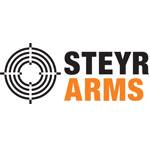 Making their home on Austria’s “iron road,” an area known for producing metals and weapons for nearly a thousand years, Steyr Mannlicher brings a pedigree and a level of elegance that you simply don’t find in other firearms.

From their masterfully finished bolt-action rifles to their revolutionary pistols and rifles, Steyr has a unique way of pushing the boundaries while solidifying the heritage they’ve so proudly inherited—reaching all the way back to the Habsburg empire hundreds of years ago.

Originally part of a larger conglomerate that produced everything from firearms to bicycles and automobiles (employing such notable designers as Ferdinand Porsche) Steyr ultimately broke away from Steyr-Daimler-Puch in 1989 and became Steyr Arms in early 2019.

It’s almost difficult to believe that the same company produces old-world target rifles alongside modern polymer bullpup rifles like the AUG—yet, that’s exactly what Steyr does.

From their many AUG rifle variants to the underrated M9 9mm pistol and the classic Steyr Scout Rifle inspired by the design specs of shooting legend Jeff Cooper, Steyr offers a surprising range of firearms with an uncompromising dedication to quality and reliability.

That’s thanks in no small part to their ultra-reliable factory magazines, which generally provide a higher level of quality and consistency than you’ll find in aftermarket alternatives. From their polymer rotary magazines to their combat-ready steel pistol mags, Steyr factory magazines can keep up with their amazing weapons.

Just scroll down to see what's in stock: