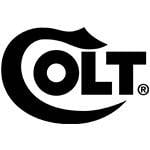 From the classic Colt Peacemaker revolver to high-quality modern M4 rifles, Colt has been on the cutting edge of American firearms innovation for over 150 years.

Originally founded back in 1855 by the legendary Samuel Colt, the company played a major role in popularizing the revolver with pistols like the Walker and the Single Action Army.

Around the turn of the century, Colt reached peak popularity with their 1911 pistol—which would serve as a reliable, government-issued sidearm for over a century—and licensed production of Thompson submachine guns (“Tommy Guns”).

In the 1960’s, Colt was tapped for licensed production of Armalite’s AR-15, which would evolve into the military-issued M16 and M4 carbine, including Colt’s Commando line of rifles.

Since then Colt has continued in the spirit of relentless innovation with a wide variety of rifles and pistols; from the LE 6920 carbine that’s trusted by top law enforcement shooters to their full line of 1911 pistols like the Delta Elite, the Gold Cup, Competition Stainless and carry-ready Mustang pistol in .380 ACP.

Evolving over the years to incorporate new features like an integrated accessory rail, longer beavertail and other internal upgrades, Colt has driven 1911 innovation for over a century—and will continue to do so well into the future.

Colt products are sold with a one-year warranty to ensure reliable performance and workmanship.