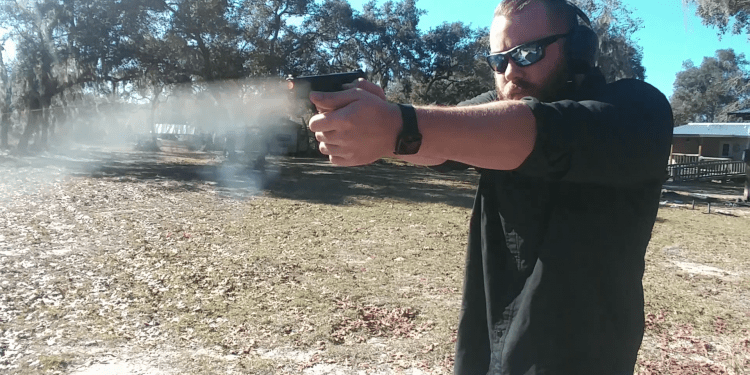 This time last year (2017) I was opening a press release from SIG and being blown away reading about the new gun they named the P365. Naturally, I felt compelled to write a full-blown SIG Sauer p365 review. It promised to be a hair smaller than a Glock 43 but offered ten rounds in a flushing fitting magazine and twelve with a pinky extension. The gun seemed too good to be true. It was a big draw at SHOT 2018 and as most people predicted this could be the ultimate carry gun. SIG was packing it full of features, and offering it at a very competitive price.

The SIG Sauer P365’s key to its success is the gun’s magazine. It’s the perfect dimensions to house 10 or 12 rounds in a compact package. Somehow they made the gun as thin and as small as most polymer frame single stacks with a semi-doublestack magazine. 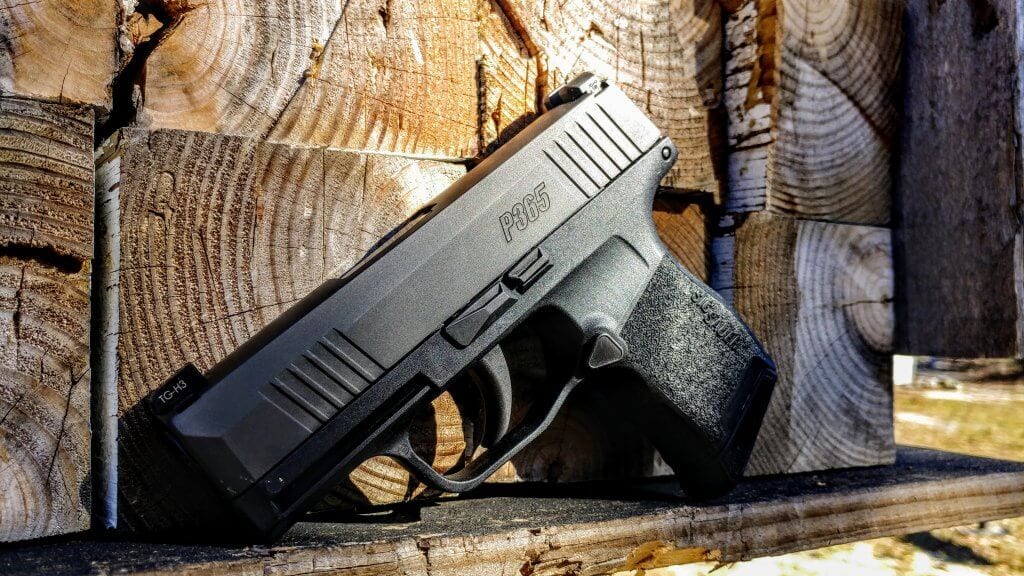 Look at this cutie.

Editor’s note: 15 round extended mags for the Sig P365 are now a thing. They’re shipping now.

The SIG P365 was not without its controversy. Almost immediately following the release of the gun shipping was stopped. Problems were uncovered that involved the SIG Lite night sights breaking off, bad trigger springs, failure to go into battery, and light primer strikes. Issues are documented by popular Youtuber Military Arms Channel over two P365s, Harry’s Holsters did a 1,000 round review and recorded a dozen or more different problems. SIG saw this and made a wise decision to do something about it. SIG issued essentially what was a generation 2 pistol pretty early on.

Reliability is often the last category I cover, but with the problems known with this gun, most people would be curious as to how the Gen 2 holds up.

Mine falls in that Gen 2 timeline, and now that I’ve had it for some time I can say the kinks are ironed out, or at least with my gun they are. I didn’t do any crazy 1k tests in one day, but after the first few months of ownership, I started keeping track of the rounds I’ve fired through the gun. I have an approximate round count of 1,300 rounds give or take. Typically I shot Winchester White Box but mixed in some of SIG’s P365 ammo, Speer Gold Dots, SIG FMJ, Zinc Fmjs, Freedom Munitions, and some Tula made its way in there. 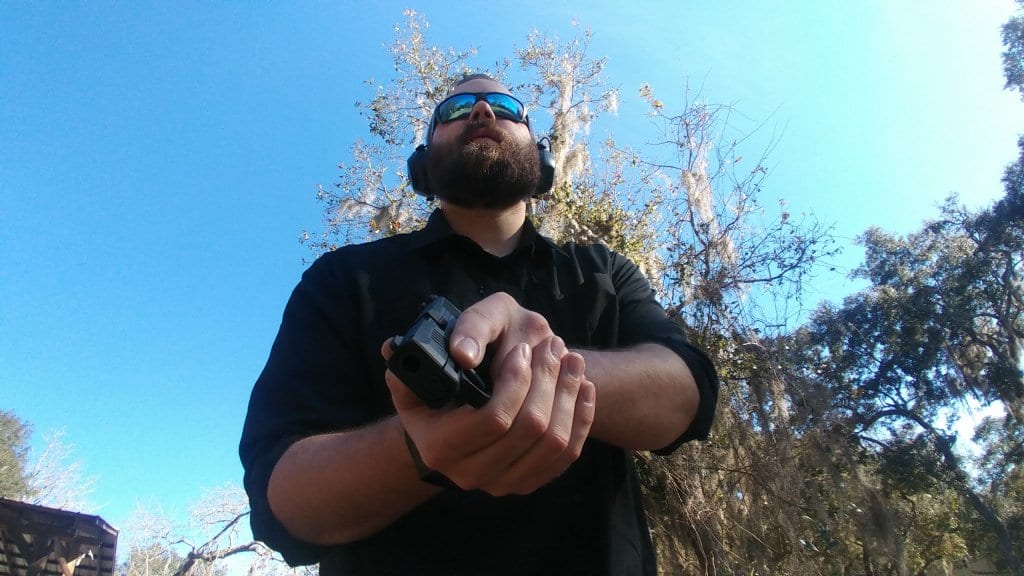 just Larping as an operator…

In terms of failures, I only experienced two failures-to-fire with Freedom Munitions American Steel Ammo. I attempted a restrike and one did fire, and the second did not. As of note, the second round would not shoot in an 80% Glock I also had at the range.

I’ve only had one failure to eject, and it occurred when firing a Dot Torture drill on the strong hand only portion. Ammo was SIG’s reduced recoil P365 load. Overall I’d say reliability is rock solid.

One of the biggest complaints and potential problems with the gun is the MIM firing pin. MIM can be perfectly suitable for firearms parts, Ruger makes it work, but when it is bad it is bad. Some owners experienced broken firing pins and a small aftermarket of steel pins has even popped up. 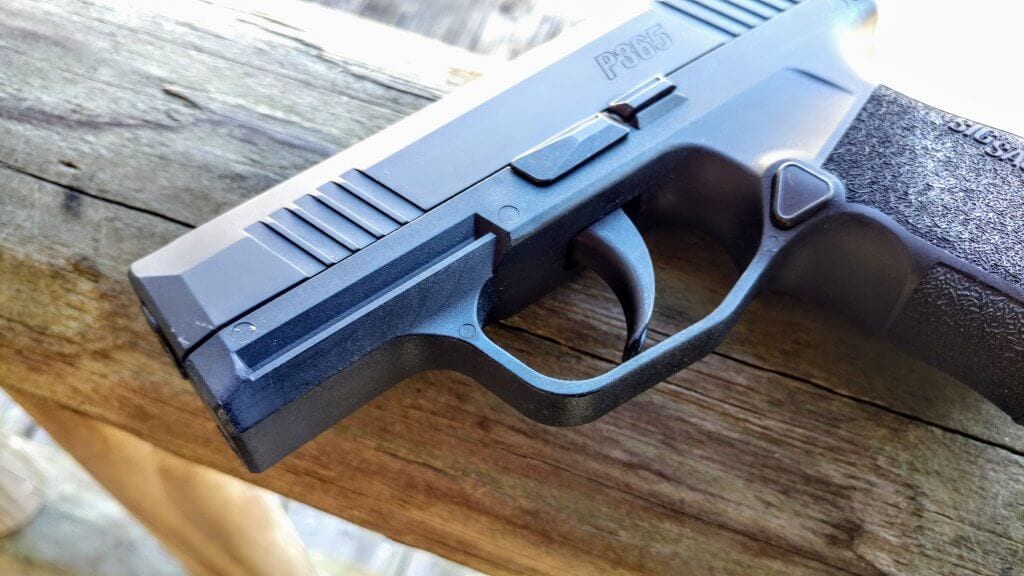 Every Day, No Days Off

The design of the weapon seems to cause an excessive amount of primer drag. Most small striker guns have this, but the P365 seems to have a touch more than most. Does this cause excessive wear? It would seem to. According to SIG, it does not. My firing pin hasn’t had issues, but many firing pins have broken or become bent. 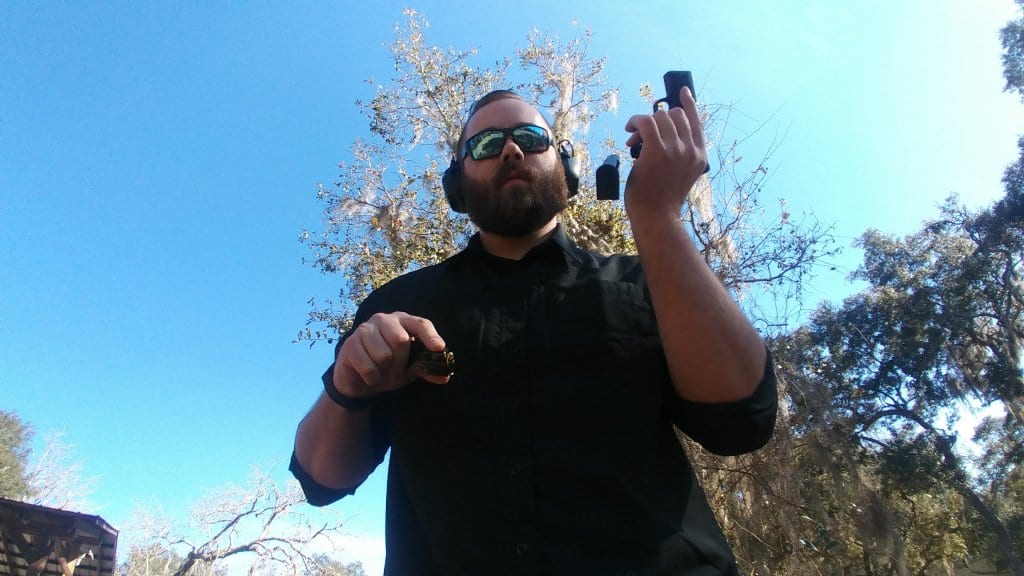 The gun doesn’t have a beavertail, so to say, but it does have a nice cliff that allows you to get your hand high on the grip without worrying about slide-bite. An issue I have with this gun and most SIGs is the placement of the slide lock.

It sits right where my thumbs go with a thumbs forward grip. This causes the slide lock to be held down, and this means the slide won’t lock back after the last round is fired (at least for me). It’s annoying but something I’ll live with.

Shooting the gun is very nice. The recoil is standard mini 9mm, so it’s a little stout and has some flip to it. Its plenty controllable and the grip is undoubtedly helpful here. Firing double taps and controlled pairs accurately is pretty easy to do with a little practice. The trigger is light and smooth. It had a clean break with minimal take-up. The reset is tactile, audible and best of all short. 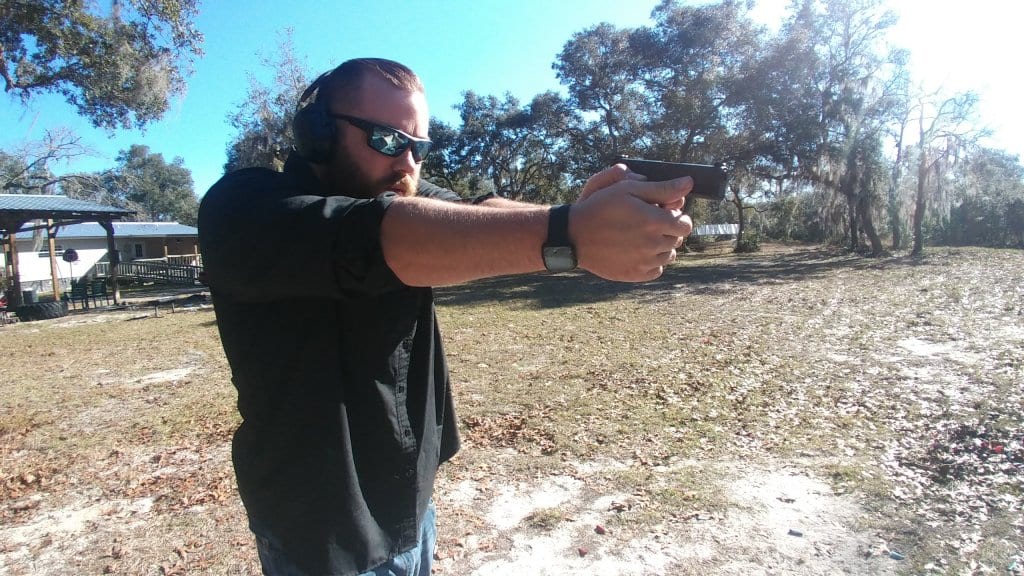 The new X-RAY3 sights are fantastic. The sights are dual purpose and work for both night and day shooting. The rear sight is blacked out with two hidden tritium vials. The front sight has a tritium vial but is surrounded by a big, bright green insert. In the dark, the sights glow incredibly bright and are easy to pick up and see. 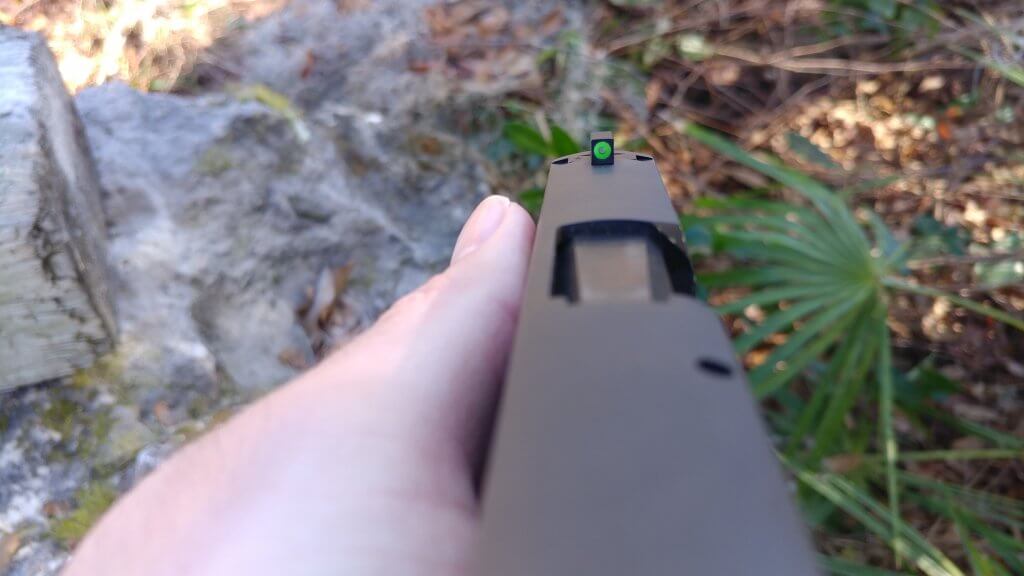 In the light, the big green dot is quick and easy to pick up and align with the blacked out rear sights. It’s straightforward to get that big front sight on target and to follow that sight with some well-placed lead. 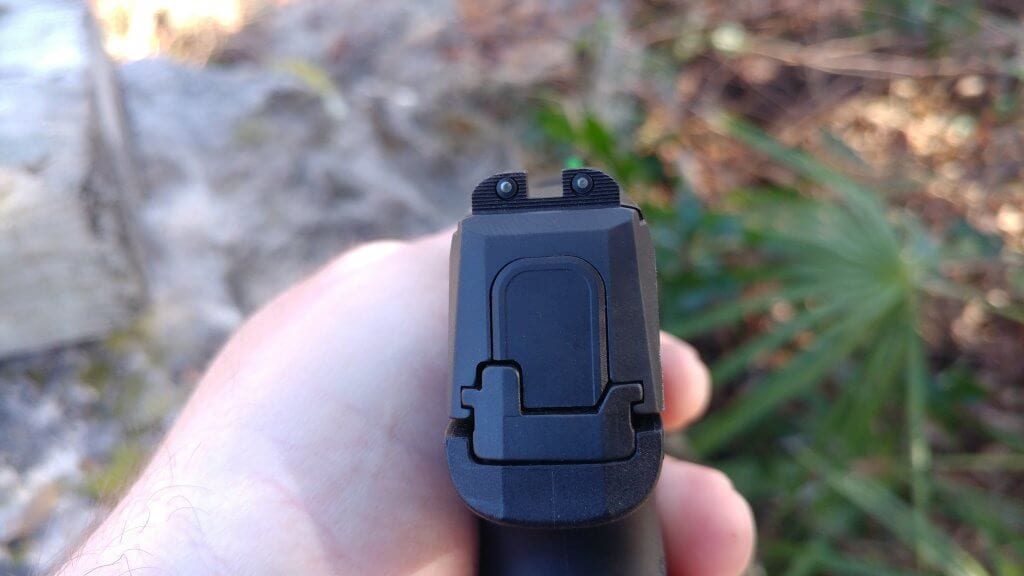 The gun is more accurate than it has any right to be, and it’s not just minute of bad guy accurate. It’s plenty capable of reaching out beyond 20 yards and remaining not just accurate, but combat capable. By combat capable I mean drawing and placing rounds on target as fast as possible. At 25 yards you can still slow down and hit small targets with excellent precision. Small guns often have small sight radius, and SIG pushed back the rear sight as far as possible to help increase sight radius.

The SIG P365 was a big hit, and plenty of companies produce holsters for it. I carry mine in a Clinger Holsters No Print Wonder V3. It disappears in an IWB rig and is a gun you can forget about when carrying. It’s small and light, I mean, look at the specs. 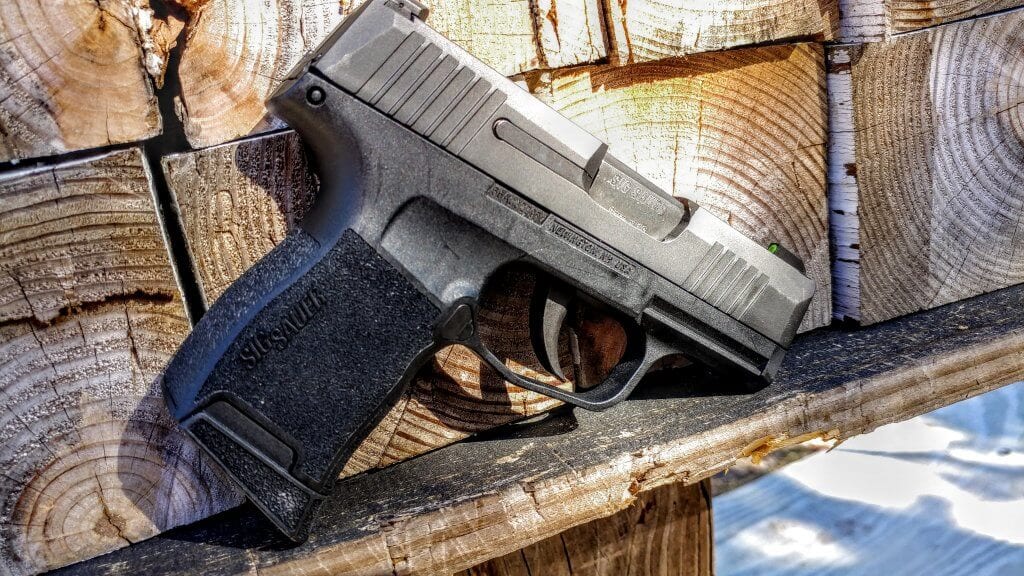 It’s smaller and lighter than the Glock 43, at least unloaded. Four to six more rounds of 9mm pushes the loaded weight up there. Even so, it’s a very comfortable and easy to carry gun. No real complaints regarding pokes and prods while carrying. It’s a bit big for pocket carry, but I’m sure someone out there will make it work. 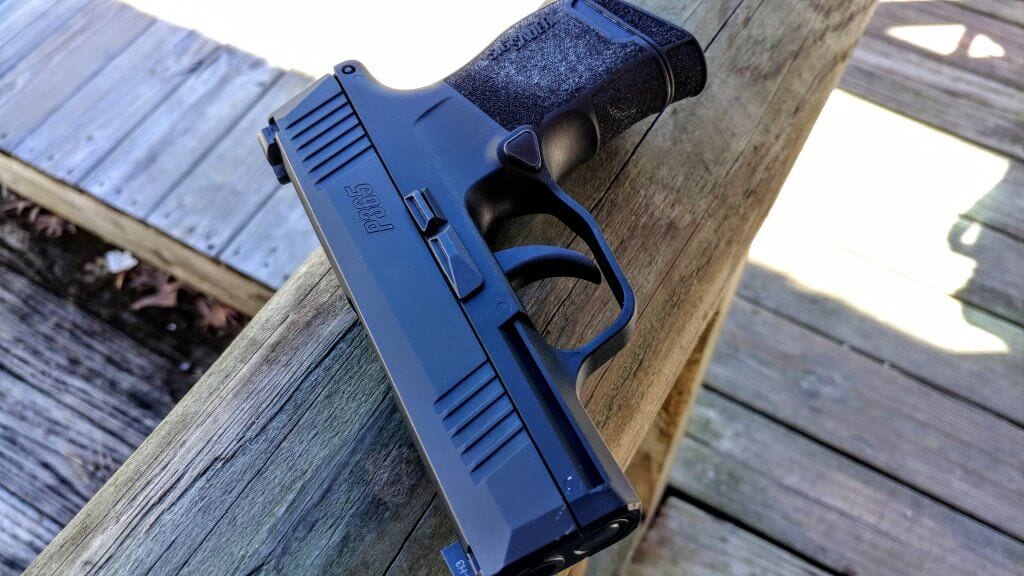 The P365 is an excellent carry gun

When it comes to complaints, I only have a few. The first is why the hell use a proprietary rail? Was a pic rail too big? I hate proprietary anything, and luckily Recover Tactical makes a rail adapter if you want to mount something to the gun. SIG does make a light and laser system for the rail and gun that is quite compact, too. 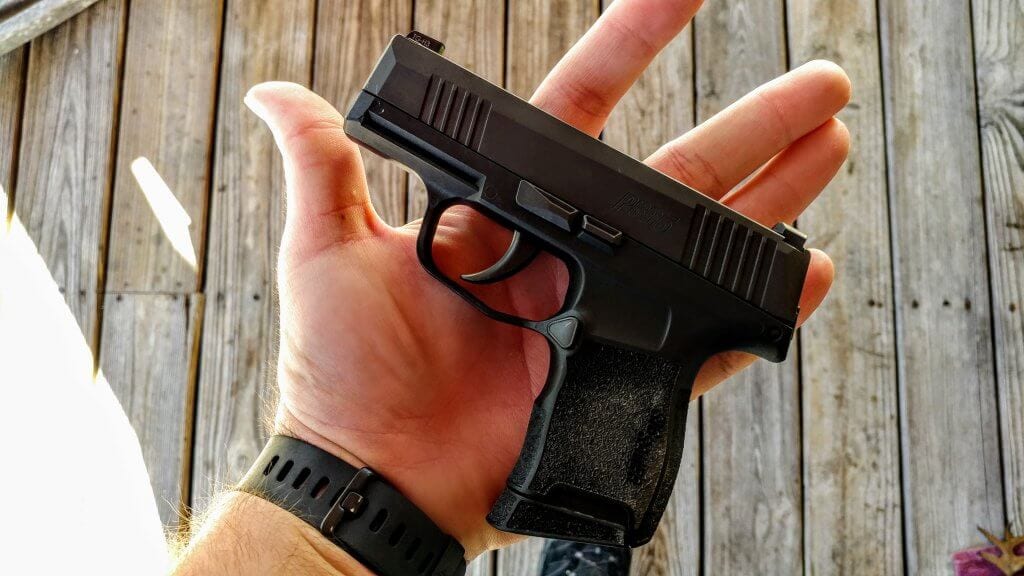 This Little Fella Has a Forever Home With Me

The P365 had some major teething issues admittedly, and SIG Sauer should have taken their time to fix these issues pre-launch, but at least they got it right… eventually. This is a great all around carry gun, and the “Gen 2” models seem to be running a lot smoother than previous models. This little guy is an excellent compromise in size, capacity, features, and price. I predicted at SHOT Show 2018 that SIG would have jump-started the need for innovation in the concealed carry market and it seems they have. 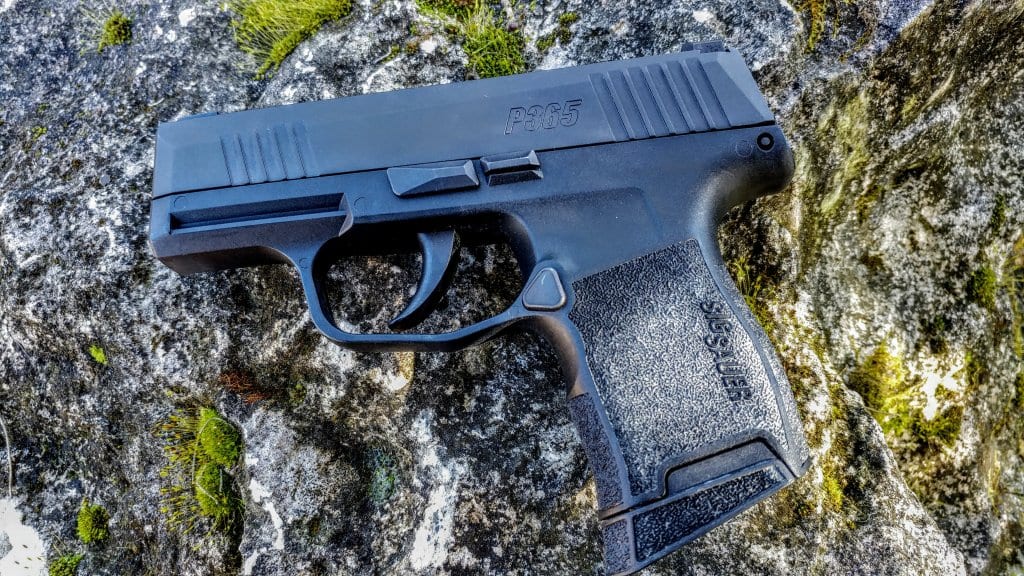 I Just enjoy this guy

Glock has responded with two new compact guns, Mossberg is tossing one out, too. The P365 continues to be a popular choice despite the initial issues, and it’s easy to see why. Will it hold the crown forever? Likely not, but we’ll see.