As many of you have already heard (and more are about to), SIG Sauer has released another hybrid compact pistol in the SIG P365 line — like its predecessors, the “SIG P365 X-Macro” has just a 1″ profile. But this one has a backwards compatible 17 round capacity P365X magazine.

This might not be as big a surprise as the original P365s were for their capacity, but that’s likely because we’ve at least partially become inured to rapid advances in small frame pistol design. That doesn’t make it any less a desirable evolution in the P365, though, particularly when you consider that same mag will fit in the P365 model you already own.

The P365-XMacro is a polymer frame, striker-fired pistol that features a new grip module, the “Macro-Compact-Grip Module”. The Macro-Compact Grip Module features a standard 1913 accessory rail, an integrally compensated optics-ready slide with their XRAY3 day/night sights, and a flat trigger. The weapon ships with interchangeable small, medium, and large backstraps, and two 17 round P365 XMacro magazines. As one would expect, the pistol  is optimized for use with SIG electro-optic red dot sights and weapon lights. 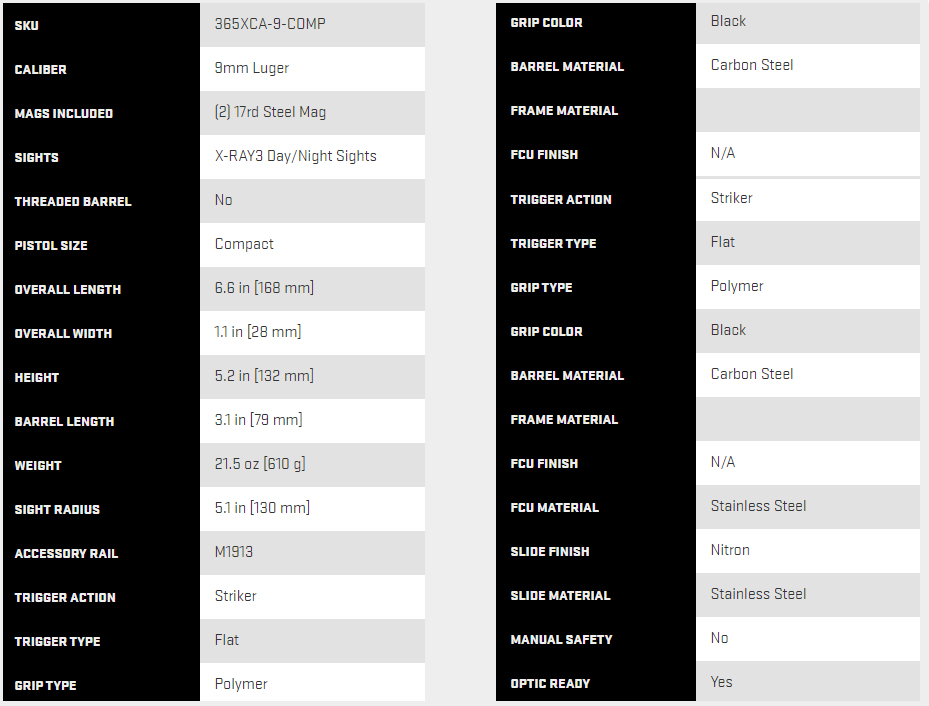 Tom Taylor, SIG’s Chief Marketing Officer, had this to say about the new pistol:

“When the P365 was introduced, it reimagined the possibilities of everyday carry, and the P365-XMACRO continues this tradition delivering more on everything that made the P365 the number one selling, and most award-winning gun in America.

“The innovative magazine design of the P365-XMACRO delivers on capacity while maintaining the slim design, making it more comfortable and more concealable than any other 17+1-round pistol on the market. The integrated compensator of the P365-XMACRO reduces muzzle flip making follow-up shots faster and easier to stay on target shot after shot for even more accuracy. It is very simple, like the name suggests, with the P365-XMACRO you get more of everything you want in an everyday carry pistol, and you no longer need to compromise your capacity for concealability or shootability.”

Eric Graves of Soldier Systems Daily says, “I spent a day on the range with the P365-XMACRO and it is a joy to shoot. The grip is comfortable in the hand and the integral compensator puts the sights with back on target, shot after shot, after shot. I’m also a fan of the flat trigger.”

Aaron Cowan of Sage Dynamics recently posted these images to social media with the comment, “The 365 line has been growing on me, and now I have [one that is] 17-round capacity, optic-ready, with adjustable back straps and a more robust accessory rail.”

He also notes that this gun does a good job of bridging the gap between “full size guns” and the micro compacts with high magazine capacity. 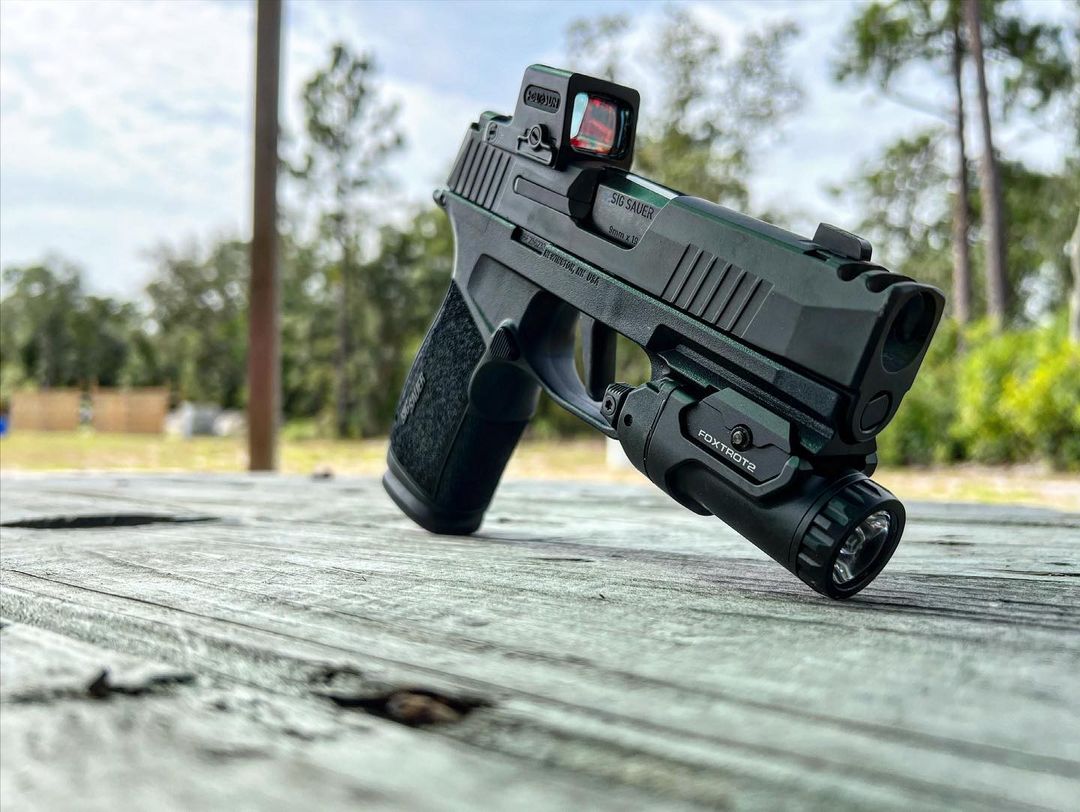 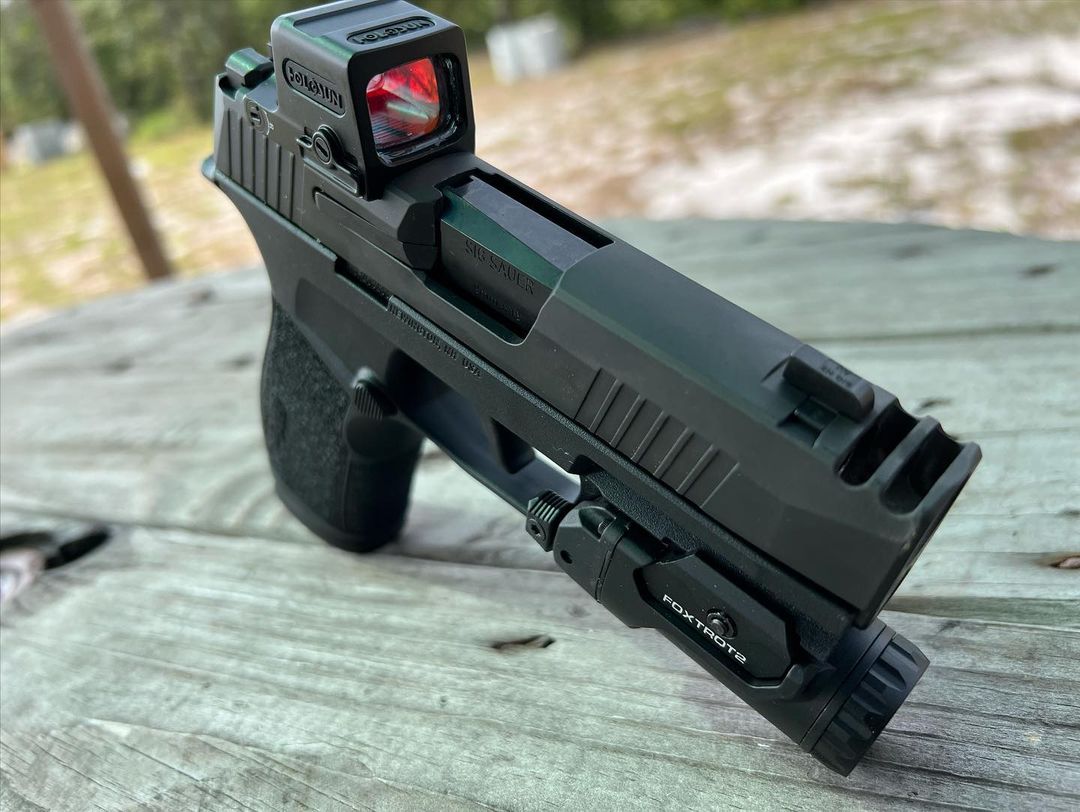 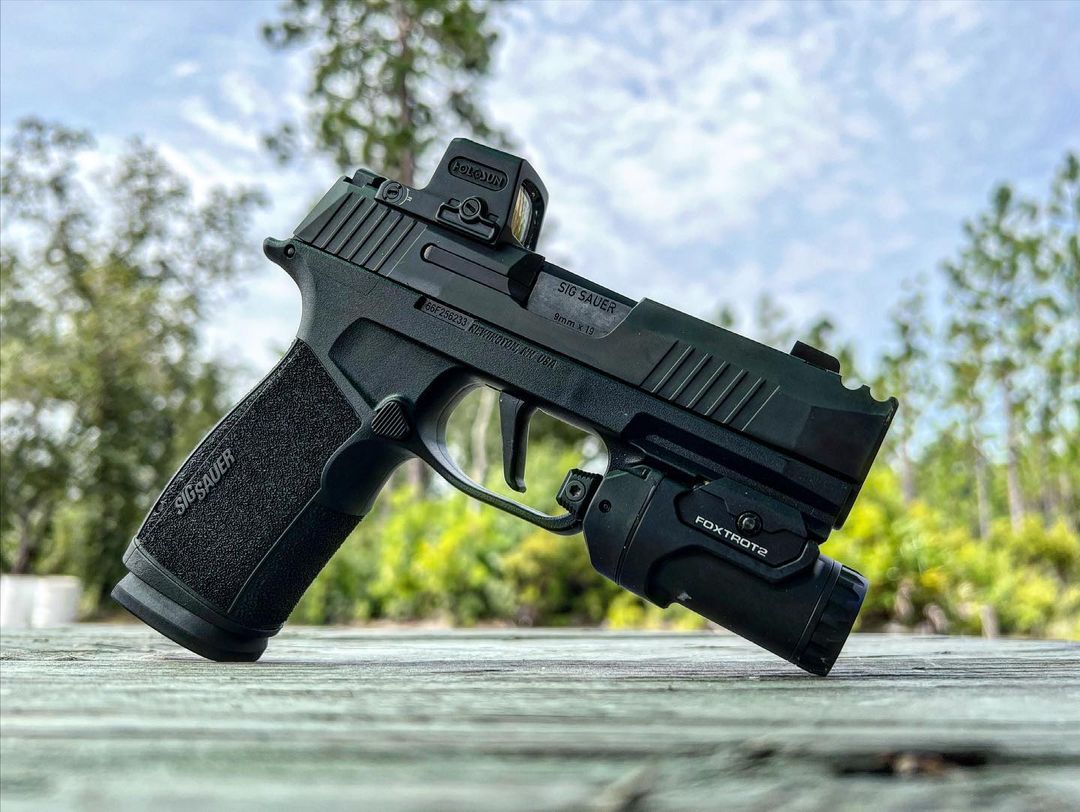 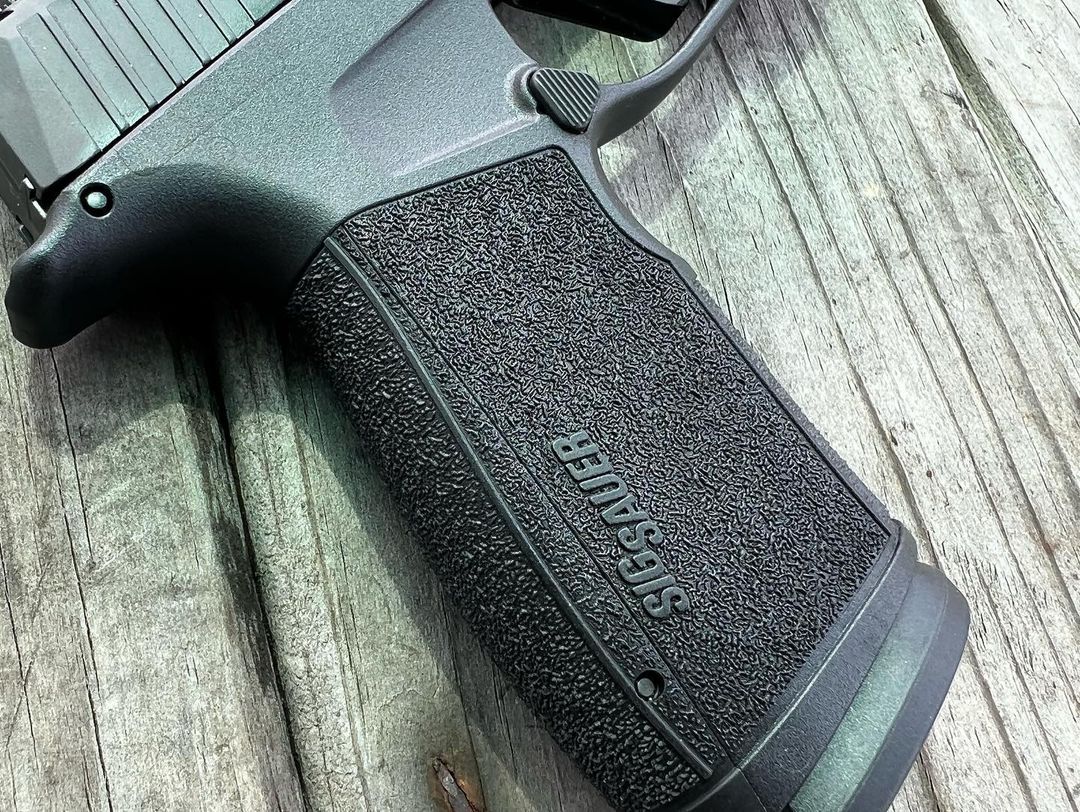 I’m a finicky shooter, easily distracted by minute nuances of a gun’s operational mannerisms. That said, the P365-XMACRO is a straight-forward, accurate, easy to point, shoot, and manipulate kind of pistol. It shoots bigger than it is. During our testing at SIG I managed a solid placement in a four-stage pistol match using the stock MACROs that everyone else used. It seems the capabilities of this pistol have the potential to elevate your game.

Other changes add to its field readiness like a full-length dust cover with proper pic rail. Its easy-carry and concealability remains essentially the same. If you still think you’re in the hunt for the perfect EDC pistol, the Sig P365 Macro may be what you’ve been waiting for.

As noted, the P365 XMacro has a 17+1 round magazine potential before mag extensions. As John Hollister of Sig Sauer Academy said, “XMacro vs XL: same slide and thinness. You just get more. Twelve vs. seventeen.

Happily, that 17-round magazine can be used in any P365 pistol (assuming you already have one). 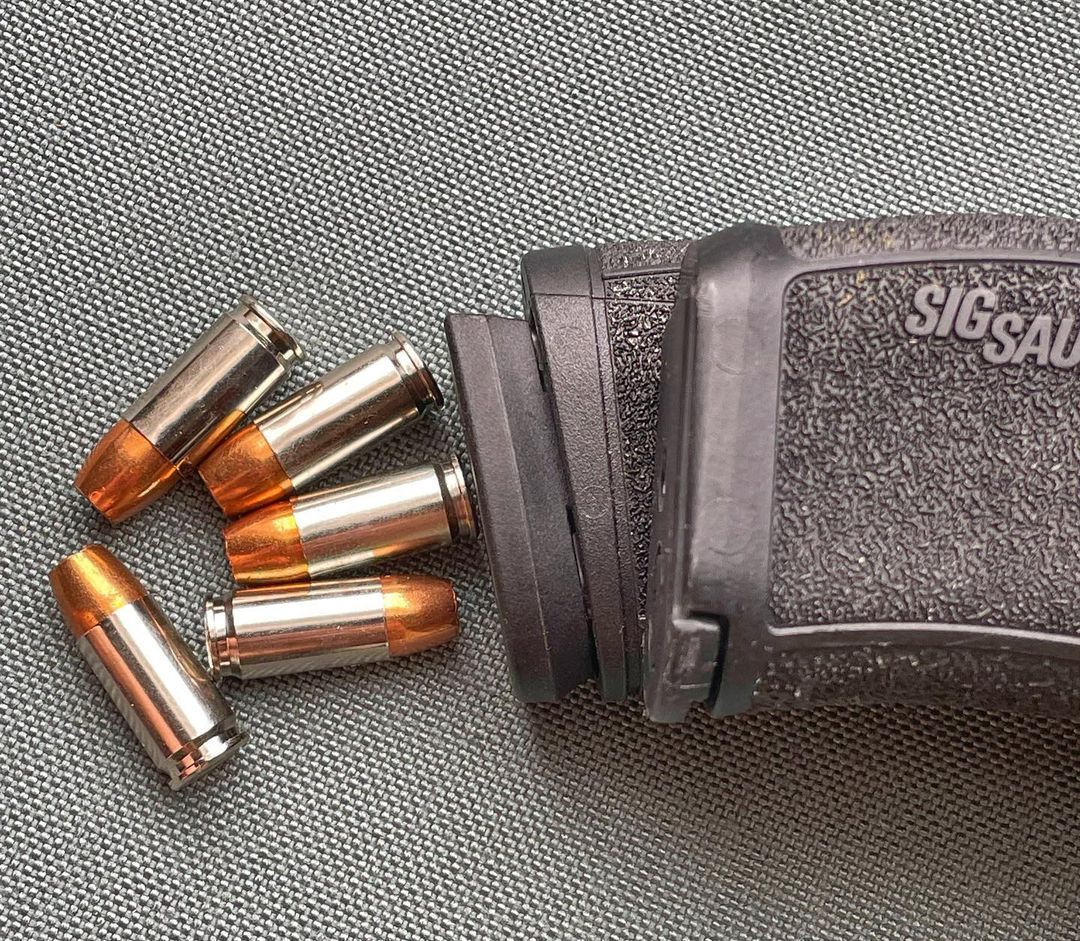 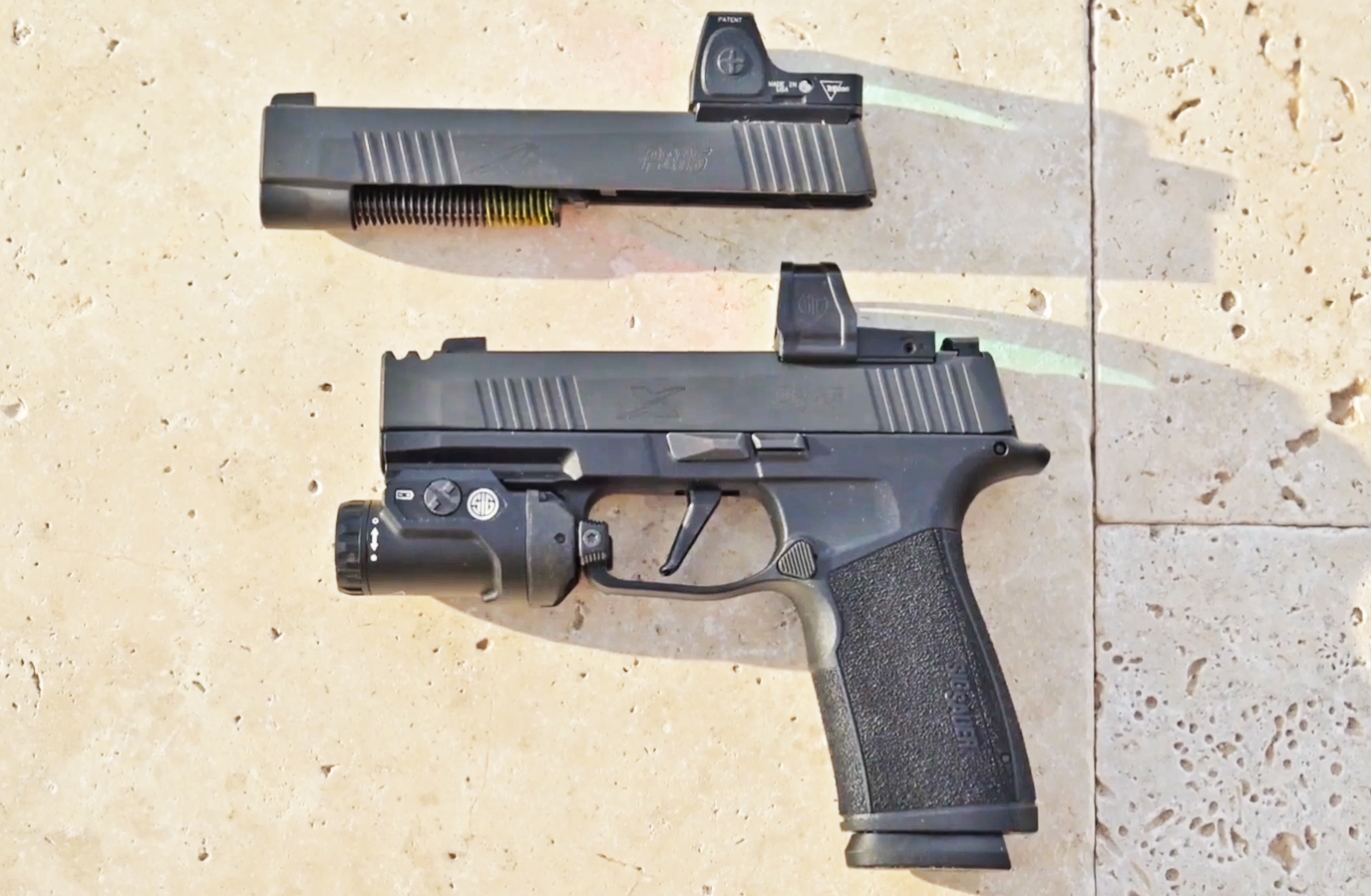 » A: NO. The P365 X-Macro is not compatible with other P365XL holsters because of the Picatinney rail. Many holster companies will have suitable models available soon.

• Q: Is this the same proprietary rail as the P365XL? Or is this a standard 1913 Pic rail that will accept most standard/typical rail-mounted accessories?

• Q: Will it be able to accept the Trijicon RMRcc?

» A: No. : No, the RMRcc is a unique footprint. This will accept The RomeoZero RomeoZero Elite or any optic with the RMSc footprint.

• Q: What is the the footprint of the Optics cut and what is it compatible with? Will this gun come with adapter plates?

» A: This slide has the RomeoZero Elite footprint. It will mount that optic directly, with no need for any adapter plates.

• Q: Will there be X-Macro models in other than 9mm?

» A: Likely no. There are no plans to make it compatible with any other calibers. 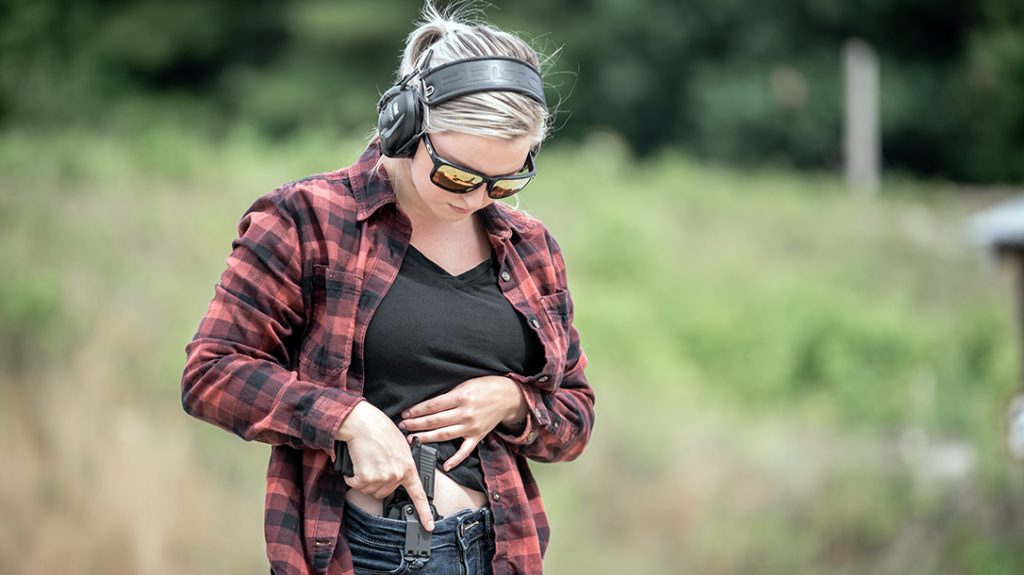 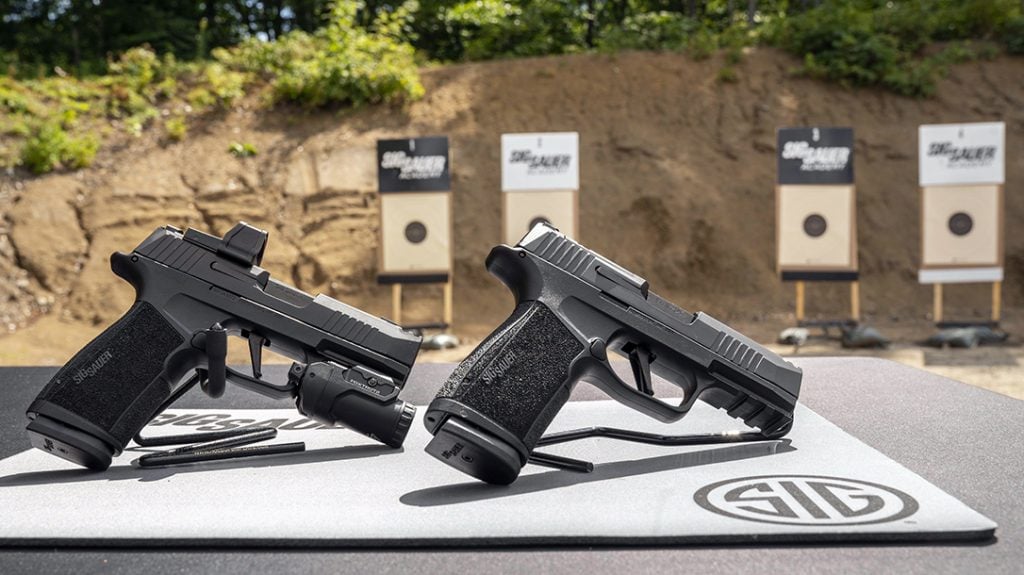 The Springfield Armory PRODIGY 1911 DS: Prodigious or No?