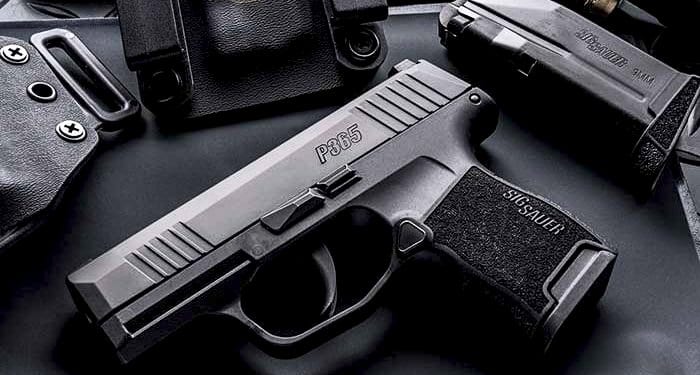 They call it the 365 because it is the “…one gun you can carry every day of the year.”

See what they did there?

Go straight to the P365 articles.

• Industry Choice Award for Handgun of the Year;

Is it the best EDC pistol we’ve seen to date? Many folks would say so — certainly those who profess loyalty to the SIG tribe. Others will argue the point, especially hardcore members of the M&P Shield Sodality and clansmen belonging to G43’s sept, but no one can dispute the weapon’s popularity. A handgun of those dimensions with a 10, 12, and even 15 round capacity? It’s easy to see the appeal.

The P365 made its screen debut in John Wick 3 – as you can see in this scene with Halle Berry.

Anyway, The Mag Life has published several articles relating to the SIG P365 over the last year and a half. Read on for those and some we have compiled others from elsewhere. 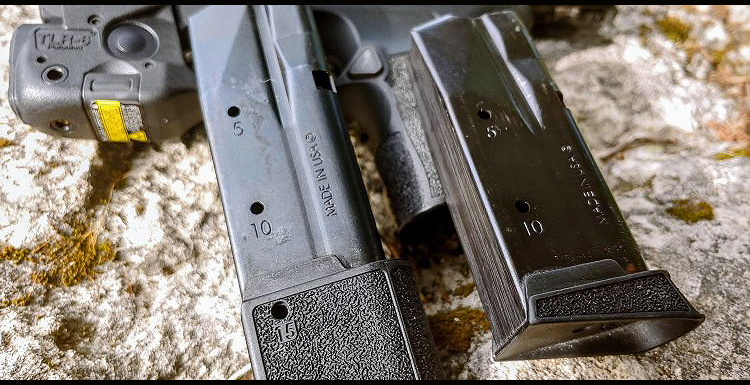 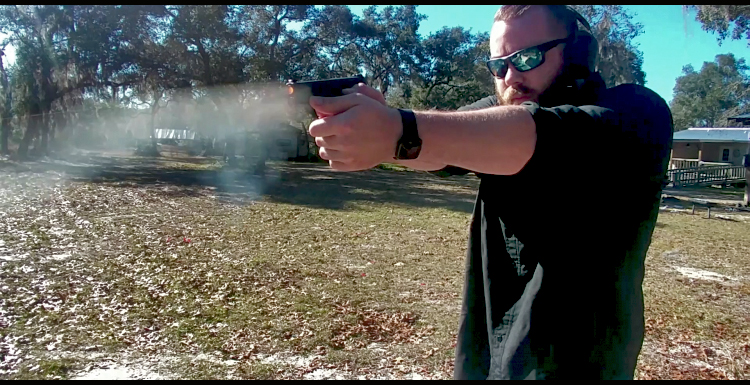 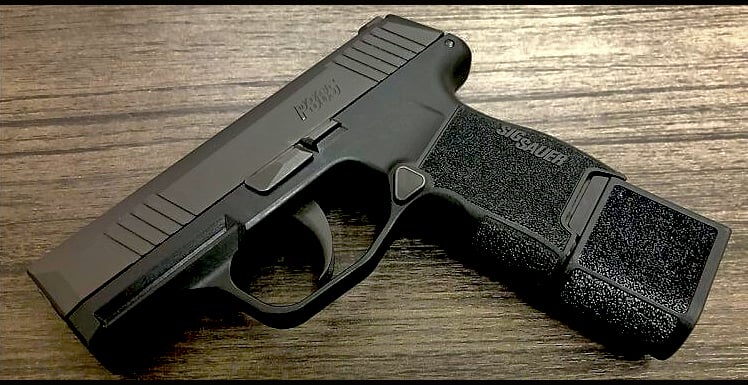 These will be ideal for range time, when you’re really dialed in on the fundamentals of marksmanship, but should also be practical for concealed carry for those with the ability to cover them up. And for those who use a P365 for use in the home, or OWB carry, this should be a logical addition to the package. The addition to the capacity is only one reason; the addition to the size of the grip would make the gun even more ergonomic. 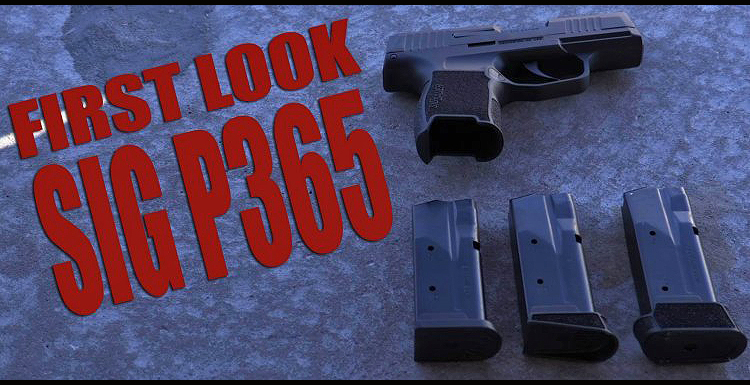 The P365 is a great addition to SIG’s line. By upping the round-count, they’re posing a serious challenge to the GLOCK 43. The gun will ship with two mags. One is a flush fit that holds 10 rounds. The other has a slight protrusion for a bit of extra grip. It will hold 10, also. A third style is available  that holds 12.

This is a good-looking SIG, too. While some shooters don’t like the angular lines on SIG’s 1911s (and their .380 single-sections), the lines on this pistol are exceptionally well executed. The texture on the frame is ample, without being ostentatious. The slide’s lines are clean, too, while still providing a great grip.

If you’re looking for some more information on SIG SAUER’s popular little pistol, check out some of the info below.

Most noticeable on the SIG Sauer P365 is the detailing on the frontstrap. While the gun doesn’t have finger grooves, as such, there’s a scalloped-out area for the second finger of the shooting hand, paired with an upward recess in the trigger guard. This area is devoid of texturing and seems intended to prevent the malady known in popular slang as “Glock knuckle,” or a raw spot on the knuckle of the strong-hand middle finger. Shooters were obviously consulted in the design of this pistol.

The only real ergonomic downside to the frame is one that is nearly unavoidable in a pistol this small. To wit, if the shooter has grownup-size hands, it’s easy to foul a magazine change in a couple of ways. If you don’t juggle the pistol a little bit in the hand, you can prevent the mag catch from protruding out the far side enough to prevent the magazine from releasing.

Further, if you don’t juggle the gun around in your hand enough when dropping the magazine, the floorplate will foul against the heel of your shooting hand, trapping the empty magazine in the SIG Sauer P365. You’ll need to work out your own hand jive for efficient mag changes. Fortunately, a 10-round magazine capacity may make needing to do them in a hurry for real less of a concern.

Josh Waynor reviewed it as well; his article was published on AmmoLand.

Firing the P356 is a unique experience. The gun is very small in just about every dimension, but it handles like a full-size pistol as far as accuracy and follow-up shots are concerned. I was honestly expecting a harsh and not-so-fun time with it, but I couldn’t have been more wrong. The thing points great, shoots like a house on fire, and somehow fits in the palm of your hand. The best part about it is hands-down the onboard capacity. It just feels weird that you don’t run out after six or seven shots with a gun so small.

You might also check out Jeff Cramblit’s article on GunsAmerica Digest; his piece compared the SIG P365 to the G43 and Shield.

When comparing the sights on the three test guns the P365 is the definite winner. Sig’s XRAY3 Day/ Night sights are really nice. The front sight dot shows up well, day or night, as advertised. The rear sight is also well executed; the outside corners are rounded to prevent snagging and digging into your flesh when carrying concealed. The tritium dots, front, and rear show up well in low light and allow easily getting hits on target.  The dots are much easier to see than the target in the darkness.

The P365 is the only one of the test guns that comes with front and rear cocking serrations, the others just having the rear. Racking the slide on smaller 9mm guns can sometimes be a challenge due to having little to hang on too while having to overcome the short stiff recoil springs.

Want to talk about it? 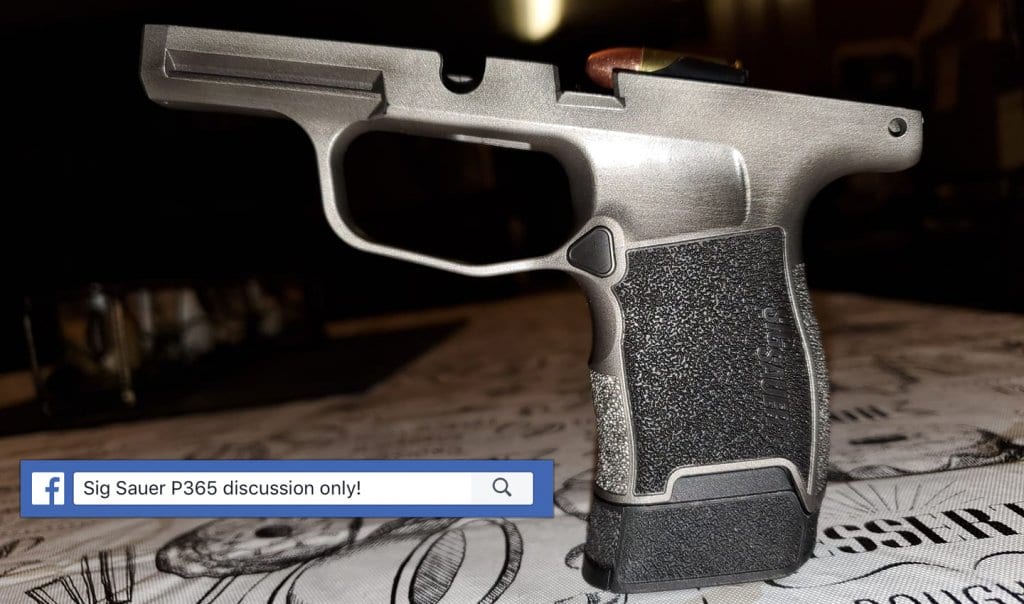 Photo by Josh Becktel of the Facebook group “SIG P365 Discussion Only” – q.v.

We think the SIG P365 is one of the top 5 concealed carry pistols you can get for the money. If you fast forward to 1:31 below you’ll hear Jeremy talk about it.