Standard Manufacturing is an interesting company making firearms that are anything but “standard.” It is the company that brought the DP-12 shotgun to market and showed off the S333 Volleyfire at the SHOT Show earlier this year. Now, the company is shipping its latest gun: the SKO Shorty.

The SKO is a semi-automatic shotgun produced by Standard Manufacturing. The SKO is a 12 gauge scattergun that mimics some of the AR look while incorporating a heavy dose of 1980s sci-fi movie chic. I don’t know if that is good or bad, as beauty is in the eye of the beholder. Regardless, the company is now offering the Shorty as an extension of this platform.

The SKO Shorty deletes the stock from the shotgun but maintains the 18” barrel. The result is a gun with a 26” overall length with an NFA legal barrel length. If I understand Standard Manufacturing’s goal, this shotgun looks to compete with the non-shotgun smoothbores on the market like the Mossberg Shockwave and the guns being made by Black Aces Tactical.

Where the SKO Shorty is different from the competition is in its action: it’s a semi-automatic gun. Most, if not all, of the other compact non-shotgun smoothbores are pump action guns.

This gun feeds from detachable box magazines, which is an advantage for some people. On a defensive gun, I’ve always liked the flexibility of being able to top off a tube magazine or drop in a slug. However, many people prefer the box magazine for quickly being able to snap in five or ten new rounds in one move.

Standard Manufacturing uses proprietary magazines, which is a problem. A 5-round magazine comes with the gun, but the company doesn’t have any additional mags available for purchase. It reminds me of the old Bren 10 problem – you can get a gun but can’t feed it. 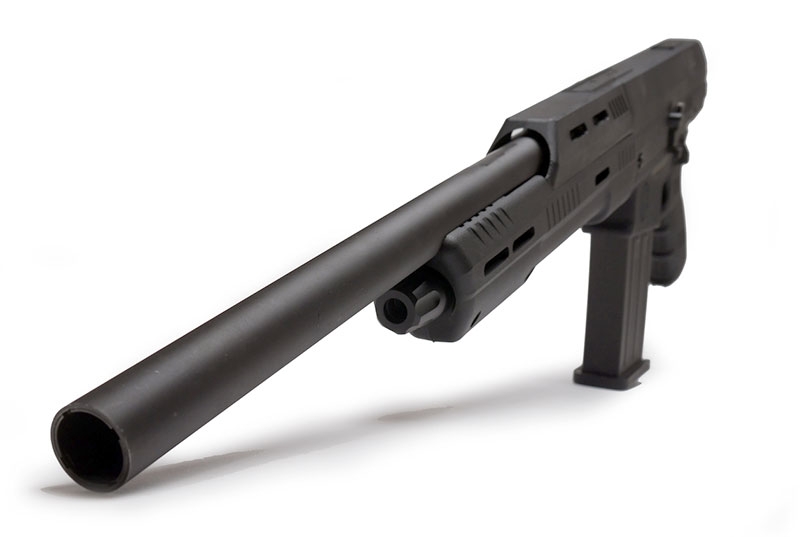 Personally, I would much rather have a shotgun that ran on a Saiga 12 pattern magazine. Shotgun magazines for these guns are plentiful and affordable. Plus, they have the advantage of years of reliability testing.

I have to admit that the SKO Shorty is interesting. Unfortunately, interesting does not always mean that I want to buy one. With a suggested retail price of $1,100, I will have to pass.