Why Slow is Fast 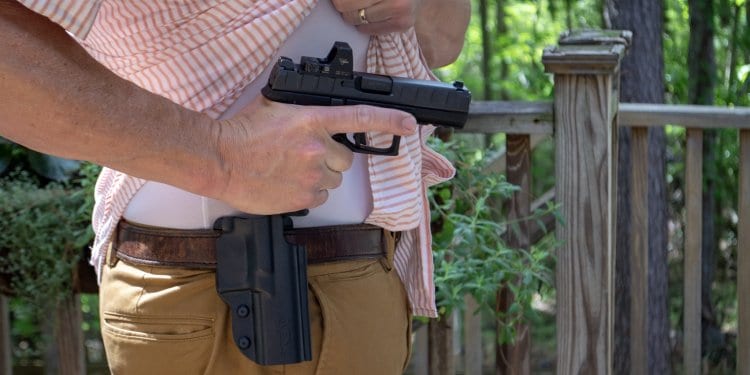 All the tactical ninjas say, “slow is smooth; smooth is fast.” Is that just one of those “blah, blah, blah…” pithy comments that gets passed along with no real thought and analysis? I’m going to say no. Here’s why practicing in slow motion works and how it can help you develop important gun-handling skills like drawing from a holster, clearing malfunctions, and reloading pistols and rifles.

While it seems simple, a draw from concealment can get you all tangled up if you focus on speed rather than perfection of movement.

First, let’s ponder a list of things you can probably do quickly and without conscious thought when you desperately need to.

Retrieve a wallet from your pants pocket.

Hit the brake pedal or shift gears while driving.

Unlock your smartphone and answer an incoming call or text.

Have you ever deliberately practiced these motions in high speed? I haven’t and I’ll bet you haven’t either. What we have done is repeat those physical motions thousands and thousands of times, probably in the exact same way each time.

While it was a corny Hollywood movie, the Karate Kid illustrated the value of perfect repetition. By waxing cars and painting fences using specific hand and arm motions, young Daniel LaRusso developed instinctive movements that were key building blocks of defensive Karate blocks.

The key to building muscle memory is exact duplication of the motion, time after time. It’s not executing the movement fast. If you focus solely on speed, but your draw stroke or magazine change is different every time you do it, you’ll never develop consistent muscle memory. As an example, are you “burning in” a motion of lifting your gun hand forward during a draw or rotating your elbow down? Every time you practice, but vary part of your motion, you’re wasting that practice routine. As an extreme example, think of how awkward your car braking speed would be if sometimes you used your right foot, sometimes, the left, other times, the toe, and now and then the heel. You get the idea. 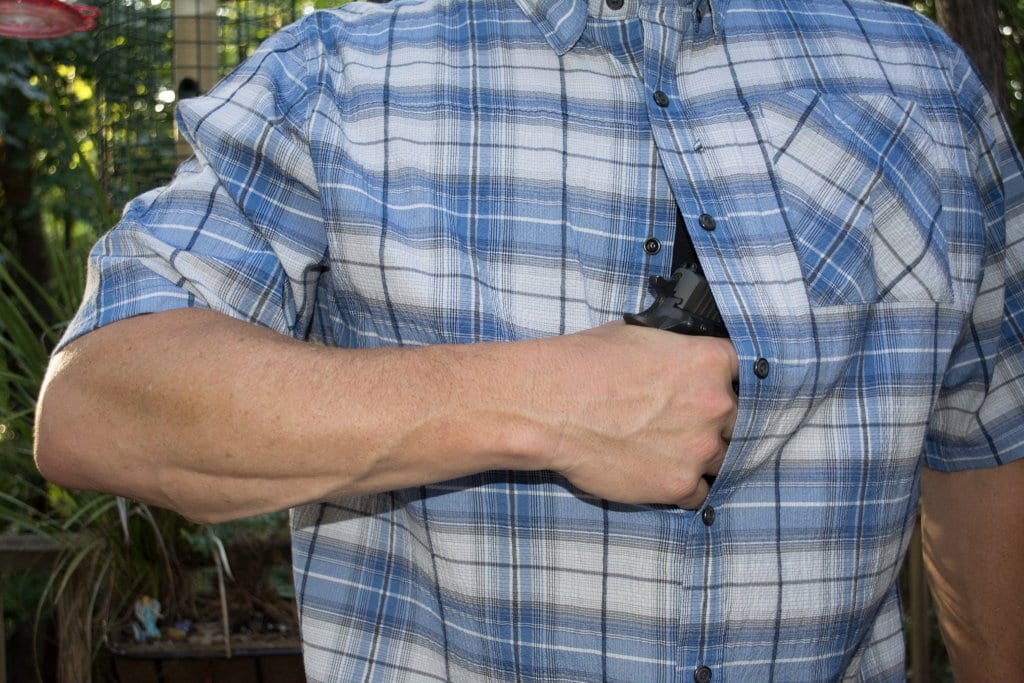 If you want a real challenge, try drawing from a deep concealment undershirt holster without lots and lots of slow and deliberate practice.

Instead, focus on executing identical motions each and every time so that someone watching a slow-motion recording couldn’t tell the difference between one draw or magazine change and the next. The way to do that is to slow down. A lot. Try practicing at half speed (or less) for starters. If you normally spend 1.5 to 2 seconds to draw and fire, practice for 5 second draws.

If you practice slowly, but perfectly, you’ll get a free bonus. After a couple thousand repetitions, when someone yells “Draw!” you’ll be amazed at how fast and smooth you are – even though you practiced in slow motion.