Most people who shoot .300blk AR-15s are using .223/5.56 AR-15 magazines. There isn’t anything necessarily wrong with this and will work most of the time. However, there are times where it doesn’t work. I personally have experienced feeding issues with an ETS AR mag feeding factory 220gr subsonic loads by Blackhills and Sig Sauer out of a Sig MCX.

Last January Magpul announced that they were creating a new PMAG dedicated for .300blk. The problem is the wide variety of shapes and sizes in .300blk. Check out the small variety in the photo below.

Well, the magazine has now been shipping from Magpul. They even made a short video explaining the magazine changes.

Here is a small comparison that illustrates the issue. The diameter of the round is different at the same measurement. 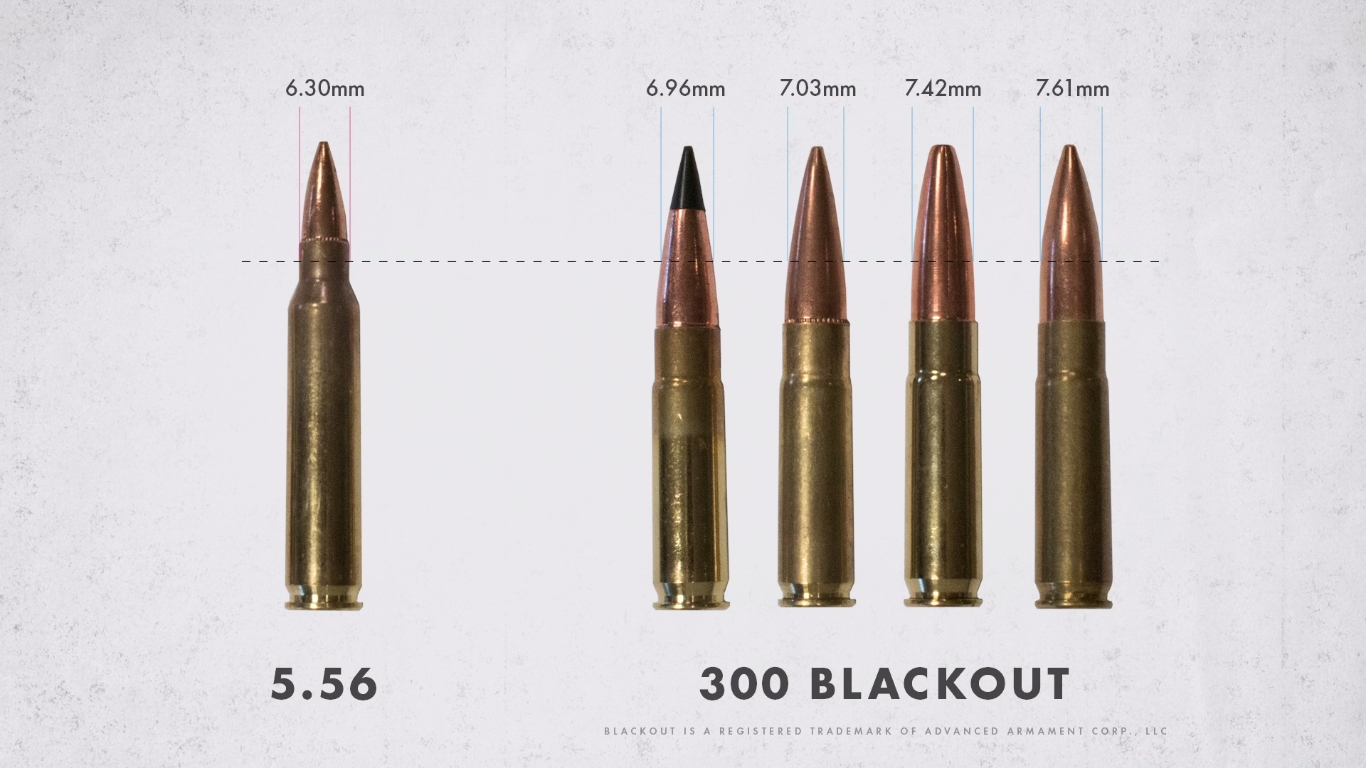 Here is an overly simplified illustration of how .223/5.56 rounds are supposed to stack in the magazine. 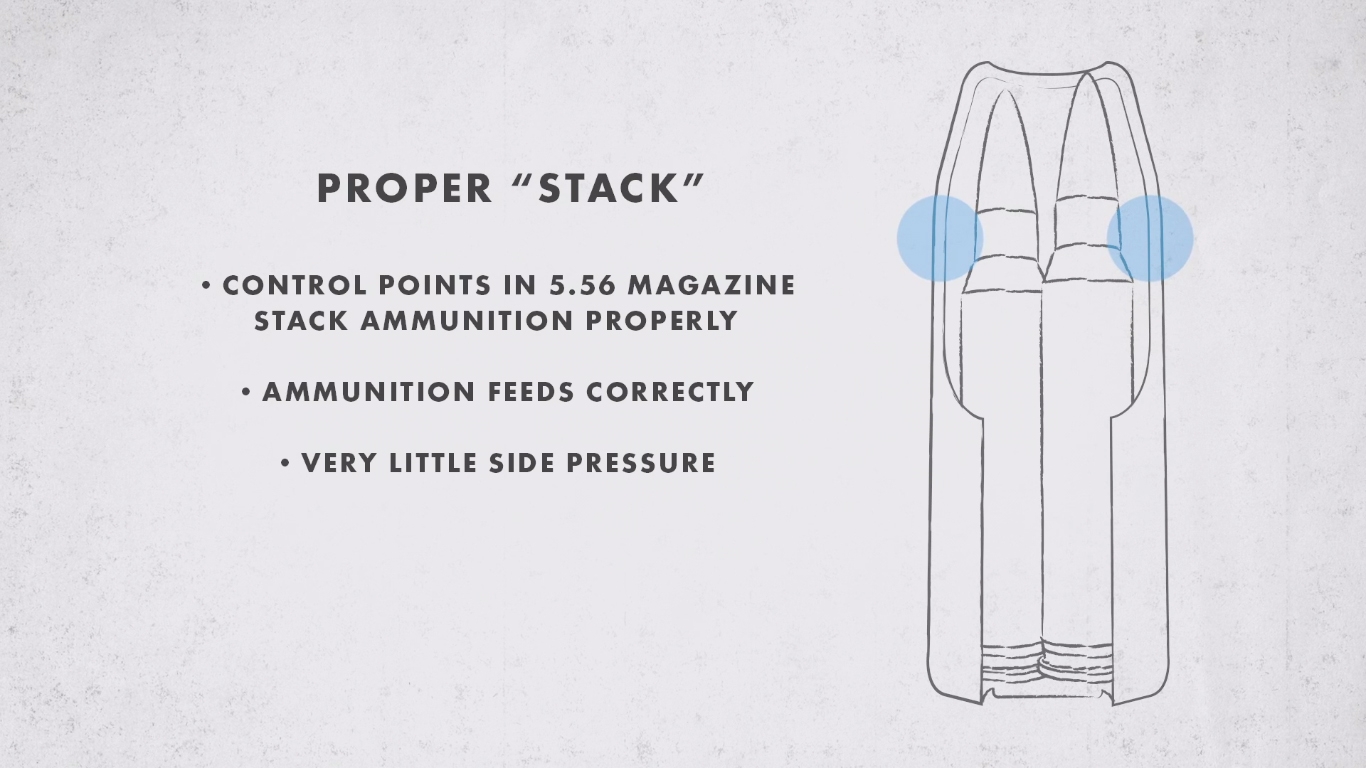 And here is an illustration of how .300blk rounds can improperly stack in a conventional .223/5.56 PMAG. As you can see, due to the shape of the rounds, the cartridges do not stack evenly which creates added pressure, and limits capacity. 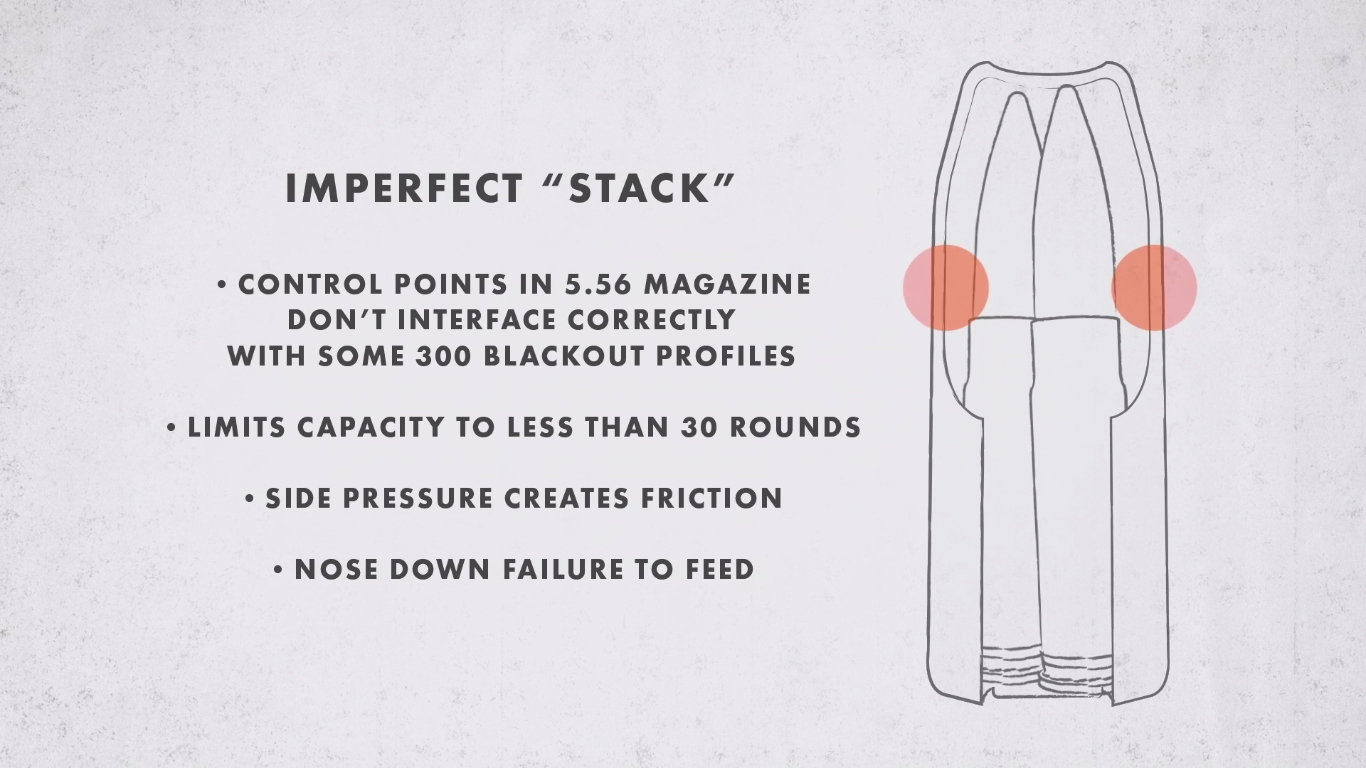 So they redesigned the PMAG 30 AR 300B to address the issues mentioned above. Magpul also made some subtle differences to the PMAG 300B to avoid confusing these mags with regular AR-15 PMAGs. 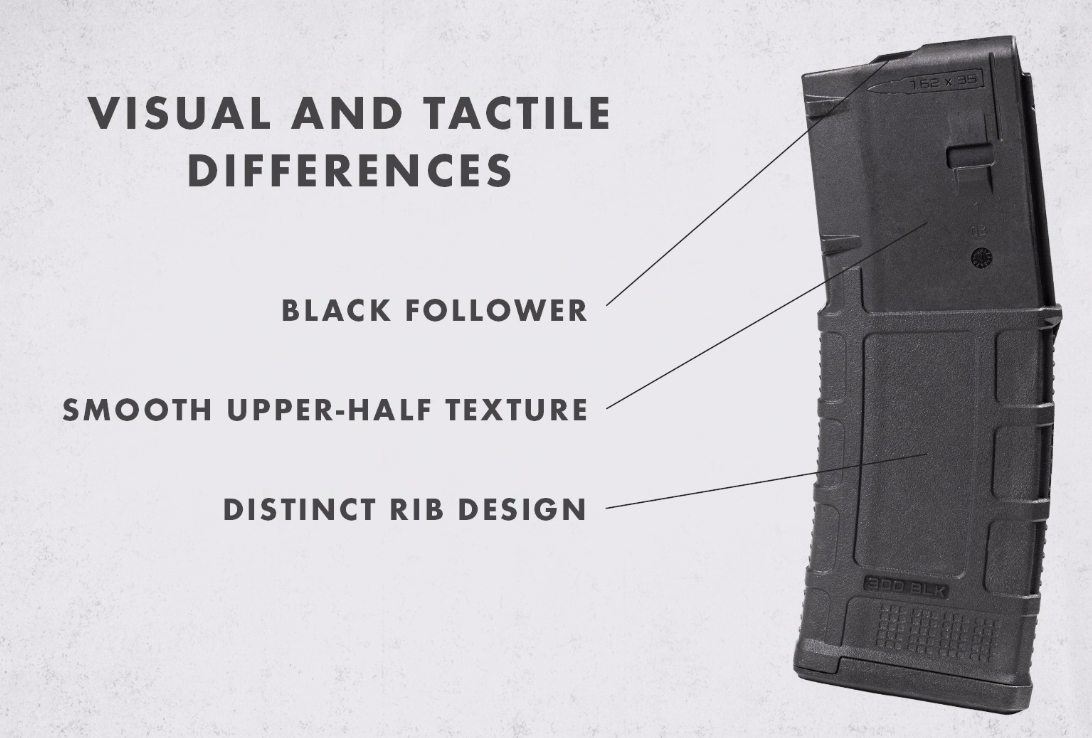 I like the use of the black follower so you can easily ID the difference and know that you should not put .223/5.56 rounds in it. Now Magpul has not mentioned what happens if you use this to feed .223 in your .223/5.56 chambered AR. I suspect it might work but not recommended. Just use a regular PMAG.

At the moment it is only available in black. I hope they release it in the new medium coyote tan color and windowed in the future. The new 300B PMAG retails for only $15.95.

Keep checking our website for when they will be available.