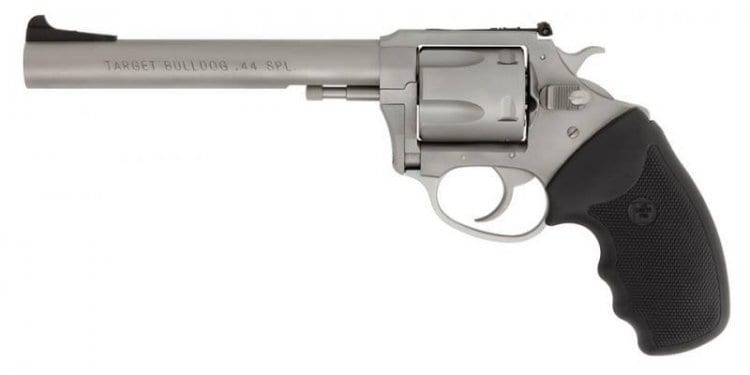 When you think about double action revolvers, Smith & Wesson or Ruger might be the first company that jumps to mind. Maybe you have fond memories of the classic Colts. All fine guns, and I own my fair share.

When someone mentions the .44 Special cartridge, however, I frequently think back to an article I read some years ago. The story recounted a woman who was attacked on the street by a larger, stronger man. The attacker did not expect that the woman would bring a Charter Arms Bulldog out of her purse and give him .44 caliber perforations. 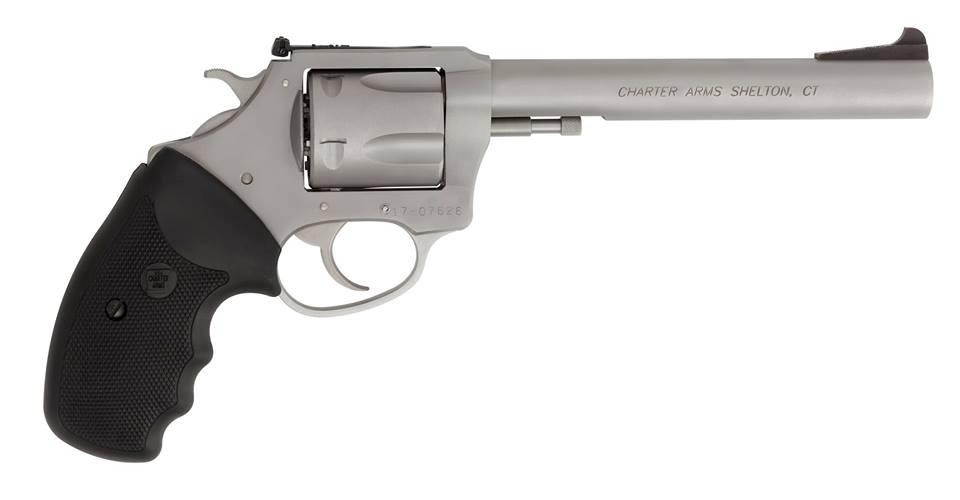 That was the 80’s and I was still (relatively) young. I was still learning about firearms, and the idea of a compact revolver loaded with .44 Special cartridges held a certain appeal. From that point on, I would often think about that gun when the cartridge was mentioned.

The latest new gun introduction is a full size, target version of the Bulldog revolver. This new gun uses the same frame as the existing Bulldogs, but adds a 6” barrel. The longer barrel may not be conducive for concealed carry, but it can increase bullet velocity. Additionally, it lengthens the sight radius for improved precision in your aiming.

On top of the gun is a set of target sights. These replace the standard ramp and notch found on the smaller Bulldogs. The front sight is a Patridge style with an adjustable rear sight. This should give a shooter a crisp sight picture.

For comparison, the below photo is of a standard Bulldog with the 2.5″ barrel and ramped front sight. The Tiger Stripe finish is no longer offered by the company. 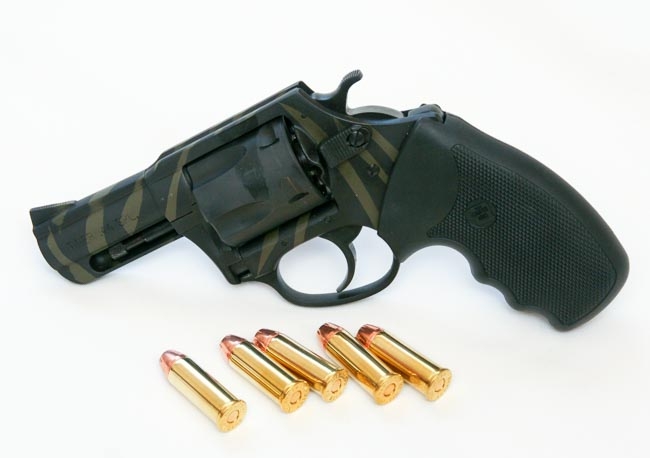 According to the company, these guns are already shipping to dealers. They carry a suggested retail price of $492.25. At the time of this writing, the guns are not yet listed on the Charter Arms website, but your local dealer should be able to order them through their distributors.