Governor Rick Scott, a supposed Republican, signed one of the most ridiculous bills banning bump stocks to ever exist. The interpretation is so broad that any device that could possibly accelerate a weapon’s rate of fire is banned. This includes the very awesome binary triggers. I was furious then, and now I’m even more furious that the BFSIII 22-C1 has been released. This binary trigger is made for my favorite rimfire rifle, the Ruger 10/22. I’m mad because binary triggers are a lot of fun, but they also make a range trip expensive with how fast they chew through ammo.

A binary trigger for the Ruger 10/22 sounds like the most fun you can have with your pants on. If you’re new to binary triggers and assume a binary trigger is something that college freshmen develop, then allow me to explain. Binary triggers are triggers that allow a weapon to fire when the trigger is pulled and when it is released. If you run your trigger fingers pretty fast you can spew lead at a crazy fast rate. 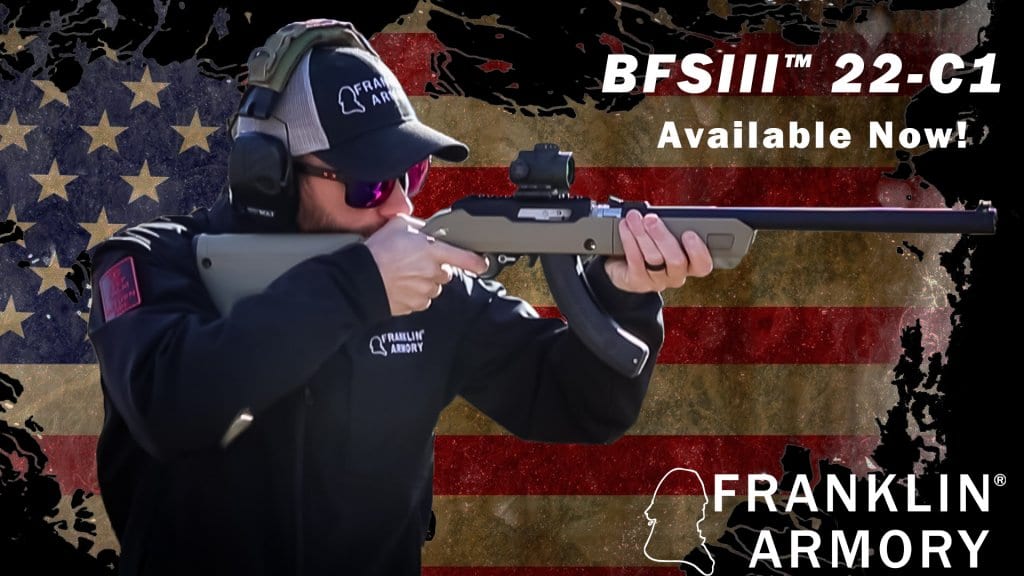 The design still allows your 10/22 to function normally if you so choose. The 22-C1 replaces the standard Ruger 10/22 safety with one that’s more akin to an AR-15. It has three positions that include safe, one bang, and then a third that goes bang on release and bang on fire. An AR-15 safety on a Ruger 10/22 sounds silly, but the good news is Franklin Armory made it work nicely, and it’s even ambidextrous.

Should you pull the trigger on binary mode and then decide you do not want the trigger to fire upon release you can move the switch to semi or safe and release the trigger without the weapon firing. It’s quite safe and my experience with binary triggers on both ARs and CZ Scorpions has been nothing but positive.

While this design sounds like a machine gun, it is not and has been approved by the ATF. Unfortunately, that’s been ignored by freedom-hating Republicans from Florida and I can’t own one.

Franklin Armory just released the 22-C1 and it’s already sold out. The good news is inventory is updated weekly and new models should be in soon. The BFSIII 22-C1 is also very crisp and clean as a trigger. It’s more than a novelty and does provide a nice trigger experience outside of the fun factor of it. Check it out and see what it’s all about.