Carry a Cheap Pistol… In Case You Have to Use It? 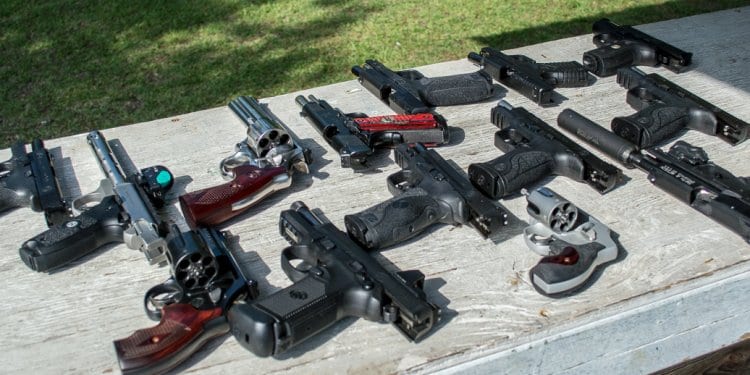 Since the official word of 2018 seems to be “sanctimonious,” I want to call out an important issue: nice gun shaming. If you choose to carry a gun that costs more than a used Hi-Point, you might be judged as fiscally irresponsible, wasteful, or at a minimum, extravagant.

Both of these are solid carry guns. Would you ever choose to carry the one you didn’t shoot as well solely based on price?

Here’s the thing. I hear from lots of folks that one should carry a cheap pistol in case they ever have to use it. Why? The reasoning goes like this. If you ever have to use your firearm in a self-defense encounter, it will almost certainly be seized as evidence, even if it’s blindingly obvious that you acted properly and charges will not likely be filed against you. If it’s taken, then your gun will sit in some evidence locker for days, weeks, months or a couple of millennia. It’s inconvenient for you to carry a gun that’s stowed away at the police department, so you will be without from that day forward, and you’ll have to buy a new one to replace your confiscated firearm.

At first perusal, the logic appears to make a bit of sense, kind of like urinal polishing. Who would want to spend extra money on a quality gun that might be confiscated? What a waste, right? Think of all the things you could do with the money saved like taking Macarena classes or enrolling in hamster cosmetology school. 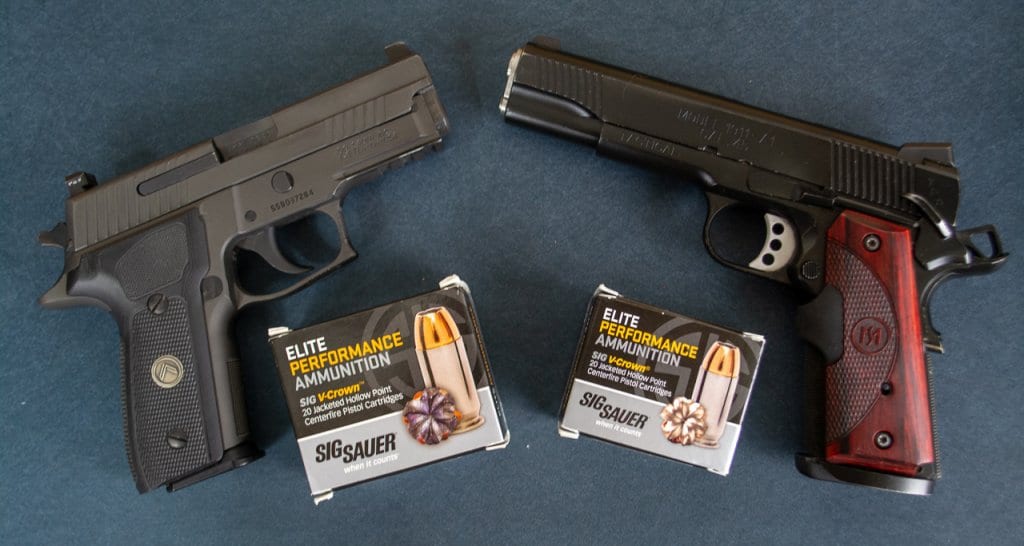 If I had to use one of these for self-defense and it was confiscated as evidence, it would hurt, but I’d get over it. Being alive and all…

In fact, the idea makes so much sense that I’m going to apply it to other areas of my life. Those airbags in my car? They add extra weight and take up valuable storage where I could keep Slim Jims. I’m ripping them out. If I ever get in a wreck, they’ll inflate so I’ll just have to buy new ones. While we’re talking about cars, I’m selling my premium tires and installing used re-treads. If I’m ever in an accident, I certainly don’t want to risk damaging expensive tires. Oh, and my dog? Outta here. What if she dies at some point? All the money I spent on quality food and treats would be completely wasted. Don’t even get me started on fire extinguishers. When you use one, all the expensive stuff you purchased gets sprayed all over the floor. What a waste. I think a partially used fire extinguisher makes a heck of a lot more sense. 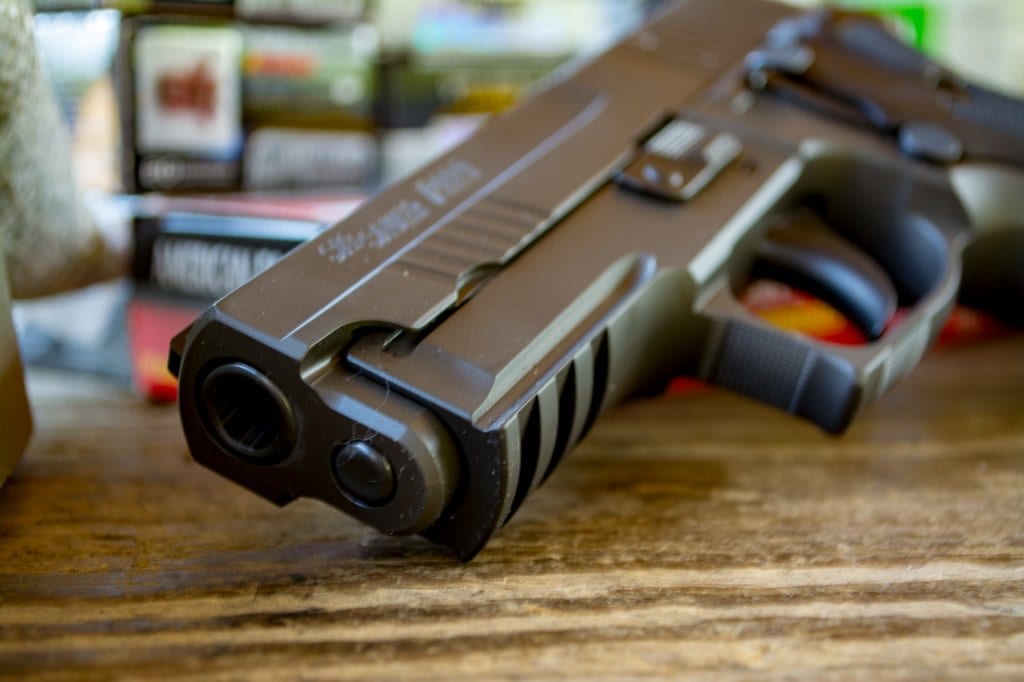 This Sig Sauer Legion costs a pretty penny, but I shoot it far better than alternative guns that might cost less, so I carry it.

Since it’s apparently dumb to carry a nice gun because it might be taken from you if you have to use it to… oh, wait… save your freakin’ life, I consider that a shaming move by the sweet gun justice warriors. Needless to say, I have some different opinions on the matter.

If you want to carry an inexpensive gun, knock yourself out. I’m happy for you and wish you the best. With the quality of almost all production guns today, it should work just peachy for you should you ever need to use it.

Assuming you can afford it, get a reputable gun, but also carry quality magazines. What’s the biggest point of potential failure? Magazines. Don’t cheap out on them either, even though they might be confiscated too. If you spend $30 on a good magazine versus $9.95 for a cheap one, that extra $20 won’t seem very significant at all if you use it to save your life one day, especially if the Dollar Store special falls apart during use. 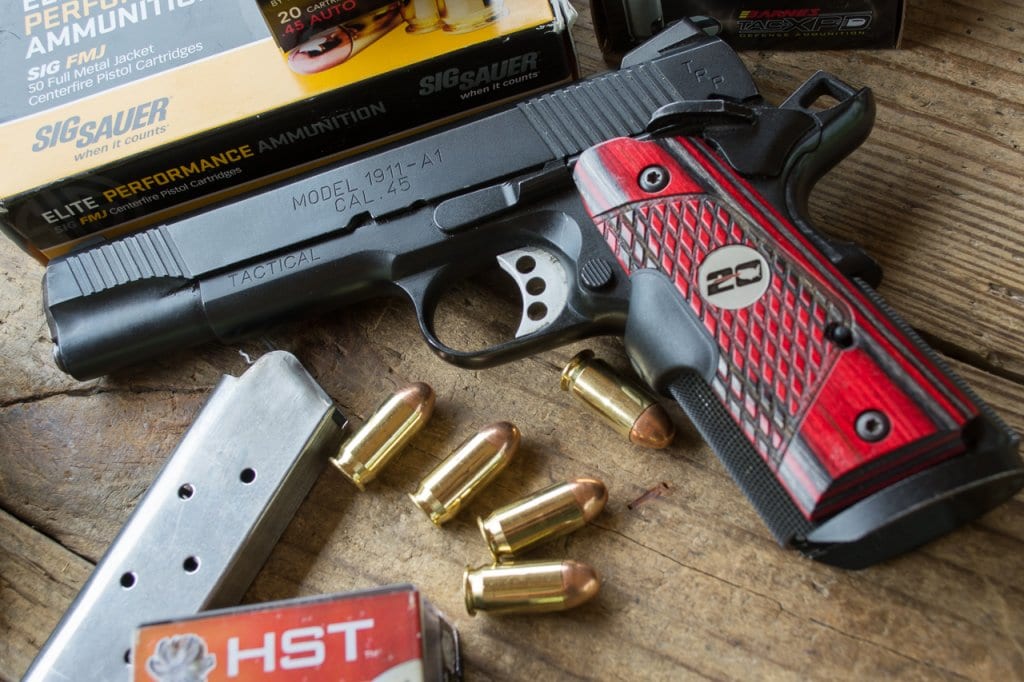 If you shoot a fancy 1911 well, there’s no good reason not to carry it.

The only reason to carry a firearm at all is to save your life, or at minimum, protect yourself and/or your family from grave bodily harm. That’s it. So the real question comes down to the value of your life and the lives of your loved ones. Are they worth $250? $500? $1,000? $10 billion? You get the idea. Granted, buying a more expensive handgun does not guarantee that you’ll prevail in a defensive encounter. That boils down to some unpredictable blend of skill, circumstance, will, and dumb luck. However, if better equipment improves your odds, even a little, is that not one of the best investments ever?

I carry a variety of guns as a result of what I do for a living. Sometimes it’s a Springfield Armory TRP 1911 which sells for about $1,300. Other times, I might carry a $1,200 Sig Sauer Legion or an $800 Beretta PX4 Compact Carry. When space is at a premium, I might carry a Springfield Armory XD-S which sells for about $400. They’re all nice guns but do you know what? If I have to use one of them to save my life, I won’t cry for a minute about surrendering it as evidence and having to buy a replacement. That kind of sucks, but I’ll be alive to think about the pros and cons.

My bottom line? I’ll carry whatever gives me the best odds of succeeding when my life depends on it. Oh, wait. It does.