I should by nature be a big fan of bipods. I served as a Marine Machine Gunner for 5 years and the majority of the weapon systems I employed utilized bipods. A bipod is without a doubt a very handy tool to have on any rifle (or as in my case, machine gun). They enhance stability and therefore accuracy. Bipods are great, but what about a smaller option? That’s where the MagPod comes in: and that’s why some will say the MagPod is on of the #1 AR magazine accessories you can get.

Yes, GunMag Warehouse sells the MagPod. No this isn’t a sales pitch. It would be a great accessory even if GMW didn’t carry them.

A myth I heard throughout my time as a shooter is that resting a magazine on the ground will cause feeding issues. That misunderstanding began many years ago, with older magazines. Problems with older magazines led to the development of newer magazines, which is why that myth is nowadays just that — a myth. There was a time when AR/M16 and similar magazines were trash, but that time has (barring a few substandard brands) long passed.

Rest assured your rifle will feed fine when you use the magazine as a monopod; thus the MagPod is something you should consider.

On modern rifles bipods are great, but they tend to have a few issues. They add weight to the front of the gun and add a bit of bulk. On some guns this is okay, but on the super small ARs that are popular as of late, they are out of place. These ARs are often designed with the idea of CQB and running gunfights, or just to be loud range toys. Rarely are they used for precision shots and in the prone. But rarely doesn’t mean never.

The MagPod is perfect for these guns. On top of that, they are just a quick and easy upgrade to your existing magazines. They are perfect for quick-shooting off a variety of different surfaces. In my testing, I went over three different textures. I fired off the ground in a traditional prone, off a wood table, and off an old boulder.

The MagPod helps steady the weapon and the textured feet do a good job of digging in and holding steady. The MagPod is essentially a large polymer foot that sticks below your magazine with two small extensions in the rear. The length of the foot makes it so the slight curve of the magazine does not affect the stability or throw it off balance.

Admittedly this will not provide the same level of stability a dedicated bipod will. It is, however, quicker to get into action. Drop to the ground and you’re halfway to being set up. The MagPod doesn’t allow for cant or elevation changes, but you aren’t going to play sniper with it either.

For quick, almost improvised positions it’s fantastic. Not only on the ground but at finding places around you to rest your gun for more accurate fire. Its small footprint means it can be used nearly anywhere. It provides quick stability and in that regard works well. Especially if you are running drills and your breathing is a little more ragged. It lets you keep the reticle still enough to make that game-changing shot.

Of course, what happens when you run dry? Well, you gotta swap mags and this means running multiple MagPods. The good news is they are affordable and available in three packs.

Currently, MagPods are available for the Magpul PMAG Gen 2 models only (as of this update), so keep that in mind. It’s a very cool little accessory and it does add some real value to your magazines. Plus, it makes it really easy to stand your AR up for those cute pictures.

Still don’t believe me? Lots of other professionals — many far more experienced than me — will confirm what I’ve said.

If you don’t see the applications for this, well…it won’t fit in your dropleg holster anyway.

Note: The MagPod Gen 3 is in development.

Will we eventually see one for AK magazines? No idea, but we doubt it. *sigh* 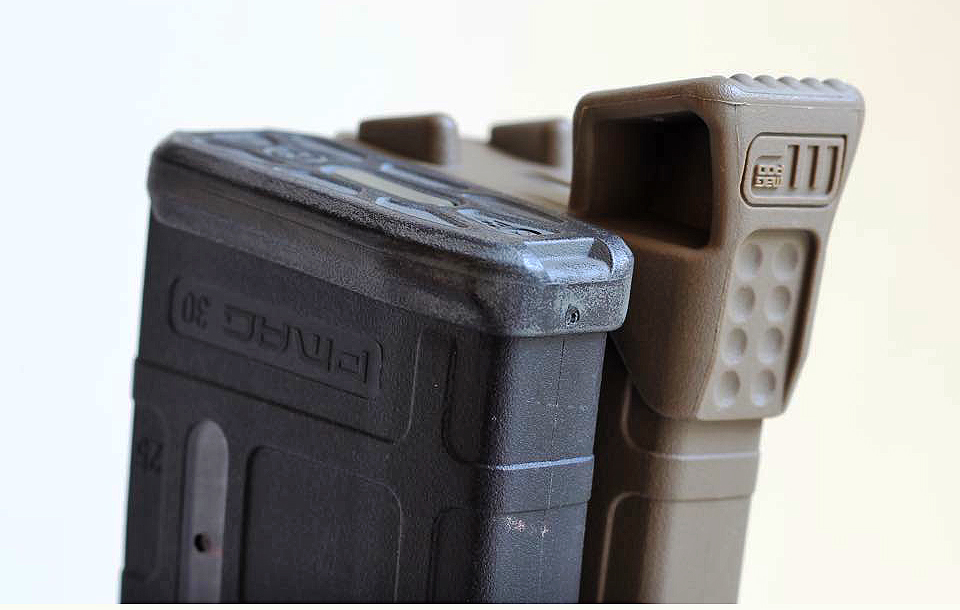 Weapon Lights: yes, you need one; read more about ’em.