Way back in 2018, when life was good (or better than 2020 anyway), Big Horn Armory gifted the world with their first AR500 pistol. Well, now it’s 2020, and life ain’t that good — comparatively speaking — but at least we have a follow-on from BHA! The AR500 Auto Max Pistol is making its return and in a really big way! This upgraded pistol has been updated with a new Blade pistol brace, M-Lok handguard, ambidextrous safety, and charging handle to help make your 2020 (or at least the shooting part of it) just a little bit better.  The updated AR pistol is chambered in 500 Auto Max, a rimless .500 Smith & Wesson Magnum.

You know, in case you wanted to pack a little punch with a compact platform.

The AR500 Pistol is based on the BHA AR500 Rifle, which is one of the largest caliber AR-style firearms around.  Speaking of size, and for the record, it does matter, this big-bore beauty comes with a 10-inch nitrated barrel and full-length Picatinny rail, while still maintaining its lightweight, black hard coat anodized 7075 aluminum receivers. The AR500 Pistol feeds from either a 5- or 9-round rifle magazines. 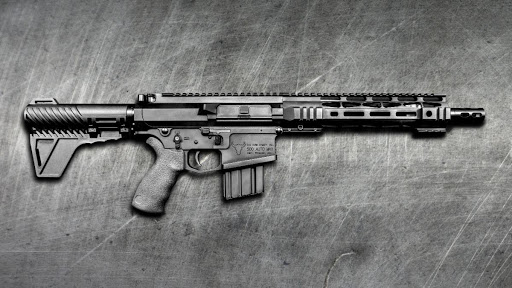 Of course, the right size is unique to each individual, but the manufacturer suggests this particular AR pistol is ideal for SWAT officers in certain assignments, certain military units, and some private security personnel because of its combined power and compact size. It can be easily carried in a vehicle and presents a number of advantages for breaching and clearing obstructions, including bulletproof glass.

And if you’re a hunter, this platform might be a great option for taking big game.

“The original pistol version of our AR500 was great, but we knew we could improve upon it and make it even better. After listening to our customers, and performing tests on our end of the new M-Lok handguard and Blade pistol brace, we knew we had created an even better version of our compact AR500 without compromising on the quality our customers expect out of our big bore firearms. We believe our customers will enjoy what the new AR500 Pistol can achieve.”

We’re told this 500 Auto Max AR Pistol platform is capable of feeding and firing any .500 diameter bullet that’s between 200 and 700 grains. It also has an adjustable gas block, which allows the shooter to run subsonic loads while using a suppressor.

If you’re interested, 500 Auto Max ammunition can be shipped from  Buffalo Bore, Steinel Ammunition, and Underwood Ammo. And for you reloaders, the brass is available from Starline Brass and Midway USA. 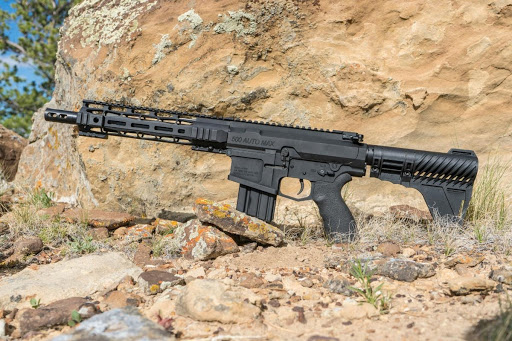 About Big Horn Armory as they describe it.

Big Horn Armory was founded in 2008 with the expressed intention of designing a Browning-type lever-action gun chambered in 500 Smith & Wesson Magnum. The Big Horn Armory Model 89, made in America, closely follows the work of John Browning with refinements courtesy of modern metallurgy and machining capabilities. The first rifles began shipping in September of 2012 and since then, BHA has added to their big bore lineup with a Model 90 Carbine in 460 S&W, the Model 90A in 454 Casull, the Model 90B in .45 Colt, the Model 89A in 500 Linebaugh and the Model 89B in .475 Linebaugh. In 2017, Big Horn Armory took a departure from its lever-action series and developed the AR500 Auto Max, the most powerful short-range, semi-auto based on an AR .308 platform.