Once upon a time, a bunch of people got together and decided they would give out a NASGW-POMA Caliber Award for the best new handgun.

And who was the 2020 most recent recipient of this said award? None other than Springfield Armory’s Hellcat OSP 9mm!

Voted on by a panel of 18 independent judges, the Hellcat OCP won against a pool of approximately 150 other new products.

NASGW votes for the best new handgun as well as other products. In fact, NASGW is a national association known for giving awards to all sorts of elite products in the industry, such as optics, accessories, ammunition, and even firearm manufacturers providing outstanding value and services.

POMA came in this year as a partnership with NASGW. And together, they picked the best new products in six different categories, one of which included the 2020 Best New Handgun.

“We look forward to setting a higher standard with the Caliber Awards for years to come. It is an honor to partner with NASGW to recognize the innovations within the shooting sports industry.”

And how exactly did the Springfield Hellcat OSP take home this years’ win? Well, first, they had to qualify by being a member of the NASGW.

Of course, that’s not enough. Springfield is also in good standing, and their product was launched within the last year.

“It’s truly an honor to be selected for this Caliber Award by NASGW-POMA.”

It took several weeks. But eventually, and only after analyzing all contenders, those 18 judges choose the Hellcat OSP as the best in the handgun category.

“The Hellcat has been a huge success in the concealed carry and self-defense market, and it’s gratifying to have it be recognized by such an esteemed group of judges.”

If you’ve never seen or used the Hellcat, you’re probably wondering what’s so special about this particular 9mm pistol. Well, according to Springfield, it’s the world’s highest capacity micro-compact 9mm, holding 11-round and 13-round magazines. 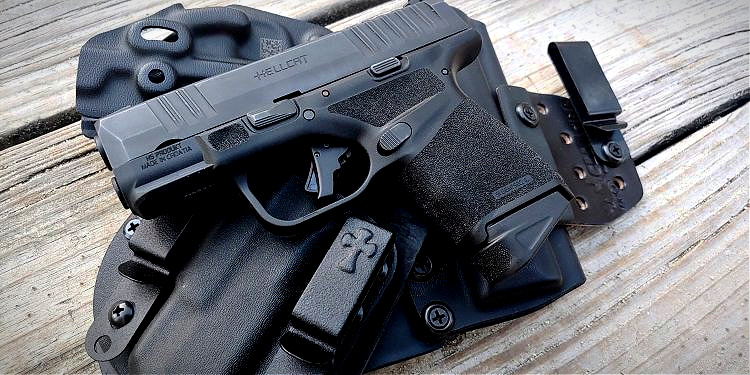 They also claim it has exceptional ergonomics, outstanding performance, and power.

Oh, and in case you’d like to know, OSP stands for optic sight pistol. And it’s this OSP that allows for a direct mount of the smallest red dot optics in today’s market.

Now you can get a co-witness with what Springfield tells us are excellent tritium U-Dot Tactical Rack sights. 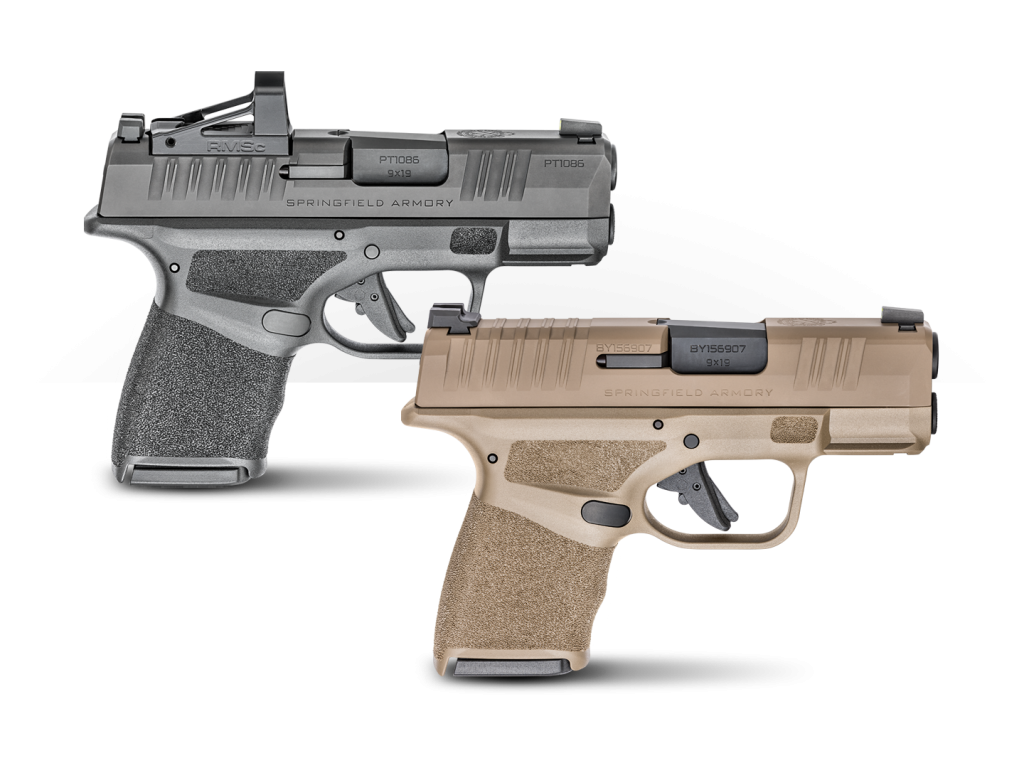