SilencerCo ASR: One Mount to Rule Them All 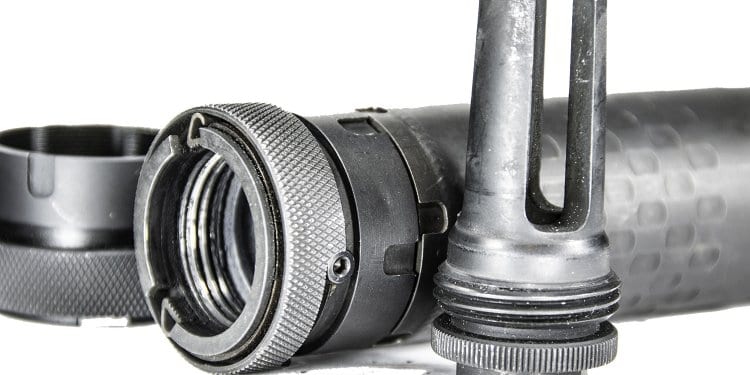 Nearly four years ago, I bought my first sound suppressor: a SilencerCo Saker 762 with Trifecta Mount (which later became an ASR-mount). Built from nothing but steel, the Saker is big, heavy and feels damn near indestructible. To date, I’ve fired more than 10,000 rounds through the Saker mounted on either my SR-25 clone or my 5.56mm AR-15/Tavor, and have only only cleaned it a dozen times. It simply works.

But somewhere in that first thousand or so rounds, my Saker Trifecta ran into an issue that caused my can to seize up on its mounts. One time the mount seized in the open position in such a way that it locked on to the mount, but not strongly enough to stay on when fired. This resulted in my Saker traveling 30 yards into the woods.

The Trifecta mounts use a ratcheting system that cams three blades around the muzzle device and lock into place. Problems arise when two of these blades fail. Either they become stuck from carbon build up, or after thousands or rounds, possibly snap off.

I called SilencerCo and explained about my situation. They informed me that they were recommending all new customers purchase ASR-mounts, or have their cans converted at the factory to ASR mounts. 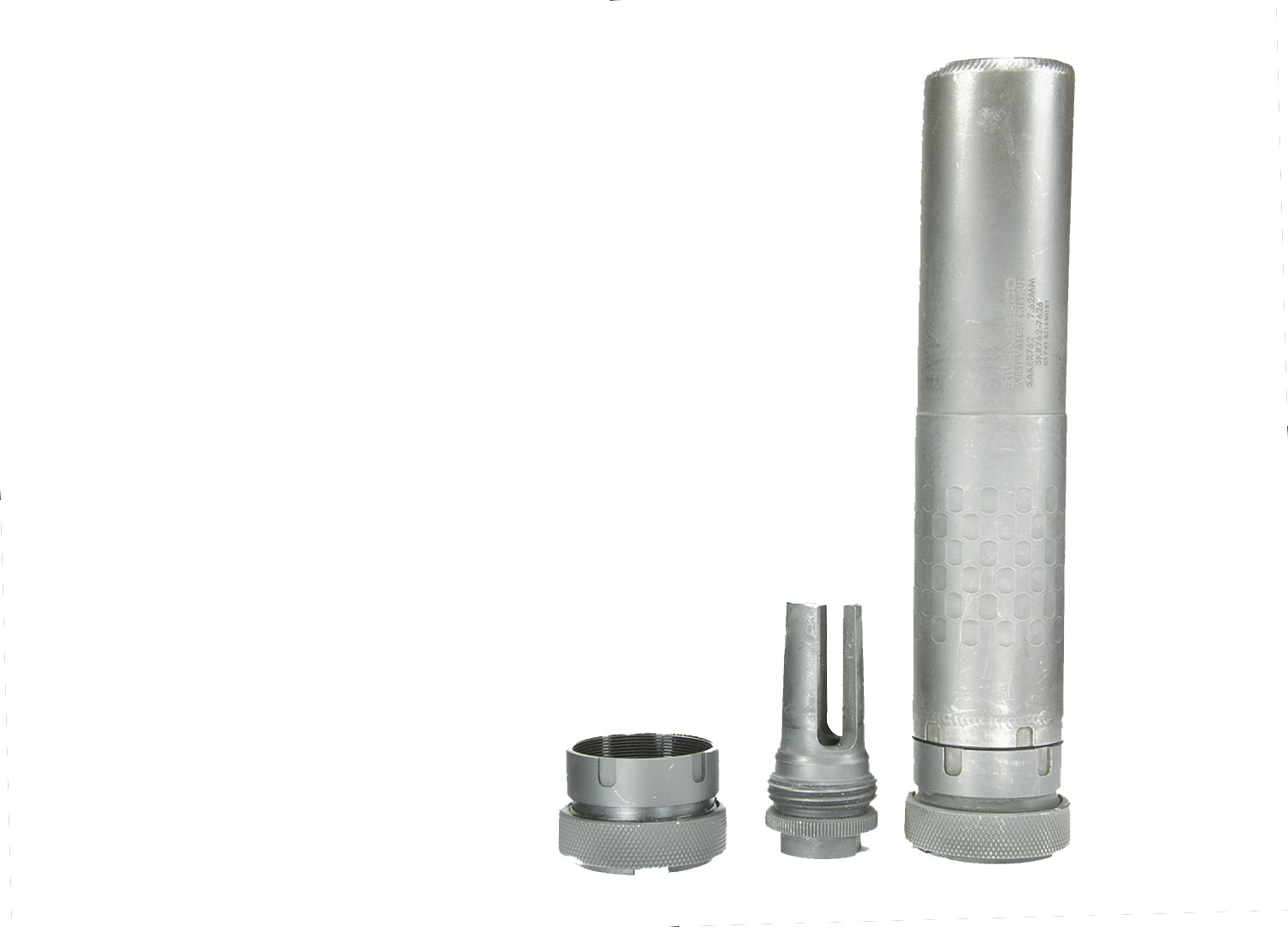 Active Spring Retention, or ASR is a technology utilized by SilencerCo for all their concentric, modular-mounting suppressors. Everything from 9mm subgun to .450 Bushmaster mounts are available for a half dozen different suppressors. The system is simple, yet genius.

If you look at the ASR muzzle devices offered by SilencerCo – the brake and the three-prong flash hider, there are two common features among all calibers and variations of them. They all feature a male-threaded exterior base, and several teeth beneath these threads.

When a suppressor or MAAD brake is threaded onto these exterior threads, it lowers a locking ring around the external teeth.  As this ring is rotated, it tightens the spring-loaded locking feet onto the muzzle device’s teeth preventing it from freely rotating.  – That’s it.

Because ASR mounted devices don’t utilize as many threads since they can use the active spring retention ring to prevent rotation, they can be very quickly removed or attached without tools. If sound suppressors weren’t heavily regulated, this wouldn’t be such a big deal. Shooters could simply buy a suppressor for every gun they own. But since cans are both costly, and extraordinarily time-consuming to acquire, being able to hot swap between guns is a God-send.

Better yet, unlike certain other brands on the market, this system retains zero on the host firearm. So you won’t have to rezero your optics everytime you remove or clean your suppressor.

The only real drawback to the ASR system is cost. Though, anyone getting into NFA-regulated items or high-performance accessories like those from SilencerCo, is well aware they don’t make, “cheap stuff”.

Aside from cost, shooters should take extra caution when first installing a suppressor on an ASR mount if the mount is especially dirty. While I’ve never had it happen to my own cans, it would definitely be possible to have a baffle strike if the can weren’t totally secure on the mount. Thankfully, it’s easy enough to visually check this.

Simply check to see if the ASR ring on your suppressor covers the ASR-compatible teeth on your muzzle device. Once done, attempt to turn the can counter-clockwise. It will move slightly, then stop. This means you’re good to go.

While there are less expensive systems on the market, I’ve found after firing over 9,000 rounds through my personal Saker ASR, that this system is rock-solid. I’ve shot steel targets out to 1,200 yards, hunted white tail deer at 100 and eradicated prairie dogs at every range in between and have never missed a shot because of the Saker.  To quote my old farmer neighbor about his massive combine harvester, “It ain’t cheap, it ain’t fancy, but it always works.” And really, when it comes to a device that protects against permanent hearing loss, performance and reliability are the only things that matter.