The 2020 SHOT Show: it’ll be a little bigger than its predecessors and bigger yet in 2021. That’s what the NSSF (National Shooting Sports Foundation) and various tourism organizations are reporting. Will it continue to grow beyond 2021? It might if the planned expansion to new [Las Vegas] Strip locations continues.

This year is the 42nd instance of the annual convention, which began in St. Louis, MO. in 1979, and the 10th year it’ll have been held in Las Vegas. The NSSF is estimating it’ll host 2,400 exhibitors and approximately 60,000 attendees from all across the industry and many countries. Current estimates project it to be at nearly one million square feet of show space, with nearly 3,000 exhibitors, by its 43rd birthday.

According to a report from the Las Vegas Review-Journal (and updates since then), SHOT-related business will be incorporated into the MGM Grand Conference Center in 2020; it is supposed to expand even further to the nascent Caesar’s Forum for SHOT Show 2021. Colloquially known as “SHOT”, the convention has been held at the Sands Convention Center since 2010. It is somewhere between the 6th and 8th largest annual show in Las Vegas depending upon how one measures such things. 2019’s show reportedly brought over $90 million to the metro area.

The convention is currently scheduled to be held in Las Vegas until at least 2027.

Anyone going will have their own ideas about what they’ll see. New AR 15 tools? New accessories for the M&P 15-22? An all-new caliber to replace the 224 Valkyrie? Some new version of a classic pistol like the PPK perhaps?

What will they be? We’ll have to see. There have been releases all year long and there are certainly more to come. Scroll down to see what has been announced so far. Watch this space for more releases as we find them — or at least for hints about what we might see at the 2020 NRA Convention (sometimes they announce stuff at SHOT that doesn’t debut until NRAAM).

Here are some of the latest guns released in the past couple of months. Some are out in the wild, but most people won’t get to see them or shoot them until SHOT. For your convenience, we have added the scrolling links below to make it easier to jump to each category.

Laugo Arms Czechoslovakia announced that their Alien Competition pistol will be available in the U.S. in 2020 and that they’re attending the SHOT Show. Word has it that they’ll be making a big announcement during SHOT week.

In November 2019, Kimber announced eleven new firearms in their 2020 lineup. 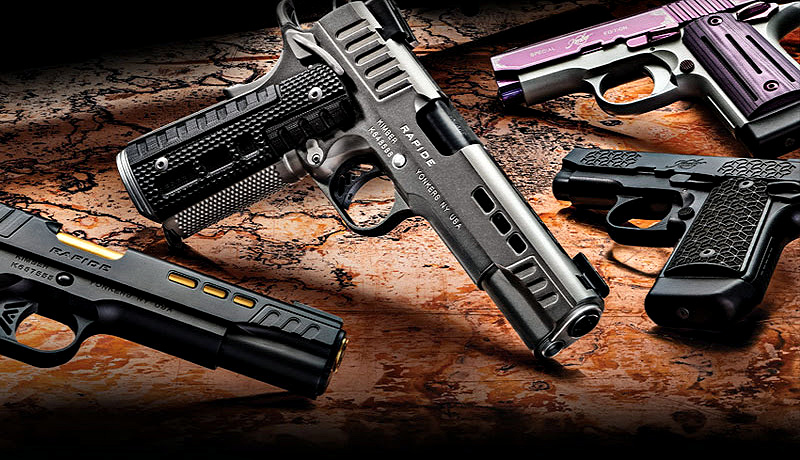 The 110 Precision pairs Savage’s legendary 110 action with a custom stock designed by the accuracy experts at Modular Driven Technologies (MDT). From the adjustable comb height and length-of-pull, to the capabilities of its AccuTrigger™, this aluminum-framed rifle is set up for exacting performance. 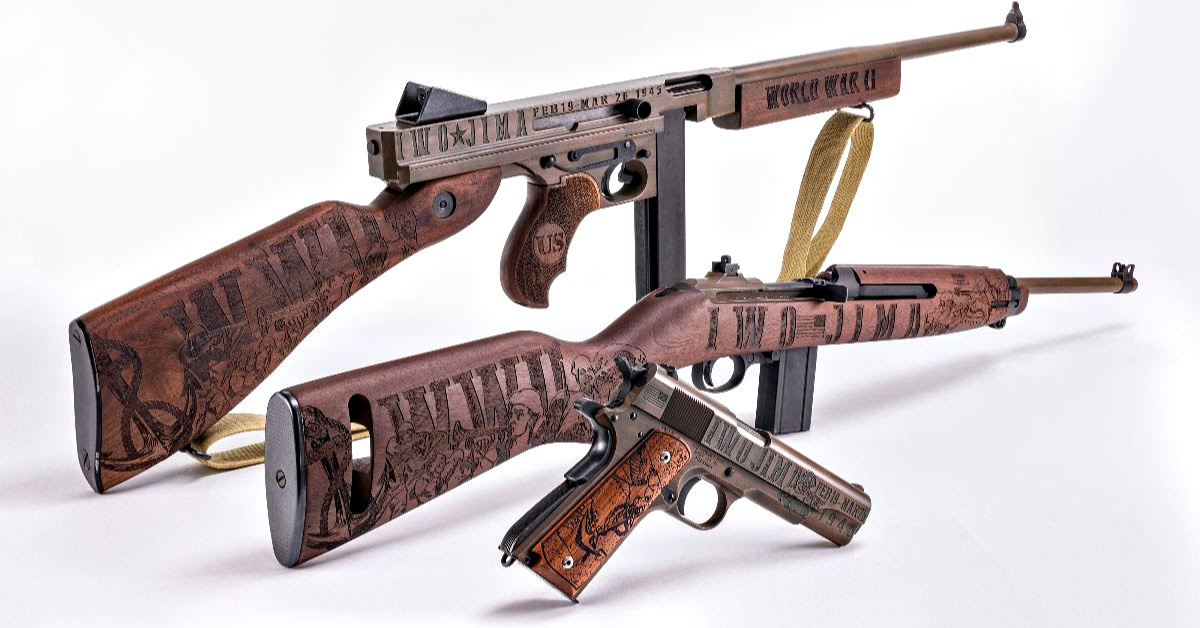 ⊕Tango Down Vickers Tactical Magazine Release for Glock 43X and 48

It’s too early for us to know about this either, but we’ve seen a couple things start to make an appearance on social media.

The products unveiled at the SHOT Show are usually what consumers will see on retailers’ shelves during the course of the year.”

It really is huge. The conference utilized 640k square feet in 2017 and 650k in 2018 with some 12.5 miles of aisles. Once the new facilities are fully incorporated the number of exhibitors is expected to increase by 25%; you can find just about anything firearms-, hunting-, ammunition-, tactical-related there somewhere if you look hard enough. The NSSF’s Chris Dolnack has said (somewhat ambiguously) that the largest new categories will be “…optics, cartridge, and accessory manufacturers…” 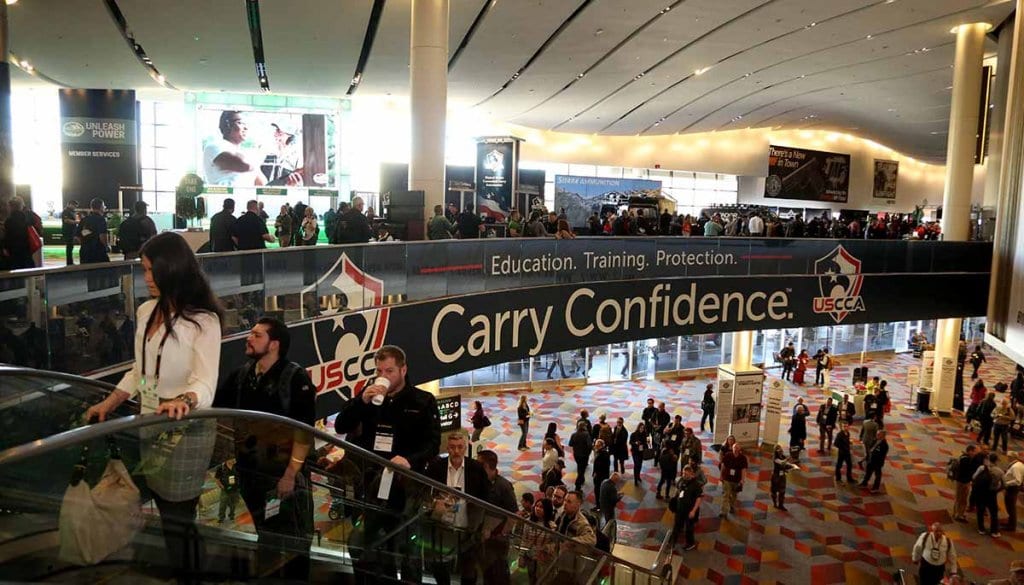 The 2020 SHOT Show officially runs from Tuesday, Jan. 21 through Friday, Jan. 24. Effectively, however, it will start before that, and continue for a day or two after. Media Day at the Range will be Monday, Jan. 20, and several manufacturers will hold private range events as early as Saturday the 18th. There is also a charity golf tournament on Sunday the 19th.

This 2020 convention will again be held in the Sands Expo Center and Venetian Congress Center. As of this writing, the additional exhibition space to be opened up in the MGM Grand Conference Center has yet to be assigned. If previous years are any guide, the NSSF will soon publish an interactive online map of all exhibitors. 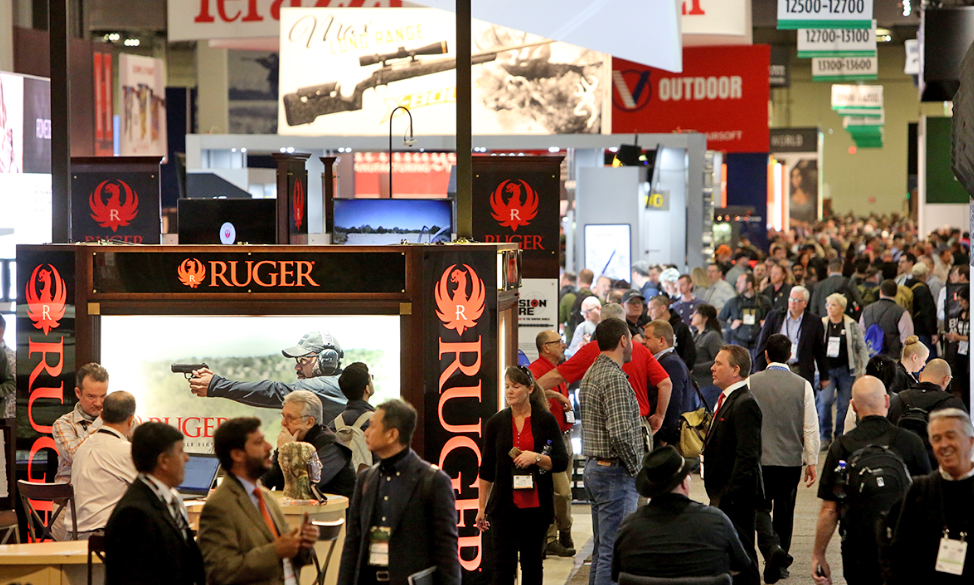 The SHOT Show is not open to the public. Attendance to the show is restricted to members of the shooting, hunting, and outdoor trade industry, including buyers, sellers, manufacturers, and members of the media. Per the NSSF, “Admission at the SHOT Show is restricted to the shooting, hunting and outdoor trade and commercial buyers and sellers of military, law enforcement and tactical products and services only. Applicants who register to attend the SHOT Show are required to submit documentation to verify their trade status.”

Industry Day at the Range

The NSSF describes Industry Day at the Range as the “…largest, most influential one-day event in the hunting and shooting sports—and it continues to grow. More than 1,800 media members and buyers annually gather at the Boulder Rifle and Pistol Club to test and evaluate the latest introductions from over 200 manufacturers representing every major category in the industry.

The press coverage, content created and social media reach generated immediately and throughout the year from this single pre-SHOT event make it a can’t miss for all brands and products. Learn how to get involved or increase your participation below.”

SHOT’s “official” range day will be at the Boulder Rifle & Pistol Club; there will be other range days at other locations, however.

Stephanie Kimmell
Stephanie Kimmell is the firstborn daughter of Missouri's Pecan King, worthy scion of a Vietnam veteran sailor turned mad engineer-orchardist-inventor-genius. With a BA in technical writing, she freelances as a writer and editor. A Zymurgist greatly interested in the decoction of fermented barley and hops, she is in many ways a modern amalgam of Esther Hobart Morris, Rebecca Boone, and Nellie Bly. She hunts, fishes, butchers, and cooks most anything. When not editing or writing, she makes soaps and salves, spins wool, and occasionally makes cheese from cows she milked herself. Kimmell is a driven epistemophilic who loves live music and all sorts of beer.