Safariland UBL Destruction — One Way To Condense Your Range Load 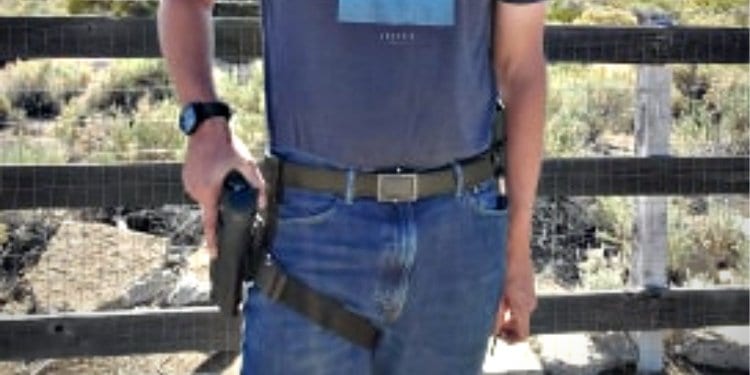 I am always looking for an easy way to start shooting as soon as possible when I get to the range. I feel that getting good repetitions with the equipment I use for work-related tasks is very important. In the past, this meant I needed to bring my entire duty belt, holster, magazine pouches, and all the other batman shit that goes with it to the house over the weekend. I wanted to find a way to reduce the number of items I needed to take on a trip to the range.

I Tried a Few Things

To fix the problem, I started to use a paddle mount attached to a standard Safariland Holster. But with that setup, the holster sat so far up the beltline it made it difficult to speed up my draw. Also, my arms, elbow, and hands had to move at such an extreme angle that it was uncomfortable. Well at least, it was for me with my long ass arms that hang all the way to my knees. It could just be my issue!

The second option I used in the recent past was the Safariland Holster Drop Adapter with a Paddle. It worked great for some time, but I really hated the paddle itself. My issue with the paddle is that it seems to press into the front of my hip bone causing some discomfort and making it hard to take a kneeling position. This option was super-fast to place on my EDC pants, thus getting the range session started quickly. The other problem was that it wasn’t as secure on the body as I would like it to be. Many times while completing a movement drill, the holster moved from the original position making it a little more difficult to draw with.

So here is the third and by far my favorite option, for now. One day while scrolling the interwebs I came across a company that placed a Blade-Tech Tek-Lok on the back of a Safariland UBL using 4 screws, 4 nuts. Then they cut off the belt mounting slits where they met the main body of the UBL. (Sorry said company that does this, I can’t remember your name, or I would have given you credit.)

Installing a Tek-Lok On My Safariland UBL

Once I saw the design and the simplicity, I looked through all the spare holster parts I have lying around in a Rubbermaid storage bin and got to work. First, I used an extended Safariland UBL to get the holster down on the hip to assist with easier and more natural draws. Then I found a spare Tek-Lok in all my junk in the storage bin. I set to work placing the Tek-Lok on the center rear portion of the UBL. 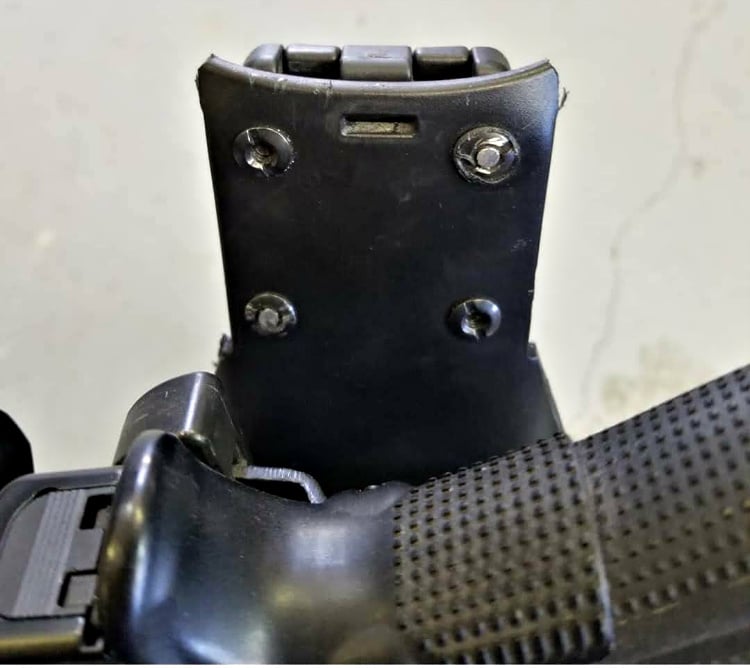 Here is the top front of UBL with mounting nuts. 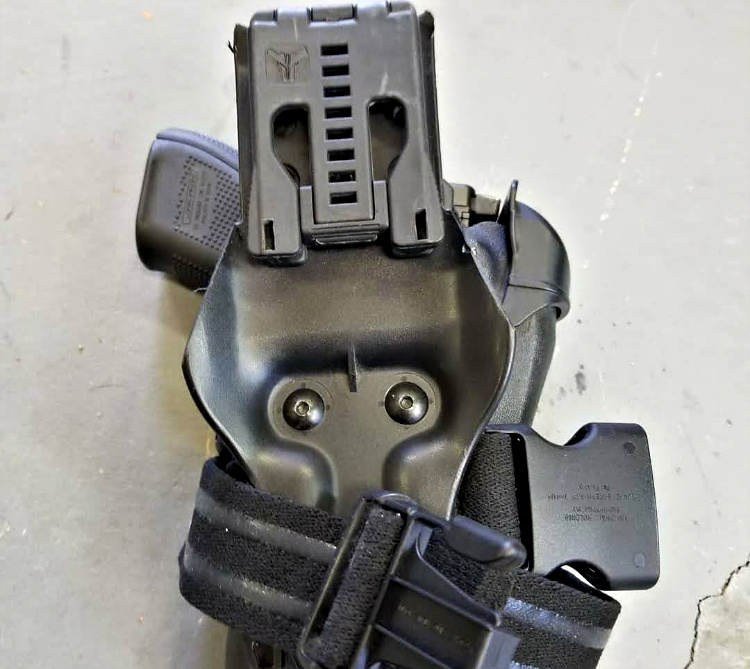 Here’s the back of the holster with the Blade-Tech Tek-Lok.

Again, using some Safariland (4 each) mounting screws and nuts that I had in the storage bin, I mated the two parts to each other, like they were long lost relatives. 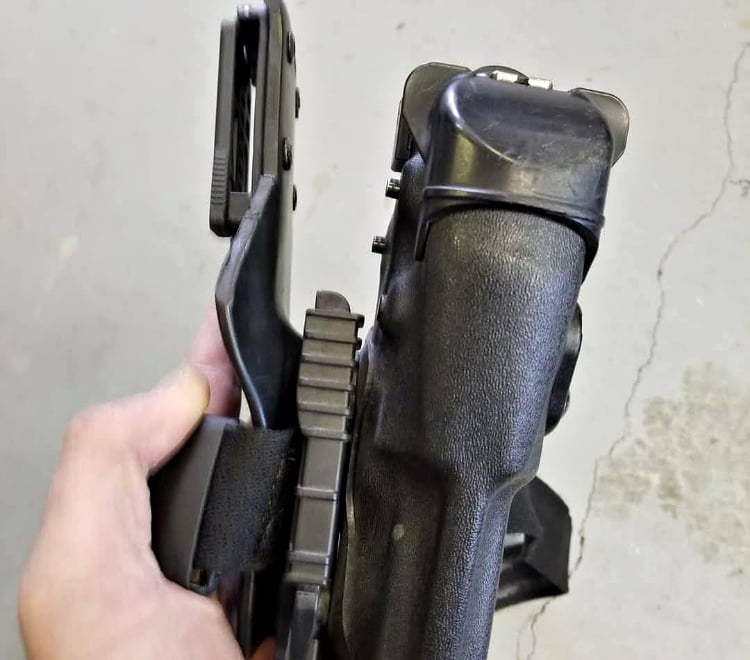 This is how the front of the cut UBL looked.

Next, I removed the belt mounting slits on the Safariland UBL with a metal cutting saw and a little elbow grease. This part of the job was easy since the UBL is comprised of a rigid plastic. After removing the belt slits, I rounded off the top edges so the UBL wouldn’t poke my side causing some discomfort, especially when kneeling and running. I also added one Safariland leg strap. I placed this leg strap between the UBL and QLS mount. Then I adjusted the clip portion of the leg strap so it sits on the inside portion of the UBL for quick removal if need. The leg strap on this rig assists with keeping the bottom of the UBL sitting in my desired location at all times.

The QLS or Quick Locking System is another Safariland part that I use for simplicity and the ability to change holsters quickly. The QLS allows me to quickly remove and replace a holster onto the UBL with the push of two buttons. I use this system on almost all my UBL and holsters combinations. Never mind, I use them on all the UBL’s that I have. This allows a quick change between different holster and belt setups as well as Pistol Holster and Pistol, WML, and Holster combinations. 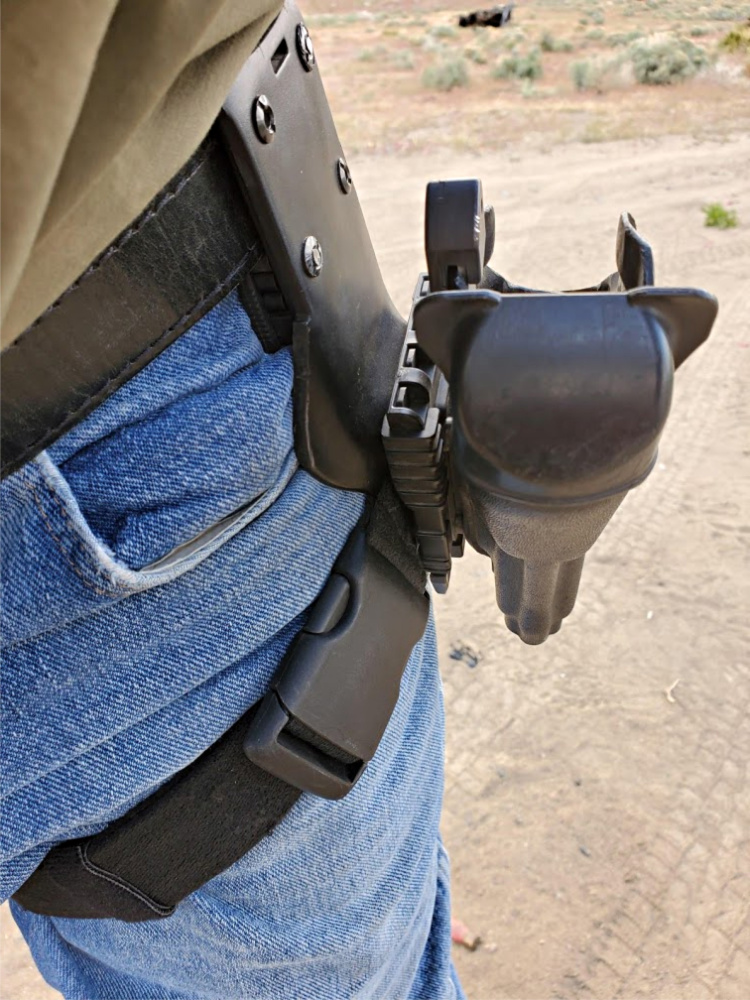 Here’s a front view of the UBL on the belt.

So, moving on to my first impression of the use of this system is EASY to USE! When I get to the range I open the Tek-Lok flip lock, press on the two lever locks, and it’s ready to mount to the belt. Once the hinge is placed through the belt and the two locks are clicked into place, I just flip the locking latch over and now there is a sturdy lock between the UBL and belt. 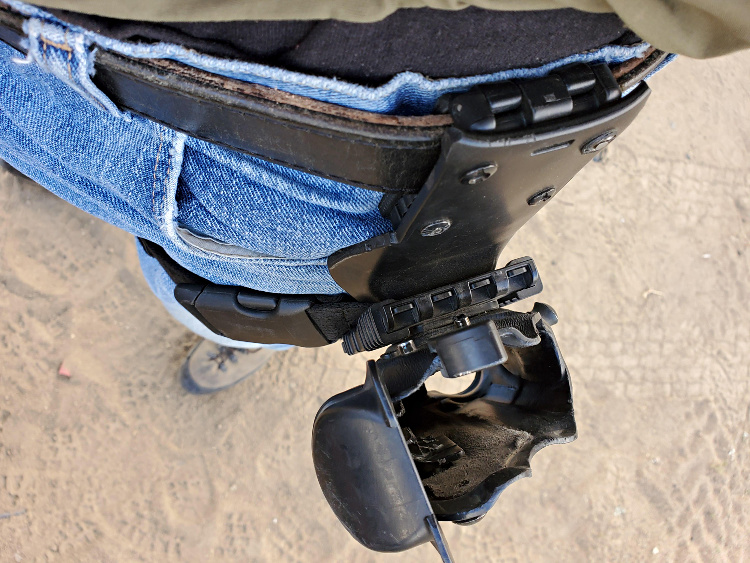 Here’s how it looks from the top.

From off the body to on-body is less than thirty seconds, it takes even less to remove. This rig setup is secure, stays in place, and allows me to use it on those quick range trips. I’m also able to be duty/war belt free! This is a big advantage for me because it reduces the items needed for a trip to the range. It allows me to fit my pistol rig in my shooting bag. So I don’t have to take another bag or buy a larger one. 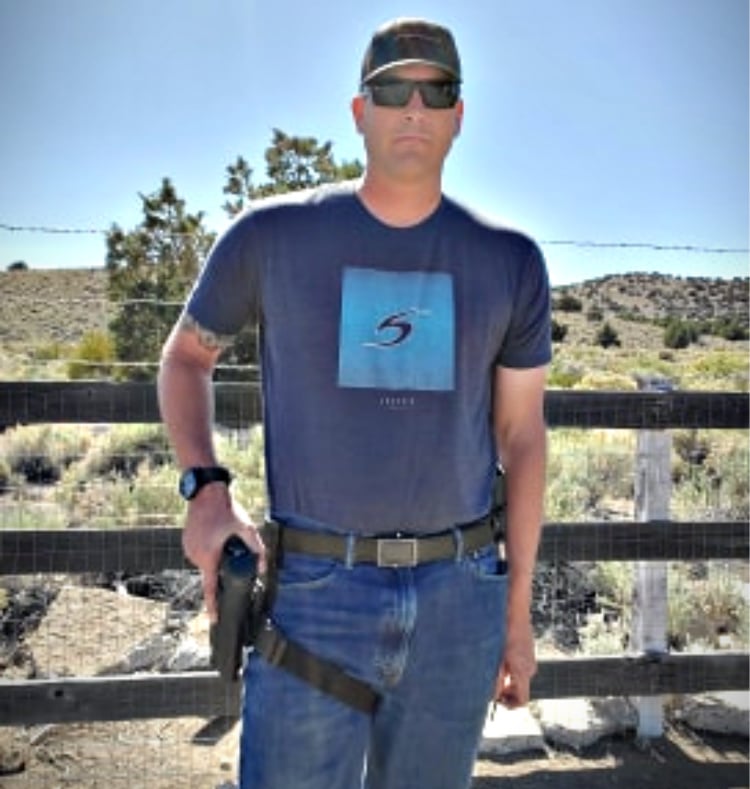 If you are looking into this type of option, bust out some of your tools. With about only 30 minutes of work you are done and ready to start shooting on the range.

Try it out for yourself, Big Bird out! 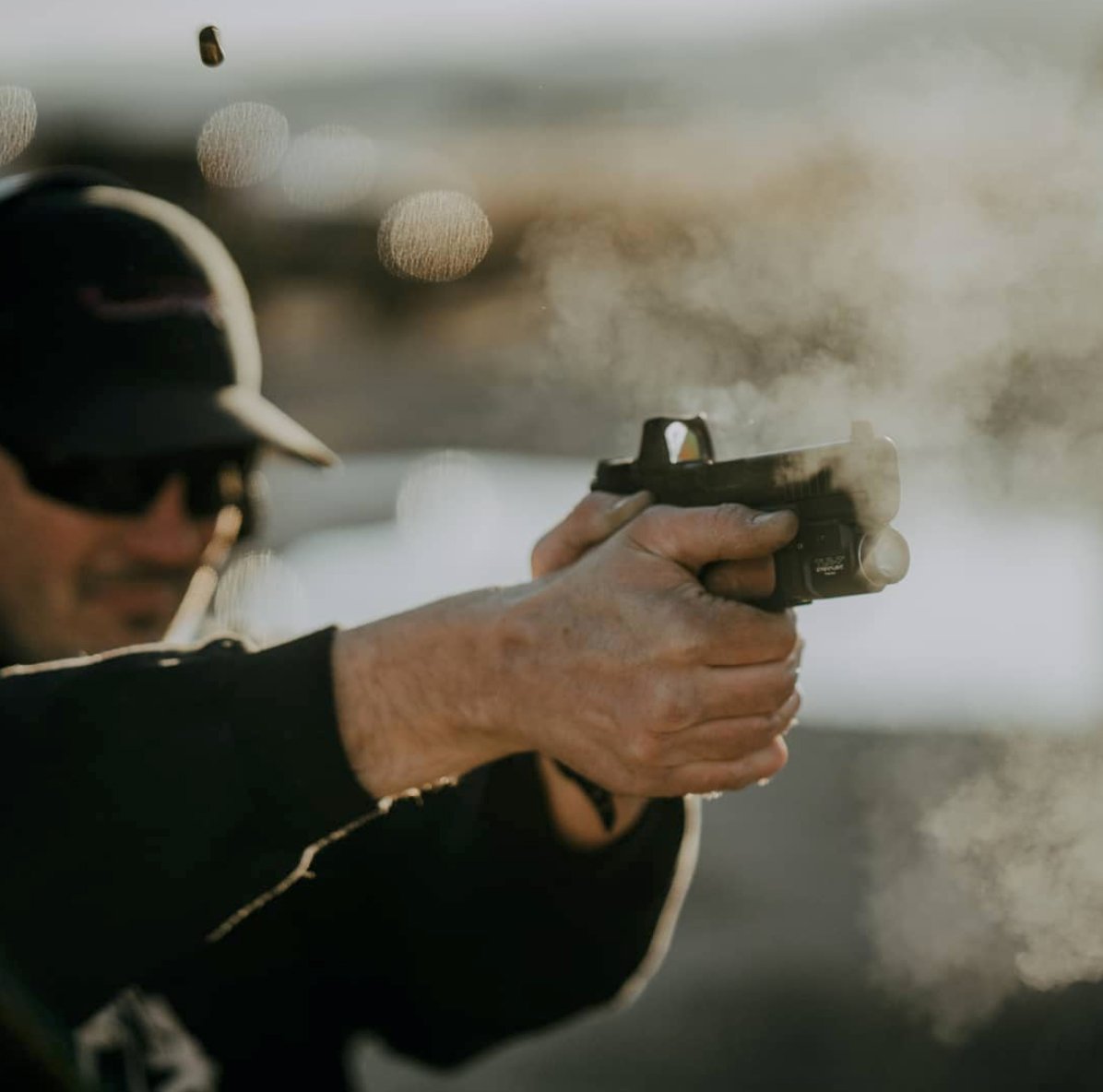