The Magpul PMAG has become America’s favorite polymer magazine. They are inexpensive and work all the time. They come in a variety of colors but that does not stop people from customizing them. We did an article about dyeing SAND PMAGs using Rit Dye. Well you can actually draw images on PMAGs using a Laser Engraver.

Not all laser engravers are the same. For instance, my friend at Azzy Design Works has a pair of CO2 lasers. They can cut and engrave various materials. I have used them for customizing some firearm components, like drawing logos on AR lowers. They work great at removing coatings to reveal the metal underneath. While the CO2 lasers can vaporize polymer and wood to get a deep engraving, they don’t seem to work well on PMAG polymer. I tried to engrave a texture on a PMAG and it failed miserably. 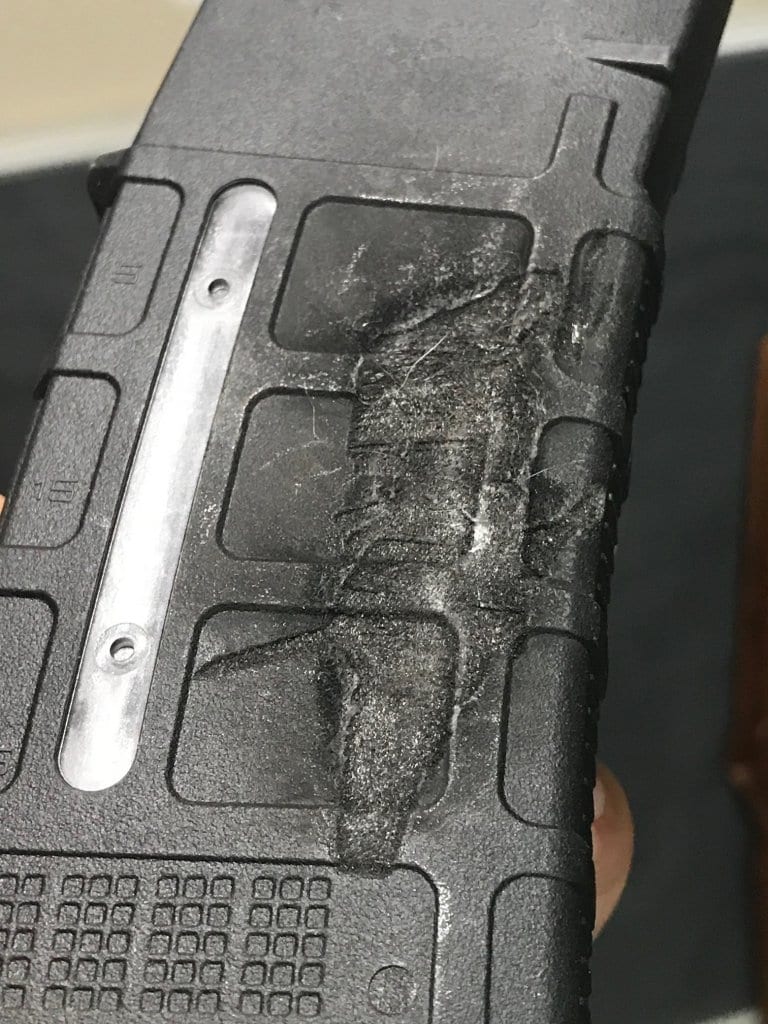 I was able to engrave a Remington 870 Magpul handguard and get a grippy texture. 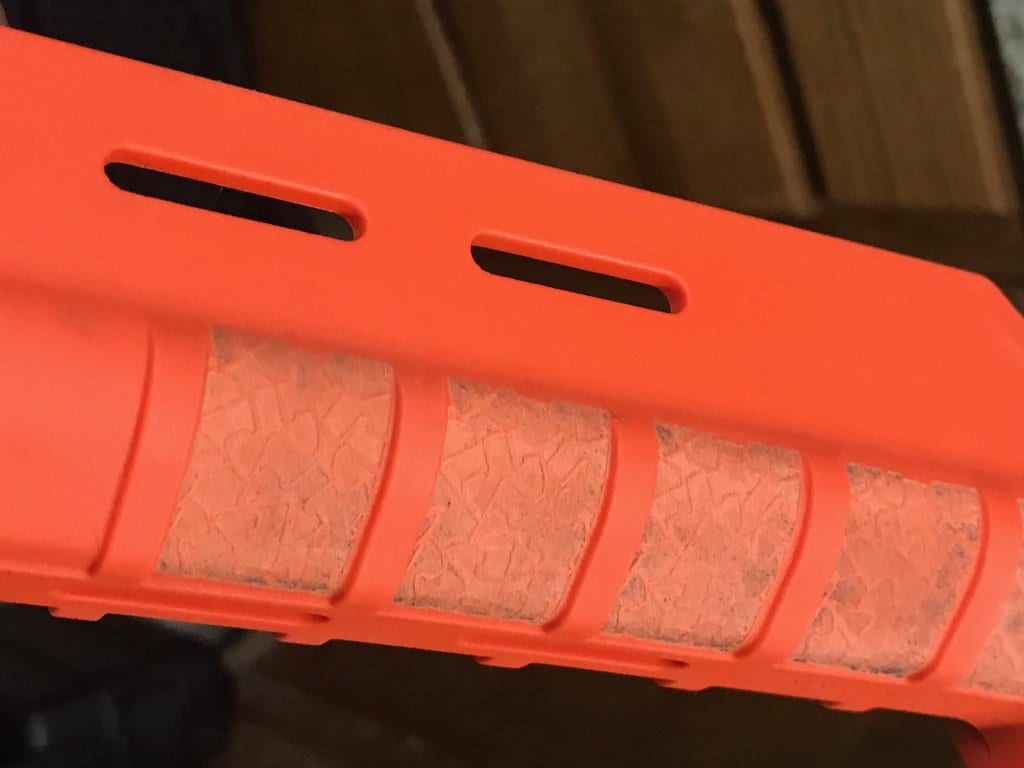 But these do not look like the magazine at the top. What makes the difference? It is the laser engraver. Specifically you need a Fiber Laser. Fiber lasers cost a lot more than a CO2 laser. You can find some inexpensive CO2 lasers for a couple thousand dollars where a fiber laser generally start at $10k dollars. Fiber lasers are more powerful than CO2 lasers. They can etch and remove material from metal.

Another side benefit to a fiber laser is their ability to bleach pigment from polymer. That is what is happening with the laser engraved PMAGs. Rather than etching and removing material, the laser is super heating and vaporizing the pigment. Laser engravers are computer controlled CNC machines. They can offer a higher degree of precision in drawing the art on the side of a PMAG.  As you can see below, the native color of the bleached PMAG is always a light sand color. 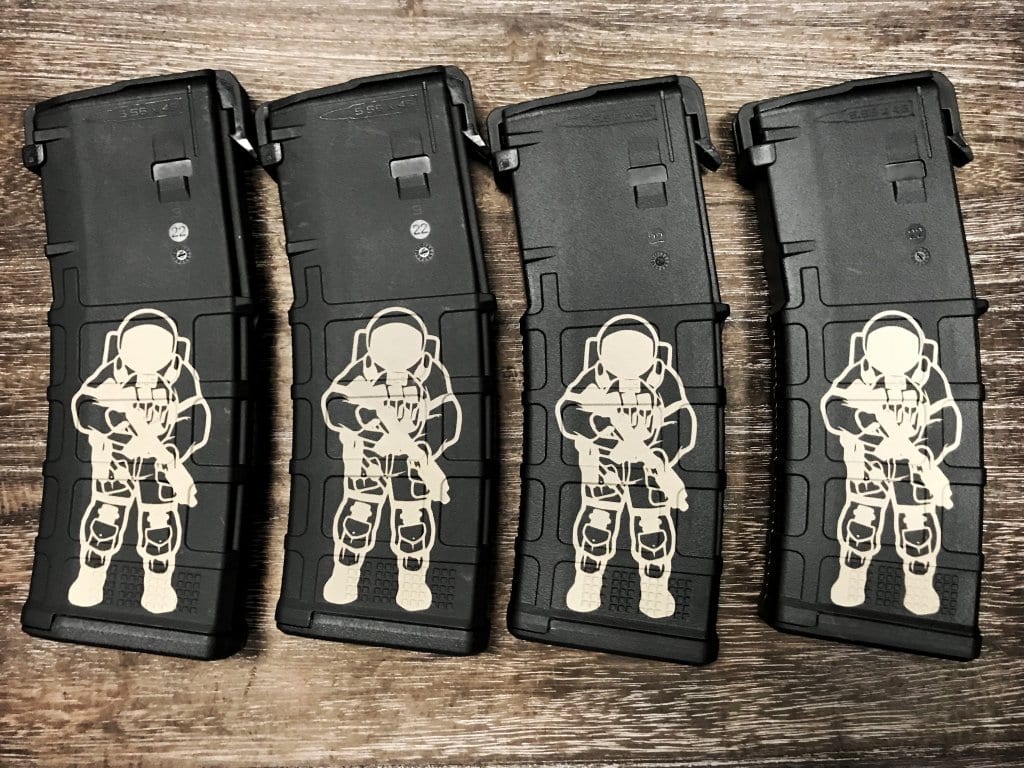 This type of magazine markings can be functional as well. 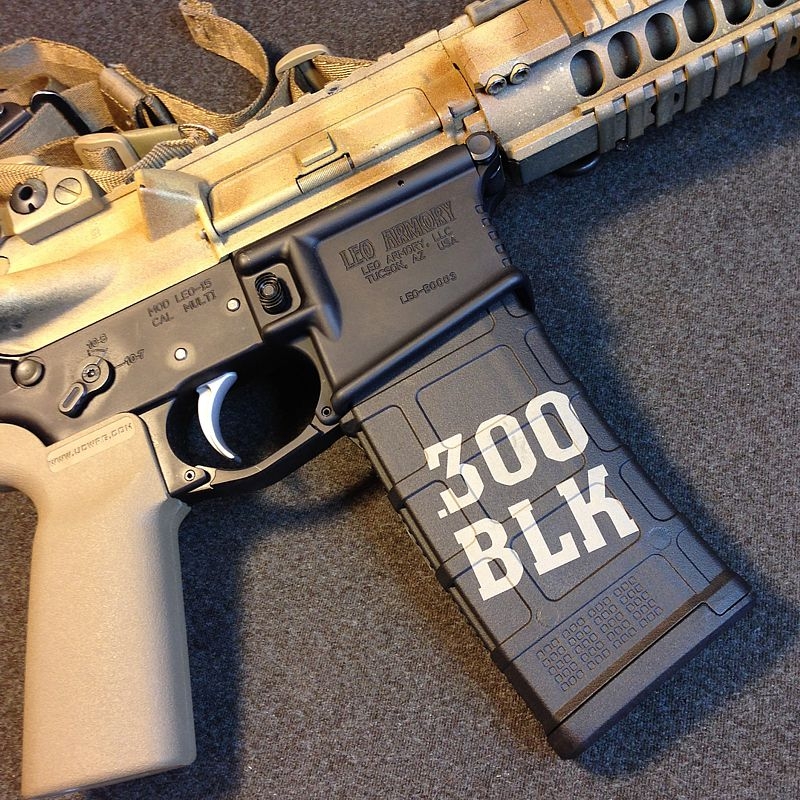 Somewhat like a tattoo, the artist really makes the difference. In this case, the artwork can really make your PMAGs pop. 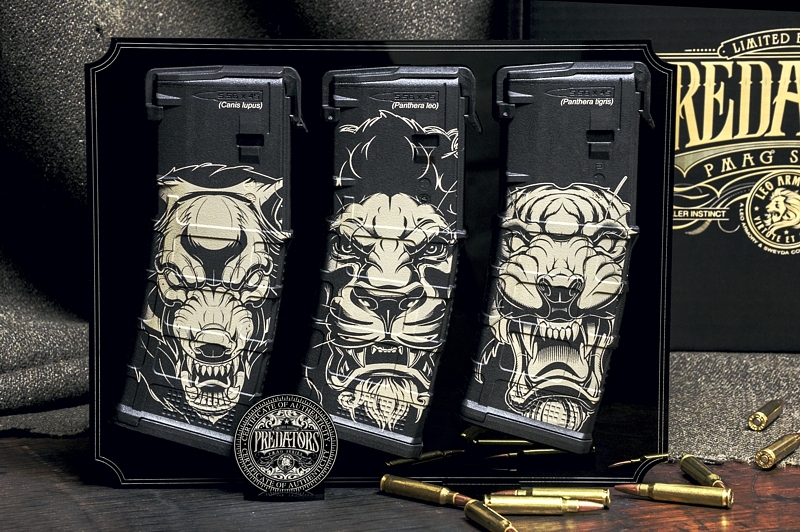 Not only do these look cool they will actually last longer than any other form of magazine customization. Coatings like cerakote are robust but eventually the finish can wear off. Paint is even more susceptible to wearing off. Dyeing a PMAG is better than paint but it is only on the surface.  Just like a tattoo, bleached laser engraved pmag images are skin deep. You would have to remove material to get back to black polymer.

The top photo is by San Antonio Laser Engraving. Their Hillary For Prison PMAG is a clever use of the PMAG textrue design. They charge $9 for engraving magazines. You can send them magazines or gun parts to be engraved. Check out their procedure and price list on their Facebook page.