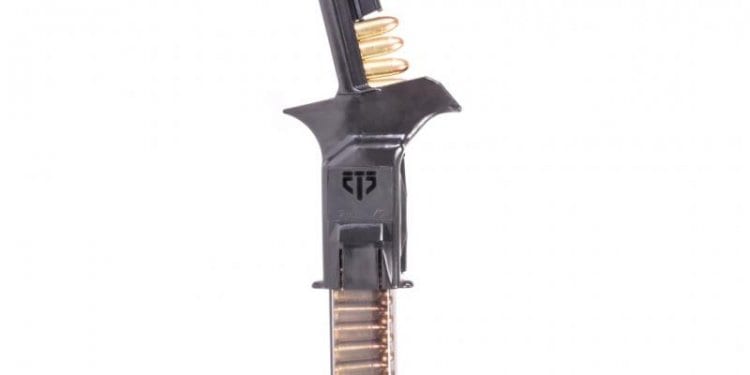 ETS Group has made a new speed loader for pistol magazines. It was first seen online back in December. Military Arms Channel posted a video about it in December. ETS had their 3D printed prototype on display at SHOT Show last January.

Well now it is available. The ETS Pistol Mag Loader is one of the first of its kind. It uses a similar loading concept like the speed loaders for the MP5 magazine by B&T. The loader has a slotted tray that you use to lift up to ten rounds from a box of factory loaded ammo. The loader will work with 9mm and .40S&W. 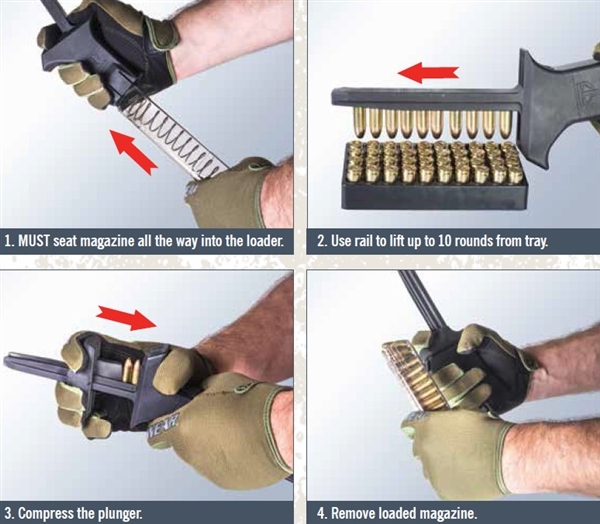 The loader is easy to use. As I mentioned above, you scoop up ten rounds and use the plunger to push the rounds into the pistol magazine. This ability is rather revolutionary. As far as I know, there has not been any other speed loader that can do this. the B&T loader as well as AR15 magazine speed loader work similarly but they are easier since you are shoving rounds into a double stack magazine. When you load an AR15 magazine or MP5 magazine, the rounds are merely shoved straight down into the magazine. You cannot do this with a pistol magazine. The rounds has to slide under the feed lips. Even though there are double stack pistol magazines, the magazine design funnels that double stack into a single stack.

The first release of the ETS Mag Loader had a few failure to launch issues. However an email from ETS was sent out notifying the media of the changes they are implementing now. First of all, the Mag Loader will now be marked with “MADE IN USA”. Secondly, the mag loaders will come pre-lubed. There are internal surfaces that should be lubricated for the best performance. See the photo below. 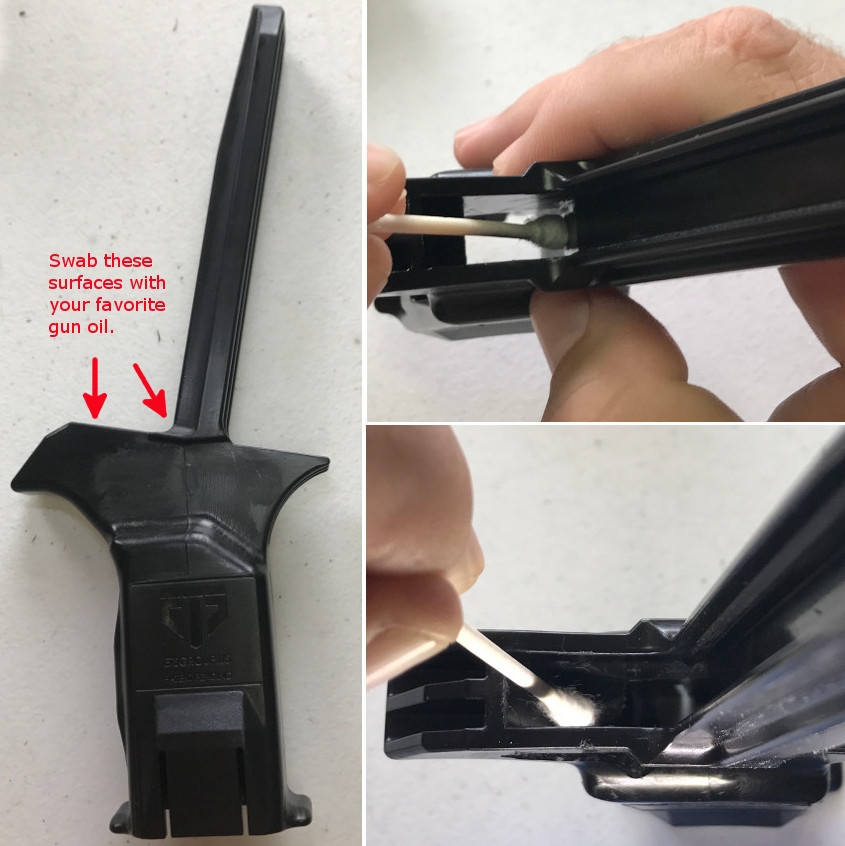 The mag loader is fast check out the video they made.

As I said above, the ETS Mag Loader is available through ETS. It retails for $49.99. Check out our website for when it is available.