Scroll down to see what MasterPiece Arms had to say about it.

“We were excited to work with Travis to create this competition-ready pistol,” commented Phil Cashin, owner, and president of MPA. “Travis’ years of experience and knowledge in the competitive shooting marketplace helped us hone in on what features matter most when it comes to competition. We’ve created something really special here that we think any competitor in USPSA or IPSC will find value in.”

The Pistol features a 2.5 lb. trigger pull. It will ship with a pull weight between 2 lbs. 6 oz. – 2 lbs. 10 oz. and will relax to 2 lbs. after the gun is broken in. The FGW slide serrations with slide cuts create less reciprocating mass.  Each gun is hand-built, including lapping the slide/frame interface, and comes competition-ready in a custom MPA single pistol case with a lifetime warranty. 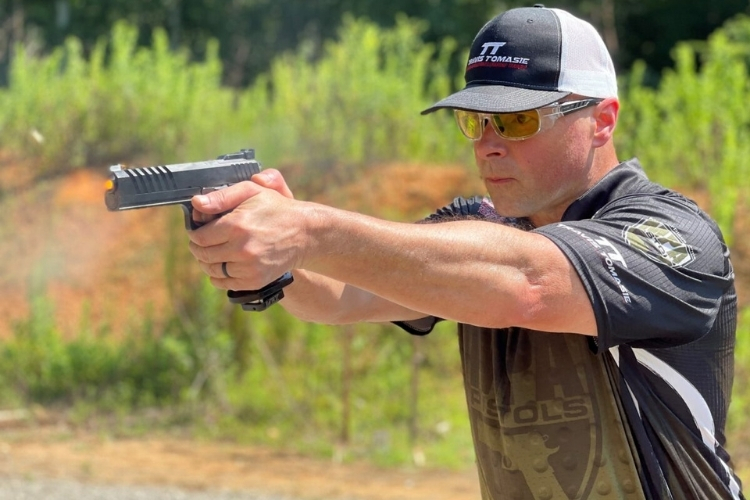 Tomasie is a multiple World- and National- IPSC and USPSA champion. He is an Army Veteran and former member of the US Army Marksmanship Unit. He has been featured and prominently starred on TV’s “MythBusters,” “Shooting USA,” “Gallery of Guns,” and a host of other shows.

In addition, Tomasie founded his training academy, where he teaches various students in many segments, including competition, self-defense, beginners, and military and law enforcement. Tomasie has coached and mentored many of today’s top shooters to remarkable success, including numerous national championship victories, one of the most dynamic and engaging teachers in the industry.