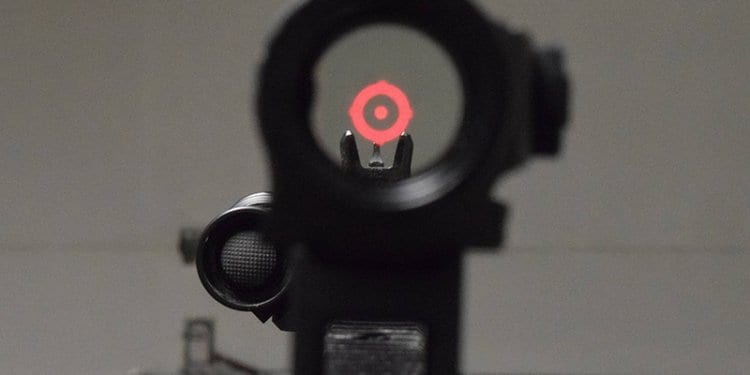 What is co-witnessing? You may have heard this term mentioned in various gun forums and Facebook groups. It is a term that means an optic is in line with the iron sights on a firearm, in such a way that when you look through your iron sights, your optic reticle should line up with the irons when you aim.

There are many ways that you can set up co-witnessing on your firearm.

Below we will walk you through the various benefits and how to get the most out of co-witnessing with your weapon. 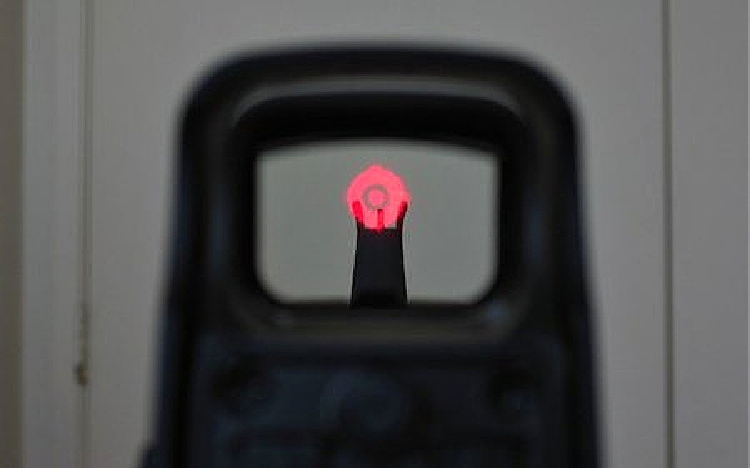 Why would you want to do this? If you have a good red dot that is rugged and has a great battery life, like the highly praised Aimpoint T1, then you might not need iron sights on your gun. However, having iron sights on your gun is great in the rare chance that your optic battery dies, or even worse, the optic breaks and you cannot see through it anymore.

So, why does it matter that the irons and optic all line up?

Ease of use is one benefit. When bringing up your gun and aiming it, you get used to seeing the same picture. If you have folding iron sights, you can leave them down. Then if the battery dies, you can just flip up the iron sights. That way you can still see through the optic to see your front sight post and aim.

There are other benefits besides having a backup system for your rifle. If you have a good red dot with a clear reticle, like a 2moa dot, then the dot will help you be more precise than your ordinary front sight post. You can even zero the irons to a different distance than your red dot. By having two different zeroes, one for your irons and one for your red dot, you can actually accurately engage targets at varying distances.

For example, you could set up your irons for a zero of 50 yards. The ballistics of 5.56 say that a 50-yard zero is the same for a 200 yard zero, so now you can engage 200-yard targets. Well, what about the red dot? You could zero it for 300 or 400 yards, ultimately giving you a much longer combined target range.

You could also use your irons as a quick zeroing benchmark for when you get a new red dot. That is assuming your iron sights are zeroed in already. If so, then you just mount your co-witnessing red dot and adjust the reticle to line up with the front sight post. This comes in handy if you invest in a good red dot and swap it onto different guns. You can quickly re-zero the red dot to each gun you on which you mount it.

How to Set Up Co-Witnessing

Now there are some things that you need to know about co-witnessing an optic. This really only works with red dots. Your traditional magnified scopes will not work simply because you cannot clearly see your front sight. That does not mean you shouldn’t have backup iron sights—they just won’t be able to work with the scope simultaneously, unless you go with angled iron sights and shift the sight plane to the side of your gun. 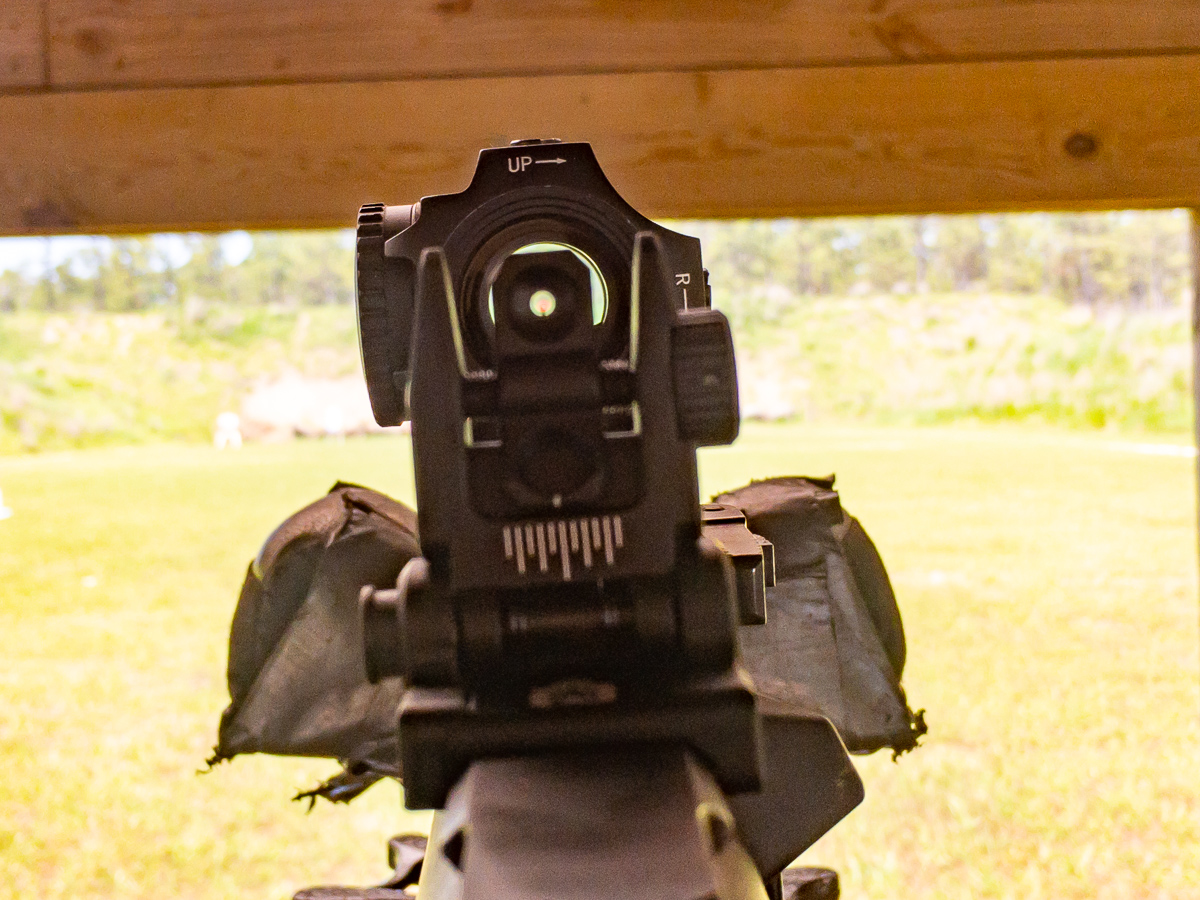 A CTS-1000 co-witnessed perfectly with the flip-up iron sights on the SAINT Victor.

It helps to at least have a folding rear sight if you have a fixed front sight on your rifle. Some red dots sit higher on the gun and you can get a lower 1/3 co-witness where your iron sights only occupy the lower third of the sight picture, thereby obscuring less of your view.