I became acquainted with the XD series from Springfield over 10 years ago in college, looking for something to keep my skills sharp. I had recently gotten out of the Marine Corps and wanted to keep sharp without breaking my college student budget. Tempted by the looks and price point (we’ve all been there) of the original XD, I bought one for around $600 and was pleasantly surprised with its performance. Back then I had the 4.5″ XD 9mm version in FDE and Black. I put thousands of rounds through the old one and never had an issue.

When Springfield released its sub-compact version the XD-s MOD.2 OSP, which comes standard with a Crimson Trace RDS, I was excited to try it out.

The XD series still surprises me.

Ten years later and this time I am using the XD-s mod 2. The design is still attractive and they updated it as well.

This sub-compact model felt like a teacup in my fairly large-sized hands. To remedy that, I picked up some extended magazines from a reputable dealer with a good price (there are some out there). Now, with the extended magazine, the gun feels good in my hand and comfortable to fire. Also, the extended magazine adds a few more rounds to the standard 7-round single stack magazines, bringing it up to 9-rounds.

This gun is light and it wouldn’t be too heavy with a 15 round magazine, not that you’d want to carry a 15 round magazine while CCW…but you could. The grip has roughened areas where your fingers go (GRIP ZONE) and it really feels locked into my hand.

The XDS Mod.2 OSP  model comes with a Crimson Trace red dot and it is pretty good to go out of the box with a few adjustments, it is dead on.

The iron sights make sense and it is easy to acquire alignment on the target. I think the thickness of the iron sights helps with that, even if they feel a bit boxy. It feels light and comfortable while shooting and I am able to keep my shooting stance without having to reset from arm fatigue.

Although, the safety catch on the grip started to ding my hand up over the course of 100 rounds. It is fun to shoot and easy to index, It feels competent with it shortly out of the box.

Let’s talk about the trigger.

It feels a bit long after the wall and a bit mushy overall. Similar sub-compact Glocks that I used out of the box had a similar feel to me, but the XDs is just a little longer by comparison. A fix many shooters can make by upgrading the trigger, with the price point (around 549 MSRP with the Crimson Trace RDS) it’s worth it to upgrade it to have something that would be a quite good little weapon for concealed carry. I would definitely use this as a concealed carry, it is thin and fits pretty well in the waistband.

The slide is ported at the rear and with the RDS it makes it very easy to grip and operate the slide. The little XD has good design and ergonomics, with a magazine extension. Magazine changes were easy and I didn’t have to twist the gun in my hand to operate the magazine or slide release. So, ten years later XD still seems to be producing a quality, fun little Subcompact that I can have fun at the range and also feel good carrying.

Range Time with the XD-s Mod.2

Out of the box, getting the hang of the XD-s MOD.2 OSP from 15 yards isn’t a big deal. I didn’t really have to adjust the sights to get on target and with the ability to co-witness, getting on target was intuitive.

I genuinely had fun plinking away all of my range ammo without the frustration of having to find my dot or having it in a funky place compared to the sights. With my older XD-M model, I loved shooting with the iron sights and I enjoy that Springfield allows you to keep that option with this new XD-s MOD.2.

Re-loading is smooth, I didn’t have issues seating the magazine or removing the empty ones. It was snug in my hands, almost too snug but the extended magazine relieves most of that “Big hands on a little gun” problem.

Shooting the XD-s MOD.2 accurately wasn’t a chore until after I had put 100 rounds through it. Eventually, the rear grip and small size of the pistol started giving me some hand fatigue and pain that made me want to fire a little faster, thus spreading out my groups. That comes with the territory for me and doesn’t bother me since I would use this for a concealed piece and that is worth a bit of comfort to keep it small. 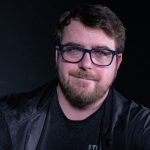 Charlie Lawson
Charlie Lawson is a former Marine Infantryman, current artist and firearm enthusiast. He has spent the last 20 years as a painter and a Visual Effects artist for Film and TV. He now works in the firearms industry as Visual Content producer for GunMag Warehouse and occasionally provides an "everyman plus" take on firearms. He holds no titles, will own no land and has fathered no children.

The APC9K — The Lexus of 9mm Subguns