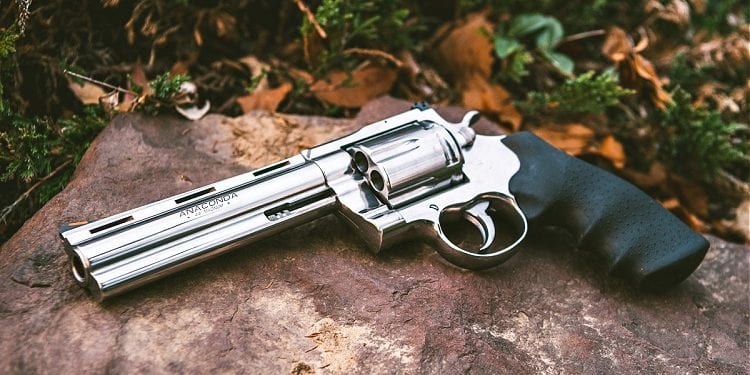 It’s only been a little over a month since CZ took over Colt, but the company hasn’t lost any stride in the resurrection of its legendary “Snake Gun” line of revolvers. Following the successful re-release of the Cobra in 2017, the King Cobra in 2019, and the Python just last year, this year’s addition to the snake-pit is the Colt Anaconda 2021.

Chambered in .44 Magnum, it’s the second generation of the original Colt Anaconda that was first manufactured in the 1990s, with some improvements for modern shooters. Those improvements include the same Linear Leaf Spring as the second-gen Python, and the same trigger pull and crisp break found in the other Snake Gun re-releases. Also, to help absorb recoil, the Anaconda 2021 is outfitted with Hogue rubber grips. 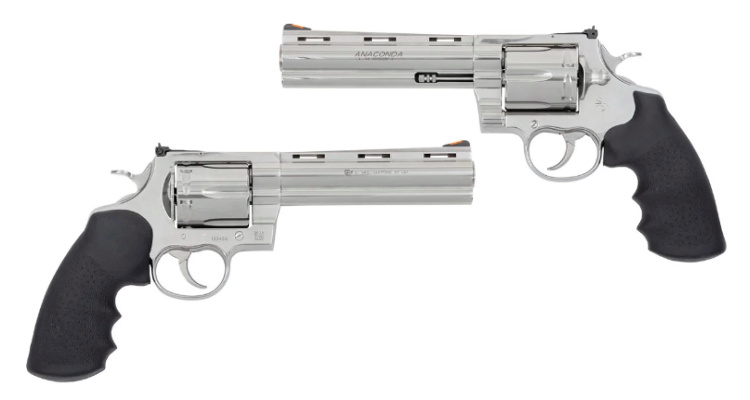 Available with a 6-inch or 8-inch barrel, these wheelguns have a solid stainless steel frame with oversized Python DA/SA action.

The 2021 Anaconda has been fully re-designed to utilize an oversized Python action with a bulked-up frame for added strength. The leaf-spring action provides a non-stacking, smooth-as glass trigger pull. Recoil-absorbing Hogue overmolded grips are interchangeable with all Colt Python grips. The sights are elevation and windage adjustable, and interchangeable with a simple Allen key.

Its iconic profile comes from the full-lug, ventilated rib barrel, available in 6″ and 8″ lengths. A recessed target crown offers protection and like all Colt revolvers, the cylinder rotates clockwise. The frame is drilled and tapped for optic mounts, making the Anaconda an unstoppable huntsman’s sidearm. 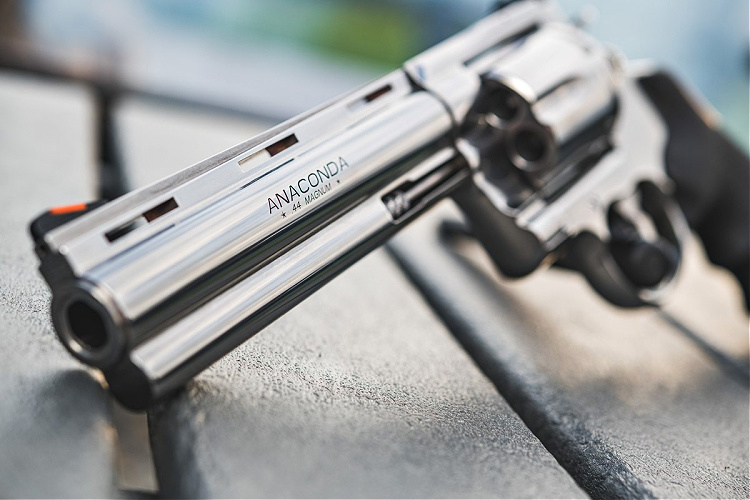 “The Anaconda is a legendary piece of the Snake Gun series and fills a unique space in the revolver market,” said Justin Baldini, Product Director at Colt. “Our team was dedicated to making this revival worthy of the Colt name while serving the needs of today’s gun owner.”

Since there were seven Snake Guns originally, (the Python, Diamondback, Cobra, Anaconda, King Cobra, Boa, and the Viper), it begs the question, will Colt be re-releasing the other three as well?

Find out more at Colt.