You might think an article about an FPS (First Person Shooter) game doesn’t belong here. You might think it too juvenile, or too nerdy, or too unlikely that imaginary gunfights and reloads in a virtual world would have anything to do with real people with actual guns shooting actual, corporeal bullets.

A vast percentage of you reading this also play shoot-em-up games. We know this.

In fact, judging by the number of people who read The Guns of Fortnite and The Guns of Red Dead Redemption, the gamer segment of our readership might be bigger than we originally thought.

So here we are. Talking about…

The 16th iteration of the Call of Duty game series been described as the most realistic FPS to date, a cross-platform multiplayer with graphics that makes unprecedented use of photogrammetry for maximum realism.

We’ll know October 15th if the game lives up to these initial accolades.

Try not to think about it too much. That’s worked for us so far.

Honestly, it could just as easily be called CoD: Future War, given the game’s theme(s) and locations.

The game was developed by Infinity Ward and published by Activision. You’ll be able to play it on Microsoft Windows, PlayStation 4, and Xbox One.

Here’s a look at some multi-player action.

If the cross-platform feature works well it will be a huge selling point for the game. Now groups of friends (and frenemies) can avoid arguing over what platform everyone should play on.

Still with us? Outstanding. Here’s an interview

We’ll see how it plays out!

(See what we did there?) 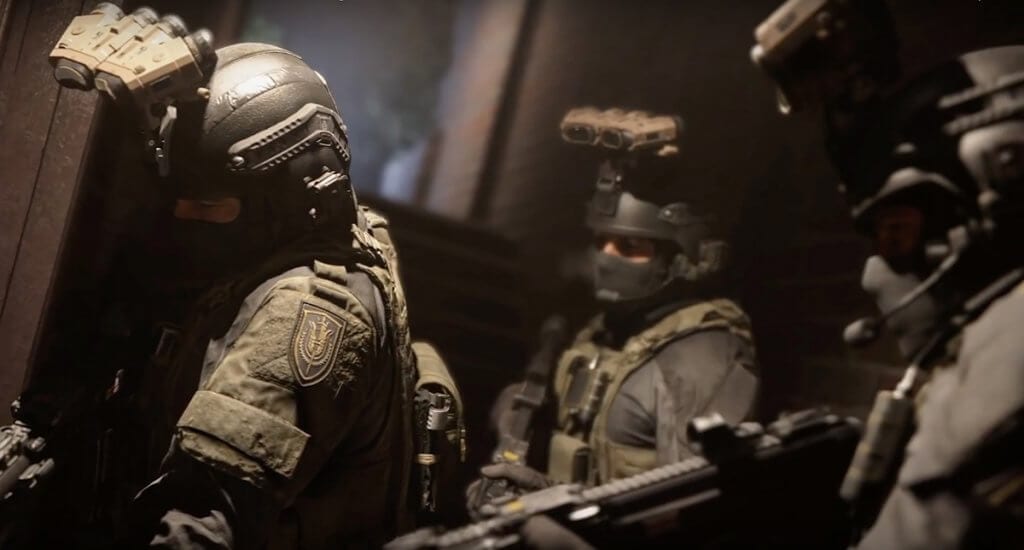 Edit 8/15. A look at the in-game weapon customization options.