By definition, pistol caliber carbines are a compromise; they sacrifice terminal ballistics/stopping power for reduced recoil, cost of ammo, and magazine interchangeability with handguns. But that doesn’t mean engineers should hit the drawing table with compromise on their minds.

Sadly, the reputation of pistol caliber carbines as plinking fun guns has led many pistol caliber carbine designers to build their creations like range toys. In doing so, foregoing some key design pillars that could otherwise elevate their ballistic brainchild from weekend warrior to door-kicking bad-ass.

Thankfully for the good of both them, and their would-be customers, I’ve boiled down the most crucial design elements into the five commandments of pistol caliber carbine design. 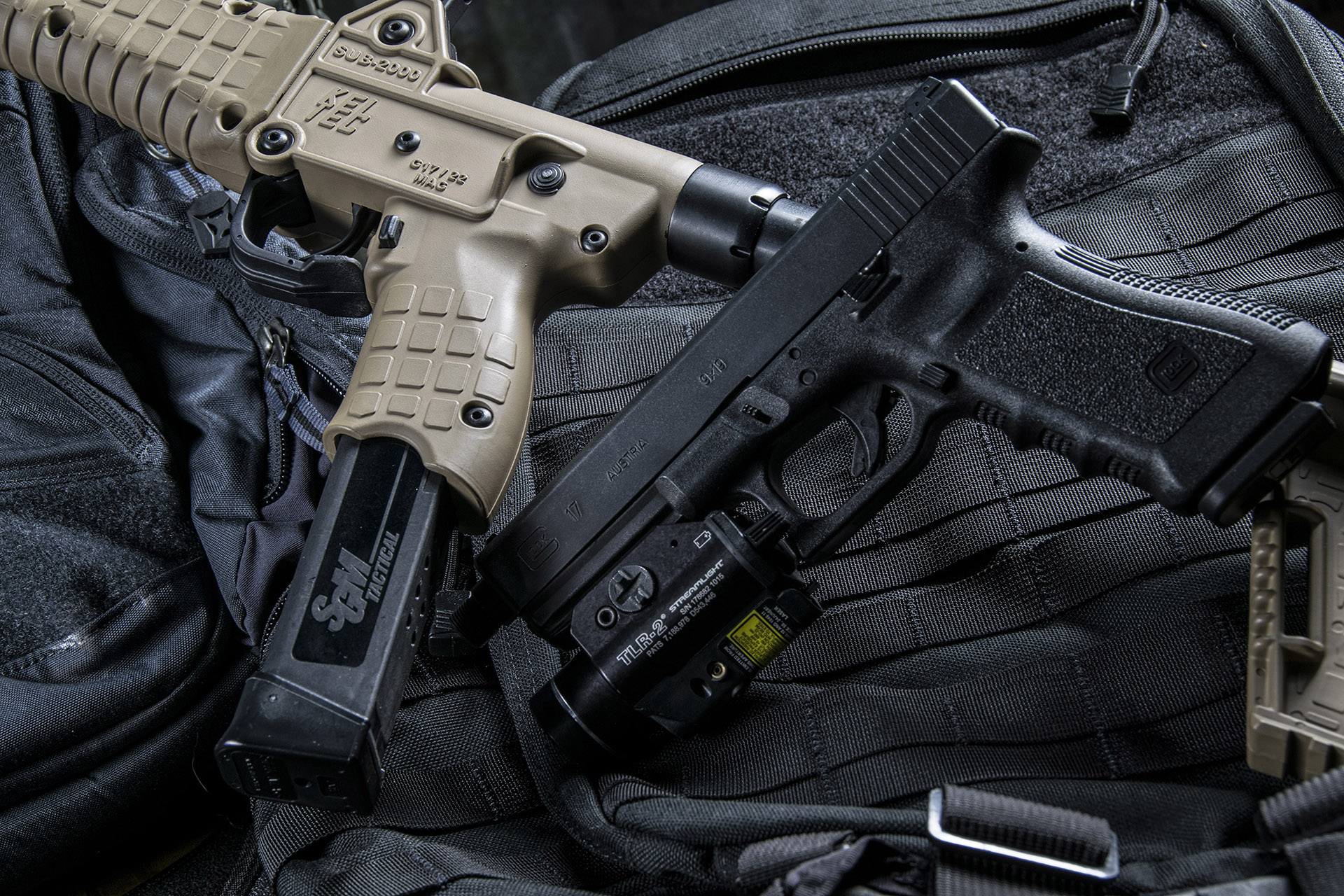 Most pistol caliber carbines designed for civilians don’t suffer from this issue — they tend to utilize an existing design’s magazine. This means increased availability, proven reliability, and standardized design that shouldn’t change. Even if it does, provided the original design has been around for more than a few years, availability won’t dry up overnight.

This was originally my concern with the CZ scorpion – while the magazines are very affordable, if the design itself didn’t do well commercially, magazines would be next to impossible to purchase in the future.

The standardization concern relates directly to the Sig MPX – it’s the reason companies haven’t been offering as many aftermarket parts for the gun. Why would a company invest the enormous amount of money necessary for tooling, research, and development if there was even a remote chance the design would be tweaked to no longer accept their product?

2. Thy action shalt be simple and reliable.

Don’t get me wrong, the MP5’s roller-delayed action and the Sig MPX’s locked-breech, piston-driven setup both have distinct advantages over direct blowback firearms — but reliability isn’t one of them. A properly designed MP5 will outlast the user, but by its very nature, is more ammunition-sensitive than something like a Kel-Tec Sub 2000 or a HighPoint carbine.

Still, this innate advantage only applies if the company developing the design has solid quality control and balances the action to function with the lowest-powered SAAMI-spec cartridges on the market.

If a company insists on running something more complex than direct blowback — an action that literally consists of only a stout recoil spring and a heavy bolt/carrier — then that action needs to be both easily maintained by the end-user and adjustable to permit the gun to run positively when dirty, or running sub-par ammo. Remember when the MPX had an adjustable gas system? Yeah, that was part of the original design, a holdover of which was integrated into the MCX. 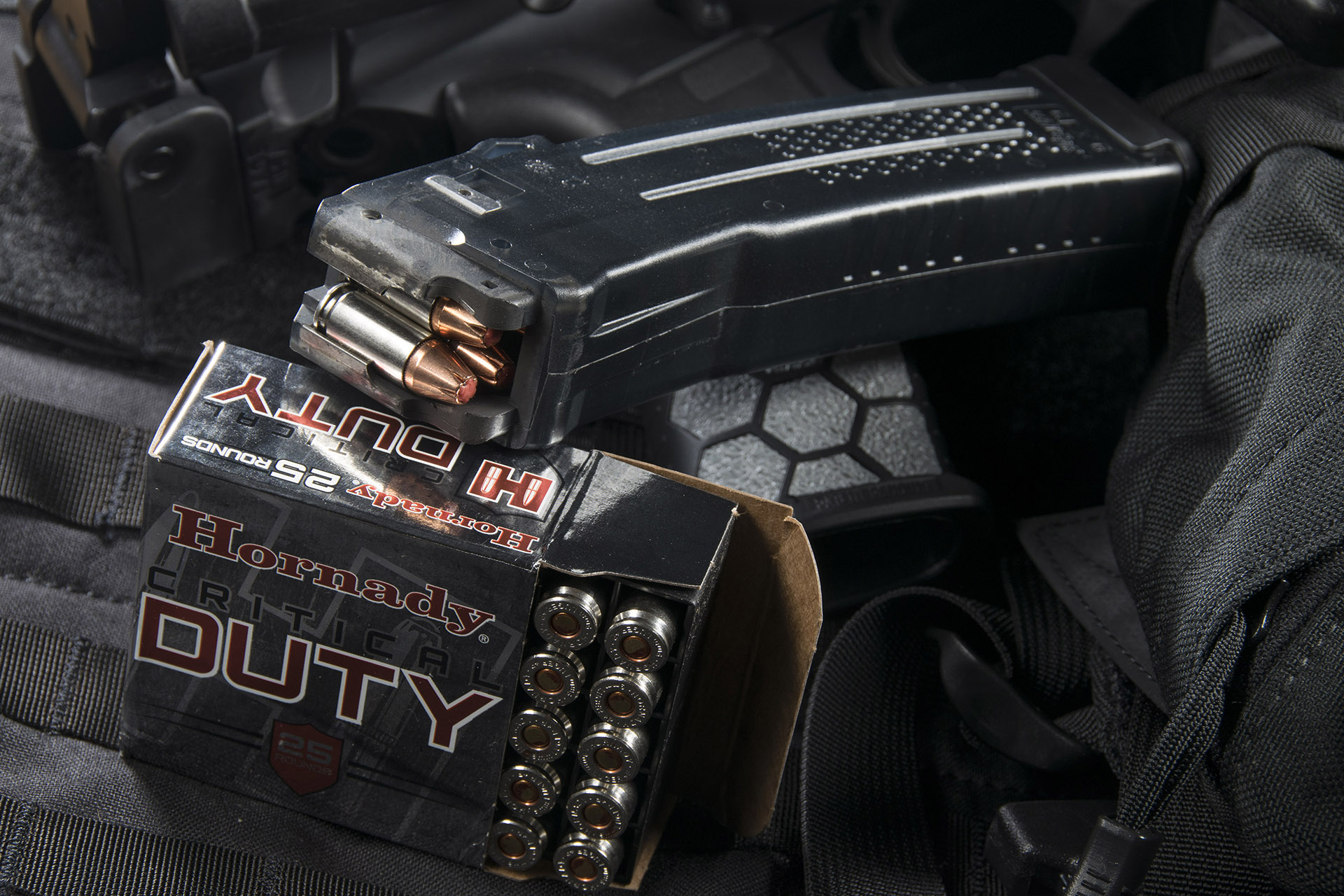 This may seem like common sense, but for a good while, MP5 pistols and carbines only liked one type of ammo — ball. Hell, this issue still pops up with some earlier versions of the CZ Scorpion!

The biggest issue with these guns not feeding ammo designed for serious use, is that it shoehorns them back into the role of, ‘plinker’. It’s hard to justify using cartridge with inferior ballistics, when what little energy its round projects can’t be effectively dissipated into the target.

Furthermore, without expanding defensive rounds, pistol caliber carbines and SMGs by extension loose one of their chief selling points – lack of overpenetration.

4. Thy receiver must be railed 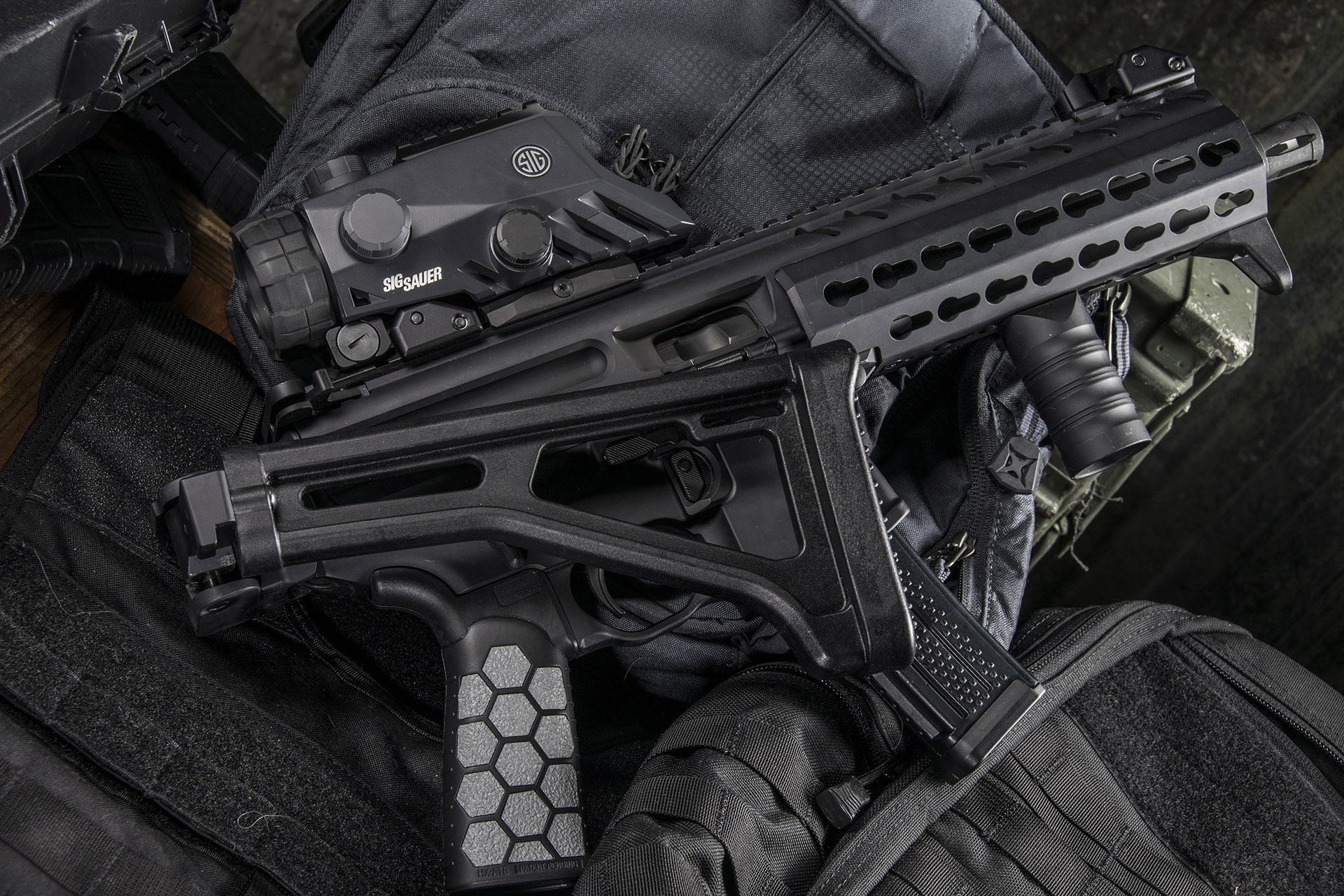 This is due to both the heft of the platform firing the round and the combination of a limited powder charge and the light weight of the bullet being fired. Because of this, it’s very easy to fire them quickly and get back on target just as quickly. But this is made exponentially more difficult with iron sights.

These guns need to be easily equipped with optics of some sort — ideally reflex sights given their limited effective range – to maximize this speed. Plus, this rail should be made of either aluminum, steel, or metal-reinforced durable polymer.

Ideally, this rail should be both be numbered for ease of repeatability when mounting, and shouldn’t need to be removed to service or clean the firearm.

5. Thy Barrel Must Be Threaded 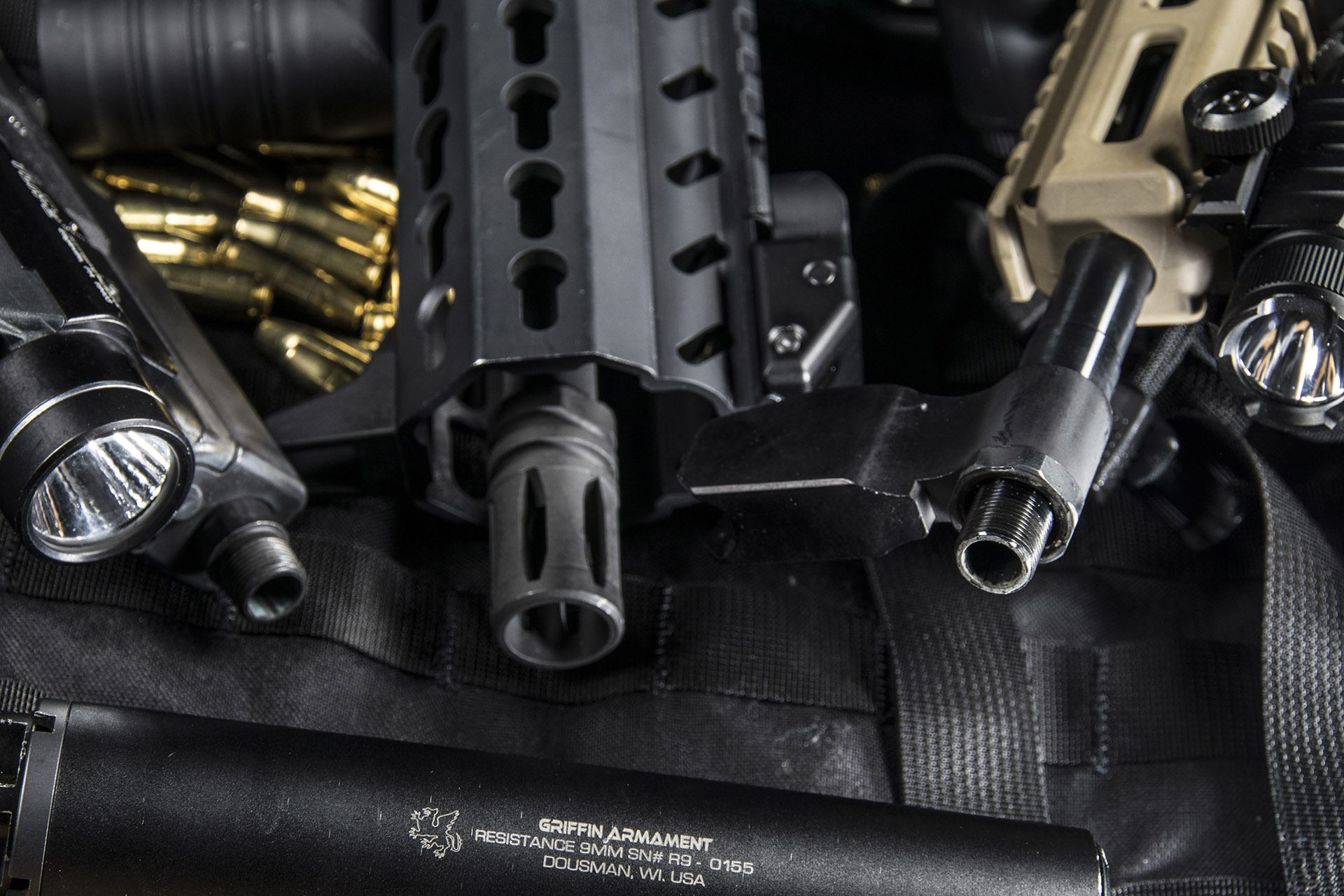 Arguably one of the two largest advantages of running pistol caliber carbines is its ability to accept and excel when suppressed. This is because while most common combat-grade pistol calibers are supersonic, most of these also have easy-to-find subsonic loadings too.

Since subsonic ammo tends to be vastly quieter than the supersonic variety, this makes any firearm capable of cycling subsonic loads a suppressor’s best friend. Look at 300 Blackout, if it wasn’t subsonic, it would just be a more expensive version of 7.62x39mm.

Ideally, the thread pitch employed should be a common one and not an oddball European pitch like the MPX and P226’s 13.5x1LH. Still, better to have a threaded barrel with a weird pitch, than a featureless one.

While these commandments aren’t the end-all, be-all of pistol caliber carbine design, any design that ignores these tenants is at a distinct disadvantage.