Art guns: concepts, clones, modernized firearm classics…and some “What If” retro-speculations even. Here’s a look at what will be coming to The Mag Life in the months ahead.
A couple of us got to talking recently about different gun projects we’d been working on (or dreaming up) and decided it’d be fun to start a section that focused on art guns and the varieties thereof.

So what’s an art gun?

Art Gun is the phrase I came up with to describe any firearm configuration that was put together because of what the end result would look like, and/or to test out the concept of a certain unorthodox or unapproached combination of parts to see how they’d work together. 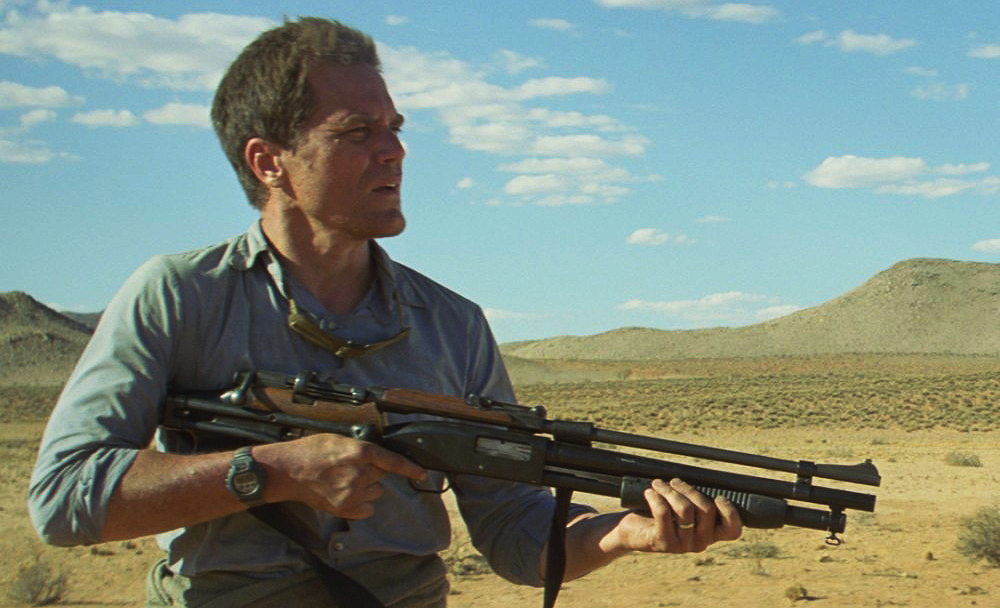 To put it in relative terms, retro guns, clones, and “What if?” configurations are all art guns. They weren’t put together to be state of the art cutting edge fighting weapons that represent the most modern capabilities the industry has to offer (although that’s not to suggest retro & clone guns couldn’t hang, because at some point in time they were it and they did the job,) rather, they were put together to replicate service weapons in both appearance and functional components out of a sense of tribute and novelty, or (in the case of What If? types) because the parts exist, they’re theoretically or apparently compatible, although no one’s actually put them together before and the end result might very well be interesting, so… why not?

The most important ingredient to an art gun: they’re fun, they look cool, they’re functional (especially if you used quality parts, as you well should,) and they can be both challenging and interesting to find parts for and then put together. They’re conversation starters for sure. That adds to the fun, especially when you’re at the range and you make new friends over an introduction that starts with “Hey what’s that you got there?”

They’re toys that can pull duty if you need them to.

Personally, I’ve done three of these, and I have one more in mind that I’d like to play around with. They will all get a dedicated article explaining what they are and why/how the idea was conceived of, approached, and accomplished.

The first one I did is called “T46” and is based on the Brownells BRN-10A reproduction of the Dutch/Sudanese AR-10, with some parts switched out. It was based on the concept of “What if the AR10 was a WWII/Korea/Vietnam gun in US service?” 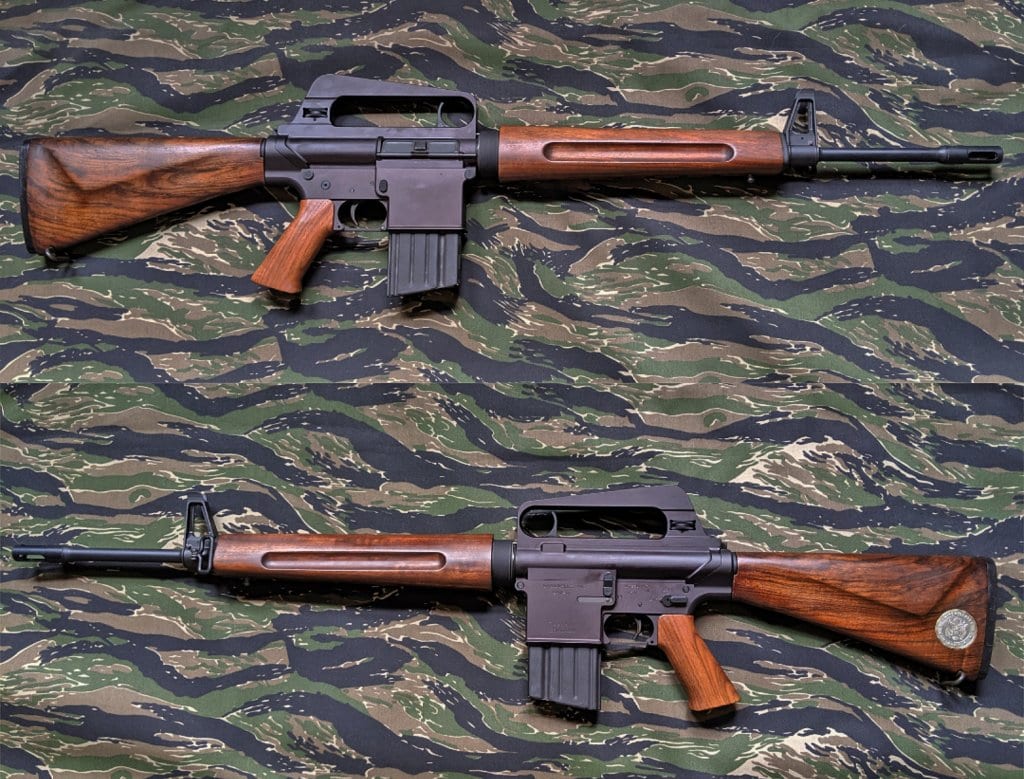 • The second one was half clone, half retro, with a few personal modifications. I named it the “Danny Archer,” as it’s a clone of the CAR-15 style carbine Leonardo Decaprio used while playing the so-named character in the movie Blood Diamond.

• The most recent one I did was a retro-ish concept I call “Neo-Retro,” as it uses modern-day components to replicate the original AR-180 as closely as possible, via the Brownells BRN-180 URG and a Nodak Spud lower receiver selected to match. 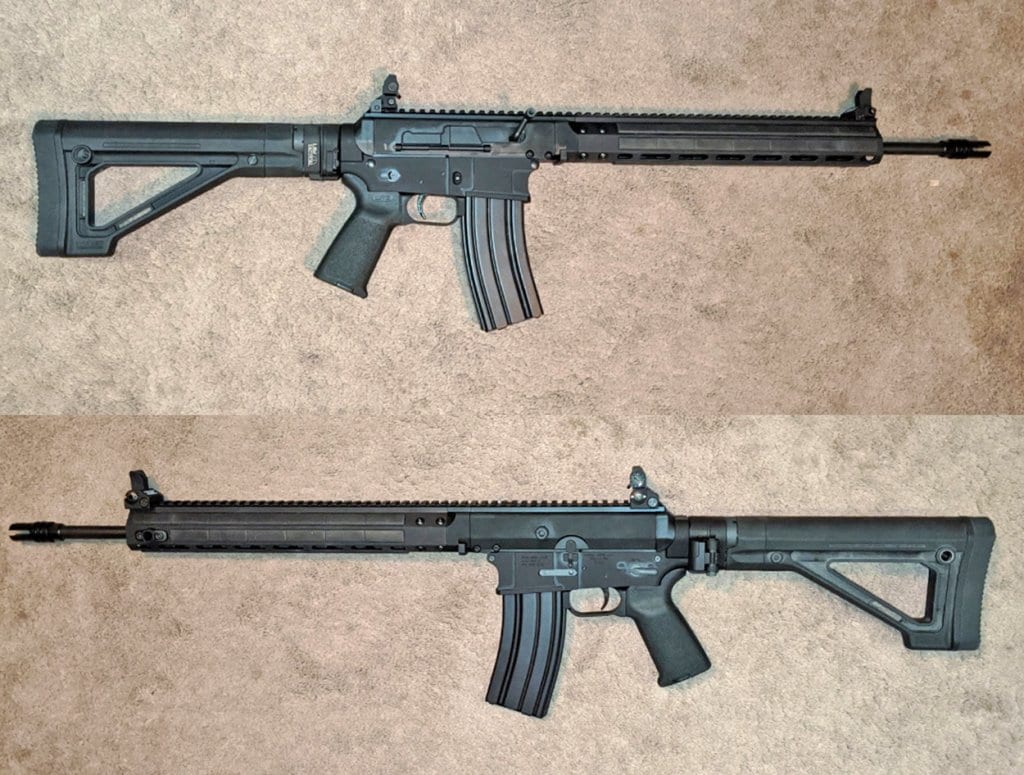 Up next is a little something I call JAG-16S for now and is purely a concept gun. It was inspired by the idea that it can be/offer the same utility as a SCAR, ACR, or MCX, but in a much more cost-effective way, making for streamlined logistics with much less proprietary parts involved: you’ll see more on that soon.

You’ll hear about each of these in more detail in the coming days, and hopefully, we can get Art Guns to the point of being a showcase column wherein all sorts of skunkworks or aesthetically-minded configurations are featured and elaborated on. Stay tuned for more!

Frank Woods
Frank Woods is a ten year veteran of Gotham City PD1 and a devoted scholar of Hoplology.  In addition to the experience gained during his tenure, he has amassed a considerable amount of training time beyond what his agency provides to its rank and file. This is as much a reflection of his enthusiasm for learning and honing techniques and mindset as it is a desire to enhance his ability to serve and protect. If you're on Facebook much, check out his discussion group, Tactics & Applications. 1 His agency's policy and procedures (and a desire for PERSEC) prevent the use of the real agency and name. GMW has vetted him, however.

Self Defense Insurance: Do You Need It? Why?