The world of 1911s is quite broad and expansive. It’s one of the most popular pistols on the market, and with that level of popularity, it also comes in various calibers. This includes basically every automatic handgun caliber out there. The three most popular calibers of 1911s are the 9mm, the 45 ACP, and the 10mm. Which is best? Well, let’s take a look at all three. 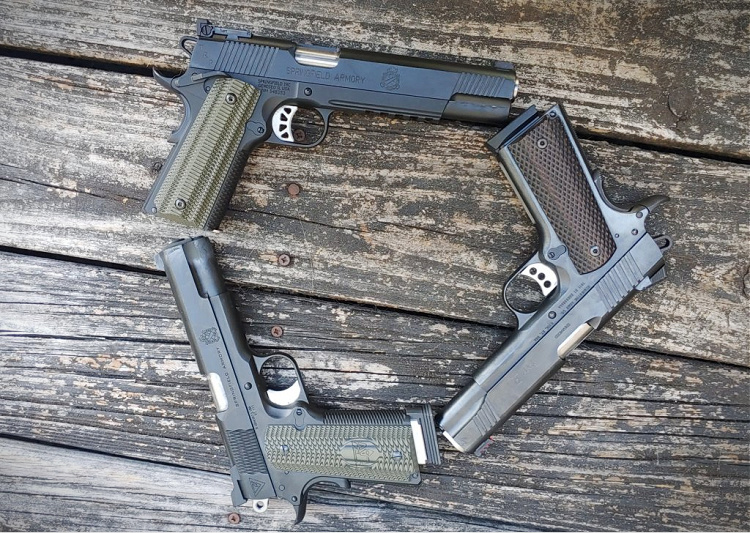 A 1911 in 9mm seems to be absolutely haram! But hear me out here fellas. 9mm 1911s are an excellent choice for new 1911 owners and even those who just appreciate the platform. 9mm 1911s do give you access to the cheapest centerfire pistol ammo on the market, and cheaper ammo means more shooting. 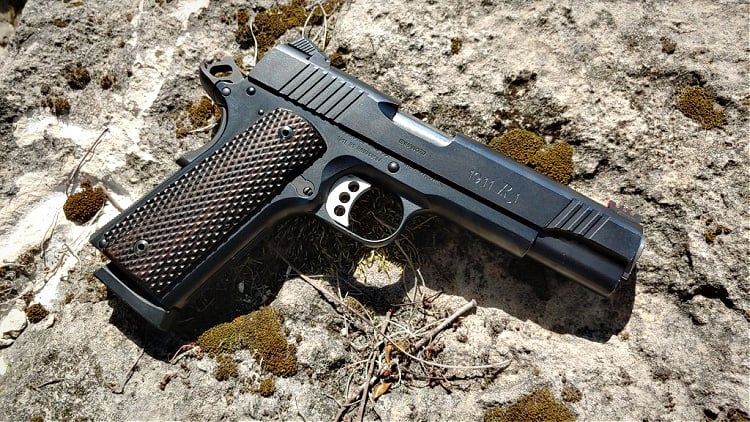 John Browning’s classic single-stack design is the most common magazine type in a 1911. This sucks for capacity, and every extra round you can fit into the magazine is a great accomplishment. A 9mm 1911 can often hold ten rounds in a flush-fitting magazine. That’s two more than 45s and one more than 10mms. 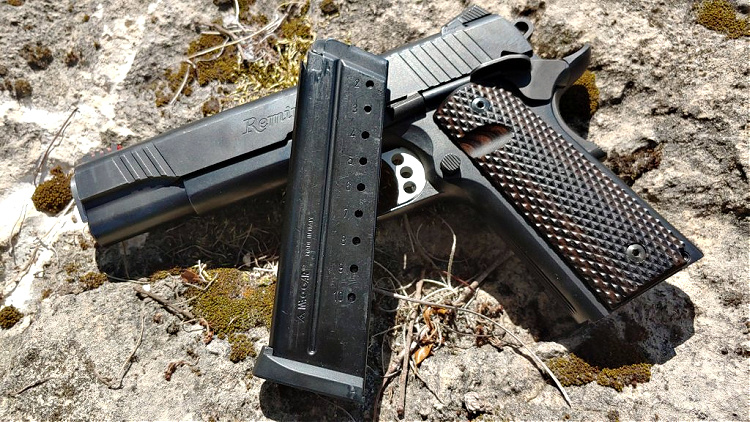 The biggest reason to go 9mm for a 1911 is for the experience in shooting it. A full-sized 1911 in 9mm is a real joy to shoot. Recoil is minimal, so is muzzle rise, and the gun is just plain pleasant to shoot. You get all the great features and functions of a 1911 with reduced recoil and increased controllability. This makes it an excellent choice for self-defense from a practical perspective.

Oh man, I shouldn’t have to answer this. 10mm just rules. Well, that’s just me being a fanboy with no evidence or real reasoning beyond inherent bias. Unlike the 9x19mm, the 10mm round is an acceptable 1911 cartridge. Why wouldn’t it be? 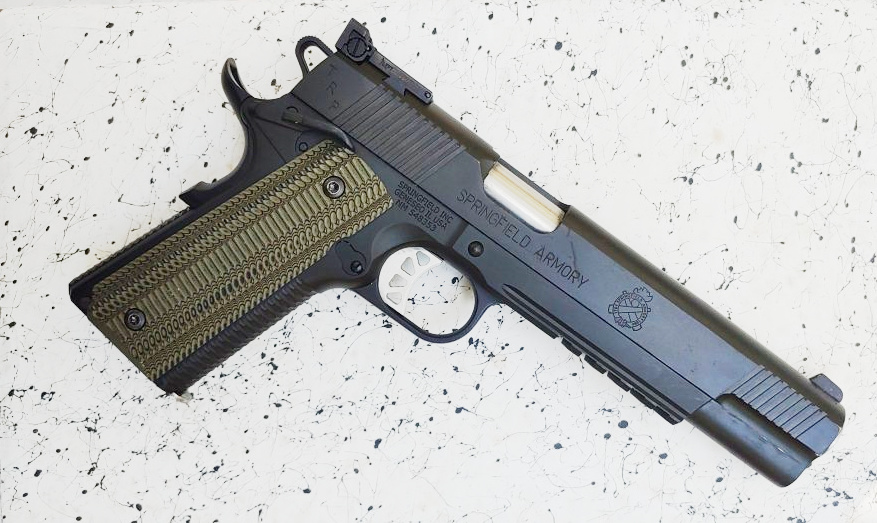 It outperforms both the 9mm and 45 ACP. The 10mm is a great choice for those looking for a hunting handgun or a brush gun for self-protection from animals. 10mm has been used to stop animals as large as bears. This caliber offers substantial power and penetration that’s beyond the 45 ACP and 9mm. 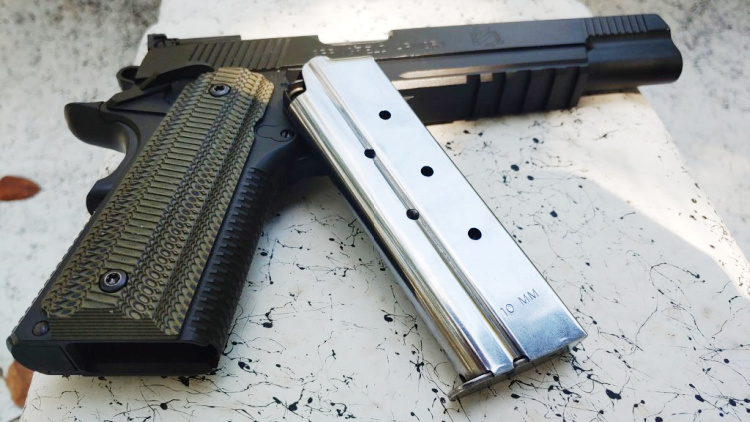 10mm 1911s also offer you a flatter shooting cartridge and only drops a mere 4 inches or so at 100 yards. This outperforms both the 45 ACP and 9mm range-wise and delivers some potent power. 10mm ammo also happens to be the most expensive of these three loads.

According to many, the 45 ACP is the Lord’s cartridges, and 1911s were originally made to chamber the 45 ACP. 45 ACP 1911s are much more common than the previous two cartridges, and this often opens up the market a bit, which lowers the cost of entry. On top of being the most common gun, it also sports the most common accessories. Finding spare mags, replacement parts, and everything else will be much easier with a 45 ACP 1911. 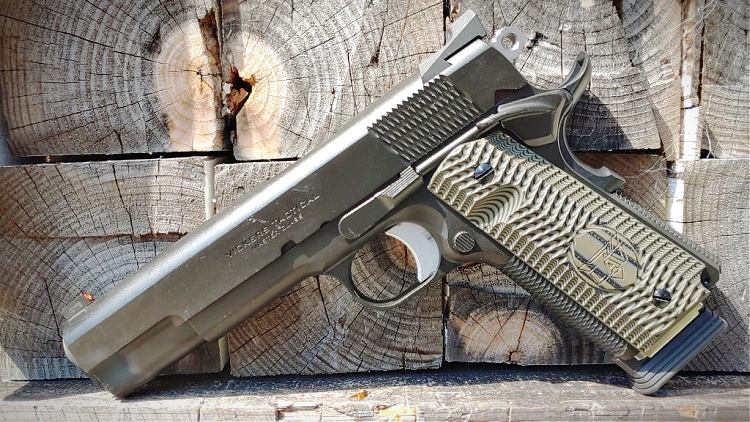 45 ACP 1911s tend to be easier to suppress due to the majority of the ammo being subsonic naturally. That makes it fun to throw through a can, and that makes the ammo easier to find when compared to 147 grain 9mm loads. 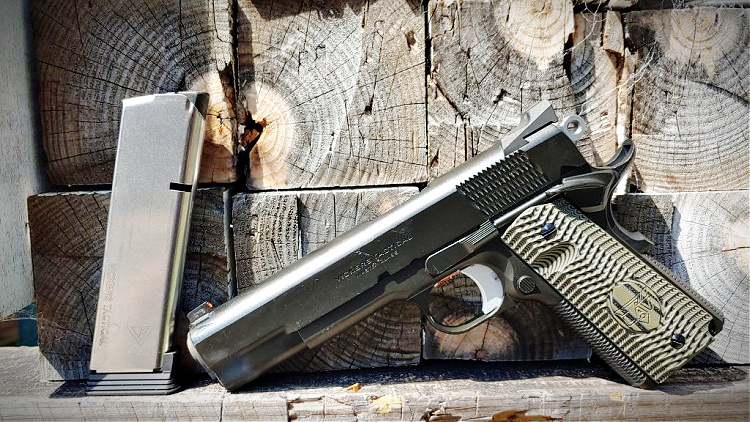 The 45 ACP as a defensive round is often overshadowed by the capable and higher capacity 9mm round. The 45 ACP is a bigger projectile, and with modern defensive ammunition, it does offer the most expansive ammunition. Some 45 ACP ammo expands to nearly an inch as it travels through a soft target.

1911s are absurdly popular, and the fact that you can find a 1911 in 357 Magnum all the way to 22LR shows that there are options for everyone. There are lots of conversations that can be had about the caliber wars, but honestly, I think its best just to have all three. 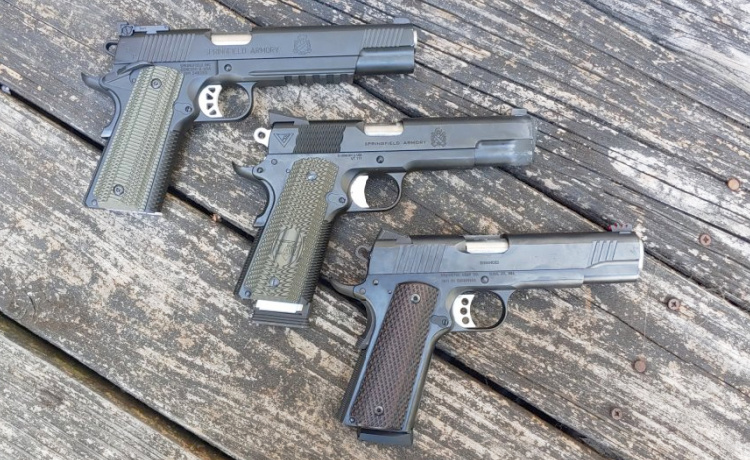