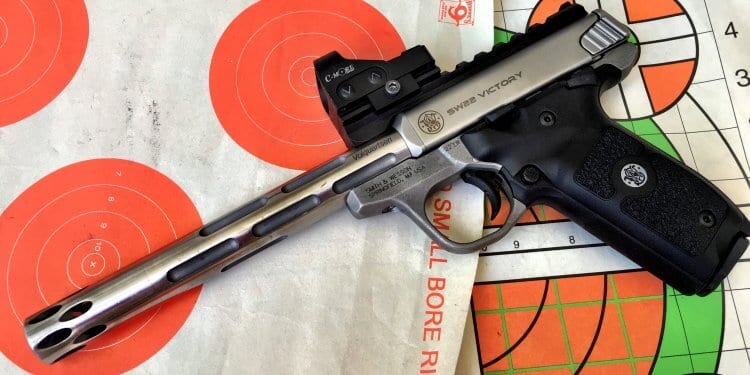 Who needs yet another .22 Long Rifle Pistol? That’s what I thought when I got my hands on a Smith & Wesson Victory at a pre-launch showing a few years back. In fact, it looked like other pistols already on the market, like the Smith 22A pistol for example. 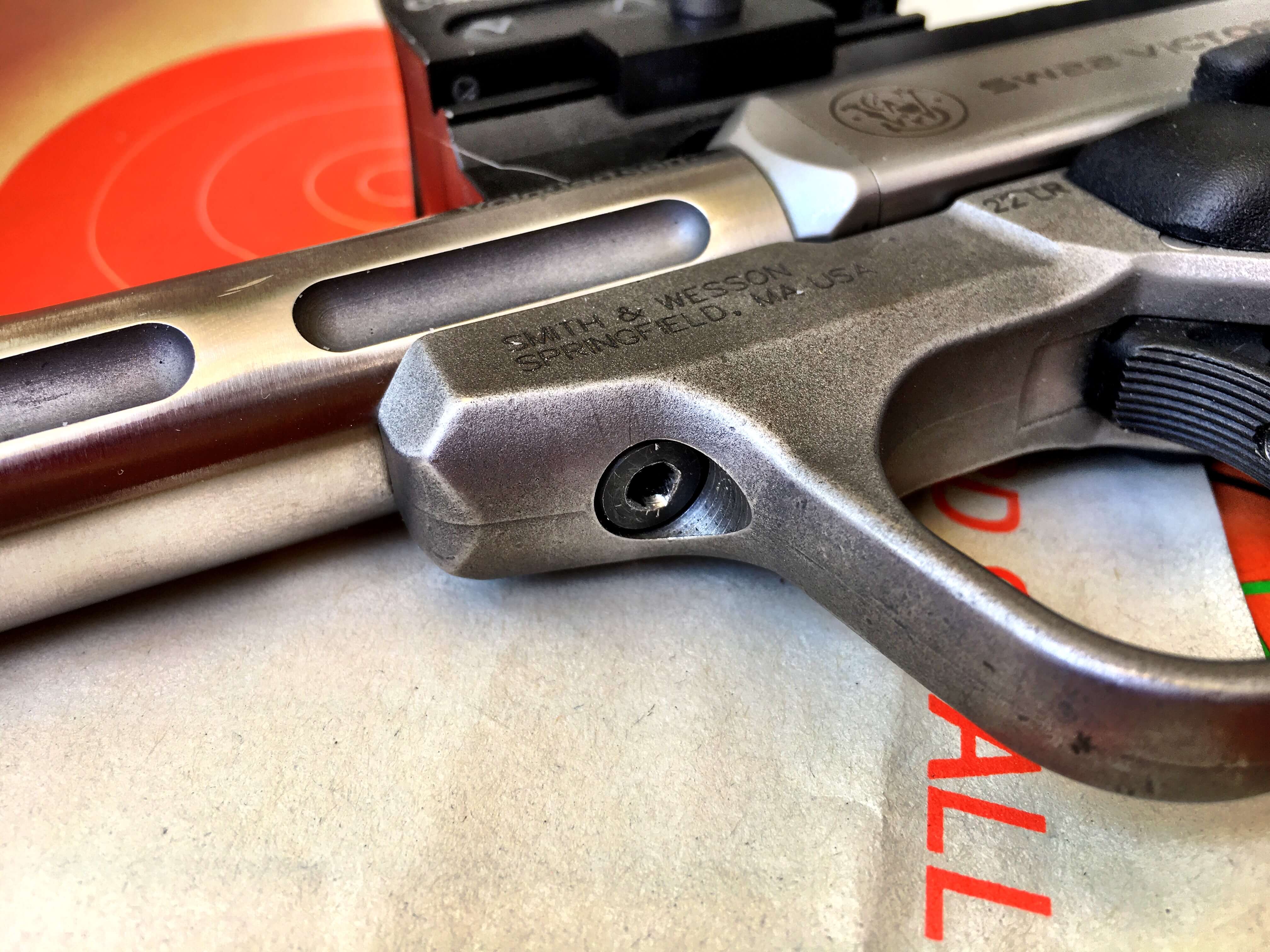 So what is the Victory? It’s a semi-automatic like the Ruger Mark III, but it’s easy to clean. Unlike so many .22 pistols, it’s actually designed to field strip easily – and much, much more.

The Victory is a stainless steel gun with a bead-blasted matte finish. That means it’s got some weight, which I consider a good thing in an accurate plinking pistol. Depending on the specific model, it checks in at just about 36 ounces empty, or about 2 ¼ pounds. 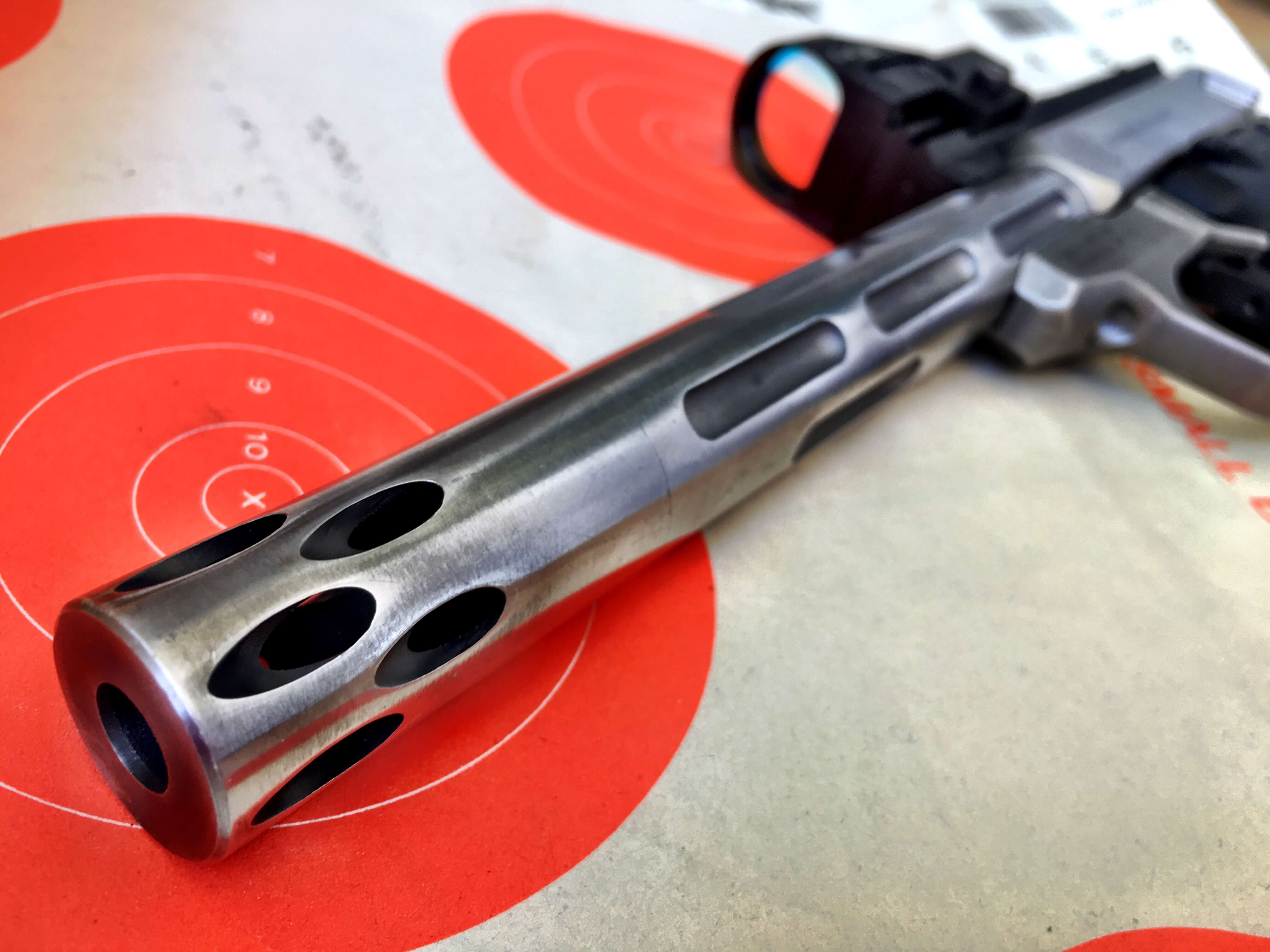 You can swap barrels in seconds. Shown here is a sweet threaded one with muzzle brake from Volquartsen.

The SW22 Victory is a single-action design, so it features a frame-mounted safety lever on the left side. It’s easy to disengage with the firing hand thumb but requires a slight grip adjustment to re-engage. To cock the Victory, just draw the interior bolt to the rear from the fixed upper receiver assembly – much like that on a Ruger .22 pistol. Two ten-round magazines come with the gun. The front sights on the standard and threaded models are fiber-topic while those on the Target variant are solid steel blades. 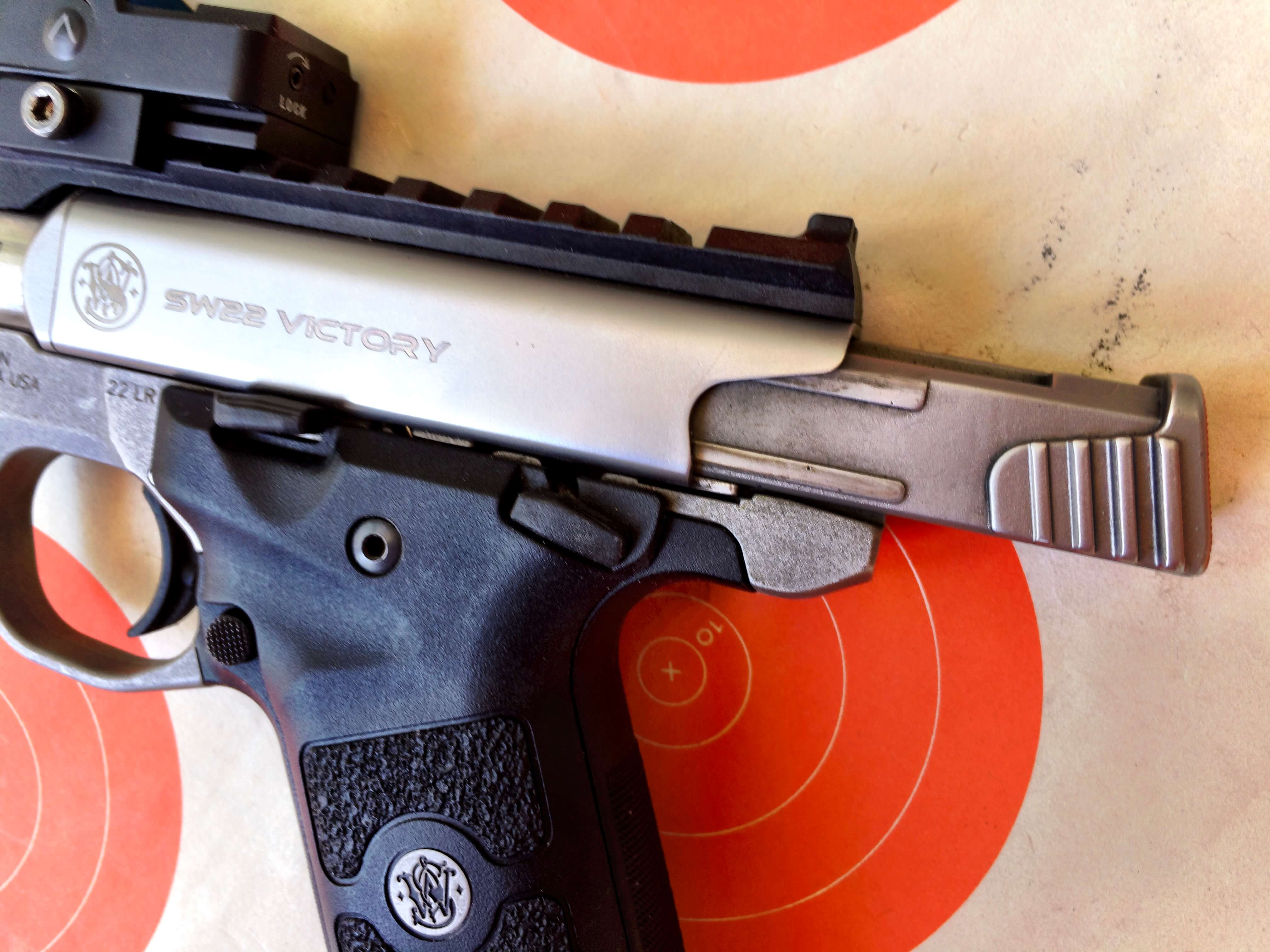 The receiver is fixed – you cock the single-action Victory by drawing the bolt back.

First, the modularity and configuration flexibility options are insane. The pistol field strips with the removal of a single Allen screw just forward of the trigger guard. The bolt literally drops out of the receiver making cleaning of the interior parts and bore simple. It literally could not be easier.

The modularity goes much further, however. That same design lends itself to easy barrel swaps. Note the super-sporty and insanely accurate upgraded barrel from Volquartsen on the model shown here. You can also swap the adjustable rear sight for an upper rail segment if you want to add optics. That same rail features a rear sight notch built-in, so you still have iron sight capability. 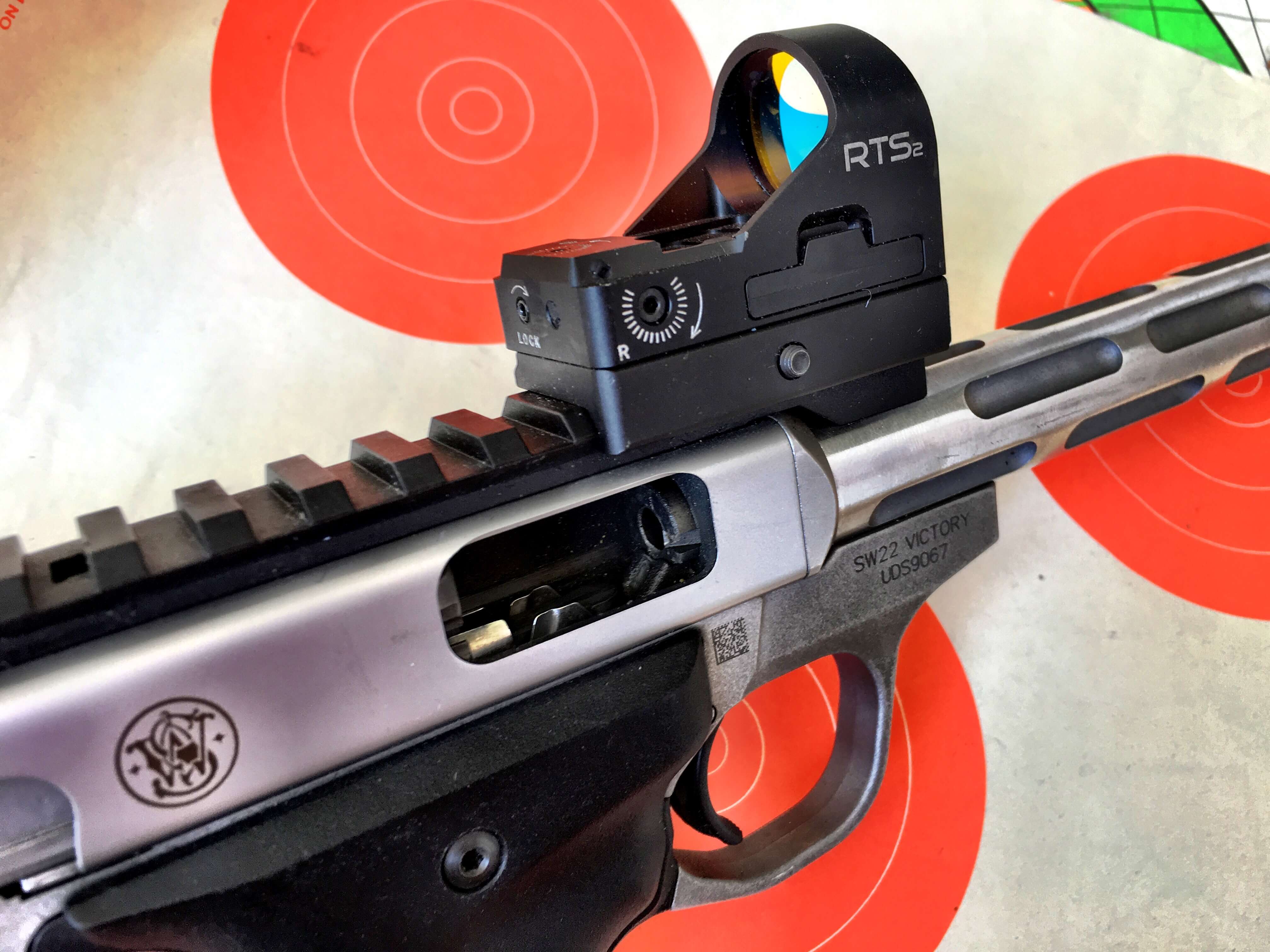 You can also install the included rail segment to mount optics.

The second feature is accuracy for the dollar. Even with the standard factory barrels, this pistol is a tack driver. With a sandbag rest, I fired the following five-shot groups from 25 yards.

That’s some seriously impressive accuracy from a wide variety of rimfire ammo. With an MSRP of just $409.00, it’s hard to beat.