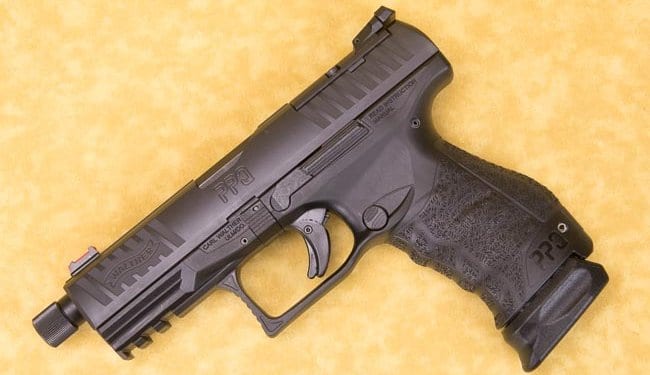 Walther Arms is now releasing a new 9mm PPQ pistol that might be of interest to a lot of shooters. The new Walther PPQ Q4 TAC handgun is a PPQ pistol with a 4” barrel that gives you the ability to add a red dot optic and sound suppressor to it.

Interested? Let me break it down a little further.

In recent years, 1x power optics have gained a great deal of acceptance for use on combat rifles. With the country approaching two decades of war overseas, an incredible amount of real-world evidence has been gathered that shows these kinds of sights can work well in combat conditions.

The question is if the same kinds of benefits can be had on handguns used for self-defense and personal protection. Many shooters have decided to give it a go and add a red dot to their pistols. 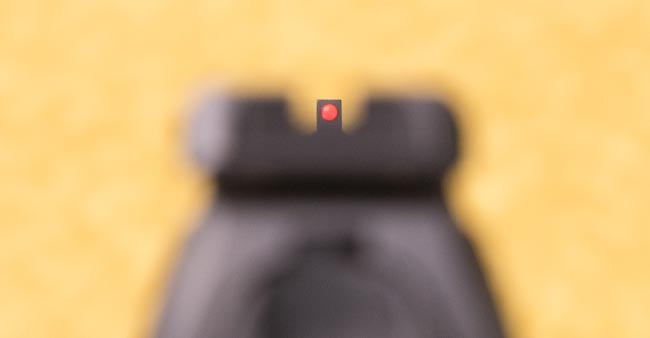 This is the sight picture on the new Walther PPQ Q4 TAC.

Addressing this growing market, Walther decided this new gun should have that option. On the Q4 TAC, the slide is cut to accept mounting plates for some of the more popular red dot optics. The company includes three different plates with the gun, one each for Trijicon, Leupold, and Docter style sights.

Of course, you may not want a red dot sight on your pistol. You might even decide after trying one that you don’t much like it. Either way, Walther includes regular sights on the gun. Up front is a fiber-optic sight. In back is an adjustable sight with a pair of white dots.

Leaving aside the onerous legal restrictions on buying and owning a sound suppressor, the devices are very good at mitigating the harmful effects to your hearing. More and more shooters are jumping through the hurdles necessary to purchase a muffler, so many gun companies are now offering firearms with threaded barrels. The Walther PPQ Q4 TAC is the latest. 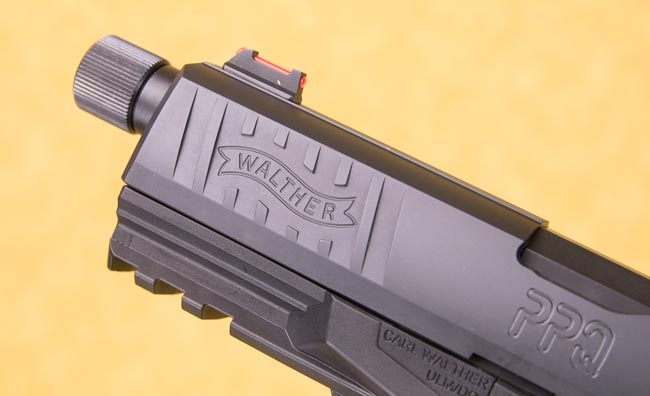 This is the threaded barrel on the new Walther pistol.

The barrel of this new pistol is 4” in length. At its end, the company threaded the barrel (1/2”x28) for the easy attachment of a sound attenuator. With the gun, Walther includes a thread protector that screws onto the end of the barrel.

Depending on the diameter of your can, you may want to have a riser on the optic. If you are not using an optic, understand that the included sights are not typical “suppressor height” sights. So, out of the box, the factory sights may not be ideal for some of the larger sound suppressors. 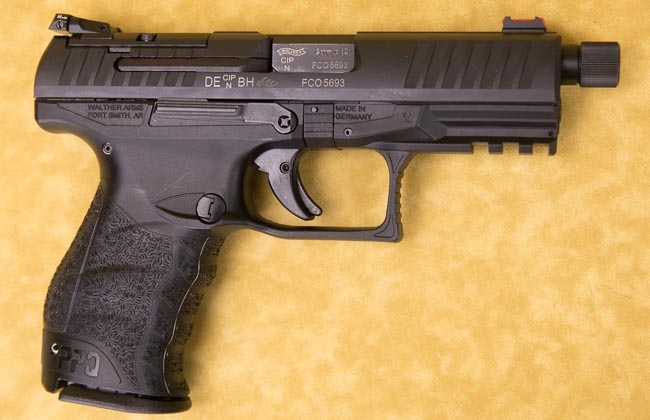 A look at the right side of the new Walther PPQ Q4 TAC pistol.

The Walther PPQ Q4 TAC is a derivation of the standard PPQ M2 pistol. It has a push-button release for the magazines, interchangeable backstraps, and the company’s Quick Defense trigger. The gun has an ambidextrous slide stop and an accessory rail. 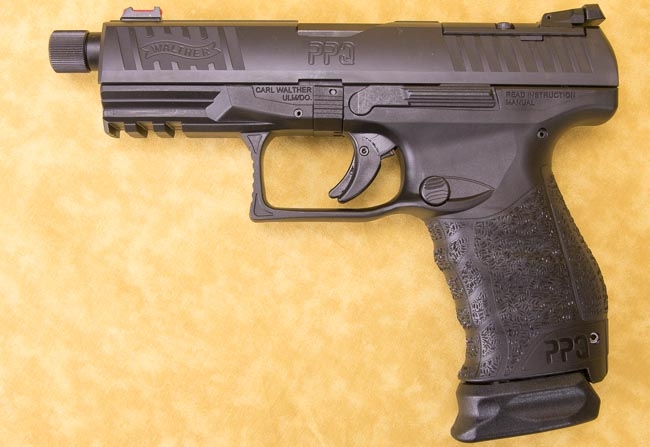 Profile view of the pistol showing the extended magazine.

According to Walther, the Q4 TAC has a suggested retail price of $799. As with most firearms, your local dealer will set his or her own price on the gun. I would expect that this would sell for something less than MSRP.