Vortex Optics has been selected by the U.S. Army to produce and deliver up to 250,000 Next Generation Squad Weapons – Fire Control (NGSW-FC) systems over a 10-year period, all starting this year. The NGSW-FC is a planned replacement for Close Combat Optic, Rifle Combat Optic, and Machine Gun Optic within the Close Combat Force (Infantry, Cavalry Scouts, and Combat Engineers).

The Vortex Optics NGSW-FC, called the XM157, is designed and built with the current and future warfighter needs in mind. It is said to be a rugged fire control and increases the accuracy for the Close Combat Force. The agreement minimum is $20 million and allows the U.S. Army the ability to acquire the necessary units.

Designed and engineered entirely at Vortex Optics, the XM157 provides seamless connectivity on the battlefield. It takes a multitude of advanced technology systems all into one platform. The MX157 is an LPVO (or Low Powered Variable Optic) complete with display overlay, an LRF (Laser Range Finder), a ballistic calculator, environmental sensors, aiming lasers, digital compass, and Intra-Soldier wireless communications. 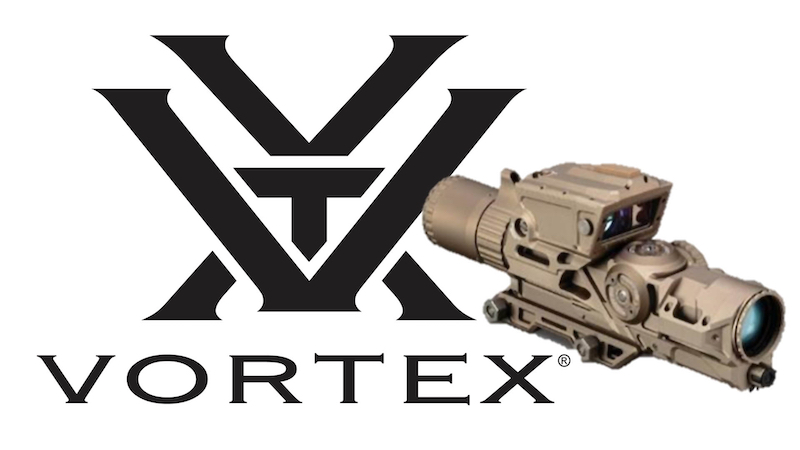 The LPVO that the XM157 is based around is a 1-8x30mm that has a glass-etched reticle on the lenses and is made entirely in the United States. The entirety of the XM157 weighs less than other traditional LVPOs that are currently used along with the LRF’s and appropriate mounts. The lighter package will allow current and future servicepeople in the U.S. Army to work faster and engage targets easier and more effectively.

With the Picatinny base that includes the Vortex Active Reticle system, a digital display image into the first focal plane of the optic, the XM157 allows for intuitive displays to support ballistic drops, reticle shapes, and sizes, and additional modes to display waypoints, identified threats, and fields of fire.

For the future battlefield, the optic withstood rigorous drop-testing, extreme hot and cold environments, immersion in water, and large amounts of rounds of live-fire, to the tune of tens of thousands of live-fire rounds.

The combined technology for the XM157 allows the user to range a target, send the information to an onboard ballistic solver, factor in atmospheric information and display all information in the user’s sight picture. All this happens in tenths of seconds. The XM157 can be controlled via an onboard keyboard or a detachable remote to allow the user to meet any fluctuating needs in the field.

All components of the Vortex NGSW-FC will be procured from U.S. manufacturers and will be assembled at the Vortex Headquarters in Wisconsin.