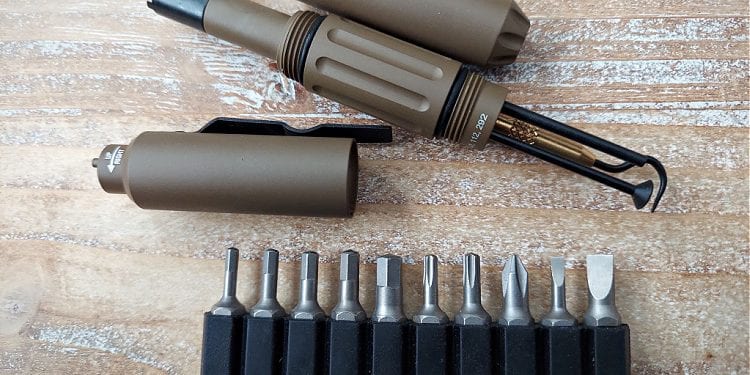 Recently, I received a tool for evaluation that has turned out to be a major asset to my range bag (or everyday carry kit). It’s called the Multitasker from Multitasker Tools, LLC. I wish I’d have had one of these years ago!

The overall size of the tool is five inches by 2/3 inches. It’s about the size of a thick marker and does not weigh much more than one. It’s small enough to clip into pants or a shirt pocket (mine is going straight into my range bag). 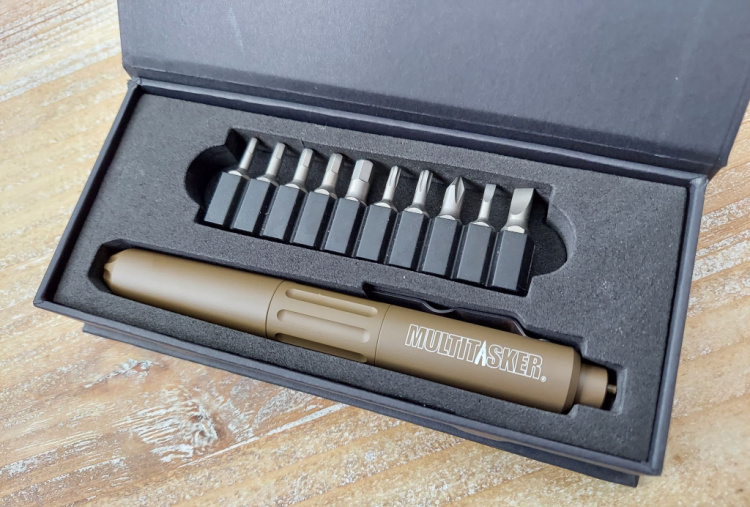 The Multitasker comes in a nice case that keeps the bits organized. Ten bits are included.

This thing has more tools than most Swiss Army Knives!

Packed into this little kit are the following:

The bits include two slotted screwdrivers, a No. 1 Phillips head, and two regular head drivers (A 3/16” and 3/32” slotted). In addition, the following heads are also included: A T16 Torx and a T10 Torx. Five Hex driver heads are also along for the ride: A 3/16”, 9/64”, 1/8”, 7/64”, and a 3/32”. These heads fit into a plastic strip that is contained in the box that the Multitasker comes in. All in all, these will get the user through most tasks that would present themselves. 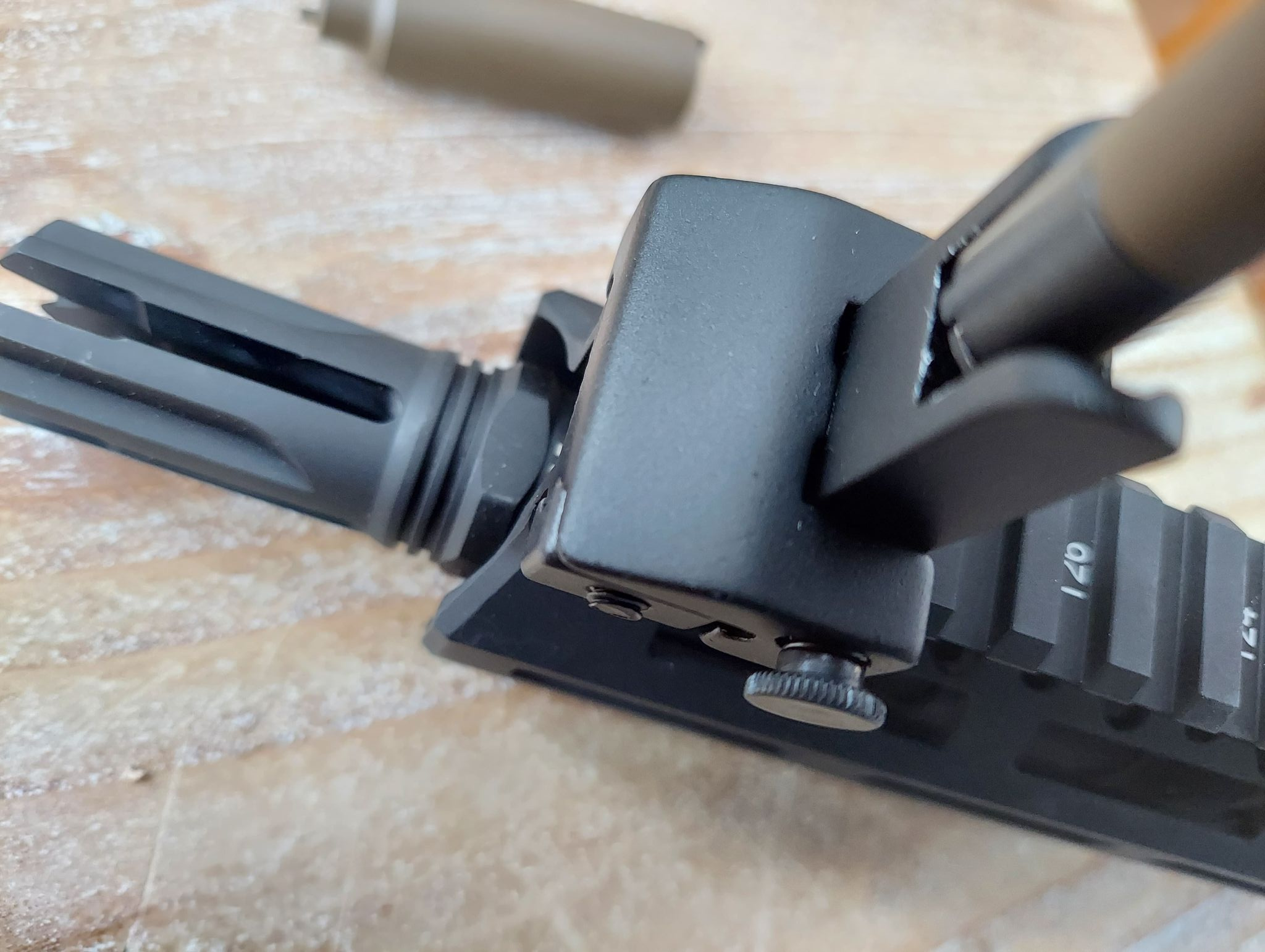 The AR-15 front sight adjustment tool is a great addition to this kit!!

That’s a lot of stuff to pack into such a tiny package, and it all fits together so perfectly, you won’t believe it! It is all contained in a small case for easy storage, which makes for a nice package. 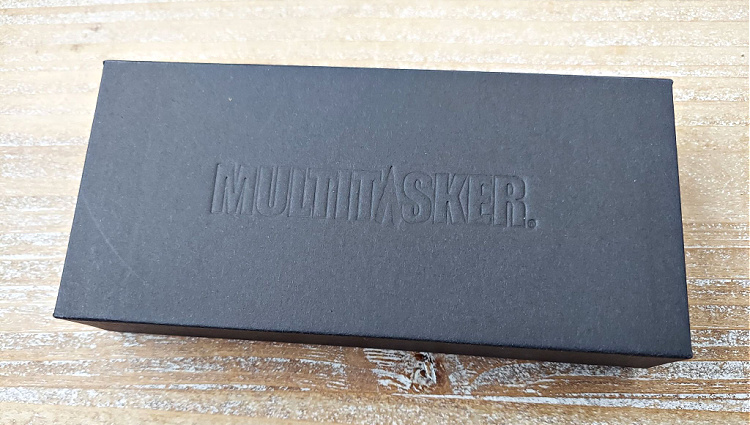 The box that the Multitasker comes in.

Could have used it that one time…

A few months ago, I was at the range, sighting in an AR-15, requiring me to make some adjustments to the front sight. Well, I didn’t have a front sight adjustment tool with me, so I had to search my range bag for a pointy object to move the sight. All I had was a ballpoint pen, which very quickly broke. Then I tried the tip of a bullet, which wasn’t working great. Eventually, I got the job done, but not without much wailing and gnashing of teeth (along with some choice words). Just having the front sight adjustment tool in this Multitasker would have been worth the price of admission!

As I said, this tool will be going straight into my range bag.

Some uses that jump to mind are tightening/untightening screws for scope mounts, disassembling various firearms, or mounting a myriad of optics. For around the house or car, this would also be a versatile tool. I imagine some folks might clip it to their pants pocket as well. The Multitasker would also make a wonderful addition to a bugout bag! 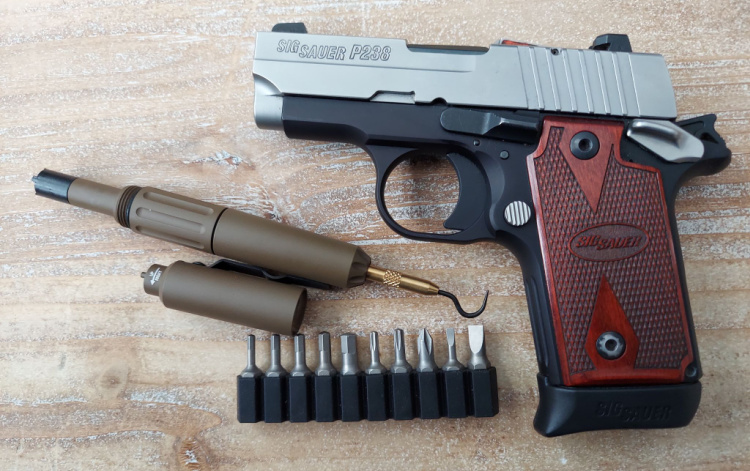 The dental pick tool is excellent for cleaning firearms after a range session by getting into nooks and crannies.

The pin punch will be especially helpful for detailed stripping of weapons such as Glock pistols, and armorers will enjoy having this option available to them in such a tiny package.

Coupled with a good multitool, I can’t think of many tasks that this little bundle of joy couldn’t tackle. 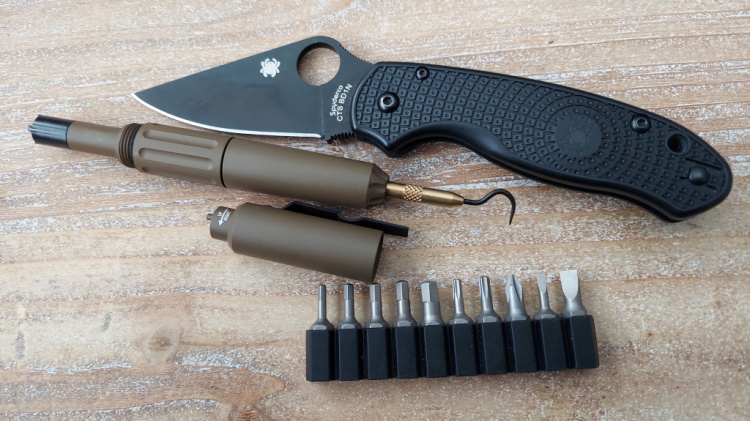 The bits fit various knife screws, to help in adjustments or disassembly.

The body of the unit is machined from aluminum, so it is very lightweight. Everything fits together well and is easy to use, which adds to the joy that this device brings.

The finish is Type III Mil-Spec Anodized, and I have two Multitaskers, each one wearing a different finish: one is flat black, with the other being a sort of Coyote Brown. The fit and finish on these tools are actually quite nice, I’d even go
as far as to say that it’s attractive. It’s nice to see the care that went into the design and manufacture of this tool, it was obviously built with pride. For those with a gear and gadget fetish, this pocket-sized toolbox will be a major hit! 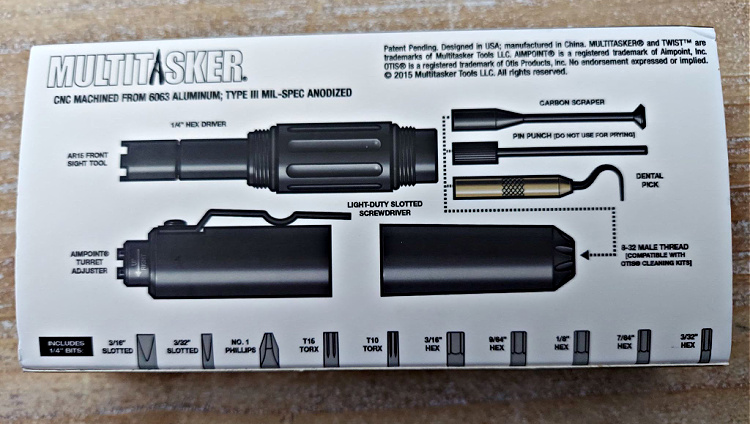 The box outlines all of the attributes of this tool, which can be a helpful guide.

All in all, the amount of tools in this little thing is mind-boggling. You’ll wonder how you ever got along without a Multitasker gun tool once you pick one up from Gunmag Warehouse. They’re just a shade under $50, so it’s quite affordable.