I love shotguns. Love ‘em a ton. Scatterguns are a lot of fun, and while they’ve fallen out of favor in the last decade or so, there seems to be a contingent of shotgun enthusiasts out there. The Covid gun selling craziness has also seemingly pushed the tactical shotgun back into the limelight. My local gun store can get ARs but be damned if he wants 870s, 500s/590s, or 1301s. With the popularity of the tactical shotgun rising, I want to make a case for the lightweight shotgun.

My favorite shotgun is the Benelli M4. I’ve taken mine and stripped it down to accommodate an optic, 7-round magazine tube, a metal forend, a side-saddle, and sling. I’ve also noticed the heft is significantly increased, especially compared to my Plain Jane Mossberg 500 Retrograde. This leads me to do a little testing and evaluation with my shotguns, and I’ve come to find out that the lightweight shotgun is the best way to go for most shooters.

Before we dive into why the shotguns work best as a lightweight weapon, we need to examine the role of the shotgun in a tactical scenario. Shotguns are close-quarters fighting weapons. Inside of 25 yards, they are brutal weapons that end fights quite decisively. In my experience, the winner in a close quarter’s fight is usually the one who is faster and better at placing effective shots.

That’s why shotguns rule in close quarters. Unlike other weapons, they deliver a multitude of projectiles per trigger pull. Eight 33 caliber pellets are quite the payload. Unlike other firearms, it enhances your ability to place a projectile in an effective place to stop a threat. When buckshot hits the body, the rounds tend to spread, and this allows a shooter to place multiple pellets into the central nervous system, shutting the threat down.

The shotgun is easier to use accurately when you have to combine both speed and moving targets. In close quarters it might be tough to assume all the fundamentals of marksmanship when fighting, so the shotgun gives some wiggle room.

Greg Elifritz examined one-shot stops with a variety of calibers and discovered that shotguns stopped the threat in 86% of situations. This was more than any other caliber, including all centerfire rifle calibers. This information includes all shotguns and not just 12 gauge shotguns and doesn’t breakdown the load used. I’d love to see the one-shot stop percentage when only 12 gauge buckshot is considered.

Now we know the rule and advantages of the shotgun, we can examine why a lightweight shotgun might be a better choice. The first thing to consider is the fact that close quarters is the shotgun’s playground. With that in mind, how often should you assume a low or high ready position in a close-quarters fight?

Another benefit to a lightweight shotgun is your ability to swing it up and on target, or from target to target. A heavier shotgun isn’t that slow to swing, but the momentum carrying it can take you off target, especially if that target is smaller.

I tested this through a variety of drills, including single snapshots and dual-target engagements against the clock. I used a hefty Mossberg 590A1 and the lightweight Mossberg 500 Retrograde. My target was a 6-inch circle, and I was using Olin company Mil-spec buckshot. 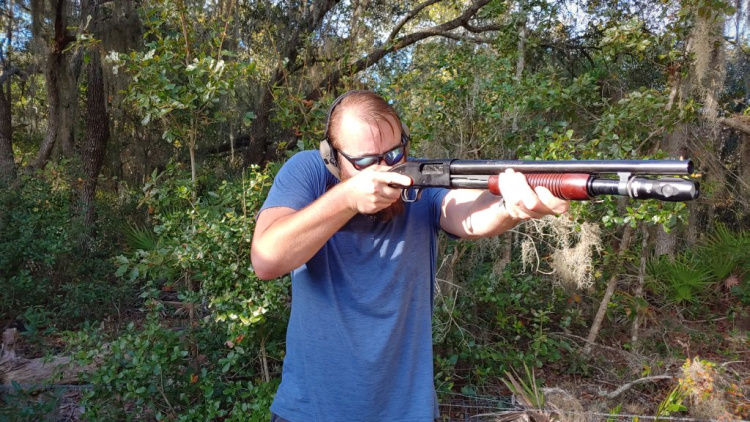 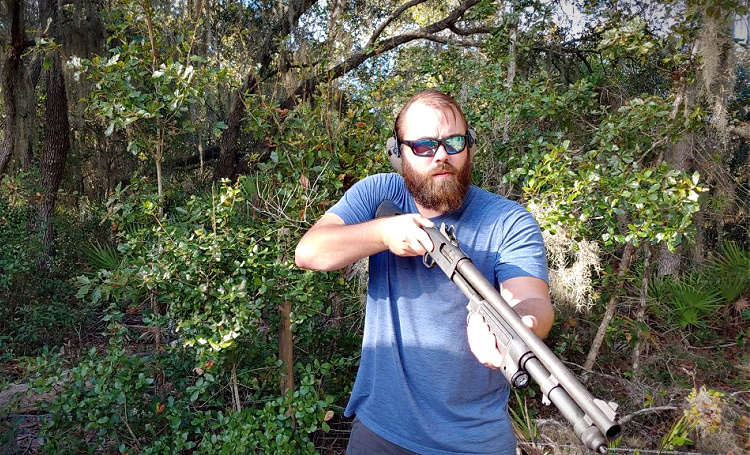 Reloading was another interesting issue. The heavier shotgun is a bit tougher to hold up when reloading. The longer and heavier gun dips, the lighter gun stays upright. You can say I need to work my forearms more, but I was married for eight years, my forearms are plenty strong.

How To Trim Weight

The best way to trim weight is to drop useless stuff. A home-defense or tactical shotgun needs a light, a sling, and that’s about it.

Side saddles are pretty freaking handy, but you don’t need a seven-round side-saddle. I say this as a man who has an 870 with a seven-round side-saddle. That’s a lot of weight to add to the gun. I’d max out my side saddle at four rounds or just not have one. Why? The shotgun is pretty decisive as a weapon, and you are quite unlikely to run dry. For home defense, a side saddle makes a little more sense, but for tactical use, a dedicated pouch or belt attachment carrying extra ammo is a better way to carry ammo. 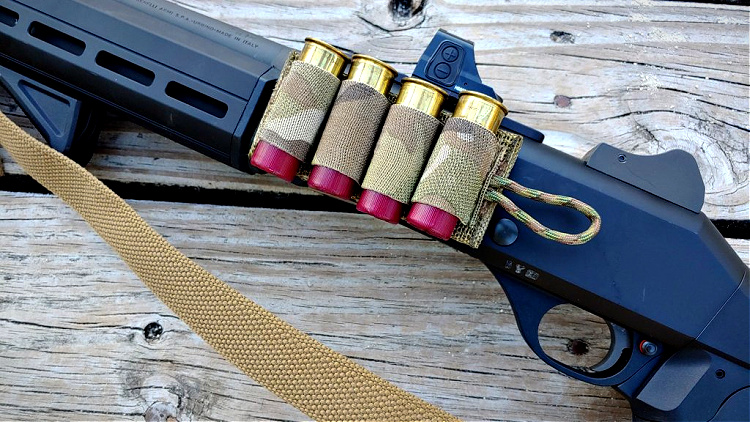 As far as lights go, a lightweight shotgun is best served by a dedicated shotgun weapon light. My Mossberg 500 wears a Steiner Mk7, but those are no longer produced. The Axeon light is a similar design, but I have no experience with it to suggest it. The Streamlight and Surefire pump-action designs are other awesome options. 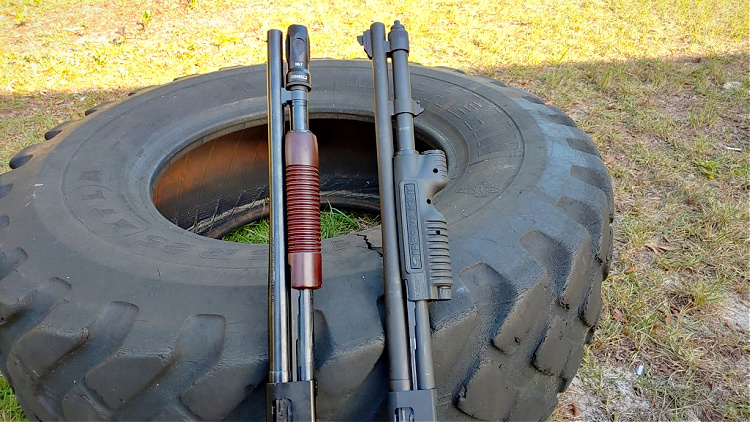 A standard light would require a pump or attachment with a rail, a pressure switch, and more. That all adds weight and complication to your lightweight shotgun.

Lastly, I would consider a shorter barrel and lower capacity. A 20-inch barrel gives you 7 to 8 rounds of 12 gauge, but it also gives you some significant weight. An 18.5-inch barrel with five rounds is much lighter and handier to deal with.

The Downsides to the Lightweight Shotgun?

The biggest downside would be fewer rounds in an already low capacity platform. Admittedly, that sucks, but shotguns can end fights with fewer rounds fired than most other weapons. The most common downside cited in the lightweight shotgun world is more recoil.

Twelve gauge shotguns have lots of recoil, and the lighter the weapon, the more recoil you experience. That’s true, but with correct recoil mitigation techniques, shotgun recoil isn’t an issue. The push/pull technique is the perfect means to defeat recoil from any shotgun. Proper technique combined with low recoil ammo makes a lightweight shotgun very easy to handle.

The Lighter the Better

My Benelli M4 remains my favorite shotgun. However, the lightweight Mossberg 500 Retrograde might be better for most shooters. If you are new to the tactical shotgun, the best thing you can do is keep the gun light. Avoid attaching gear you really don’t need and work on being fast and accurate. Speed and accuracy are what wins close quarter’s fights, and that’s where the shotgun rules.