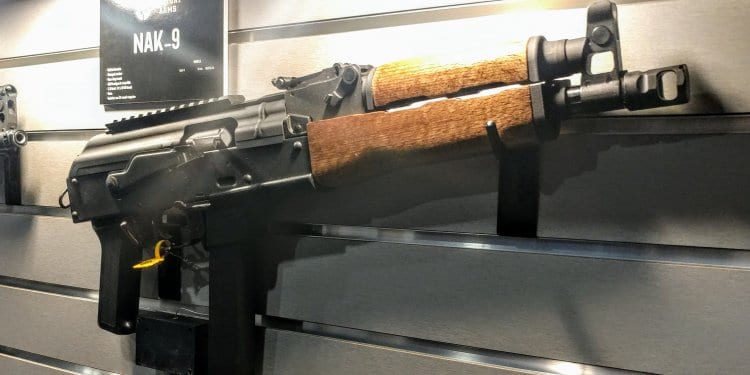 Kalashnikov! I barely knew her. The AK series has caused more hand wringing than any gun in history. It’s the stereotypical bad guy gun and the second most popular semi-automatic centerfire rifle in the United States. Kalashnikovs are classic firearms and their cult following is truly devoted.  Yet AK makers continue to update the concept. Here’s some of what’s coming soon.

Century Arms had a bit of a fiasco with their last American made AK 47 and a certain famed AK enthusiast breaking one rather quickly. The VSKA seems to be their subtle way of saying “we can do better.” This heavy duty AK features a tougher bolt carrier, front trunnion, and feed ramp made from S7 tool steel and heat treated for max durability. I’m excited to see if an American AK can finally be done right. It certainly looks good and feels tough but only the range will know. Toss in some modern mags and furniture and you’ll have quite the rifle. Do we finally have a proper American made Kalashnikov? 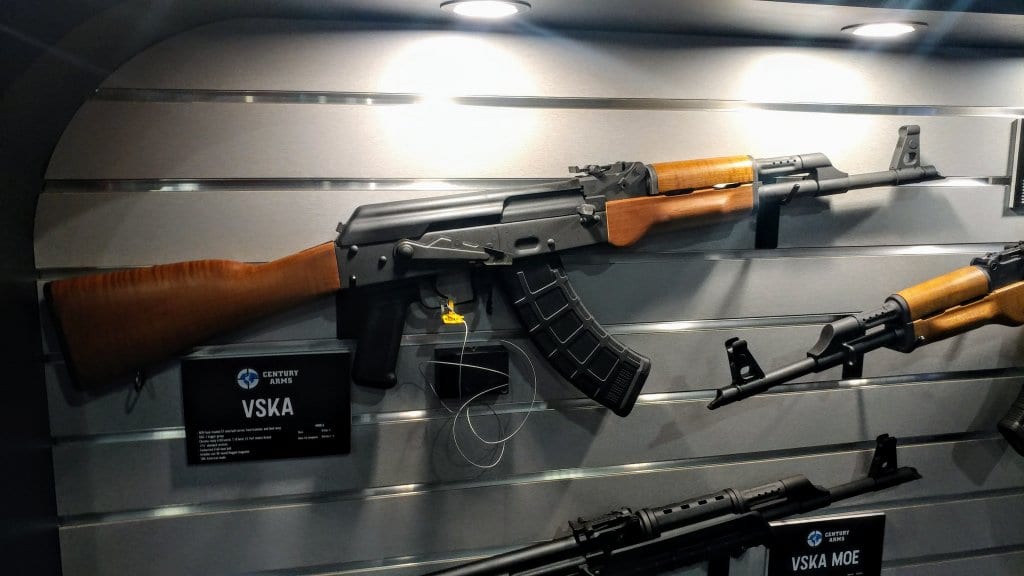 This AK Has wood… Do you?

Something about the Draco has essentially made itself the new Tec 9 in the mumble rap community. That has made it a household name for any AK pistol. The Draco NAK9 bears the name and looks of a Kalashnikov pistol, but shoots 9mm and feeds from Glock magazines. PCCs are hot, and AKs in 9mm are a new entry into a big world. The NAK9 is one of the more affordable 9mm AK options that keeps the classic AK look and styling alive. 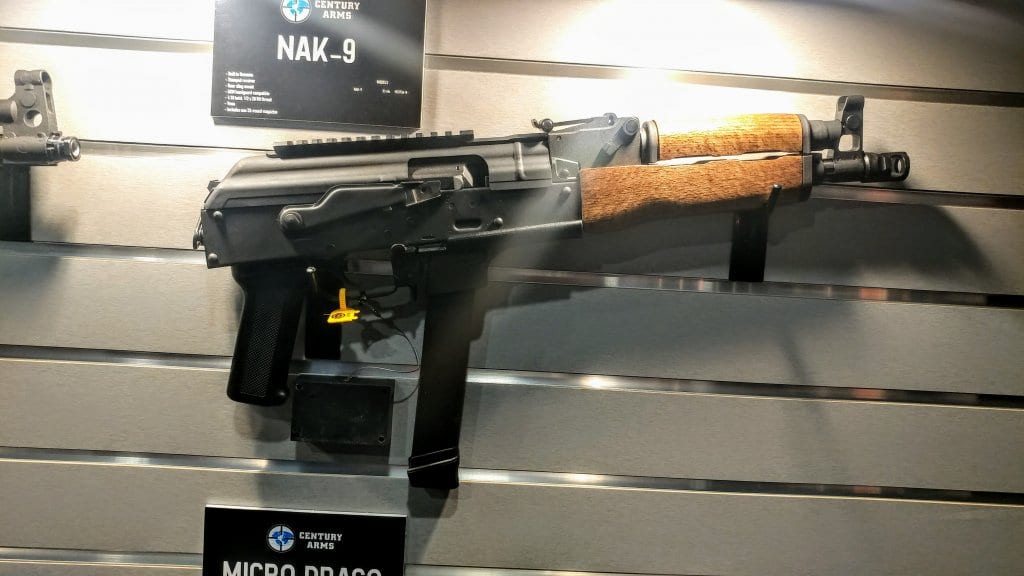 Arsenal has the hands-down most confusing naming systems for rifles, but they make good stuff. The SAM7SFK SBR is about as close to real Krink as you’ll ever get. The gun is a factory SBR and comes in 7.62×39 which has outstanding performance from a short barrel. These are the little Kalashnikovs that can…. and do. The gun is complete with a folding triangular stock, the bulbous muzzle brake, and traditional AK styling and controls. There is really nothing sexier than a little AK. 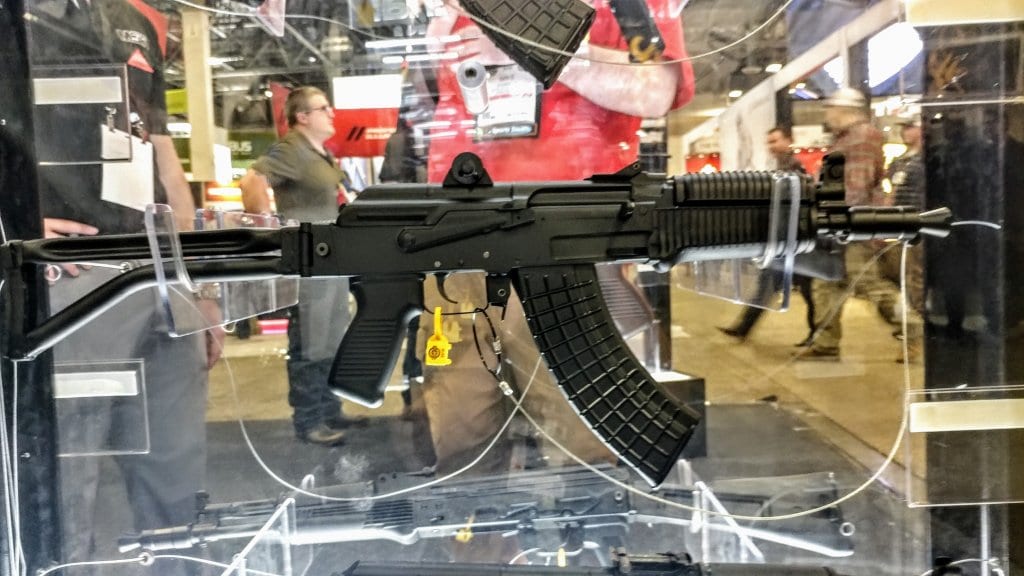 Following in the successful shoes of AKs in 9mm Kalashnikov USA is releasing what appears to be the only true AK rifle, pistol, and SBR in 9mm based on the actual Russian Vityaz-SN SMG. For true AK aficionados, this is the closest you’ll get to that little gun. The gun looks amazing and feels great in hand. The pistol version would be perfect for a brace, and the rifle version does look somewhat odd with the 16-inch barrel. The SBR is like Goldilocks and porridge, its just right. 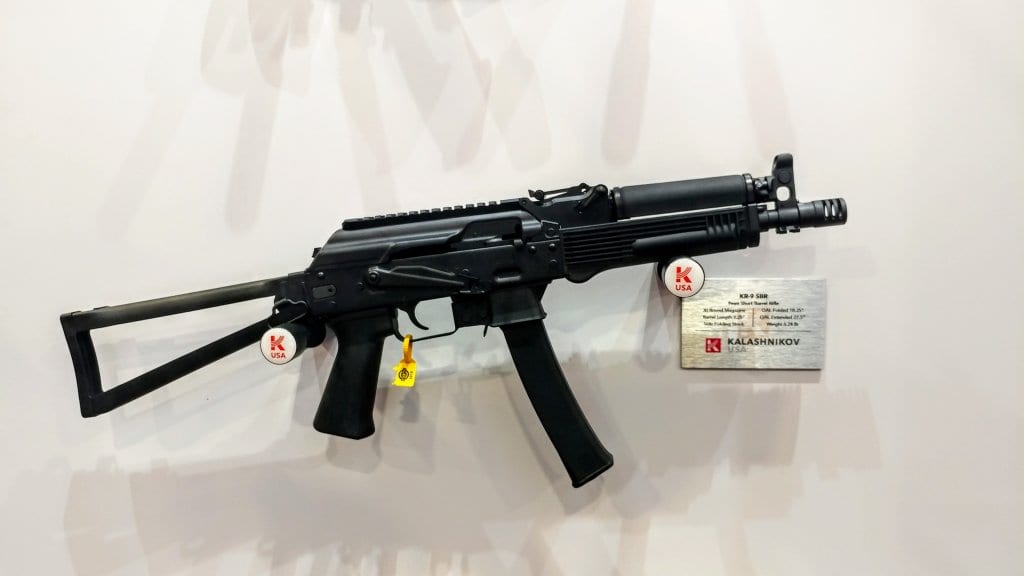 The KS-12 is the spiritual successor to the Russian Saiga 12. The KS-12 will come in a standard tactical model and not a neutered hunting design. Shotgun model Kalashnikovs have proven to be quite popular in shooting sports like three gun and are some of my all-time favorite shotguns. According to Kalashnikov the KS-12 will be compatible with most Saiga furniture and magazines. Can you say, Drum? 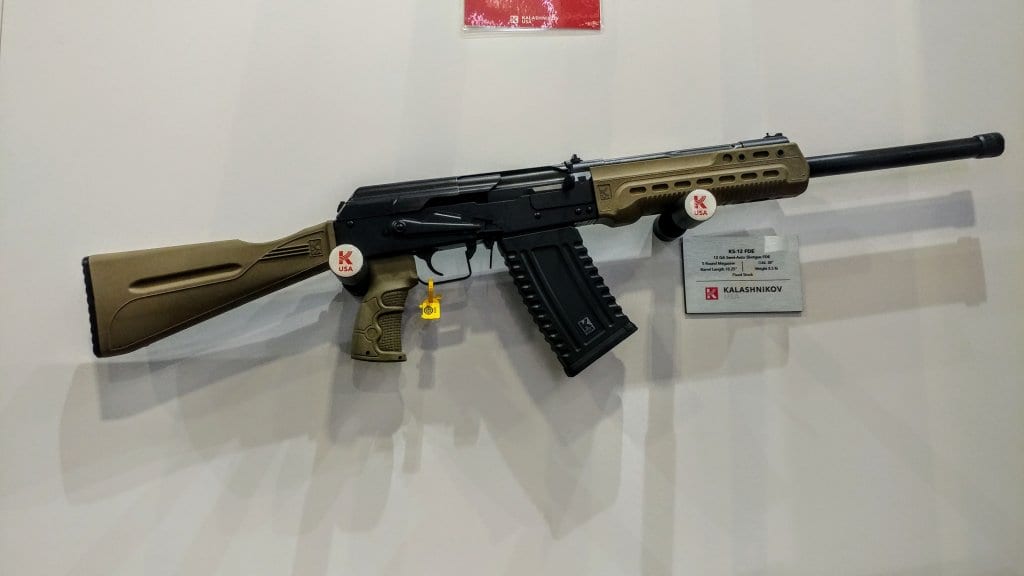 This gun is surprisingly light

A Legion Of Kalashnikovs

Mikhail Kalashnikov would be proud of all the incarnations of his legendary weapon, and likely the evolution of AK magazines. From the mind of a Tank Sergeant to being the most widespread rifles in the world, to one of the most popular civilian rifles the guns bearing the name Kalashnikov are many. It’s hard to beat such a simple gun, with its widespread magazines, easy to find parts and industrial cool factor. Why not AK?