The “Has Fallen” series, which consists of “Olympus Has Fallen,” “London Has Fallen,” and “Angel Has Fallen,” is a staple in any action lover’s arsenal. Between the ever-thickening plot and Gerard Butler’s portrayal of the main character, Mike Banning, it’s a great series through and through.

Banning is a secret service agent with a background in Special Forces, and in each movie, he’s the saving grace to the current President of the United States. For some reason, in the Banning universe, the U.S. President is on the hit list of a variety of terrorists every two years. And like Super Mario to Princess Peach, Banning is on his way to save the President every time.

Due to the fact this series is centered around Banning’s response to terrorist attacks in general, these movies are absolutely flooded with guns from both sides. The firearms range from mundane to fairly unique, so today we will look at the best throughout all three movies. If you haven’t seen this series yet, I highly recommend it. Oh, and you should expect a potential for spoilers in this article.

The Heckler & Koch MP5A3 sees heavy use throughout all three films. In the 1st movie, “Olympus Has Fallen,” it is the gun of choice for the terrorists of Koreans for United Freedom. Once his P229 runs out of ammunition—because, in these movies, people actually run out of ammo—Banning arms himself with the MP5A3 and uses it to take out several of Kang Yeonsak’s henchmen, so you could say it was a success.

In the 2nd film, “London Has Fallen,” the London police officers carry MP5A3s which is some nice firepower for foreign law enforcement. Then, in the 3rd and currently final movie, it is shown in Banning’s flashbacks to the first film. So it’s more a flashback gun than a gun that gets used in the 3rd movie. Yes, this submachine gun is well established as being used by law enforcement and militaries around the world. Of course, if you want one, you’ll have to pay the stamp tax and wait to be approved by the ATF.

The Glock 17 is by far one of the most heavily used firearms in the series as it makes appearances in all three movies, arming several different groups of people. In the 1st movie, “Olympus Has Fallen,” most of the terrorists from the group Koreans for United Freedom (our main antagonist) are armed with a Glock 17. Mike Banning also kills a terrorist in the white house security room after his P229 ran out of ammunition and seizes the dead bad guy’s Glock 17.

In the 2nd movie, “London Has Fallen,” the metropolitan police officers are armed with G17s, and so are their terroristic counterparts, who are posing as police officers. A few other characters armed with the Glock 17 are Kamran Barkawi (played by Waleed Zuaiter) and Sultan Mansoor (played by Mehdi Dehbi).

Finally, we have the 3rd movie—Angel Has Fallen—where fewer characters have Glocks. The main character with a G17 in this movie is Wade Jennings (played by Danny Huston). This pistol is realistic in its use as it’s known for being used by law enforcement and the military around the world. It’s light and easy to use, making it a perfect choice for a broad range of personnel. One feature of this firearm is the “safe action” trigger system, which causes all sorts of debates in the gun world.

The Sig Sauer P229 E2 is the main firearm used by the secret service agents in the White House during the 1st movie. On-screen it’s mostly Mike Banning, Agent Roma (played by Cole Hauser), and Former—now rogue—Agent Dave Forbes (played by Dylan McDermott) using them as their preferred duty guns. However, the leader of the terrorists, Kang Yeonsak (played by Rick Yune), also takes one from an agent and uses it throughout the film.

Bad guy use includes Yeonsak using his stolen Sig P229 to execute Lee Tae-Woo, the South Korean Prime Minister, and Vice President Charlie Rodriguez. Its heavy usage in the secret service is dead on because the Sig P229 has been used as a standard issue duty gun in the Department of Homeland Security. Models chambered in .357 Sig, 9mm, and 40 Smith and Wesson have all been used by law enforcement and the secret service.

The IMI Mini Uzi doesn’t get a big amount of screen time. We see it in the 1st film being carried by a few miscellaneous Secret Service agents such as Agent Roma when the White House is initially under attack, then it basically vanishes. An interesting feature of this particular gun is actually its folding stock, however, it really isn’t accurate to show a Secret Service agent carrying this. Although the Uzi used to see a lot of use in the Secret Service, it was mostly replaced by guns like the Heckler and Koch mentioned above. Its compact frame and ease of mobility do help in combat.

The AK-47 makes a memorable appearance in the 2nd movie when Mike Banning and U.S. President Benjamin Asher (played by Aaron Eckhart) attend a funeral in London for British Prime Minister James Wilson. As it turns out, Aamir Barkawi (played by Alon Aboutboul), arms dealer and leader of the coming terrorist attack, has mercenaries throughout London ready to slaughter everyone attending the funeral. After a bomb explodes beneath a car, chaos ensues, and open fire begins. Many terrorists are seen carrying and using AK-47s throughout the attack because, of course they are. Though this firearm didn’t get much screen time, it’s always worth mentioning.

The Colt M4A1 is seen in both the 1st and 3rd movies. After all, what would these movies be without some sort of AR platform to contrast with the AK? In the 1st movie, several Secret Service agents, US Navy Seals, and US Troops are seen carrying the carbine during the terrorist attack. In the 3rd movie, Mike Banning, Director David Gentry (played by Lance Reddick), mercenaries, and various Secret Service agents are seen using the M4A1 to defend themselves. The Colt M4A1 is lightweight with a history of being used largely in the military.
0 Shares 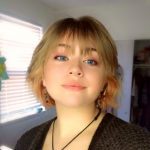 Grace Stevens
Grace Ainsworth Stevens is an outdoor writer and political cartoonist who writes for a number of industry publications including The Truth About Guns and Breach Bang Clear. She's been hunting everything from deer to feral hogs since grade school and started honing her handgun skills at the age of 13. Grace's art is Second Amendment focused and speaks to current events and gun world cliches. She's also a college sophomore and will fight you over robotics and early education issues.