Surplus firearms are tough to get into these days. Prices have exploded, and lots of surplus stock has dried up. Yet, if you look hard, you might be able to find some real value on the market. The Astra 600, for example, is one of the best surplus handguns you can still get for a reasonable price. Well, most of them are still reasonable. The price of the Astra 600 will largely be tied to the individual gun’s history. 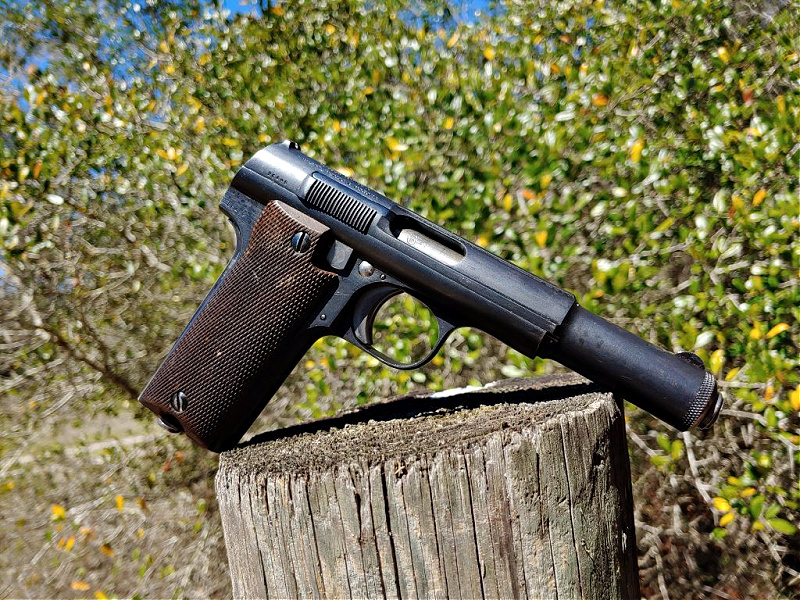 History of the Astra 600

Astra Unceta y Cia is a Spanish brand that produced a number of interesting pistols during its more than a century of producing firearms. In the 1940s, a failed artist with a stupid mustache decided he’d be a real asshole. He invaded numerous countries, one being France, which shared a border with Spain. The Nazi Wehrmacht needed more pistols. They already had a variety, including predictable guns like the Walther P38 and more unusual firearms like the Hi-Power.

Still, they were short on handguns and contracted with the Spanish firm Astra Unceta y Cia to produce their Astra pistols. Specifically, they asked for the Astra 400 to be rechambered to 9mm parabellum and for the barrel to be shortened slightly. The Astra 400 had a 5.9-inch barrel and was chambered in the underappreciated 9mm Largo.

With the Astra 600, the barrel was trimmed to 5.3-inches and obviously chambered to the round of choice. Germany ordered 50,000 of these guns, but only 10,500 got delivered. The Nazis lost France before they could take the final delivery of the pistols. The 10,500 that made it to the Nazis wear the Wermacht inspection mark and are generally the more collectible models.

Our example has no such markings. Instead, it sat in Spain till after the war. The various models were sold to various police forces around the world, and a number were imported to the United States. Somehow, someway, one made it to my hands in the swamps of Florida.

Obviously, any gun made for the Nazis gets its fair share of a bad guy legacy. The Walther P38 and Luger will always be associated with the bad guys. Like both of those pistols, the Astra 600 also gets that rap, but in a different way. If I showed the Astra to most people, they couldn’t identify the gun as a Nazi pistol.

The tubular design certainly stands out among the squarish 1911s, Hi-Powers, and revolvers of the day.

The Spanish built the Astra 600 to be a robust, durable, and simple firearm. It works with a simple blowback system, which is as simple as it gets. While it is robust, reliable, and simple, it also has some serious downsides—primarily the recoil, which we’ll cover a bit later.

In terms of design, a straight blowback pistol has to have a way to prevent the breach from opening too early. There are two methods with a handgun. First, make the slide massive and heavy. I call that the High Point way. Second, use a robust recoil spring, aka the Walther way. Astra went the second way. They wrapped a robust spring around the fixed barrel design. It works but it does deliver a stiff experience when you try to chamber a round.

The Astra 600 uses an internal hammer that’s not evident by the weapon’s appearance. It’s a single-action design that’s quite effective. The weapon uses a removable magazine that’s single stack and holds eight rounds. Ejecting the magazine is interesting. The magazine release is at the bottom of the grip but on the left-hand side. It’s actually efficient to remove the magazine. Pinch the release and pull it out. Not bad for a bottom-mounted magazine release.

The weapon has a grip safety, a magazine safety, and a manual safety. The manual safety sits in front of the grip and rotates upwards. It will deactivate automatically when the slide is manually cycled. The design is innovative for such an old gun and certainly different from most.

In Real Life and Live Fire

A straight blowback system also creates excessive recoil, and the Astra 600 is no different. It’s a snappy little gun. The thin grip slaps hard, and after a few magazines, it’s something you put away. You’d likely expect a better single-action trigger, but it’s rather stiff and hefty for a single-action design.

The sights are very 1940s. Small, simple, and not the fastest sights for combat shooting. They work, at least for shooting at a square range. What might be surprising is the accuracy of the Astra 600. It’s a tack driver that makes tiny groups and rings steel quite easily. A fixed barrel certainly has its advantages.

The nearly-straight grip looks uncomfortable, but it’s honestly pretty ergonomic. It feels like it was created for a single-handed, bladed shooting stance, which was in style at the time. However, I rocked and rolled with a modern, super tactical two-handed stance and had no major ergonomic issues. The grip angle isn’t an issue. It’s just thin and doesn’t displace recoil well.

What I love about surplus guns is the fact it’s a living, mechanical piece of history. Call me a fudd, but these days an old surplus pistol like the Astra appeals to me a lot more than the latest 5.56 caliber AR 15 or polymer frame striker-fired pistol. It’s exciting, interesting, and ultimately a more creative means to accomplish a reliable fighting pistol.

Sure, Browning’s short recoil might be the superior choice, but the Astra 600 is the more interesting choice. Astra 600s that lack the Wermacht stamp tend to be cheaper and are a great way to get into surplus handguns. Personally, it provides a more memorable experience at the range than your standard handgun.

Any surplus favorites you are a fan of? If so, let me know below.

AIWB: Is it a Safe Way to Carry Your Gun?