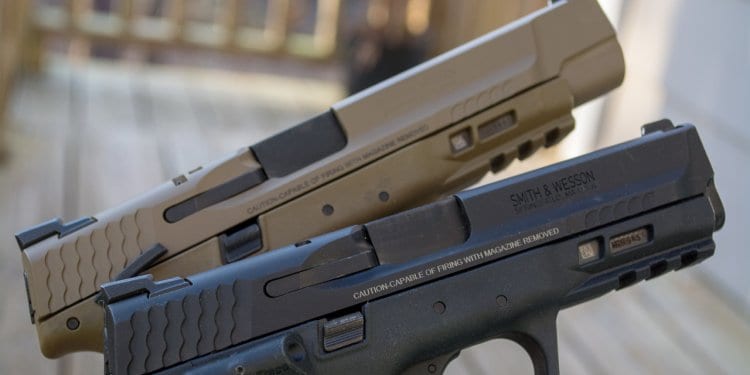 The original Smith & Wesson M&P polymer service pistols aren’t new – they’ve been on the market now for over ten years. Like the pervasive Glock, they do an excellent job of meeting a wide variety of “mission” requirements. They’re suitable for duty use and have made big inroads at law enforcement departments across the country.

Given the variety of size configurations, they also make great concealed carry and home defense pistols. The M&P pistols are well suited for competition too. The company (and the Performance Center) have created long-slide and ported versions with different sight options. Last, but certainly not least, they’re also just peachy for recreational and plinking use.

After the decade mark, the company introduced the next Generation of M&P pistols – the 2.0 series. Designed to address complaints from the originals, they offer compelling new features. 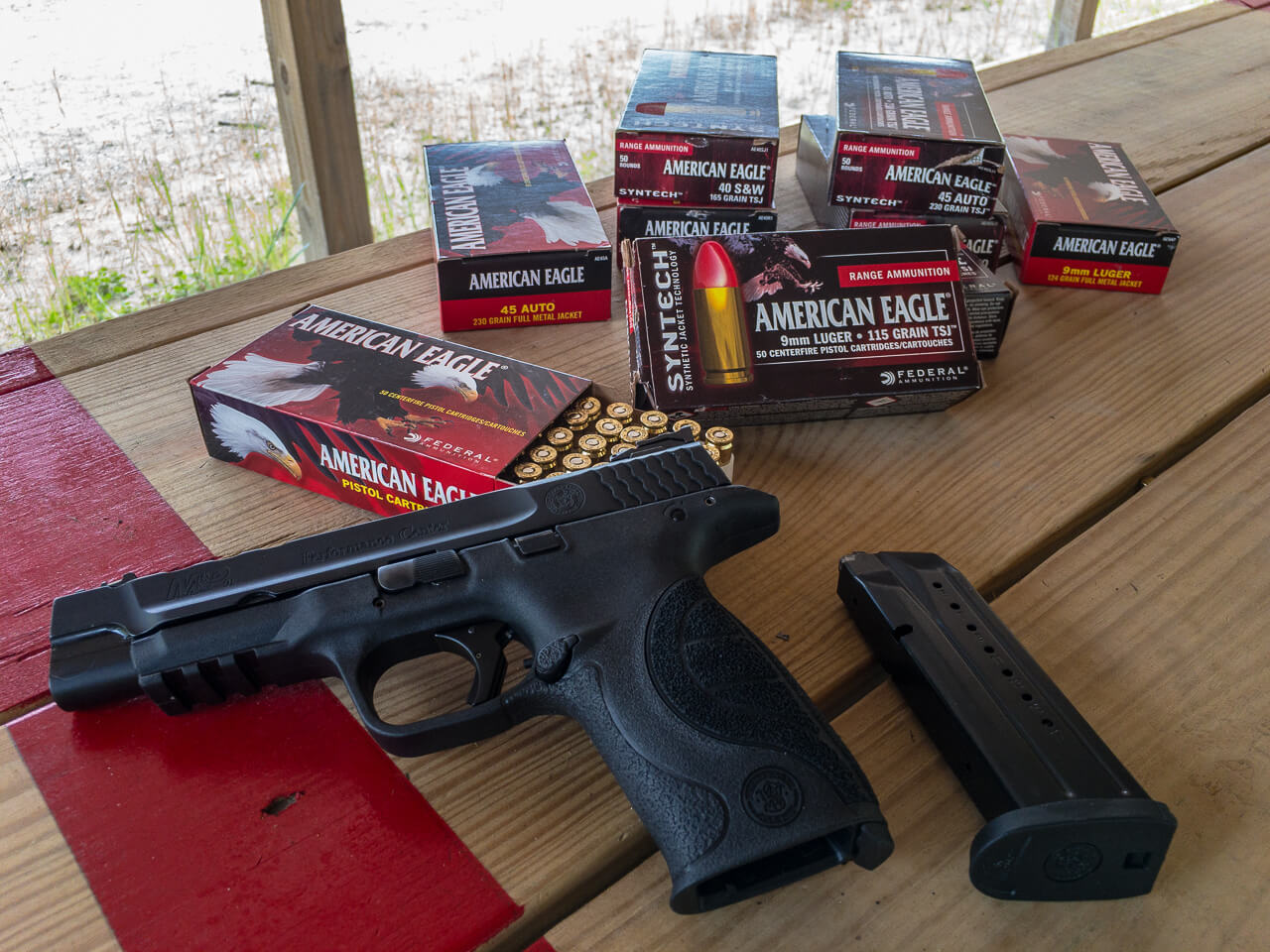 For packing 17 rounds in the magazine, the M&P 2.0 4.25-inch barrel model is surprisingly compact. It makes a great carry gun.

The big news in the 2.0 series is the trigger improvement. Original M&Ps had, let’s say, mushy and somewhat gritty triggers. The new 2.0 models offer a vast improvement in that area. You’ll experience about a half-inch of take-up with minimal resistance. Following that is another ¼-inch of constant pressure and a decently crisp break. I weighed both the 9mm and .40 S&W models and came up with a consistent five pounds even. The reset happens after ¼-inch of forward setoff and is easy to feel and hear. Big improvement! 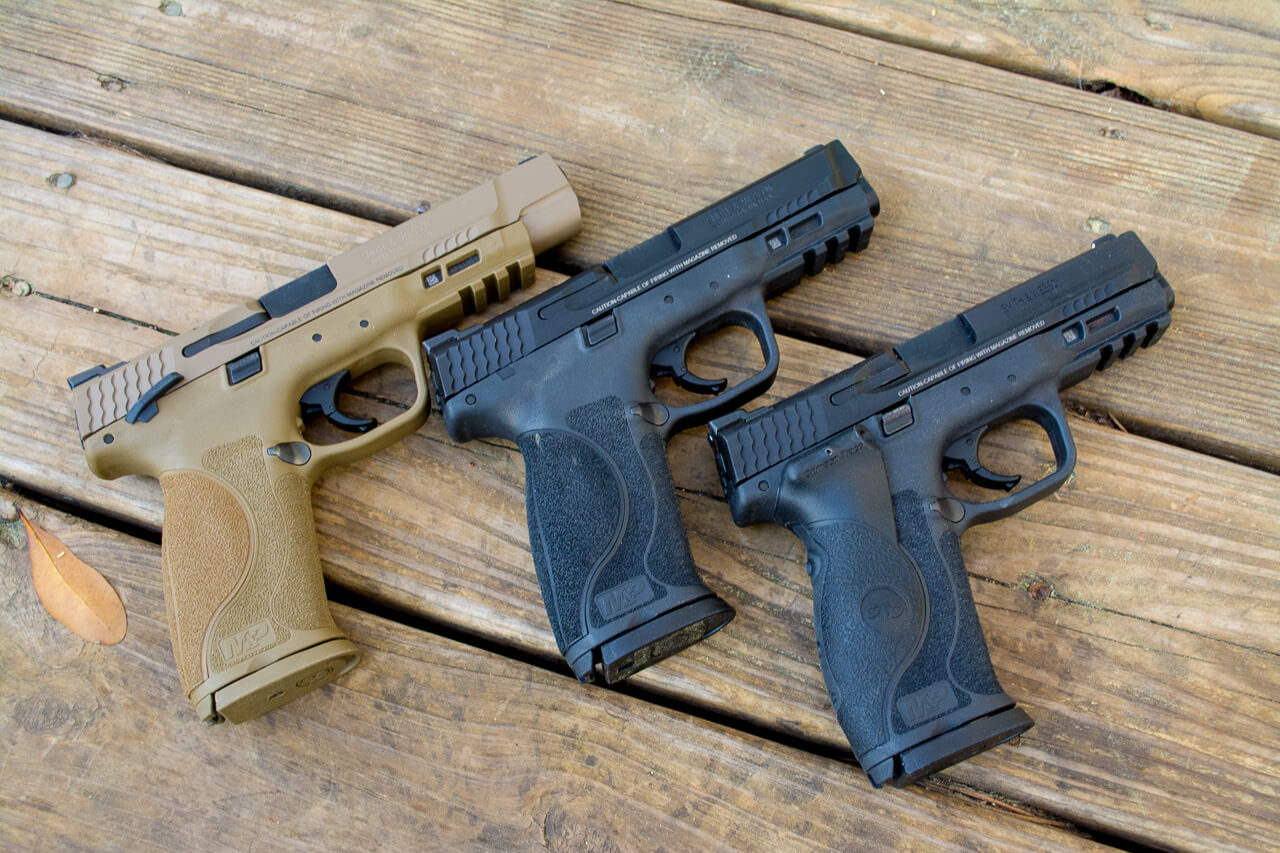 Other changes include the addition of four interchangeable back straps that allow you to customize fit and a new, more sandpaper-like texture on the grip surfaces. I like that a lot although if you carry inside the waistband, be sure to wear an undershirt.

Magazine capacity is great considering it’s relatively compact footprint with 17+1 for the 9mm shown here. The company ships the new model with two magazines, so you’ll want more right off the bat. 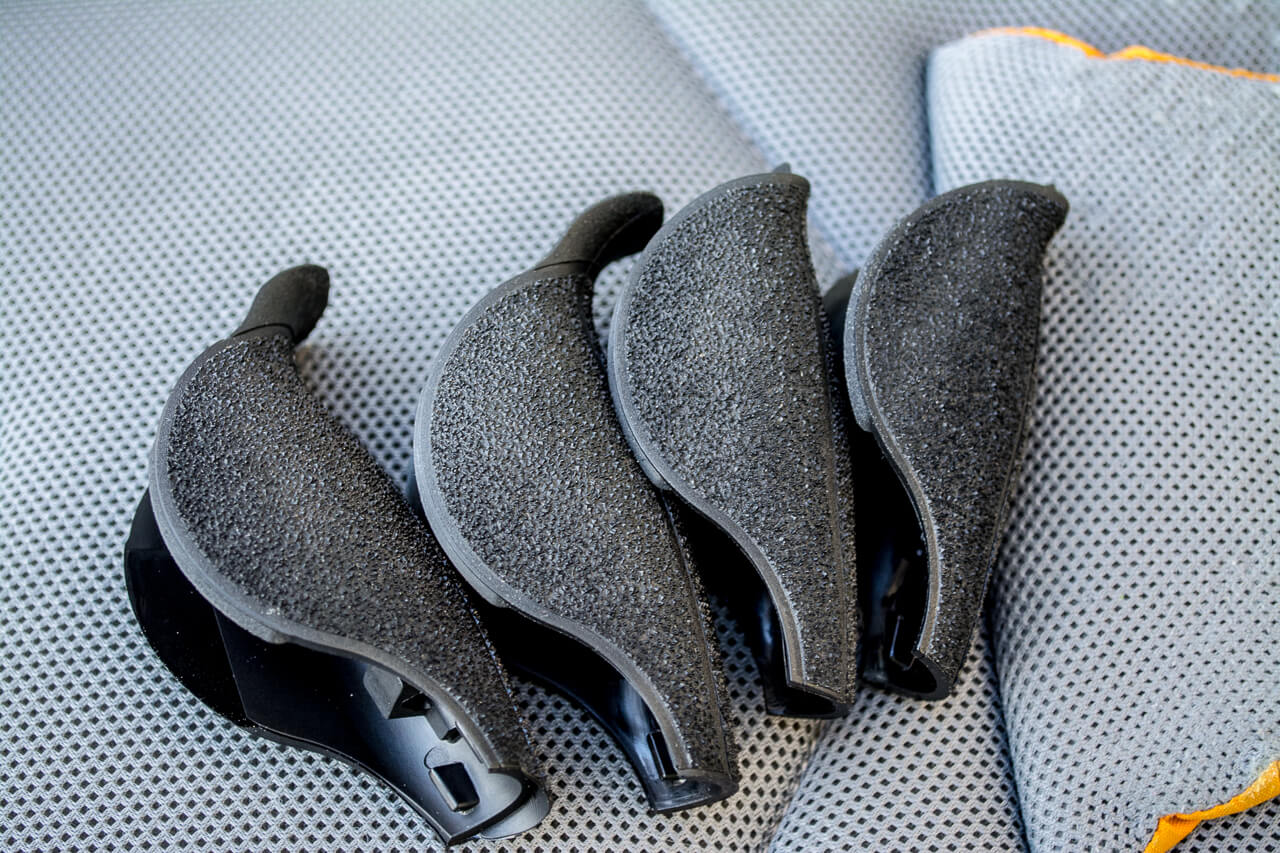 You will NOT have a problem finding the right fit. The company now includes four different size options in the box.

As for handling and performance on the range, I found the M&P 2.0 4.25-inch barrel 9mm model to be easy to shoot well. So far, I haven’t experienced any malfunctions with either the 9mm or.40 S&W models. Technical accuracy, when sandbagged from 25 yards, was decent service-grade. Some samples of five-shot group results when shooting with iron sights from 25 yards are as follows. 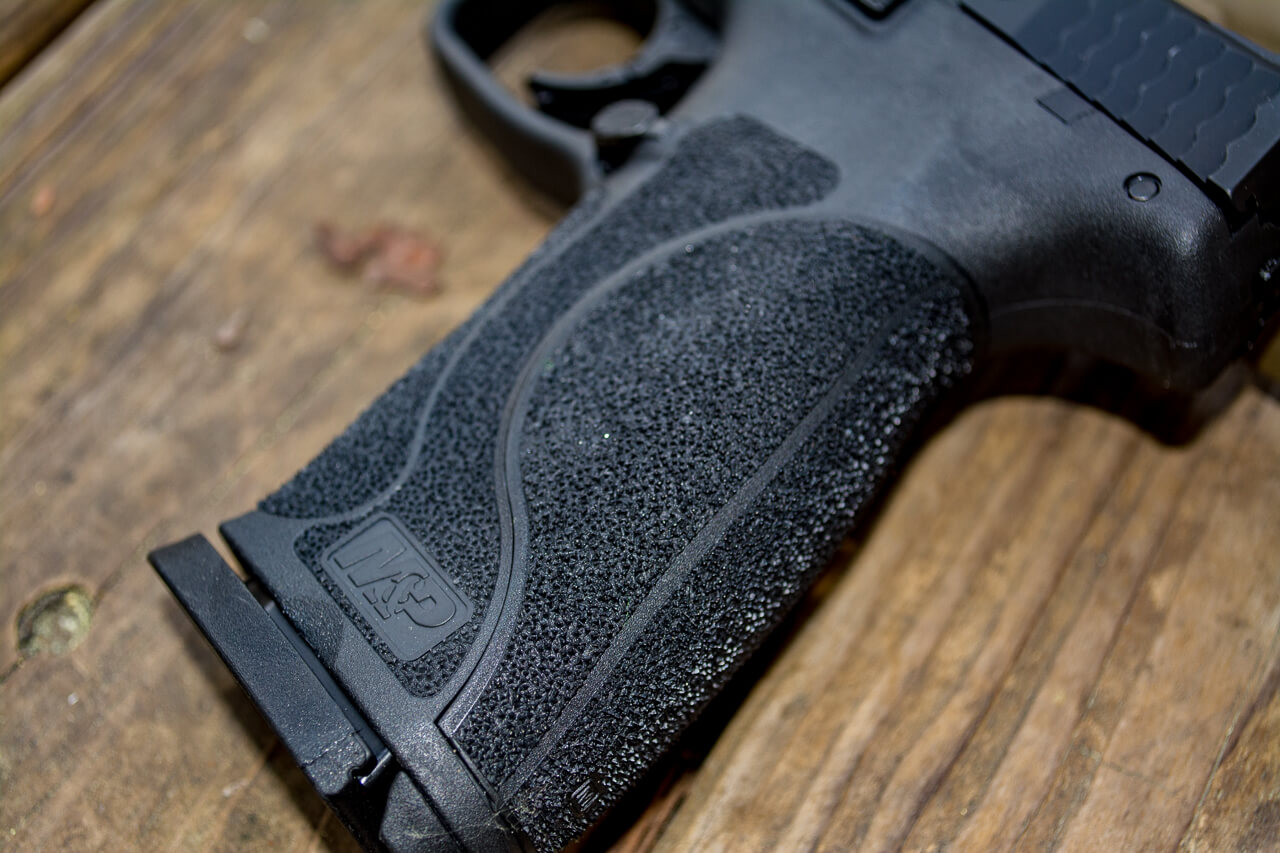 I like the new grip texture. It’s aggressive, but the gun doesn’t move when shooting.