Strike Industries is releasing the LITESLIDE and Slide Completion Kit for your Glock G19 GEN3, And soon, the G17 option. 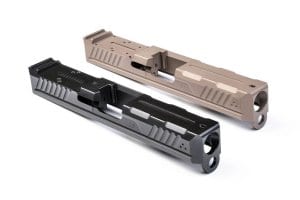 Created with optimal accuracy and performance, according to Strike Industries, it’s the perfect upgrade to your Glock. 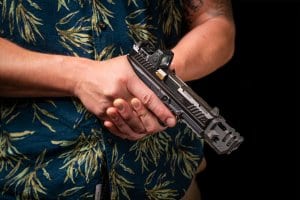 Made in the USA the SI LITESLIDE is machined billet 17-4 stainless steel. Using clockwork precision, we’re told it ensures increased consistency in barrel lockup, leaving you with levels of match-grade accuracy. 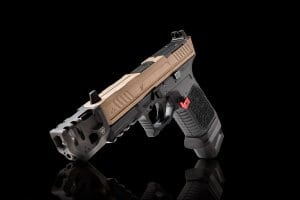 We’re also told that the SI LITESLIDE weighs less than the factory production model, significantly less, which is intended to reduce recoil momentum. It also allows faster and more efficient follow-up placement, according to Strike Industries.

And the company didn’t stop there. They also designed the LITESLIDE for durability and function, while keeping the styling they’re known for. 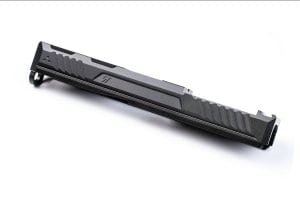 The design includes what they call a large, enhanced aggressive front and rear serration. The serrations are intended to aid in manipulating the slide, so you can check or clear a chamber jam.

Combined with the SI Universal Optic Mount cut, Strike Industries says you can easily and securely mount most of your favorite optics without having to worry about getting the slide machined. 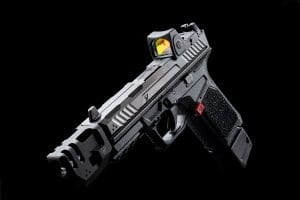 And if that’s not enough for you, a removable cover plate comes with the SI LITESLIDE, so you can customize it. You’ll also find all the necessary screws and posts needed for most optics.

However, Leupold DeltaPoint Pro and SIG SAUER ROMEO1PRO/03 are not compatible with the SI LITESLIDE. 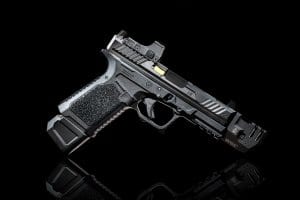 The following is included with your LITESLIDE order: 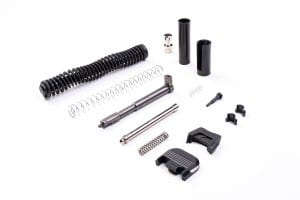 Strike Industries is also getting ready to release their Slide Completion Kit for the Glock G19 GEN3 and G17. Just like the SI LITESLIDE, the components are made in the USA.

Note: Barrel and sights NOT included

According to Strike Industries, everything is manufactured to the exact same specifications and tolerances using the same or better materials as the original Glock parts.

The current kit is compatible with the G19 GEN3 and G23.

The following is included with your Slide Completion Kit order: