It’s about time! We’ll soon be getting a Stribog that takes Glock magazines. It’s called the Stribog SP9A3G and it is what most of the #StribogMob have been asking for since…well, since the arrival of the first Stribog. 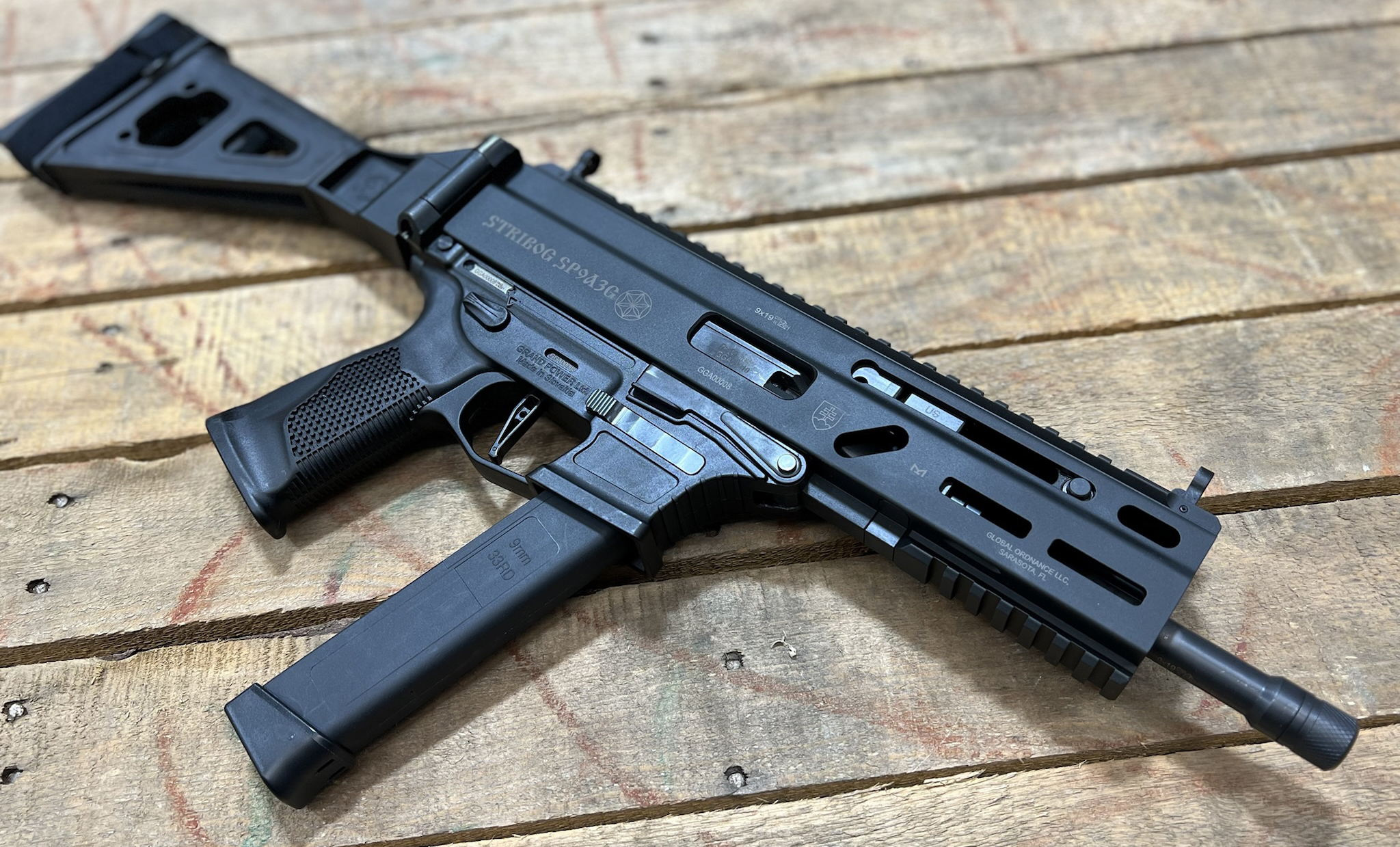 Every time a pistol caliber carbine, or pistol caliber anything, comes out, the response is so predictable that it’s almost a running joke: “Yeah, but does it take Glock mags?” I totally get it. Glock mags are inexpensive, ubiquitous, and they work. Pretty damn good combination right there. Even though I’ve never owned a Glock (something about that grip angle), the advantages of a product using Glock mags is obvious. No one likes expensive proprietary mags. As a Walther enthusiast, I could preach on that for a while. The cost of mags is a real concern for many of us when choosing a firearm and it likely impacts the sales numbers of certain guns.

Grand Power has seemingly recognized that fact with their popular Stribog, which, up until now, was only available with proprietary mags. The Stribog being one of the more affordable guns in its class, this move makes a whole lot of sense. Folks who maybe wanted such a gun but were hesitant over the cost of mags now have one more reason for, and one fewer roadblock against, saying “yes” to a Stribog. Specifically, we’re talking about the new Stribog SP9A3G, which answers in the affirmative to the eternal question posed above.

So, what is more natural than the GunMag Warehouse gang testing the new Stribog with Glock mags, the originals, and some aftermarket offerings? Jeremy, our emcee for the experiment, is quick to point out that it’s “Not a super scientific test,” but it does give us an idea about what to expect. The same ammo was used for each mag to limit variables. This was a quick, one-day thing, so it’s not the final verdict on the gun or the magazines.

The Test and the Results

The testers were looking for two main things: will the mag seat on a closed bolt and will it lock open on an empty mag? Of course, whether or not the mag feeds properly during operation is also taken into account. The Stribog SP9A3G is compatible with DOUBLE STACK mags. 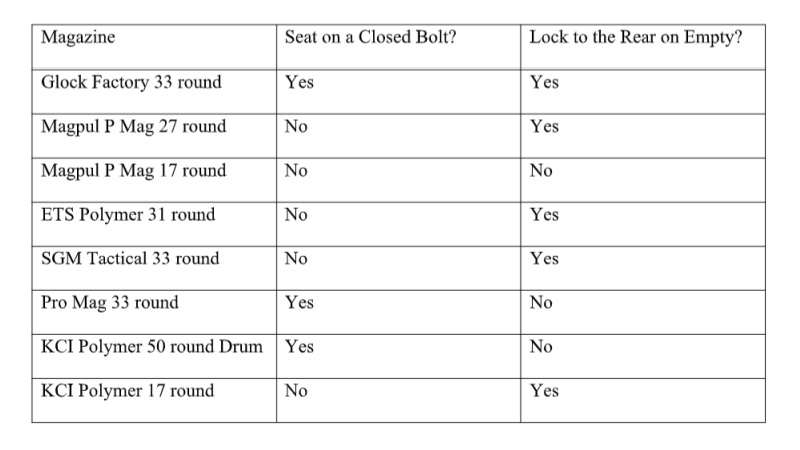 A Few Words About the Test

All magazines fed properly during the test, except for the KCI Polymer 50 round drum. It would not work after the first round until several rounds were removed before repeating the test, whereupon it fed properly. Jeremy puts this down to it being a brand-new mag with a stiff spring. You make your own call on that one. Also, the SGM Tactical mag got chewed up a little by the bolt. Whether that was a problem with the SGM mag or the gun is unknown. Maybe it could have happened to any of the others too. Again, that’s an unknown, especially considering the limited nature of this test.

The Glock factory mags were the only ones to score one hundred percent across the board. They seated on a closed bolt, fed properly during operation, and they locked the bolt to the rear when empty. Of course, that was to be expected. The gun is specifically designed to accept and use those mags. The testers even included a single stack Glock mag. It had to be supported from the bottom to stay in the mag well, but it did seat on the closed bolt. It also fell out after the first shot. But, again, the gun is designed to take
double stack mags. The aftermarket mags had varying levels of performance, so you can go with what you think and what’s important to you.

A Couple of Interesting Features

Jeremy gives us a quick rundown on a couple of things he likes about the Stribog SP9A3G. First, he likes the easy takedown and removal of the pistol brace, which can be replaced by a backplate that just snaps in. Took less than thirty seconds.

Second, being a lefty, Jeremy likes the ability to quickly and easily move the charging handle from one side to the other. You don’t have to remove the bolt, just open it, and apply the correct amount of “jiggling,” which Jeremy helpfully demonstrates. Again, about a thirty-second operation. Very cool.

First off, while still on the range, Jeremy says the Stribog is a “Whole lot of fun to shoot.” The recoil is “incredibly easy to handle.” No doubt. He also opines that “The Stribog was missing the Glock magazine from the very beginning. Everybody’s basically got ‘em,” He thinks the addition of the Glock mag to the Stribog line “absolutely changes the game for something like this…For the price point, there’s really nothing that can compete with something like this right now.”