We all know the good of the MP5, but what if there was a slightly better 9mm caliber carbine out there? Well, Garand Thumb did a review of the Sig MPX (K version specifically) and asserts that this rifle is better than the MP5. 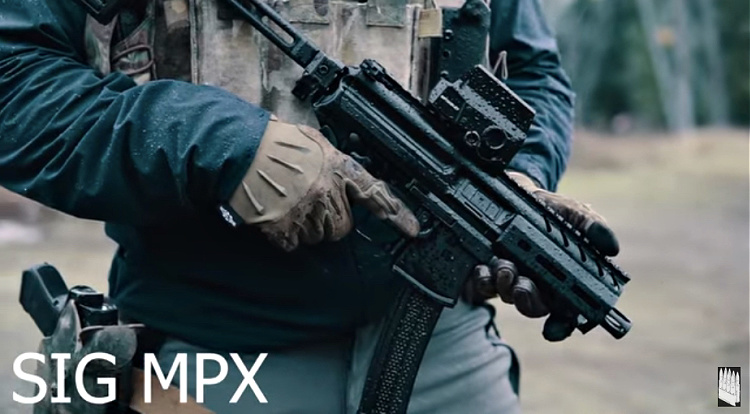 Curious? Us too. Let’s see what Mike has to say.

The carbine is a short-stroke gas-operated system with a closed bolt. Thumb states that it is a professional firearm designed for use by professional individuals. He then goes through all the major parts of the rifle for a more thorough review.

He starts out with the flash hider, barrel, and handguard. While the flash hider is effective, he finds it frustrating that if you upgrade to a different flash hider, you’ll need a thread adapter because of the threading. The barrel is free-floating cold hammered forged and accurate with groups of 4-5” at 100 yards. The handguard is modular with M-lock on the sides and a small Picatinny rail near the front. His one complaint about the guard is that it is kind of large with lots of free space around the barrel.

Thumb goes on to the short-stroke gas piston system saying that it is incredible. He claims that it is the softest shooting system he’s shot, even more gentle than the MP5. He feels that Sig does a great job gassing the weapon to achieve reliability and accuracy.

On the MPX receiver, there is a full-length Picatinny rail that is very robust and sturdy. The magazine well is very large and makes reloading very smooth and easy. His one main gripe on the lower receiver is that the MPX magazines while being made of high-quality polymer with metal reinforced lips, are pretty expensive compared to other magazines on the market.

One of his big compliments to the system is the use of ambidextrous controls for the mag and bolt releases, safety, and the charging handle. However, he does recommend that you upgrade the handle to a Radian model.

To round out the receiver, the carbine does have AR-type selector switches with a good Sig grip. The trigger is from Timney, which is a crisp single-stage trigger with zero take up and roughly a three-pound pull. He really likes the trigger and feels like the system could run fast because of how effective the trigger is.

The end of the receiver has the Sig 1913 stock adapter. The model reviewed came with the pistol brace, which he doesn’t like, and recommends having a different option. 1913 stock adapter on the rifle and he really likes it.

In conclusion, he says that Sig did a great job with the MPX in that it is a softer shooting option than the MP5. Overall, he thinks it’s an awesome firearm and recommends it. Want a review on a different model of MPX? Check out the Sig MPX K.