Dyeing your Sand PMAG from Magpul with Rit Dye colors: the ultimate guide 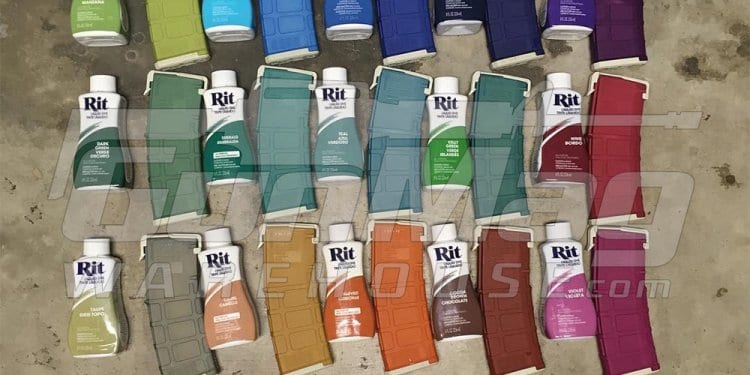 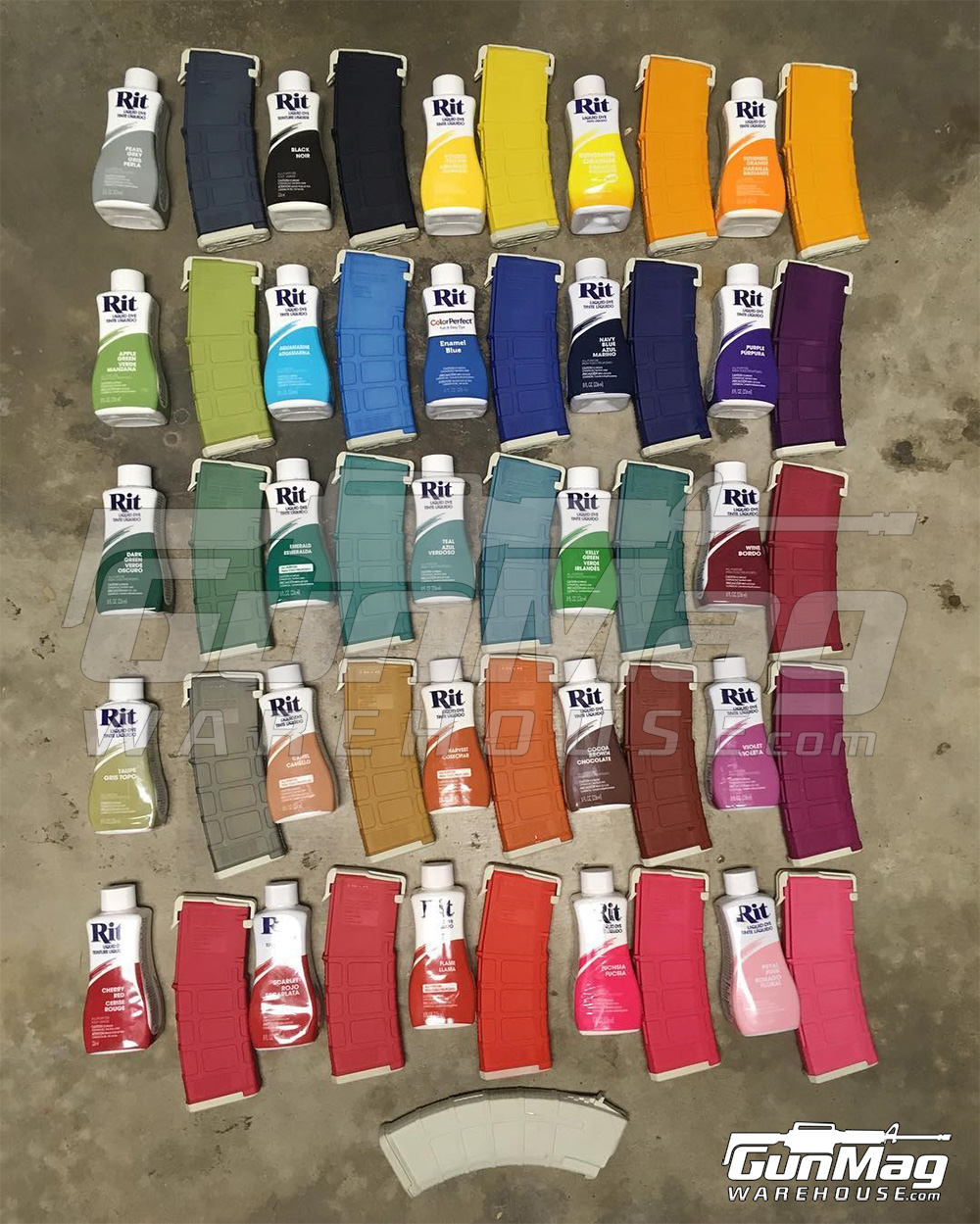 A good sample of the Rit Dye Color Chart as displayed on a selection of PMAGs. 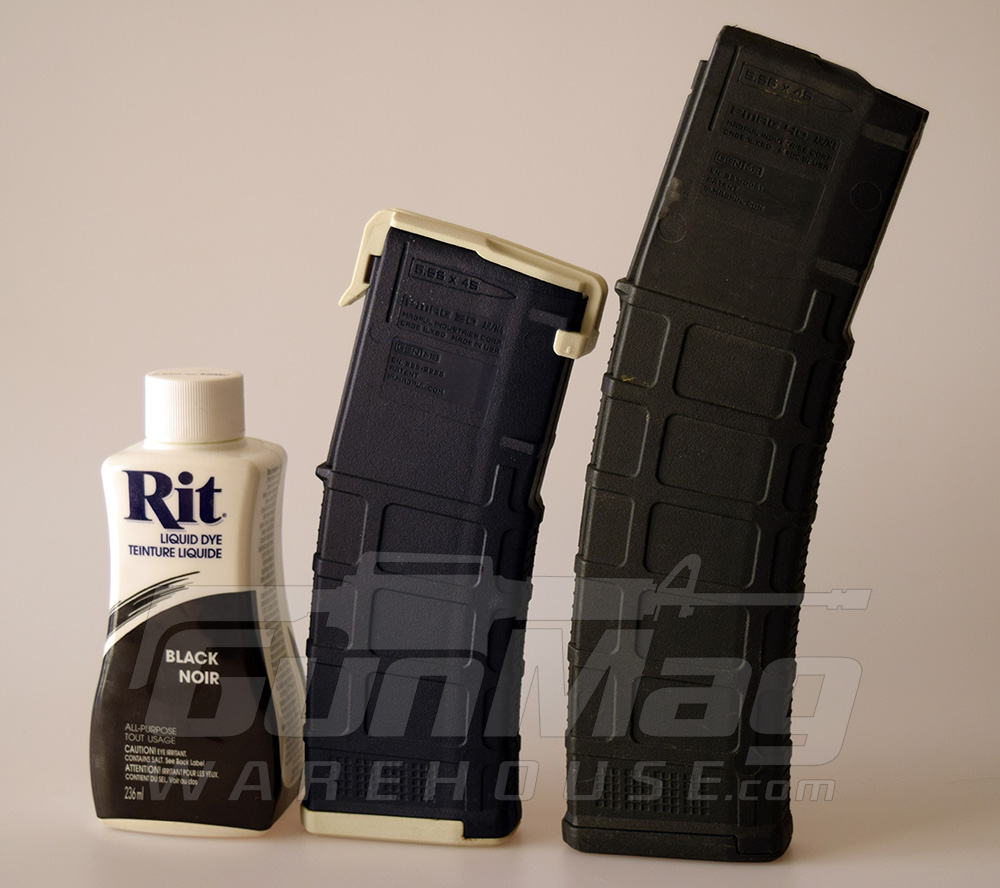 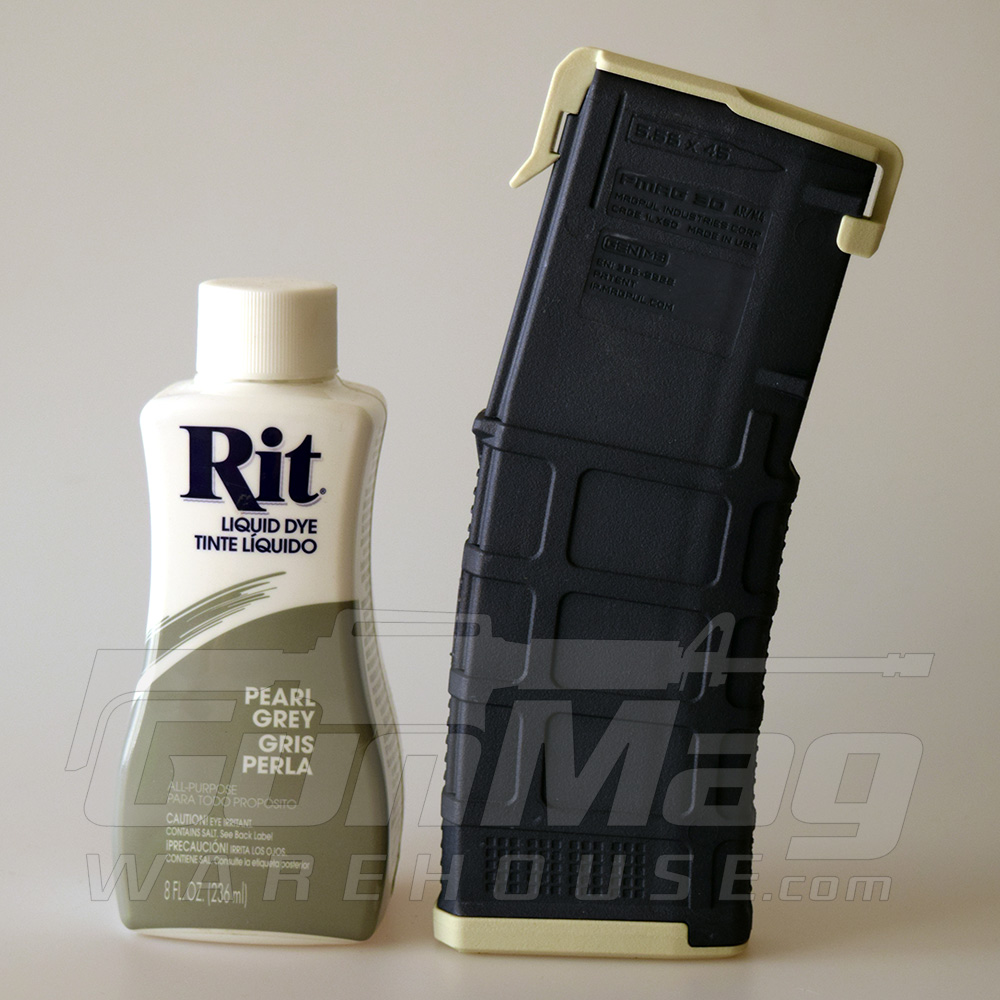 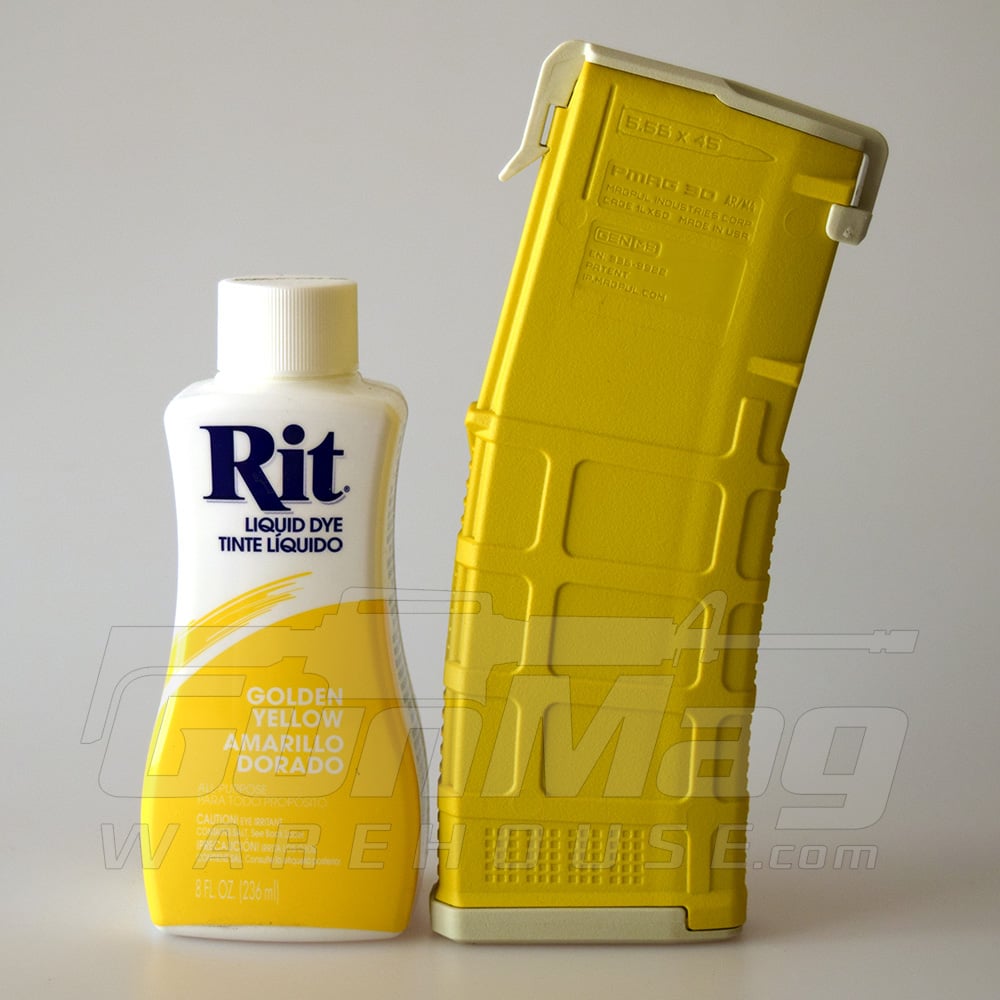 This Sand PMAG from Magpul has been dyed “Golden Yellow” with Rit Dye. It’s not a “Banana Clip,” but it’s close. 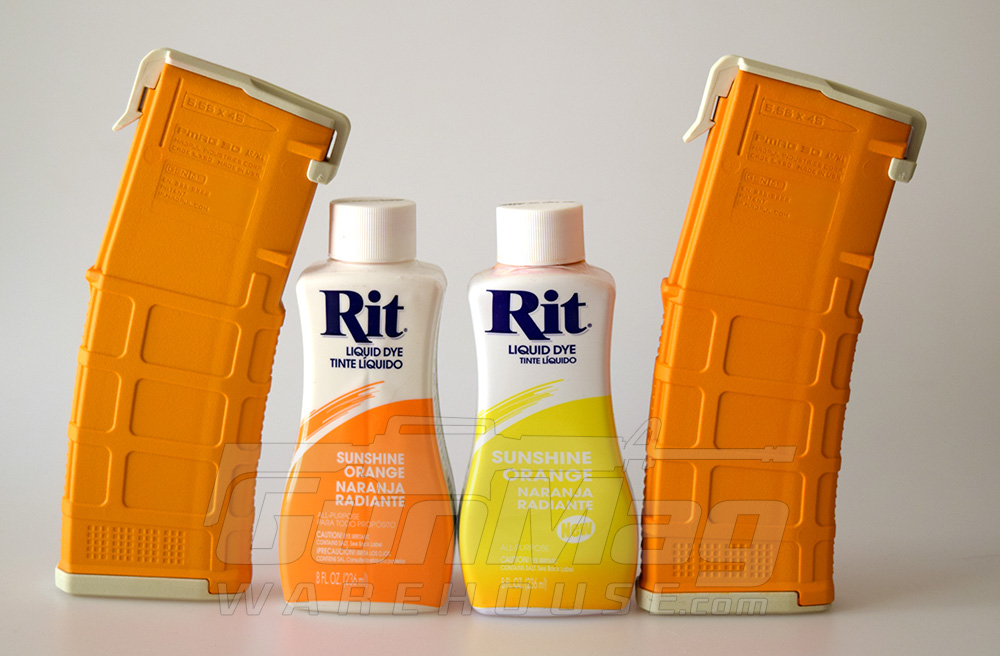 Also in keeping with the fruity them: an orange dyed PMAG. 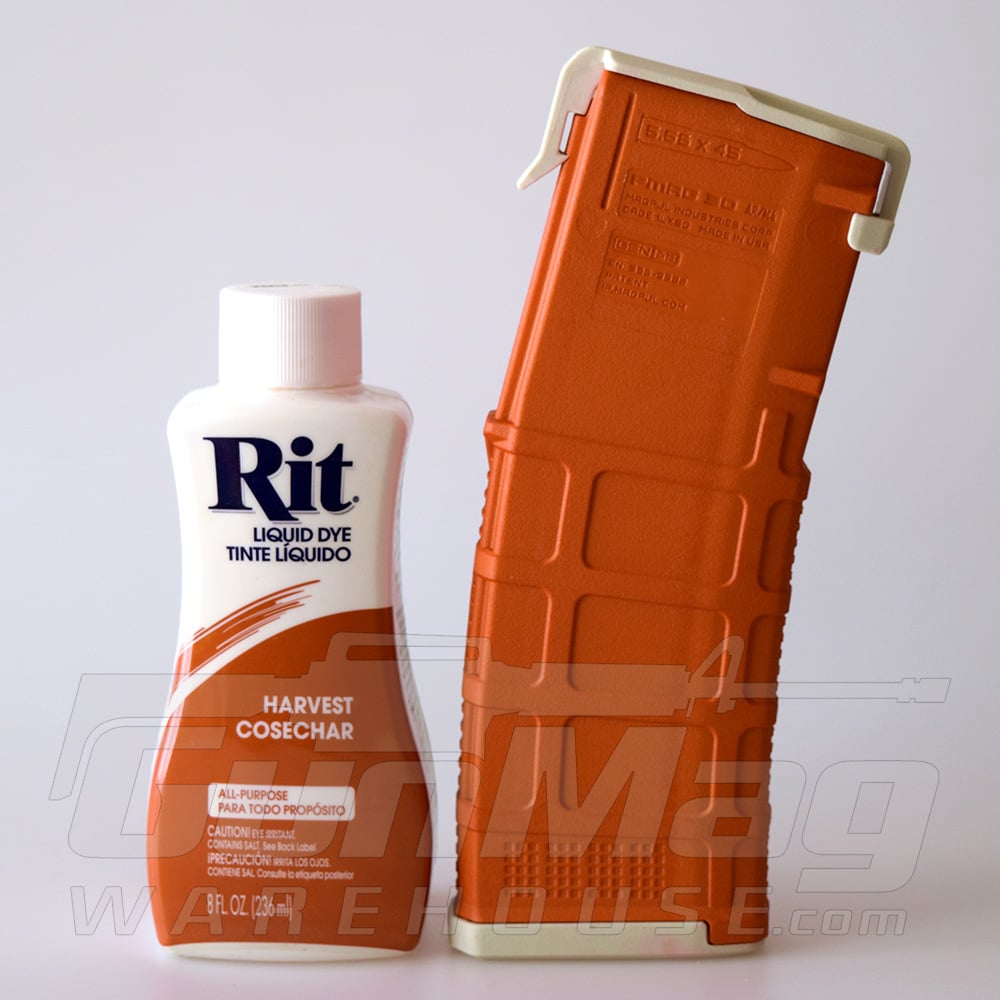 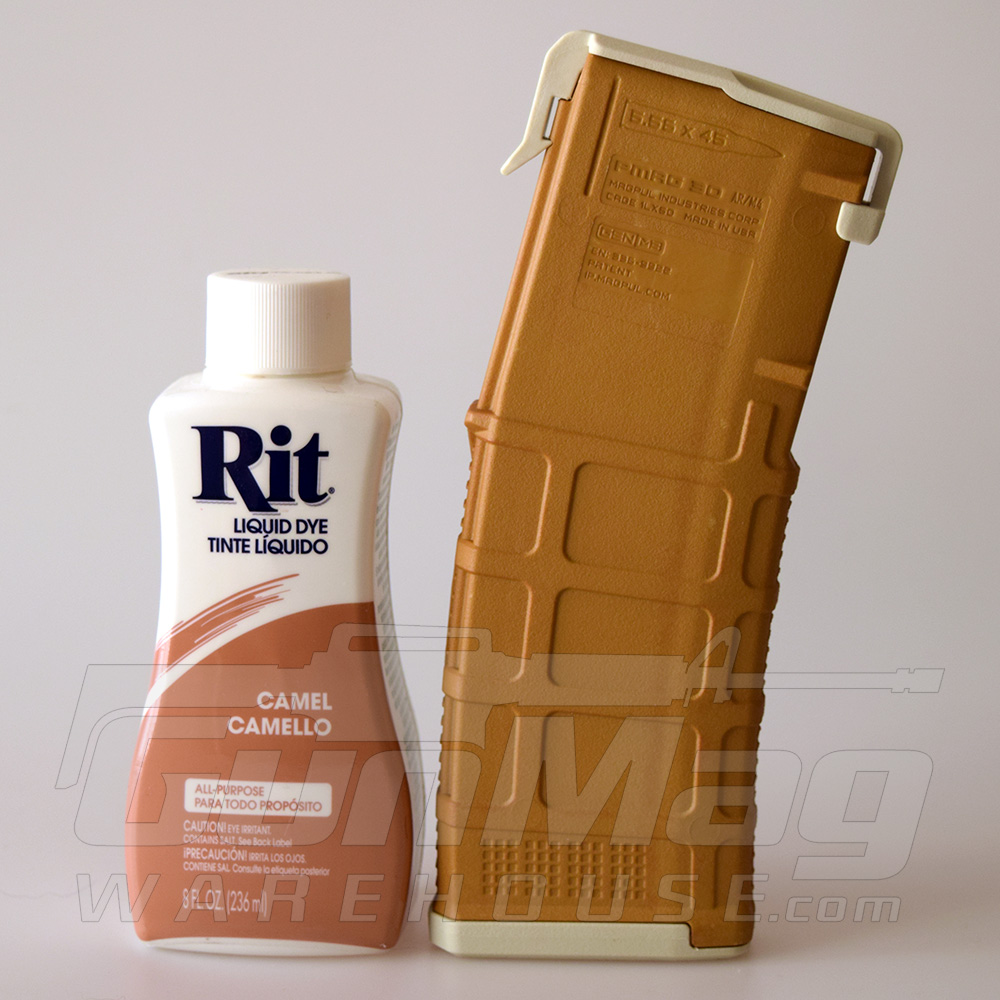 Not sure if this is Camelus bactrianus or Camelus ferus, but it’s certainly reminiscent of a mud hut (or FDE). 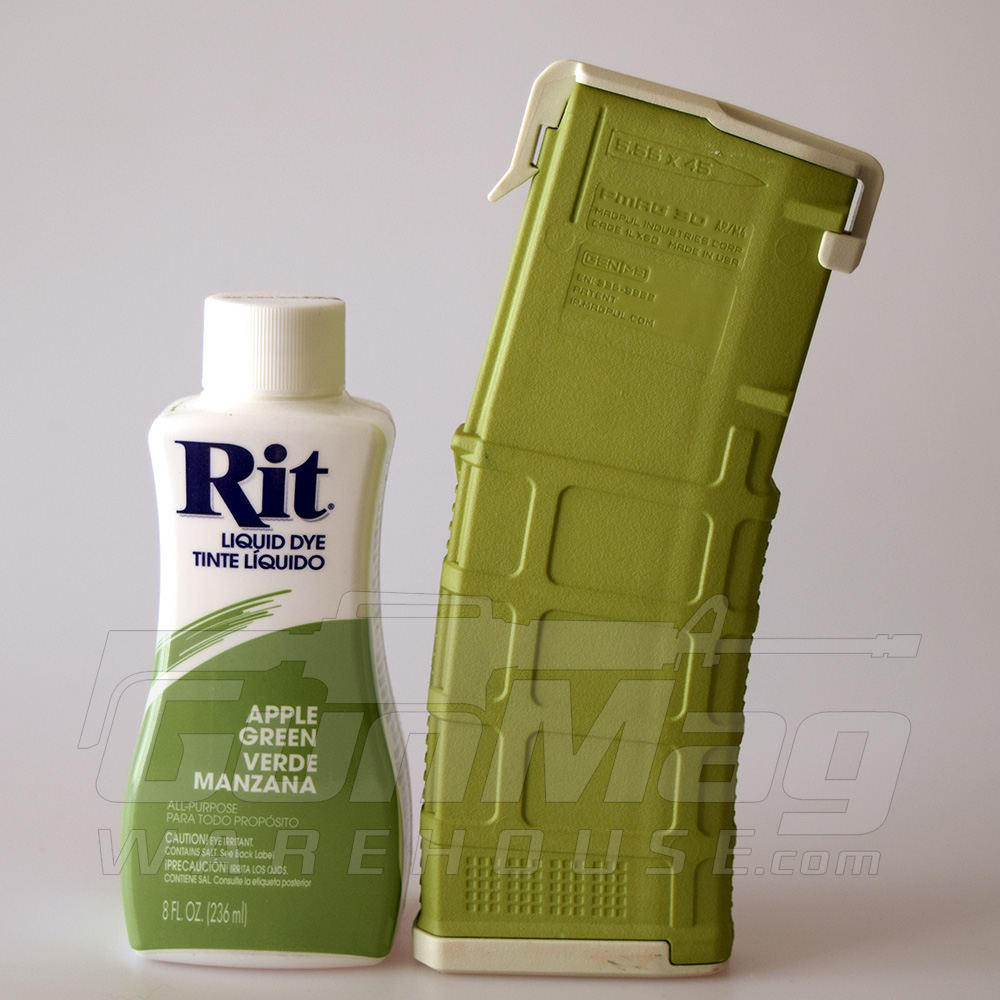 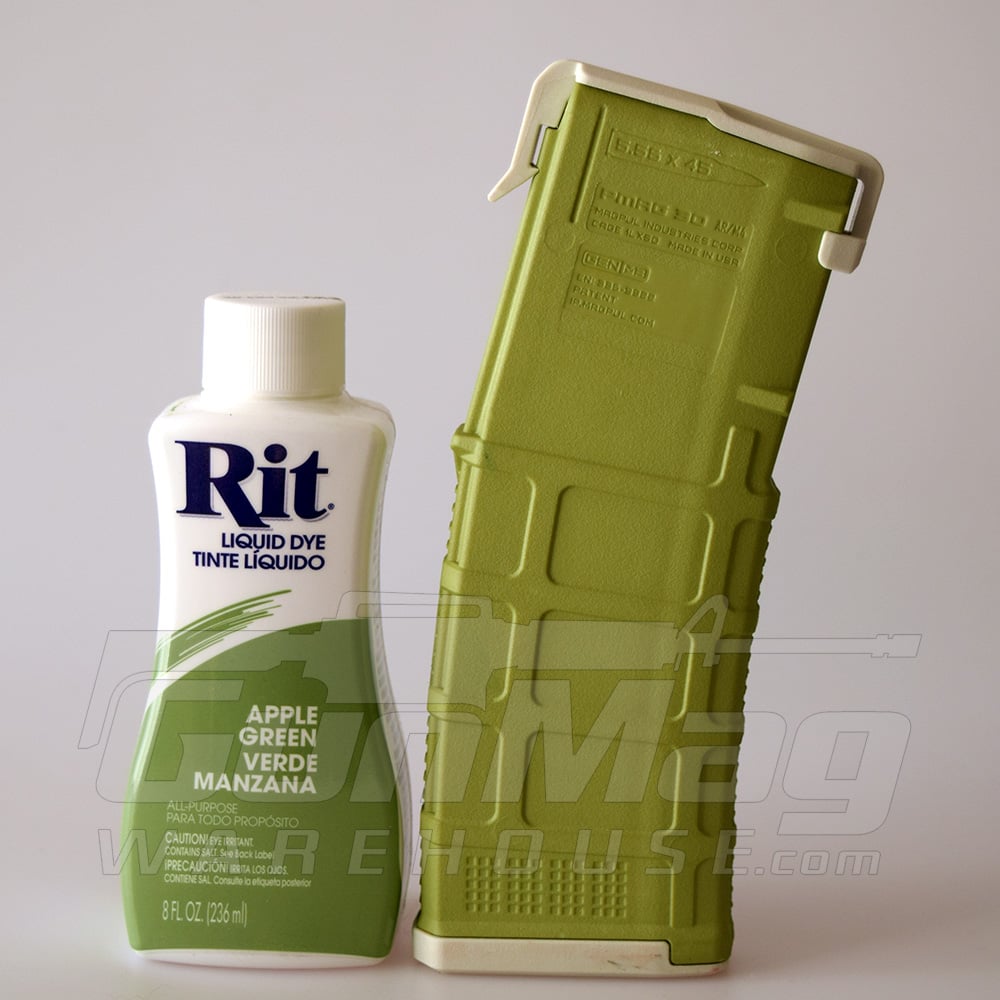 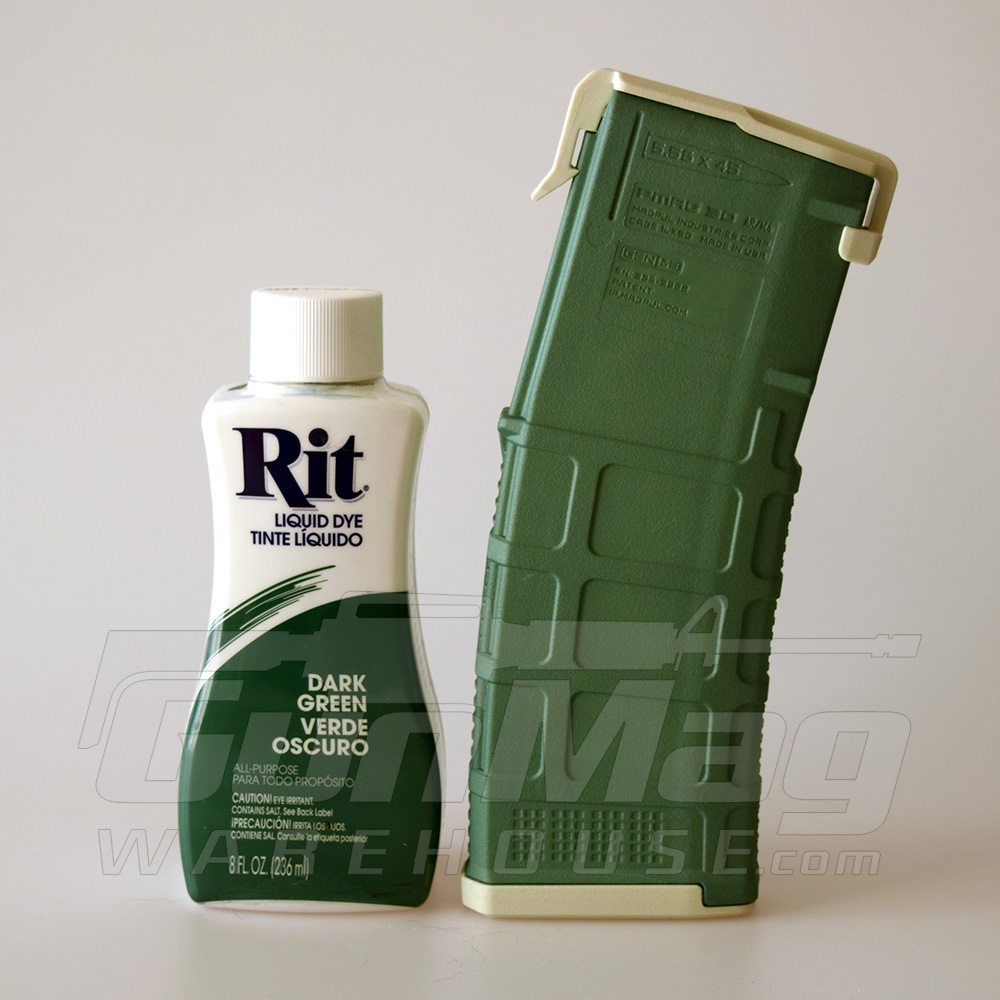 You may already have a favorite Magpul Color, but might as well expand your options a bit. This one would look good with a woodland camo battle belt – assuming you care about sartorial matters in your tactical gear! 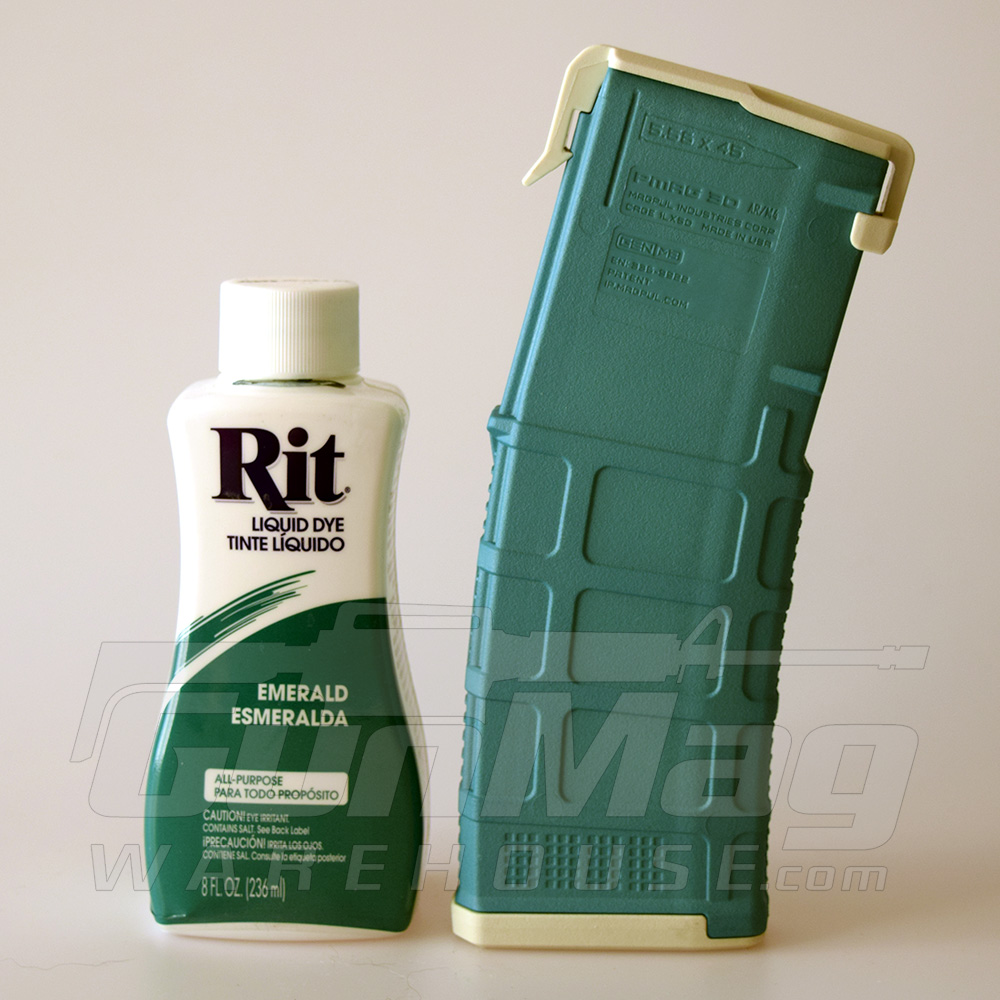 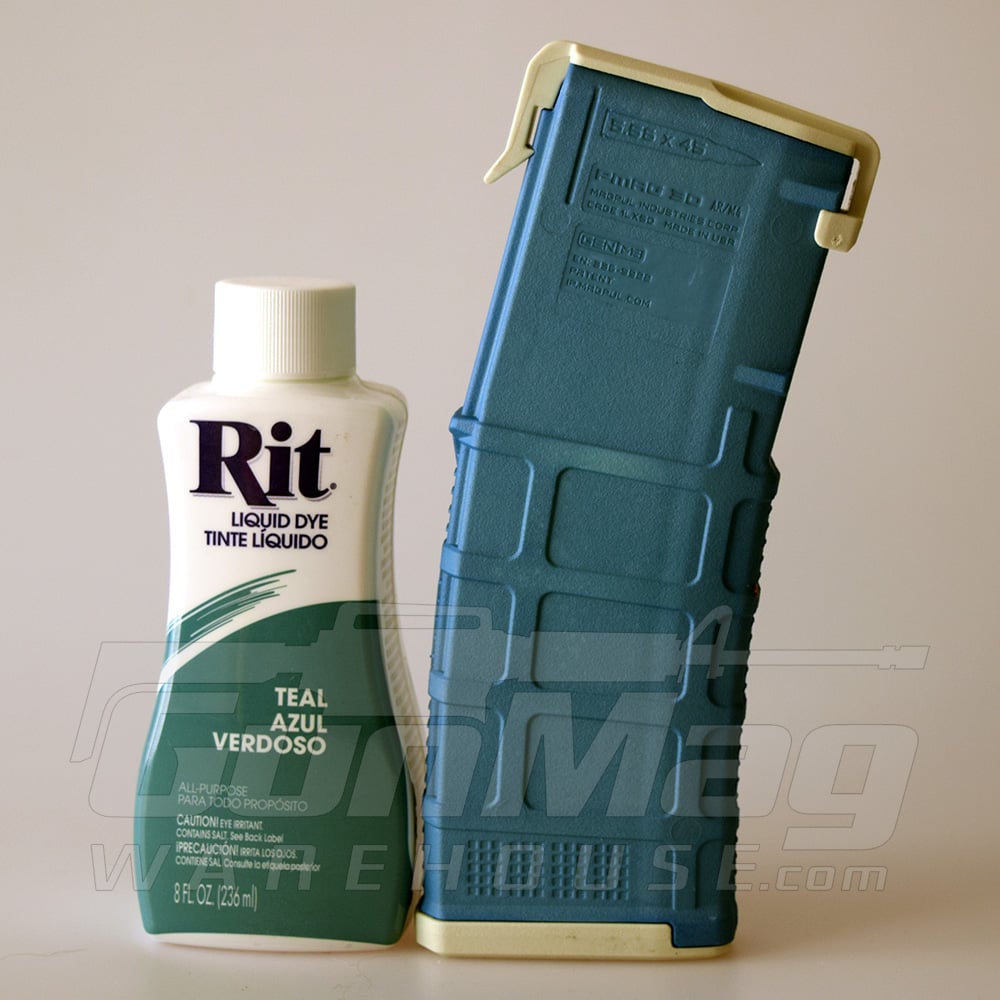 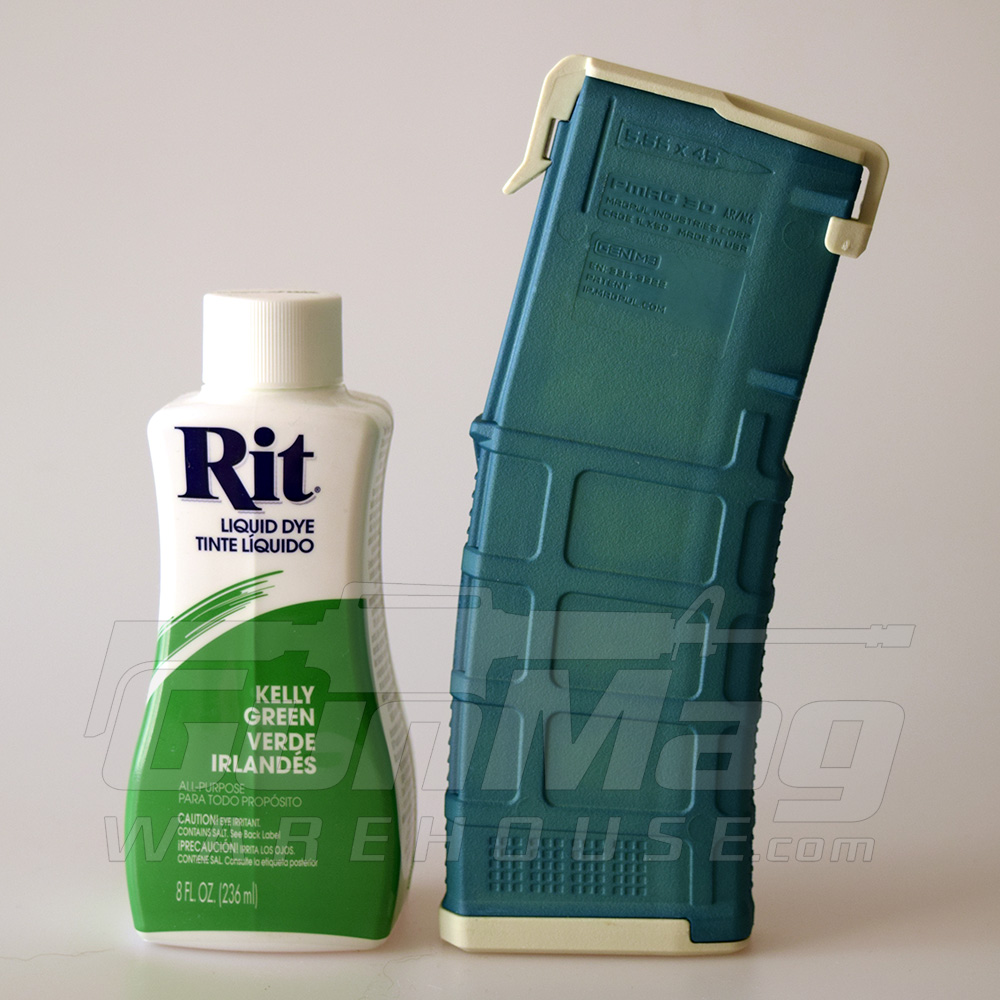 This could actually be the odd green color from a 3rd world country military uniform. 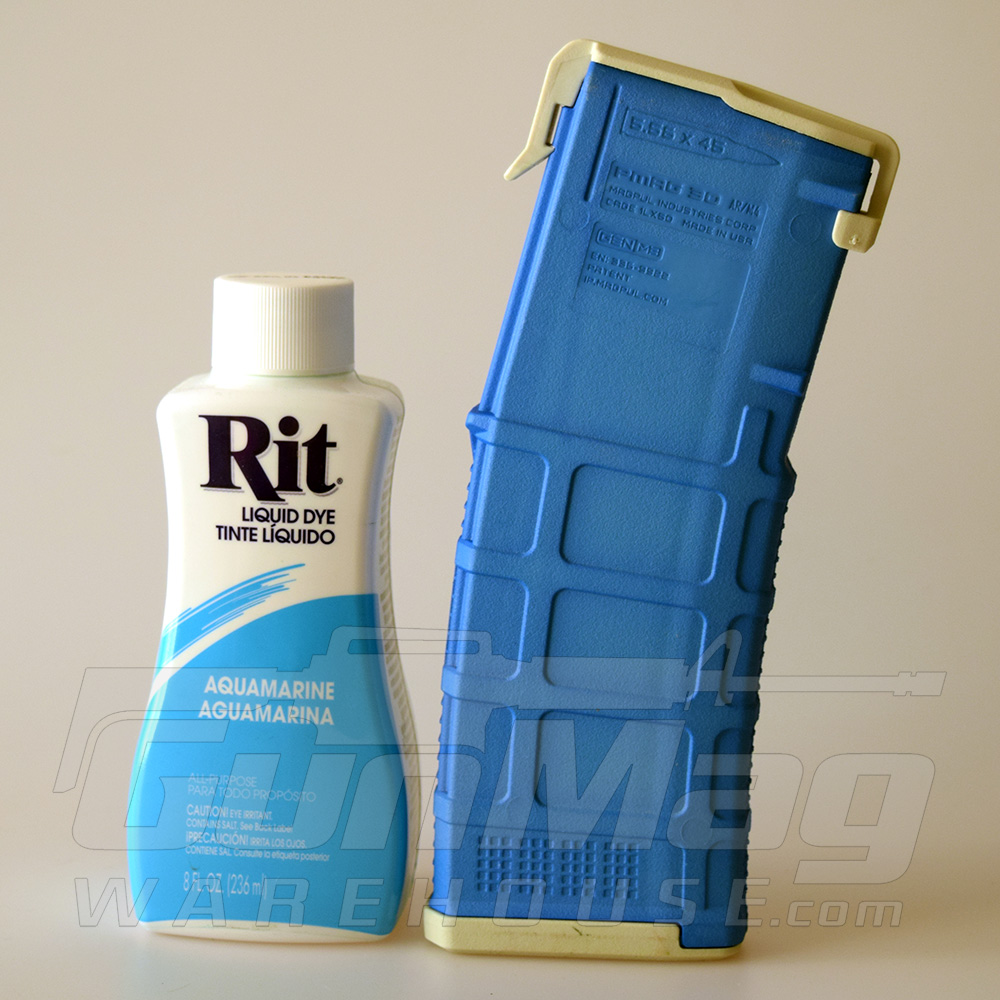 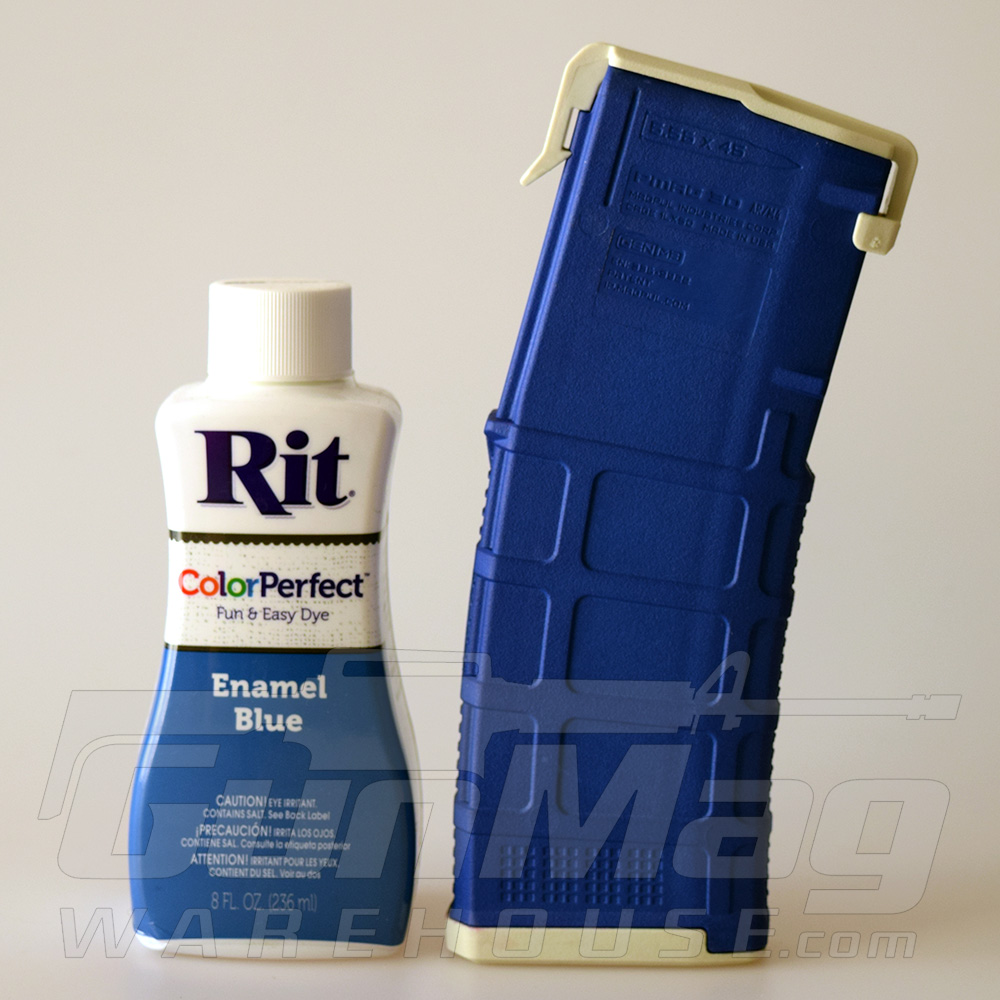 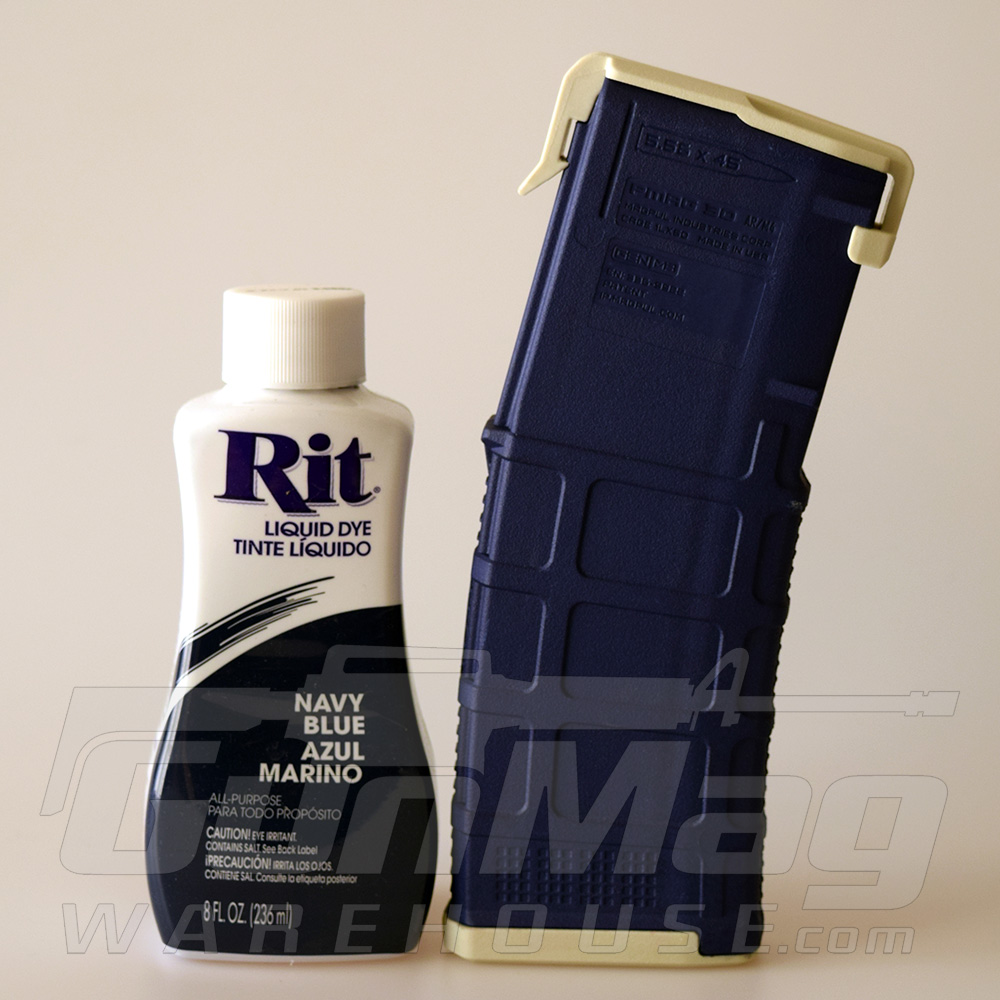 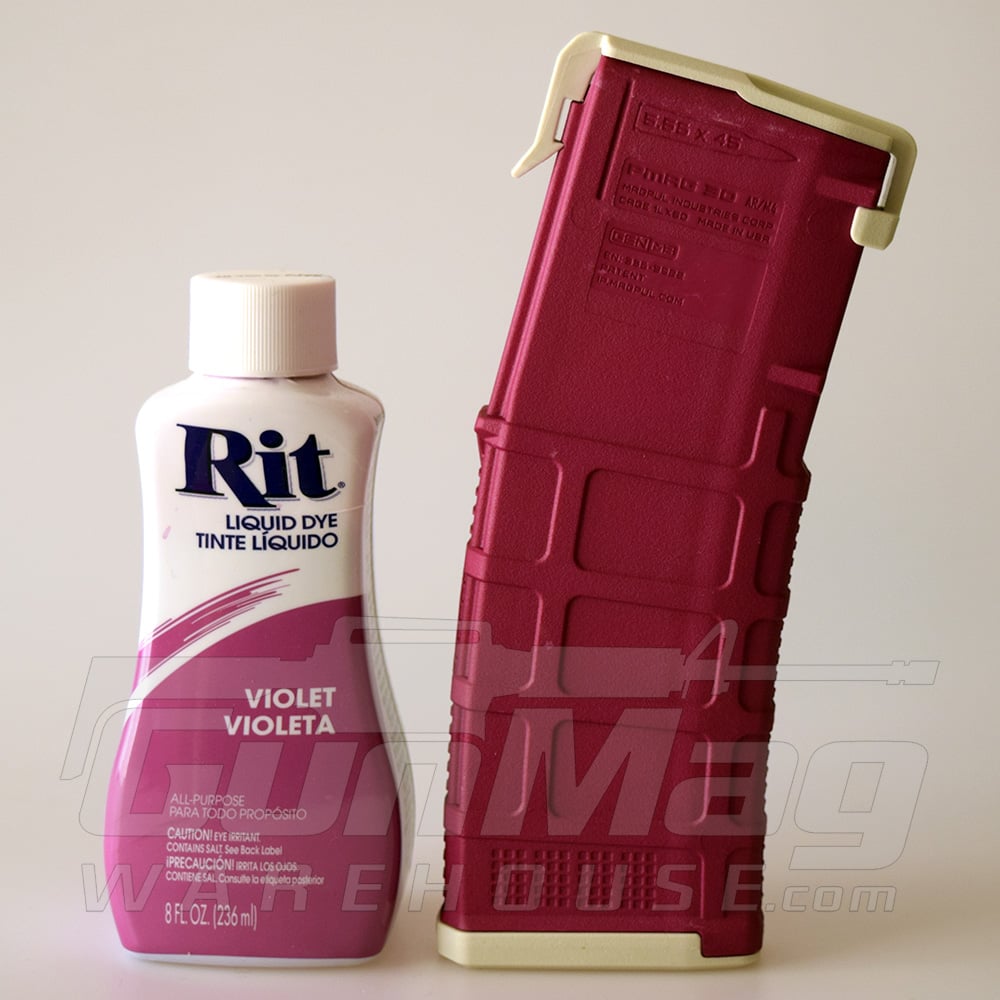 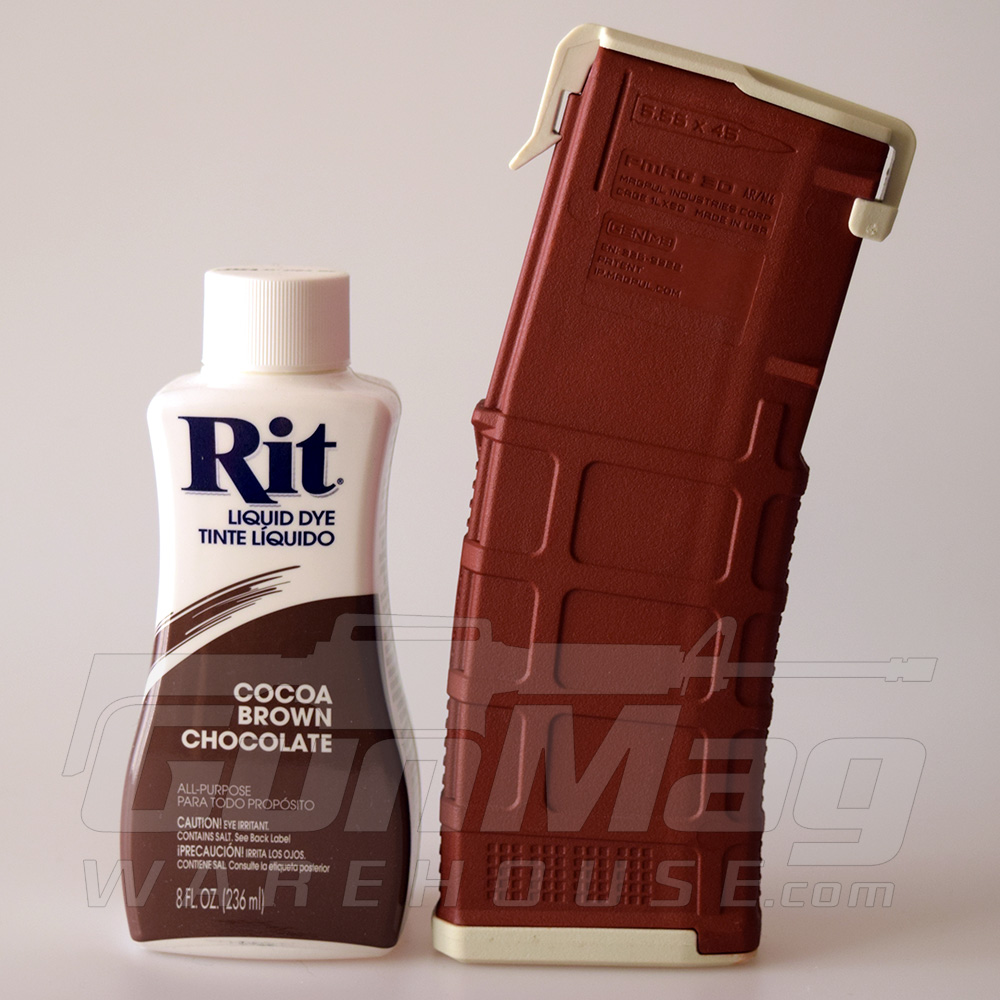 With a little work and maybe just a bit of green, this might be something you could use to match the “Army Greens” gabardine color. 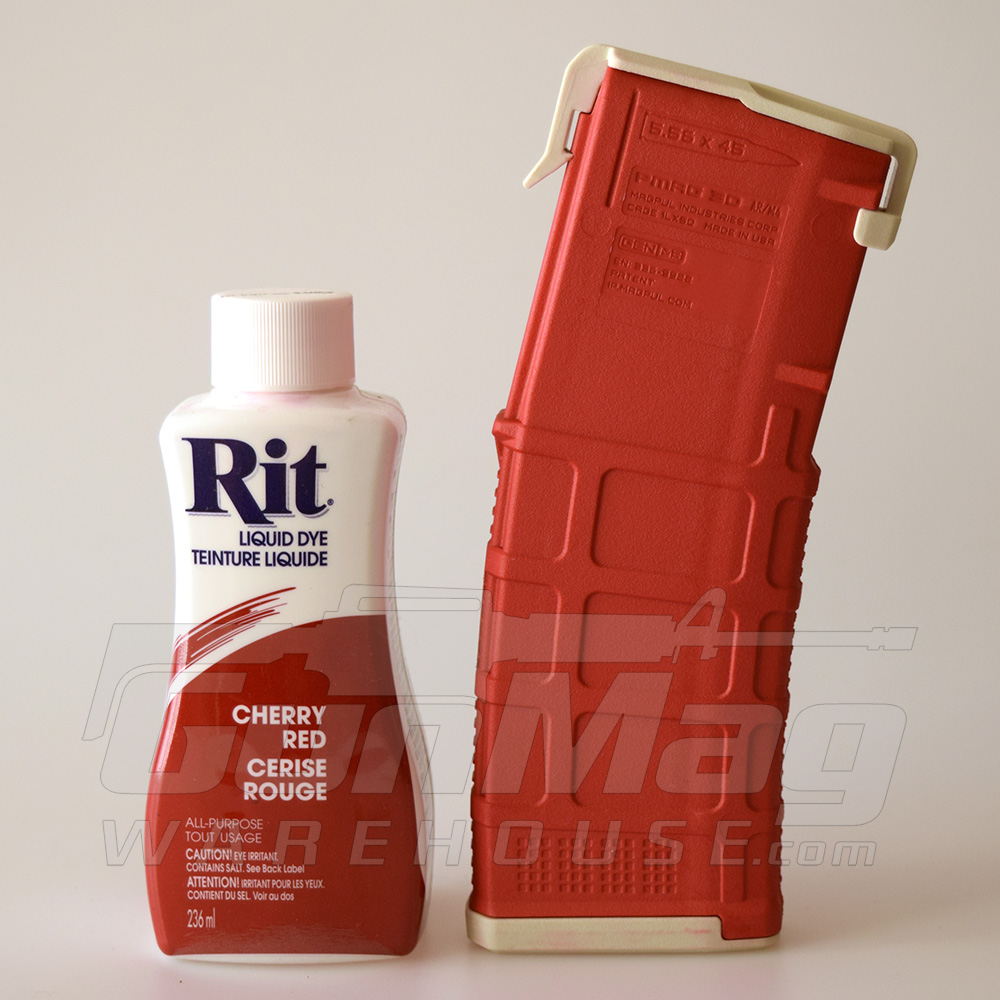 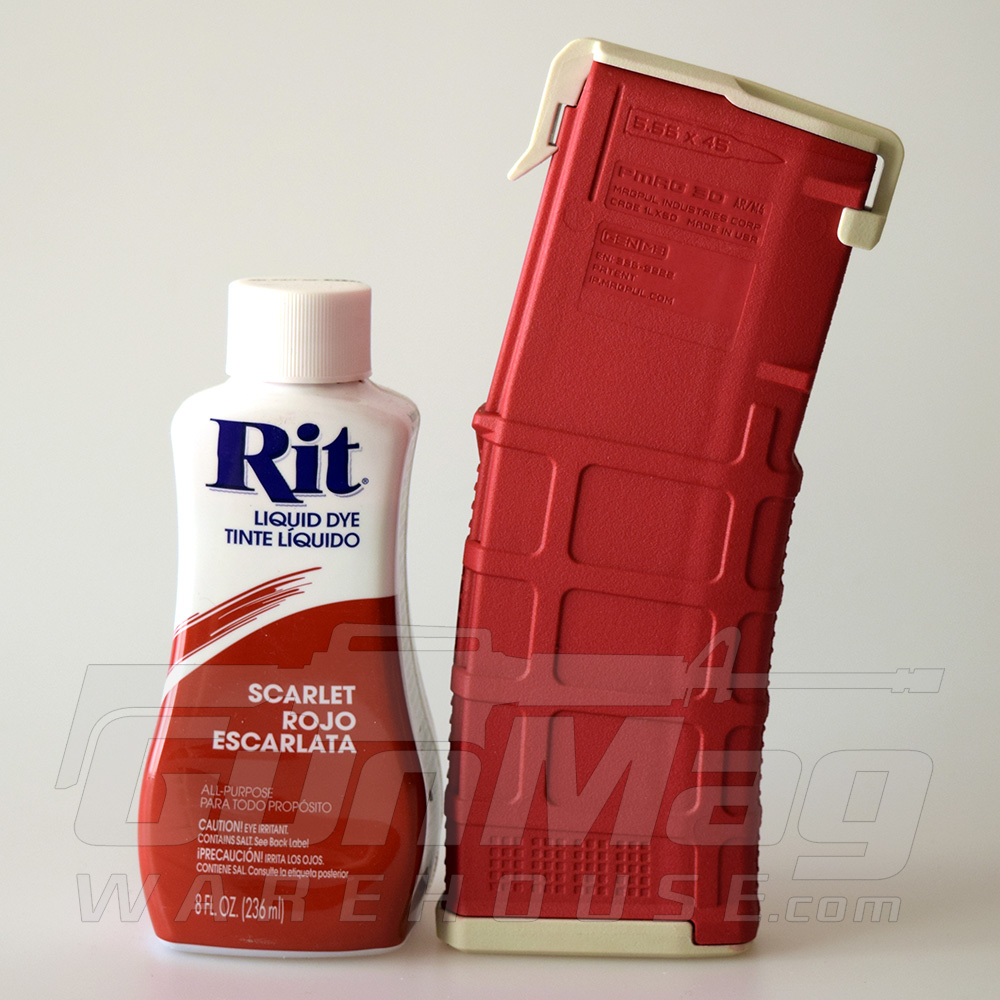 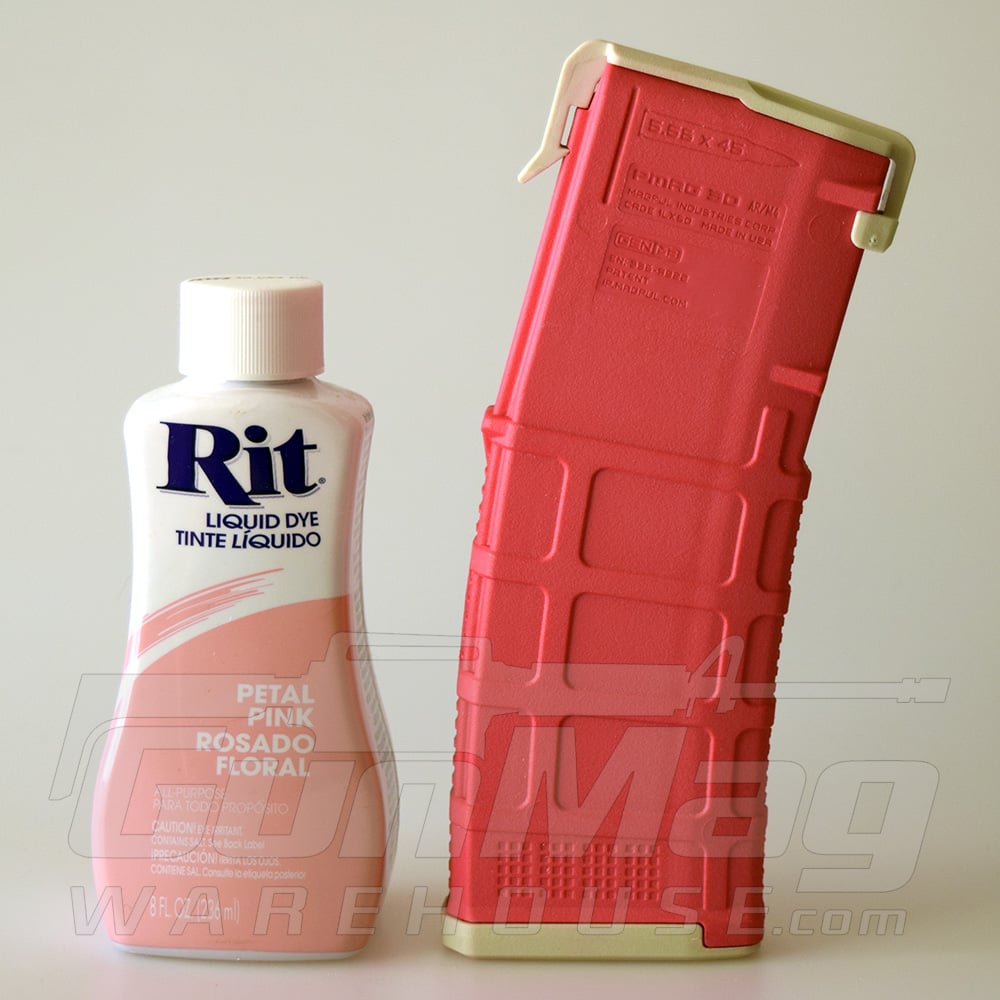