I’ve mentioned in both previous entries in this blog, as well as several other publications, that I have an unreasonable love of pistol caliber carbines. Partially because they remind me of the submachine guns I saw in movies as a child — the ones where the good guys always had an MP5 in their hands while mowing down waves of Soviet soldiers or terrorists.

Which is why I believe one of the biggest selling points for these guns is their aesthetics.

While it’s easy to argue the merits of longer barrels, increased sight radius, and reduced recoil of larger guns chambered in pistol calibers, aesthetics are more important to the pistol caliber carbine fan.

Sounds crazy, I know – but consider this: Would the MP5 be as iconic as it was, if it fed from an extended handgun mag from the time, like a Browning Hi-Power mag?

Arguably, feeding from this magazine at the time of the gun’s creation (the mid-1960s) would be a great idea from the standpoint of logistics or pragmatism — armies and police forces could swap magazines between their SMG and their sidearm. But the appearance of the gun would be all wrong.

No, not a chance. They did so because purpose-built, sub-gun magazines feed better in fully automatic firearms than pistol mags. Partially because pistol magazines aren’t as durable, but also because the vast majority of handgun magazines were never designed to hold 30 rounds of ammunition.

Shoehorning them into this role reveals some of the engineering hiccups associated with extending these magazines. While their sheet-metal bodies (or polymer-like Glock/HK) are thick enough for hard use when encapsulated by a full-length magwell like those found inside handgun pistol grips — extending the mags allows vastly more force to be exerted on them. Basically, it allows the magazine to function as a pry bar inside the gun. Not only can this break the magazine, but it can change the locking angle enough to interfere with proper feeding.

You can do what the Germans did with their older sub guns, and build the bolt and action around this, making sure there’s always plenty of clearance. The other option is what the engineers at SIG did with the MPX — they redesigned their magazine, so the top of the mag is oversized and doesn’t have much space to move. Plus, they reinforced the feed lips and locking tabs with steel to prevent warping.

But here’s the thing, SIG could very well have designed their MPX magazines to be straight as an arrow, but they didn’t. Hell, they could have made their MPX feed from P226 magazines, but again, they didn’t. 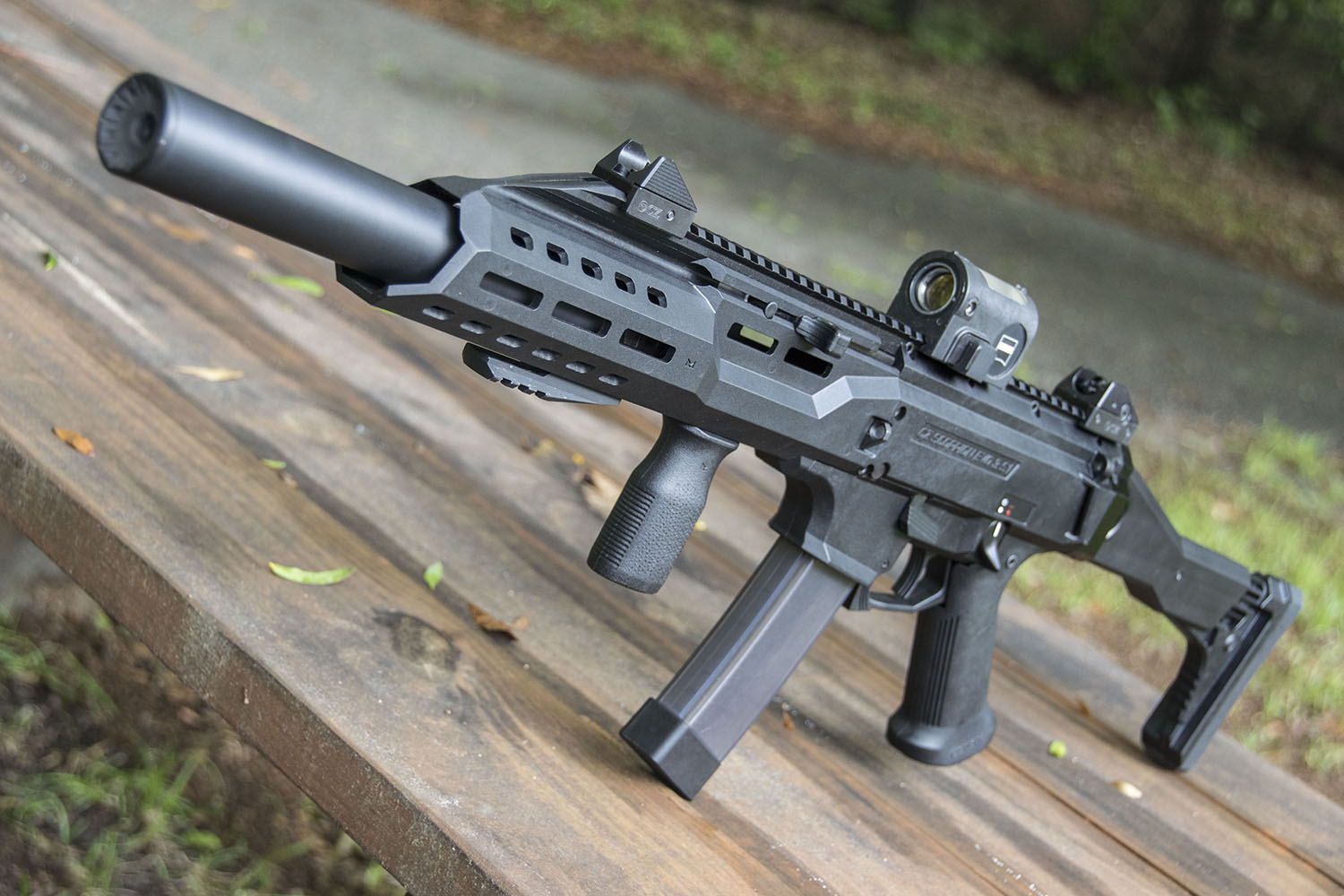 Because the resulting firearm wouldn’t capture the curves and lines the average gun-lover associates with SMG-like guns. But this phenomenon isn’t limited to magazine design. It’s the reason that most pistol caliber carbines resembling an SMG are offered in a pistol version as well. Extending the barrel on most of these guns makes them look odd and disproportionate.

I would even argue that without the rise in pistol braces, none of these guns could have seen the resurgence in popularity they’ve experienced in the past few years. I know when I first got my grubby mitts on the SIG MPX a few years ago, I didn’t leave SIG’s event thinking, “I sure want a full-sized carbine version of that.”

I wanted the super-compact, fully automatic version with a suppressor on it. Thankfully, I went through the trouble of registering my MPX as an SBR, and I own a suppressor or two – so I can fulfill most of my sub-gun fantasy.

While there are plenty of other reasons to justify buying compact pistol caliber carbines, let’s be honest — no one wants to drop serious cash on a gun they aren’t enamored with.