I ran across an link recently that stopped me in my proverbial tracks. The article was titled “Airguns for Self Defense.” I’ll admit I was getting ready to comment. Then I read the piece, and it wasn’t what I thought it was. The article isn’t about concealed carry, but about how to use airguns in place of centerfire handguns for safe practice. That actually makes sense, and I didn’t have to blow up any comment sections.

But it got me thinking. Spring has sprung. As I type this, I’m wearing shorts that have no belt loops. It is about time for me to put away the GLOCK 19 I tend to carry concealed most of the winter. I’ll move back to the Honor Guard. When the heat gets the better of my tactical fashion, I’ll go back to the Kel-Tec P3AT in a pocket holster.

My choice of the diminutive .380 always seems to stir debate with my friends who carry. I shoot it regularly, and trust its abilities, and mine, and know that shot placement is more important (to a point) than caliber. 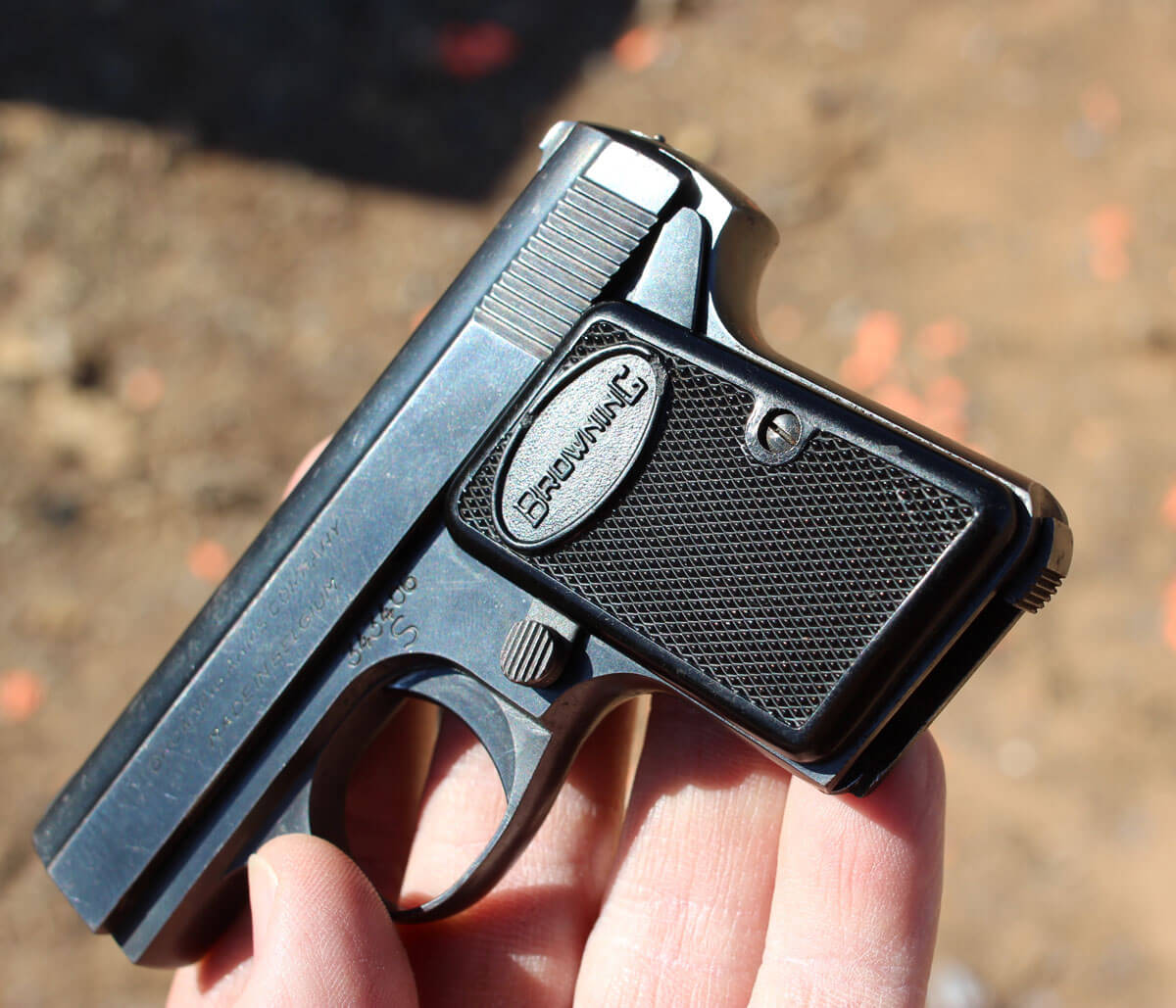 It wasn’t long ago that the .25 ACP was the go-to for those wanting pocket carry. But who wears vests anymore? And the .25 ACP is not a round known for its stopping power, even with the best of shot placement.

On the other end of the spectrum are the guns of Heizer Defense. I’ve shot their 5.56 and 7.62×39. They kick. That is hardly a concern during a defensive shooting situation. More concerning is that there’s no barrel for the powder to burn it, which means the rifle rounds are a bit flaccid, and they are single shots. But they’re making a .45 semi-auto now that has a dedicated fan base.

Some prefer an old-school wheel gun. The .357 offers great terminal ballistics. Revolvers work, and their heavy trigger pulls make some feel confident carrying them in a pocket. Not me, though. I still prefer a good holster and pocket holsters for revolvers are bulky.

Single-stacks have their place. Springfield Armory’s XDS guns are rock solid. The GLOCK 43 is amazing. I personally prefer the Honor Guard. These guns have the distinct advantage of being chambered in 9mm or .45 ACP. And they are large enough to hold. That said, I don’t consider them small enough for pocket carry, and that’s how I personally define a mouse gun.

All that’s left, really, are the .380s. While the GLOCK 42 is a bit large, most will fit in a pocket. With a good holster, they are solid options for everyday carry. Kel-Tec, Ruger, Taurus, Smith & Wesson, Walther…, even the single-actions from Sig, Kimber and Colt offer great options for 1911 fans.

In the end, no matter what you prefer, I’d suggest three strategies for concealed carry. The first is obvious: train. Put rounds down-range. Practice working from the holster. The second point is easier: find the right ammunition. Even a .380 can be an effective tool with the loads available today. The last one is the one most forget. Single stacks run dry quickly when the adrenaline is pumping. Carry a spare magazine or two.