There is a new option in the micro-compact polymer pistol market: the Kimber R7 Mako. Teased and hinted about for a while before its public unveiling, the R7 Mako design is, according to the manufacturer predicated on what enthusiasts consider most important in a concealed carry pistol. 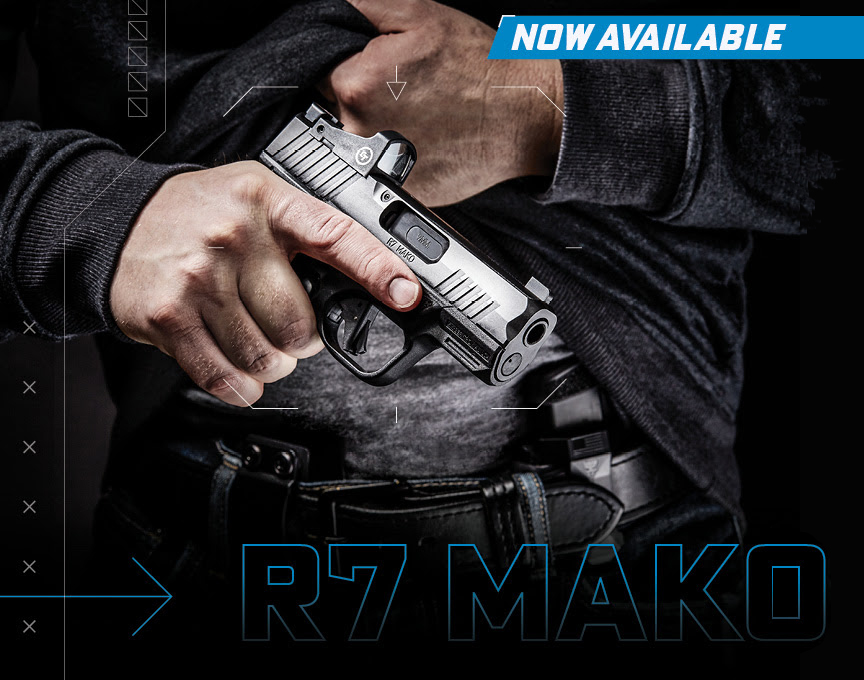 Here’s what Kimber tells us.

TROY, AL, Aug. 19, 2021 — Kimber Mfg., is excited to announce its entry into the polymer-framed, striker-fired pistol market with the R7 Mako, a micro-compact pistol chambered in 9mm.

Kimber reached out to carry enthusiasts and asked what was most important in a concealed-carry pistol; the resounding response included the requirement of an outstanding trigger and ability to carry with the confidence of having sufficient ammunition capacity for any situation.

Kimber addressed the trigger request with the R7 Mako’s unique flat-face Performance Carry Trigger™, which has a consistent short pull and a clean, crisp break, making the R7’s factory-set 5.0 to 6.75-pound trigger pull feel much lighter.

Another distinctive feature is the R7’s stainless-steel slide, which wears an FNC finish, and covers the barrel hood to add rigidity, preventing debris from entering the pistol through the ejection port, and keeping the optic clean. The pistol also features ambidextrous controls for left and right-handed shooters, and the low-tilt, 3.37-inch, stainless-steel barrel mitigates recoil.

Topping off the R7 Mako is a set of TruGlo® Tritium Pro u-notch sights making target acquisition quick regardless of lighting conditions, and the slide on the R7 Mako Optics Ready (OR) model ships with a plate to protect the milled Shield-style footprint. The R7 Mako Optics Installed (OI) model includes a Crimson Trace® CTS-1500. Both R7 Mako models ship with a flush-fit 11 (+1) magazine as well as a 13 (+1) magazine, so the gun is carry-ready out of the box.  Additionally, 10 (+1) and 15 (+1) magazines will be available in the very near future. 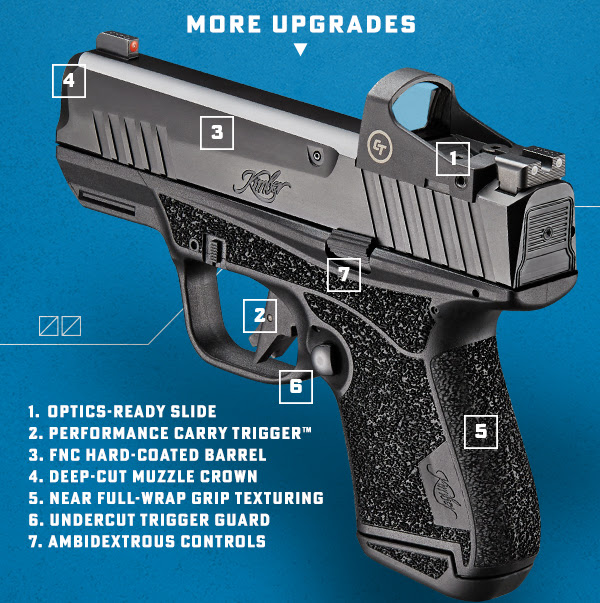 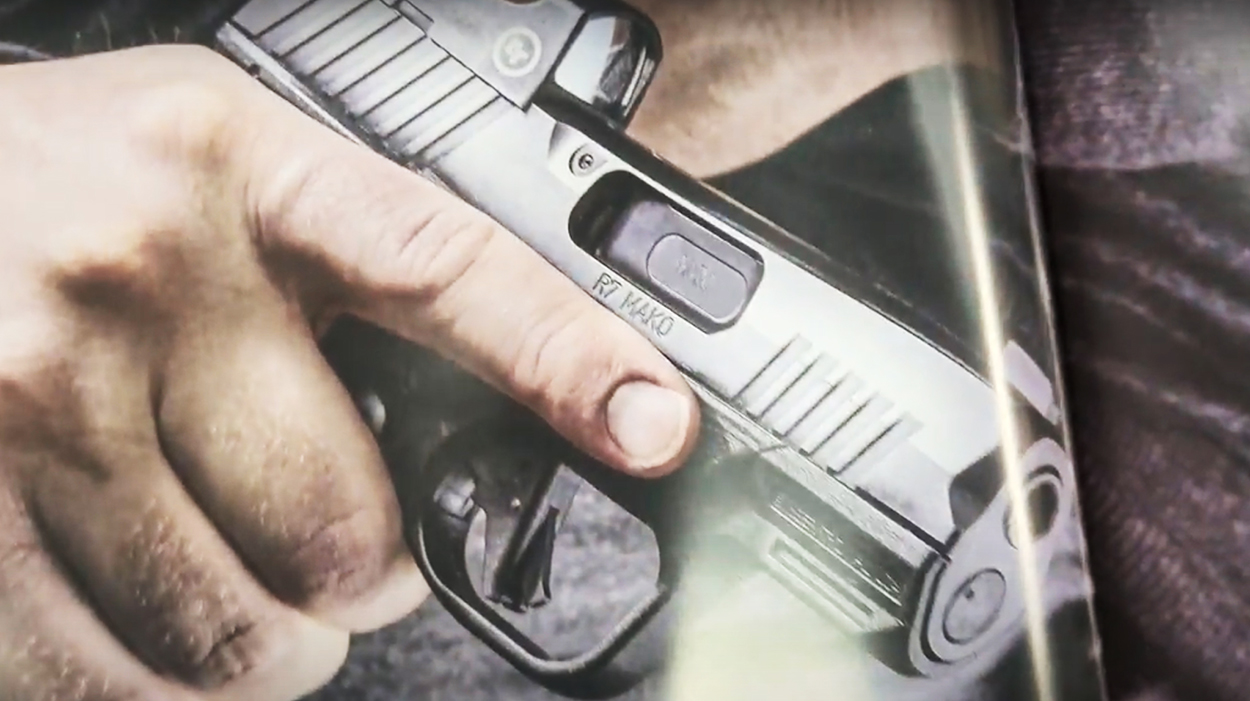 The first Mako model we see in the catalog is described as “optics-ready”, with ambidextrous controls and wrap-around stippled texturing.

Firearms manufacturer Kimber teased the R7 Mako for several days before its release this morning.

Among their hints were such lines as this:

You asked for a great trigger. We listened.

A good trigger was near the top of your list for what you look for in a concealed carry handgun. The trigger on our newest handgun isn’t good…it’s great. Learn all about it on August 19. 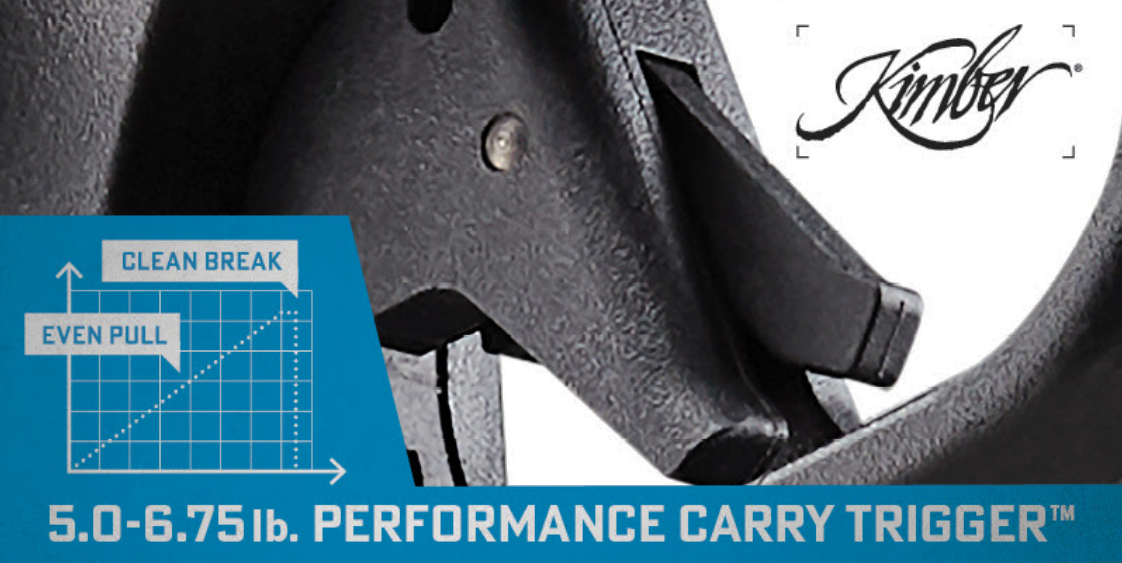 Happily, Kimber’s 2022 catalog began hitting homes and retailers over the weekend, so we don’t actually have to wait for the formal announcement. Confirmation of the name and some other basics is available via their Trademark application.

Here’s what we think we know.  Images are from their 2022 catalog or PR emails they’ve sent.

Mako Details Pulled from the Pages

The R7 Mako is a small, polymer r striker-fired pistol(s) chambered in 9x19mm. We made pistols plural because Kimber refers to R7 Mako models in the catalog [edit: and later confirmed this in the release\.

Pictured in some of the catalog imagery with a Crimson Trace red dot optic mounted up top, the Mako 9mm has a 3.37-inch barrel and weighs 19.5 ounces unloaded (without magazine). Its overall length is 6.2 inches. Height from the bottom of the mag well to the top of its iron sights is 4.3 inches (use of an RDS will change this) and the width is right at one inch.

Magazines from the new micro-compact will initially be offered in 11-round and 13-round capacities.

The following is the spec sheet from the catalog.

Similarities to SIG, Springfield, Taurus, and other brands are obvious, as is the notion that Kimber would develop something to compete with those. Providing an out-of-the-box RDS capability is also a no-brainer.

We’ll no doubt see an expansion of the line and the introduction of after-market accessories or upgrades in the months after its formal release — probably by SHOT Show since this release is timed for the NRA Conference.

More as we know it.

Other Mako Matters and Announcements

These are from another couple of the Kimber “tease” emails that preceded the R7’s release.

More imagery and thoughts on the Mako R7 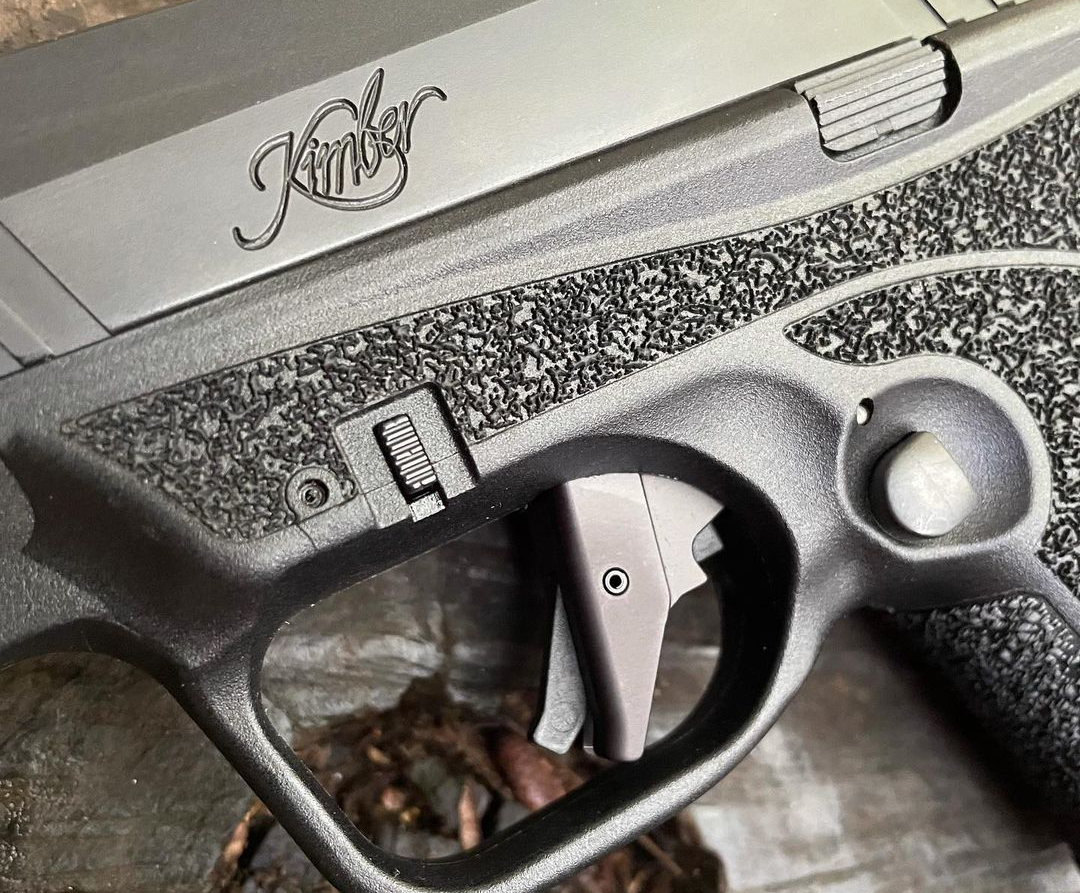 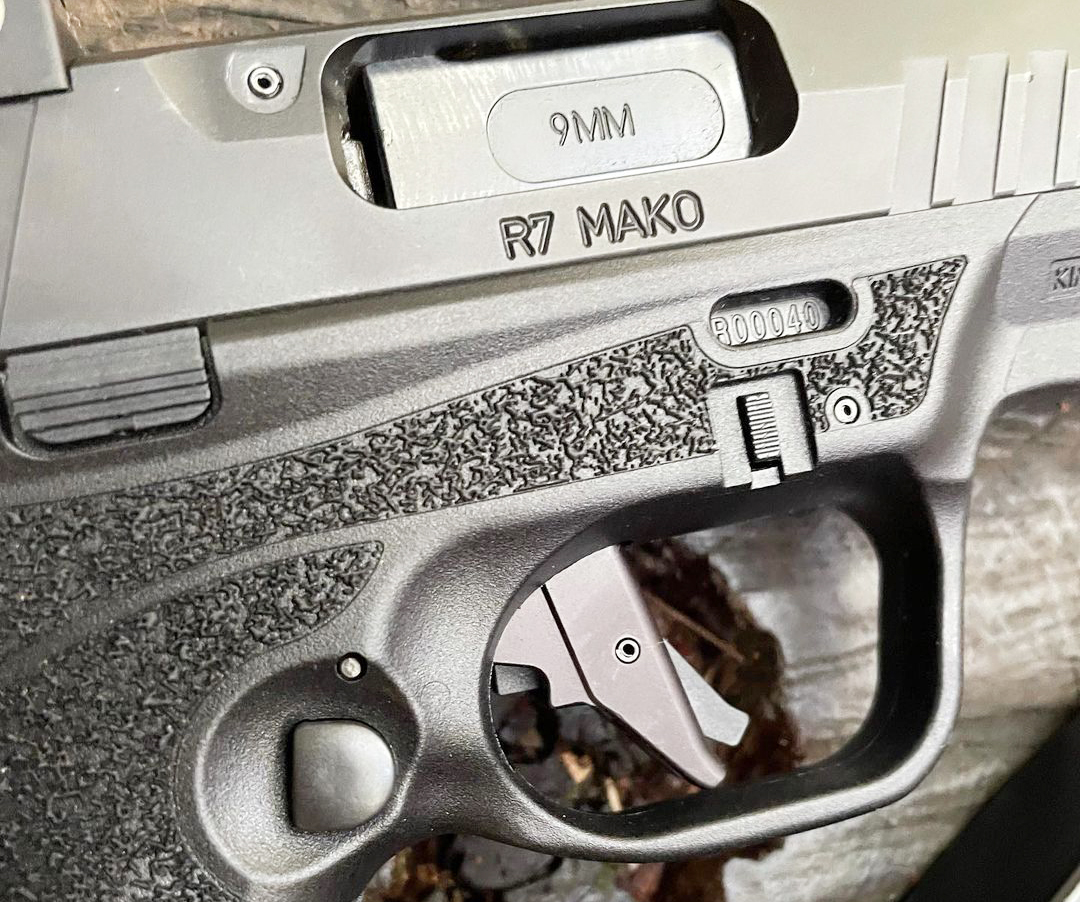