I Hope I Never Have to Draw… 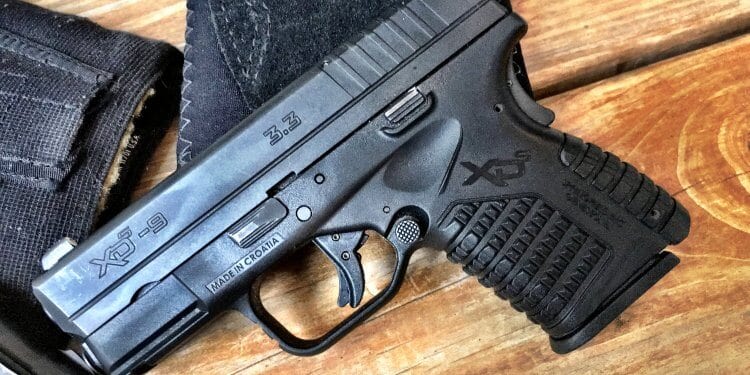 In the comments section of a concealed carry article I wrote a while back for another publication, I read the following:

“I hope I never have to draw because I can’t…”

Needless to say, the opening words of that particular response got my attention, and I had to read on. This particular individual had chosen ankle carry as his primary concealment option. There are people who can’t conceal a handgun any other way, but didn’t seem to be one of those people.

While he didn’t explicitly say that he had to carry that way, he did imply in the narrative that it was a convenient choice and more of a “just because” decision. Reading between the lines, it appeared that he was too lazy to invest the time and inconvenience of working around a more traditional belt carry method. He went on to say that, because his gun was way down near his feet, he knew he wouldn’t be able to draw his pistol quickly and efficiently enough in a self-defense situation to make much of a difference in the outcome.

I had mixed emotions as I read this tragic story. On the one hand, I was stunned that someone out there had decided to carry a gun, even though he knew it was unlikely that he would be able to use it in a real self-defense situation. Why bother? On the other hand, I had to admire his honesty about the situation. Not regarding admitting his self-defense strategy flaw in public comments, but rather by his realization that just having a gun on his person didn’t necessarily mean that it would help him. At least he, at some level, recognized the danger of a false sense of security. Far too many new concealed carry permittees naturally assume that “just having a gun” will ensure that they can prevail in an armed encounter. 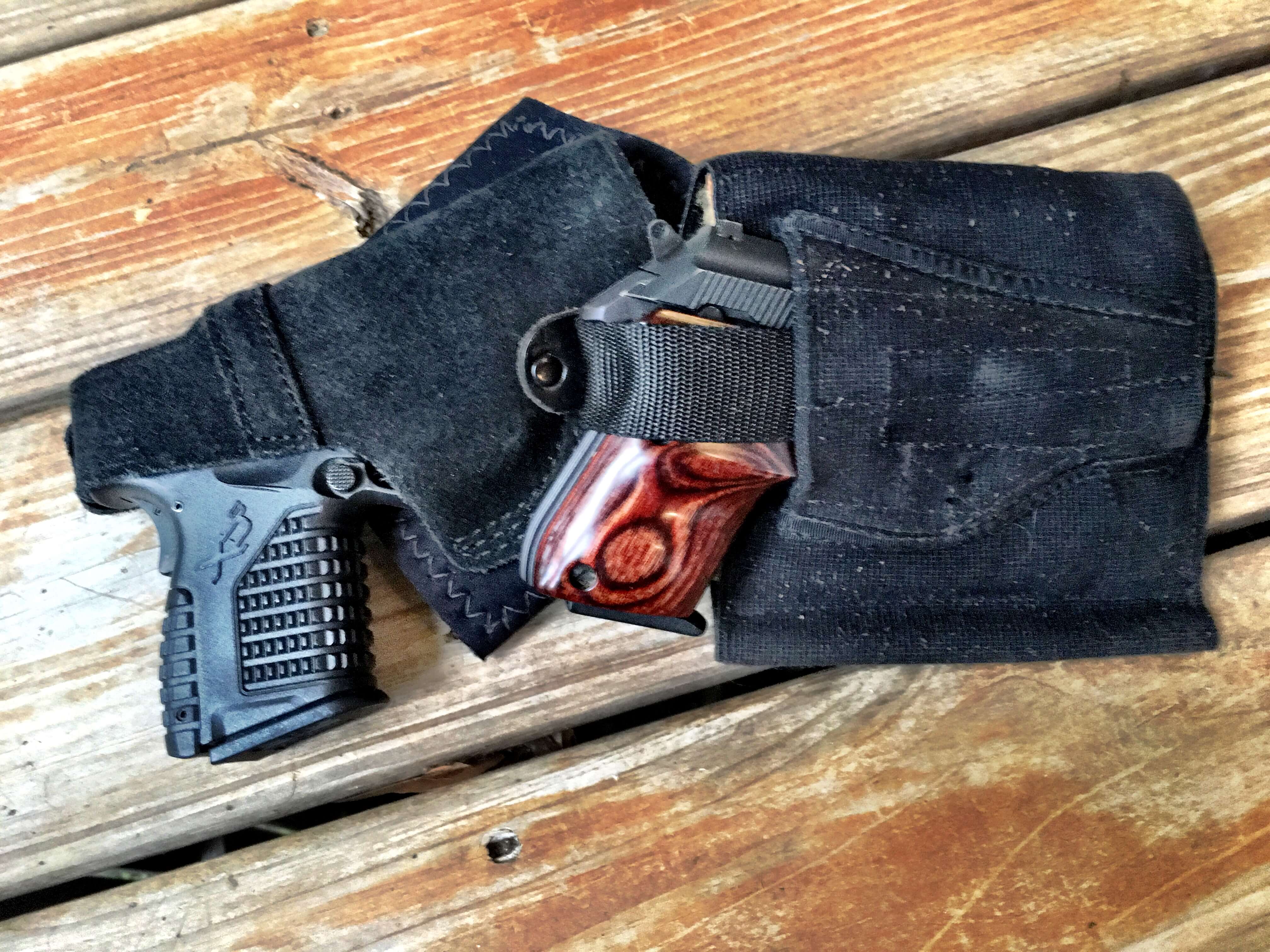 Ankle carry isn’t just for tiny guns like the Beretta Tomcat .32 ACP on the right. I can easily ankle carry the 9mm Springfield Armory XD-S as well.

I’m fine with ankle carry. In fact, I have several quality ankle carry rigs from Galco for a Ruger LCP 357, a Smith & Wesson 642, a Springfield Armory XD-S, and even a .32 ACP Beretta TomCat. However, I never use ankle carry as my primary option. I’ll occasionally decide to pack a second gun that way, because, well, why not?

I’ll also consider it when I’ll be seated for most of my outing. For example, it’s great for long car trips. I normally carry in a right-hand side inside the waistband holster, so when I’m driving, my holster and gun are all buried under the seat belt and buckle. For me, it’s much easier to reach an ankle holster from a seated position in a car than from my normal IWB location. 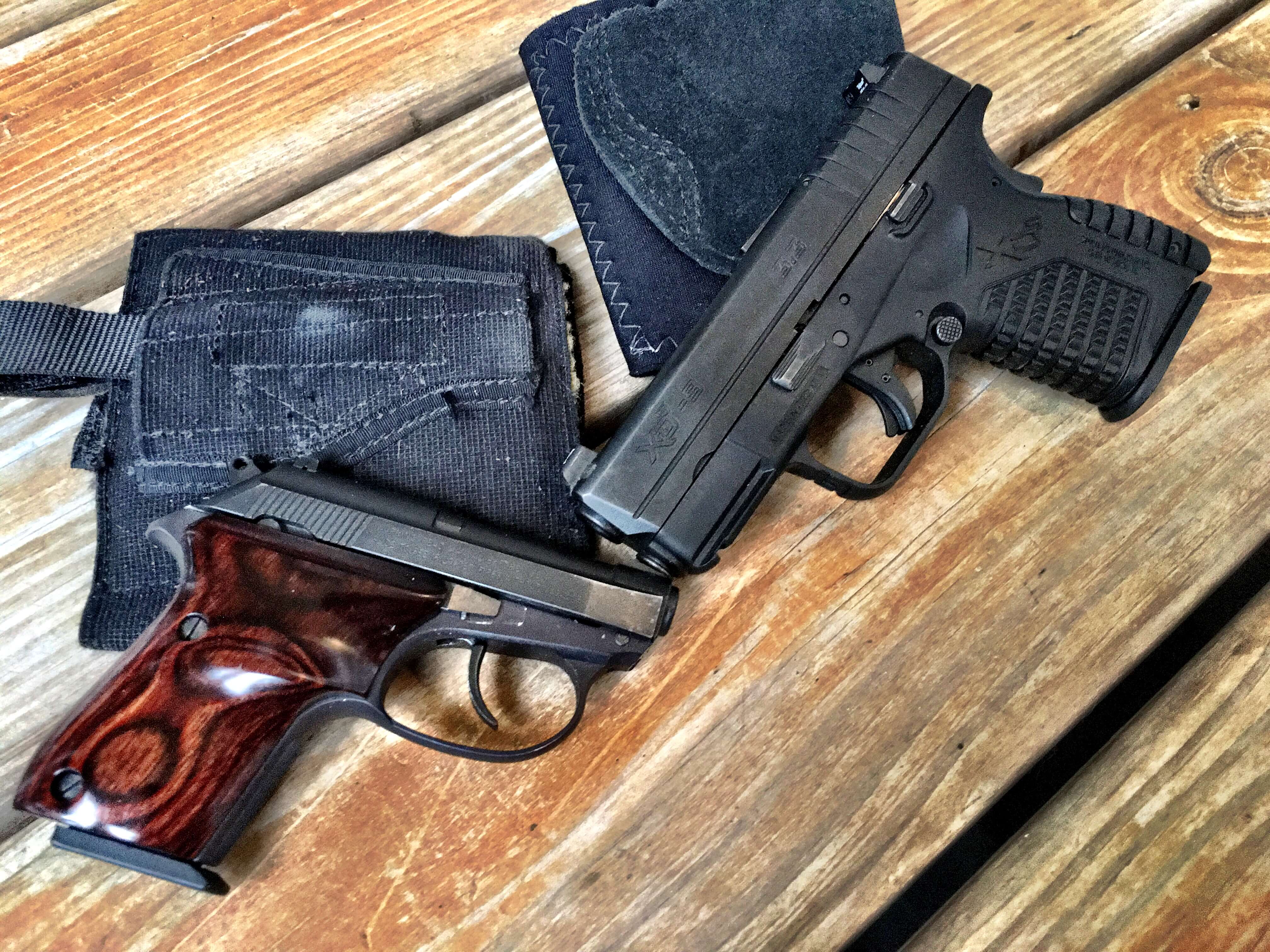 As long as a handgun is fairly slender and has a “short” grip, you can probably find an ankle carry holster for it.

As for primary carry, ankle is not for me. Yes, it’s easy and comfortable, but it requires two hands and some moderate gymnastics to access my firearm, so I’m not confident that it’s going to help me in most defensive situations.