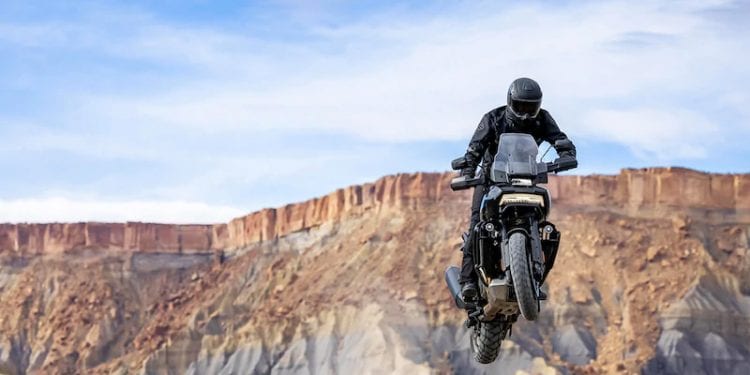 You may refer to it as an offroad bike or its actual name (Harley Davidson Pan America), but colloquially they* are calling it the Adventure Harley. This will be a Harley for those who prefer the more rugged and remote parts of the great outdoors, and who knows, maybe it will supplant the extraordinarily popular BMW R1200GS.

We know for sure it will sound better than the Beamer. Well, we hope that’s for sure. Why would someone not want a noisy Harley? 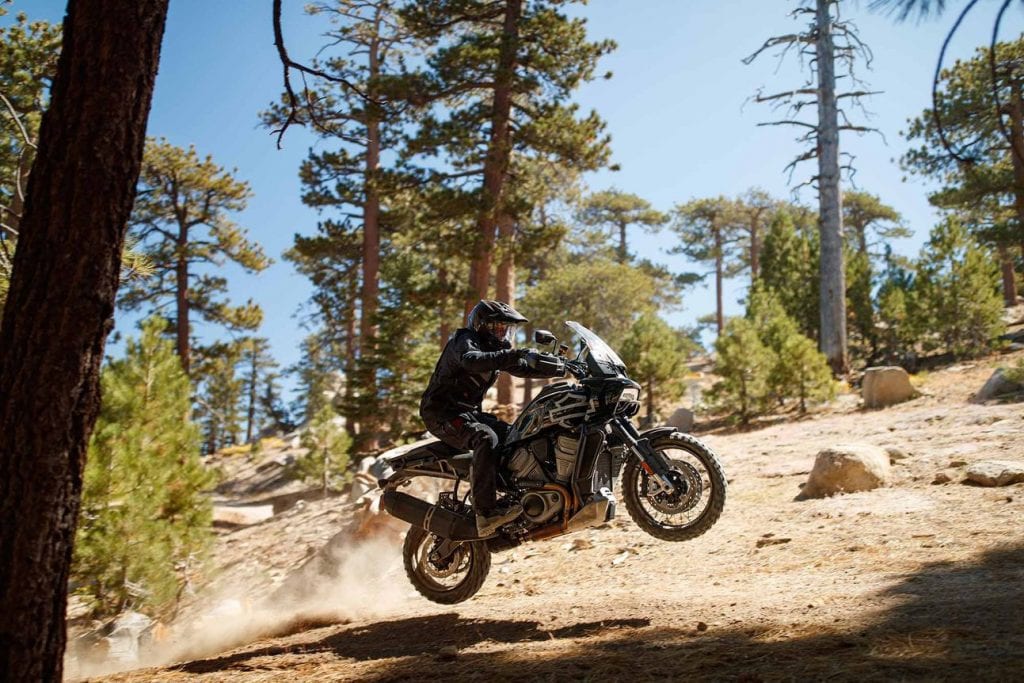 *And by they, we mean we, i.e. me, some imaginary friends, and the guys who tolerate me at GMWHQ.

Here’s the reveal video from earlier in February.

As we understand it, the new Adventure Harley will initially be offered as the Harley Davidson Pan America 1250. That version will reportedly be joined later in the year by a 975-cc version. Although word of the new Harley has been circulating for a couple of years now, we still don’t have too many details. Happily, it’s due to be released on 22 FEB 21 — so you’ll know in a week and a day!

Cycle World reported back in 2019 that the bike would be powered by an “…all-new liquid-cooled 1,250cc Revolution Max engine”, which is just vague-but-cool-sounding enough to pique interest. They went on to say,

“The all-new Revolution Max debuts in two displacements, 975cc for the Bronx streetfighter and 1,250cc for the Pan American. The liquid-cooled V-twin is a load-bearing component in both chassis, and the 60-degree vee provide space for dual downdraft throttle bodies. H-D claims the new 1,250cc engine will produce more than 145 hp and 90 pound-feet of torque…”

You can learn more of what we know, and what SMEs are speculating, on Motor Biscuit or Ride Apart.

Join the online launch event here on the Harley website.

We’ll update this when we know more. Meantime, get outside (assuming you’re not snowed in) and enjoy a Sunday Drive. 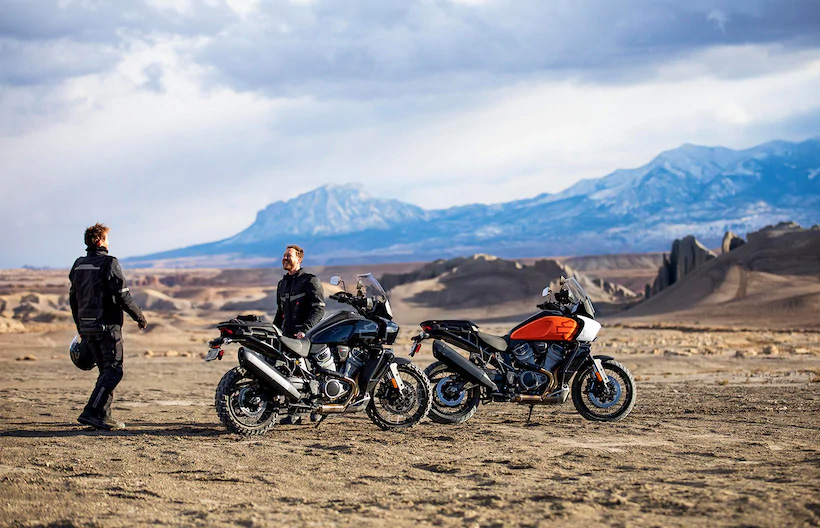 Harley’s new Pan America has been in the works for a couple of years now. We’ll see the final version on Monday, February 21st, 2021. If we don’t all freeze to death or fall victim to an out-of-control snowplow before then.