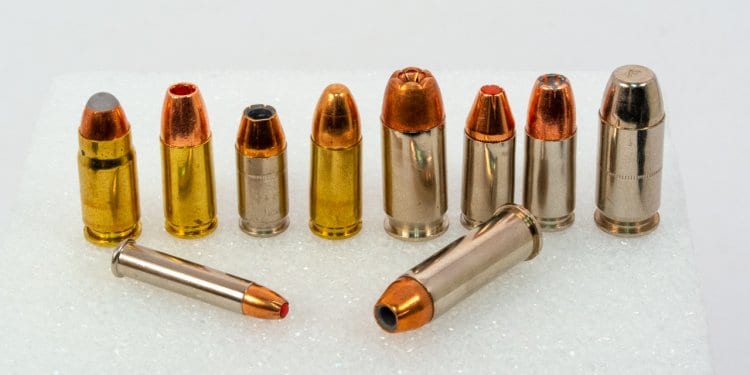 OK, so that was a trick question because there’s really not much to “knockdown power” at least in the literal sense. Sure, a cannon would certainly knock you over, but a handgun? Not so much. Let’s explain. 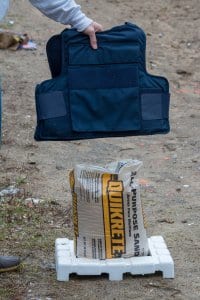 On one of those “let’s try this” days, we put a bulletproof vest on a 50-pound bag of sand and shot a bunch of handgun rounds at it. No caliber could even come close to tipping the bag over.

Handguns are certainly lethal and can cause all sorts of reactions in the recipient of a handgun shot. One who catches a handgun round might fall, jump, flinch, or do absolutely nothing at all. And therein lies the myth. There are lots of factors that cause physical reactions to a handgun shot. Among them are fear, pain, structural damage, or “electrical” damage just to name a few. What doesn’t happen is a physical “knock you over” force.

To grossly oversimplify the physics involved, think of two factors: kinetic energy and momentum. Kinetic energy, usually expressed as foot-pounds for ammunition, can be thought of as potentially destructive energy. Think about a a high-speed drill bit. That will certainly cause a ruckus in a piece of soft wood, but it won’t send that lumber flying through a plate glass window, or “knock it down” if you will. The other “energy” component is momentum. Think of that as the ability to physically move an object. When you whack one of those wooden balls with a Croquet mallet (OK, so few of us probably do that, but you get the point) the ball goes flying across the meticulously manicured lawn.

Back to handgun bullets. Even the venerable .45 ACP bullet has very little momentum. While there is plenty of kinetic energy (drill bit analogy here) there is not enough physical momentum to move anything of significance. If you take away the pain, fear, structural, and electrical damage factors, it’s just not going to “knock over” a 200-pound person. Yet people say it has knockdown power. 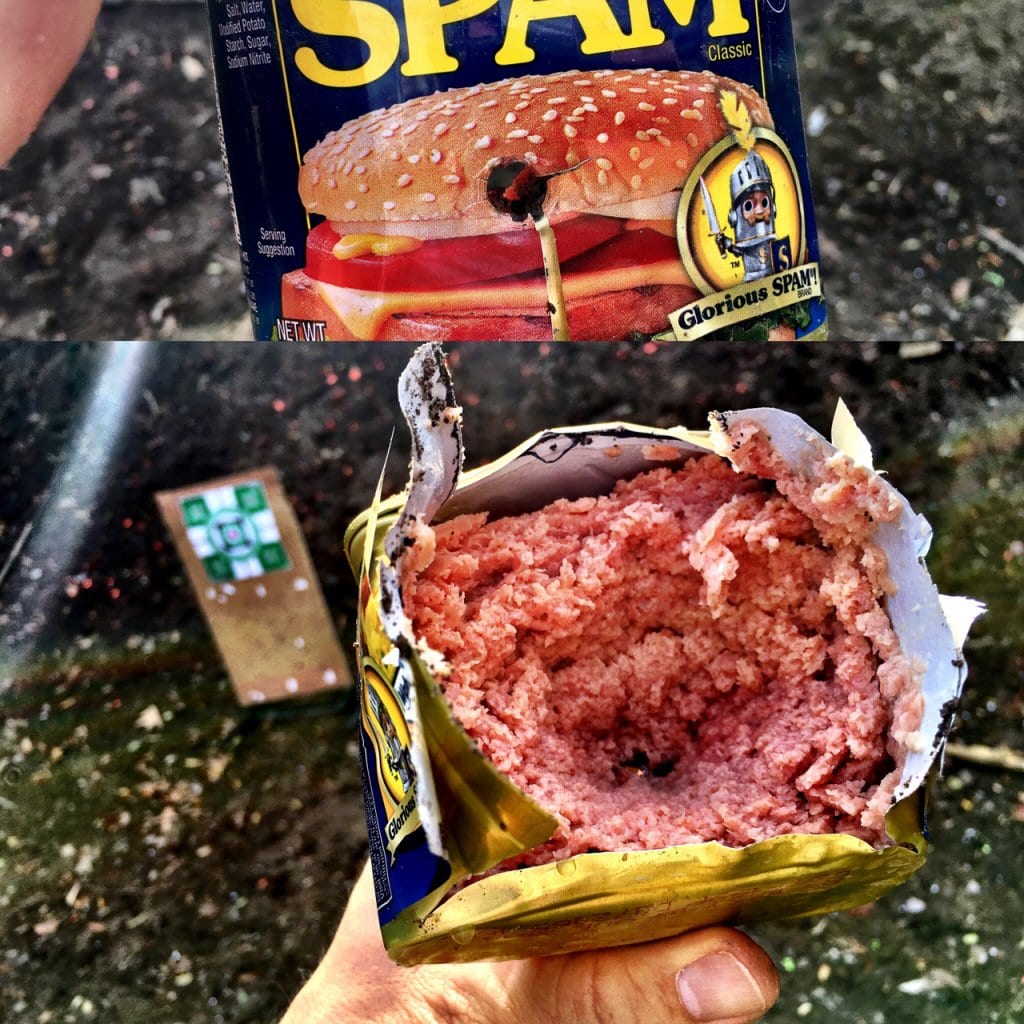 While a 9mm round did a number on this can of spam due to kinetic energy, it doesn’t have enough momentum to physically knock someone down.

It’s just the math. Don’t believe me? Next time you have the opportunity to shoot at an outdoor range, try shooting a couple of inanimate objects of different weight (be safe!) and see what happens. You might be surprised. That’s why it’s so important to be prepared with the skill to make shots count and to have the equipment in terms of spare magazines to account for the unpredictability of handgun effects on targets.