The Glock Rifle Patent: is a Glock Carbine coming? 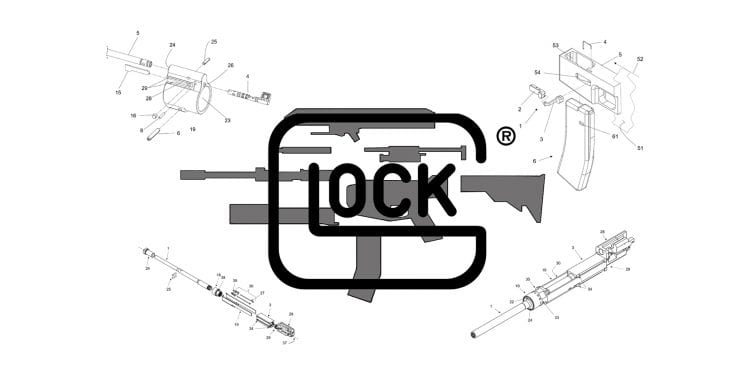 How does a giant enter a room?

The sound of his footsteps is the first indication he’s coming. At first, they’re faint, barely audible,  growing louder until you feel the impact of each step. That’s what seems to be happening right now with Glock.

The idea of Glock entering the long-gun realm is not new. Rumors of a Glock rifle have been floating around — rumored in some cases, wished for in others — for quite some time. Now, with the advent of a Glock rifle patent filed by Gaston Glock, those barely audible steps of rumor have changed to a felt impact. Talk (well, imagery) of a possible Glock carbine are now scattered across social media and assorted websites.

Glock fanbois, restrain yourselves. We know this is beyond exciting for you (hey, more moderate Glock aficionados are intrigued too), but keep in mind — the giant has yet to enter the room.

At this point, all we can say is that it appears that a Glock rifle (or carbine) is on the horizon. Here’s what we know, and what we don’t know. Most of what you’ll see below is based on information first exposed by SpartanAT, the German blog that first unearthed the Glock rifle patents.

What We Do Know

We’re not looking at a conversion kit. No, this is for an actual rifle with a conventional upper, lower, bolt carrier group, barrel assembly, and forend design.

Before we get started: a tip of the hat to the crew at SpartanAT for all the work you did on this. Thank ya’ll!

This is what the Glock rifle patent diagram looks like: 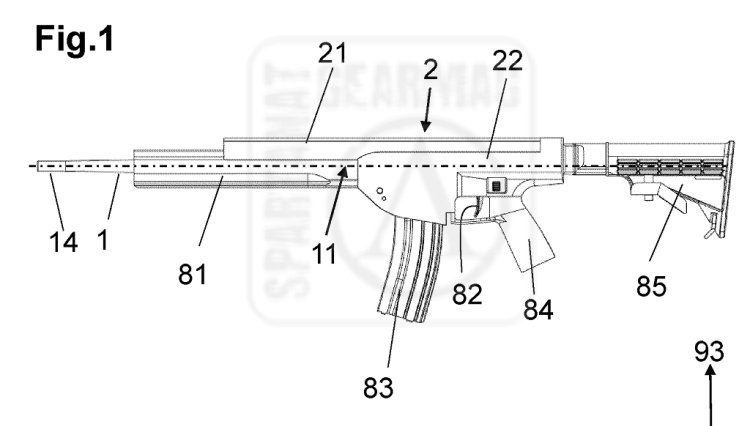 Diagram of the assembled Glock rifle. 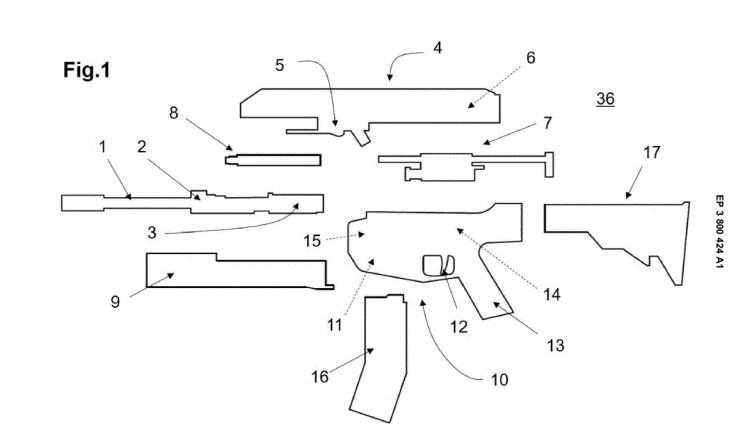 Diagram of the rifle, field stripped.

We can observe these features from the diagrams:

As SpartAN’s Dan says in the video, “[It’s like] nothing we’ve seen before.

It’s annular—no, not annual, or even glandular—annular, which is derived from the mathematical term “annulus,” meaning a flat shape like a ring; the edges being two circles that have the same center.

So, the annular gas piston head is ring-shaped and circles the barrel, as compared to above or below the barrel as seen in traditional systems. When propellant gases leave the barrel through the radial gas ports (angled back toward the receiver), the piston moves longitudinally along the barrel, acting on two push rods situated on either side of the barrel, which then act on the bolt carrier. 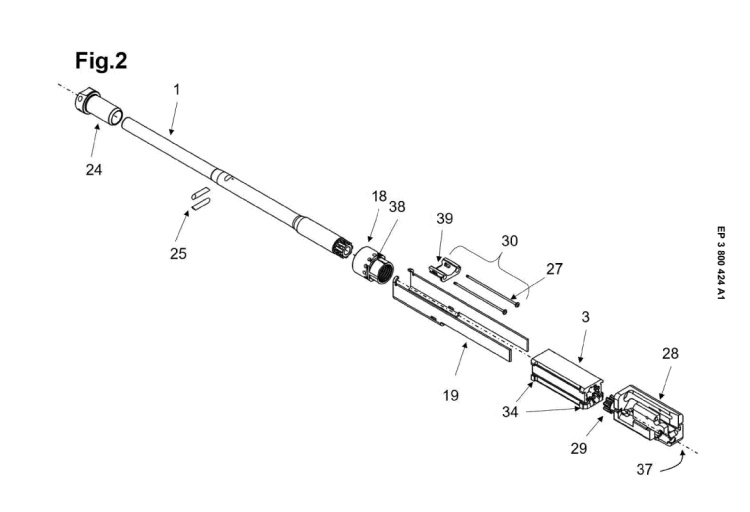 •The non-reciprocating charging handle, located above the barrel and within the forend, is ambidextrous and folds to the front when not in use. It’ll have a tool-less disassembly and it’ll be adaptable. 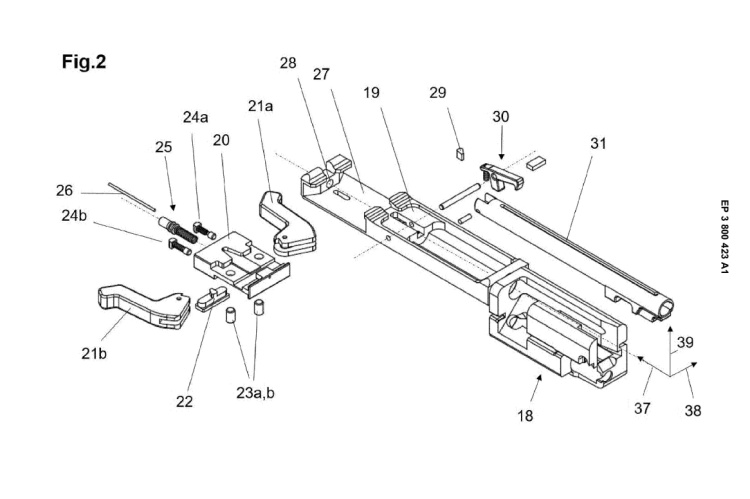 •The bolt carrier group looks similar to that of an AK since the spring is at the top of the carrier. It appears to be fairly small with few parts—something Glock is known for. •The barrel has two gas ports. •The Glock carbine will have a free-floating, quick change/interchangeable barrel. Glock carbine patent diagram of the quick-detach barrel. To attach, slide into position, twist, and secure with the clamping lever. •The two-part ambidextrous magazine catch system is similar to an AR-15 design, but without any springs. With the tool-less design the two-part magazine catch won’t have any screws.

What We Don’t Know

• Will it be an AR platform?  Semi-auto? Select fire? Both, neither?

• What caliber will it be chambered in? Most folks are guessing it’ll be in 5.56x45mm, but that’s conjecture only.

• What will it be made of? (Glock is the champion of polymer pistols, but it’s never good to make assumptions.)

• What about furniture – MLOK, KeyMod, Pic Rail, something new?

• Who will the Glock rifle be available to? Everyone, or military/LE restricted?

By the diagrams, the magazine looks similar, but not quite the same, as an AR-15-style mag. As of yet, there isn’t a patent for a Glock rifle mag. Maybe there will ultimately be a PCC that runs on Glock’s extant mags.

And, now we wait.

How long will it be before Glock, the giant we hear approaching, enters the room?

Take a closer look at the patent diagrams in this SpartanAT video.

Check back when you can, we’ll be updating this article as new info is available.