I think I first saw this film when visiting a friend from my art school days. He didn’t know an SMG from an FNG, but he knew a good film when he came across it. That was almost twenty years ago, and haven’t seen the Dog Soldiers movie since that VHS copy, but it’s always been a, “boy, I’d like to see that again” film.

And so, I was pretty happy to see The Critical Drinker, aka Will Jordan, give this film its due. Before we get rolling though, I do want to disambiguate Dog Soldiers, the film from Dog Soldiers, the novel (which is also totally worth your time).

Okay, okay, what’s the film about? In short: Soldiers vs. Werewolves. Specifically, British squaddies tasked to link up with a SOF unit in The Scottish Highlands are attacked by unknown creatures. Seeking refuge, the squad is picked up by a zoologist where they all hole up in a farmhouse.

I’m supposing that when you read that description you either hit the back button or lean in close.

For those leaning in:

As you’d hope, this film acknowledges its ancestors with pride. As Jordan tells it, this is “a film that gleefully references Zulu, The Matrix, Aliens and A Bridge Too Far. There’s even an off-hand callback to The Kobayashi Maru from Star Trek II”. For my money, this film also sings a tune directly from that other UK farmhouse siege film, Straw Dogs, (the 1971 Sam Peckinpah version, of course).

One of the things I enjoyed most about Jordan’s love letter to Dog Soldiers is just that, he’s really into it. And the same surely seems to be true of writer/director, Neil Marshall, later to earn fame for helming The Descent.

Amongst his many reasons for digging Dog Soldiers, Jordan gleefully lists off the arsenal that the surrounded squaddies bring to bear against the lycanthropes during the siege:

And there’s the list of soldier stereotypes that the film hangs on. I won’t prattle them off but here are two of Jordan’s descriptions for your consideration,

“Sgt. Wells, the embattled commanding officer of the squad [I’ll choose to let this slight to all sergeants lie]; and Cooper, a failed Special Forces applicant trying to keep a clear head despite the mayhem around him.” What, I ask you, is an Army film without a failed Special Forces candidate? It’s worth noting that Sgt. Wells is played by Sean Pertwee, he of Event Horizon and Fury.”

Okay, I’m reviewing a review of a film which, as a friend said last week, is “so meta”. I personally prefer to think of this endeavor as tautological, but same-same.

Anyway, I’ve given you a sense of what The Critical Drinker likes about Dog Soldiers, as well as what (or that) I really enjoyed Dog Soldiers all those years ago.

In the off-chance you don’t make the effort to see the full film (you fool), I’ll offer up some stand-out elements found within The Critical Drinker’s review. In no particular order:

As you crack another overly-hoppy IPA, I’ll leave this lament from Will Jordan, “It’s a real shame this film isn’t all that well known outside The UK.”

In response: We here at The Mag Life are here to help.

SA-80 (Sgt. Wells and all the squaddies, until they figure out they need live rounds)

H&K HK41 (Spoon and Pvt. Milburn, who trade at some point)

Dog Soldiers is on the Internet Movie Firearms Database (happily) and on IMDB. 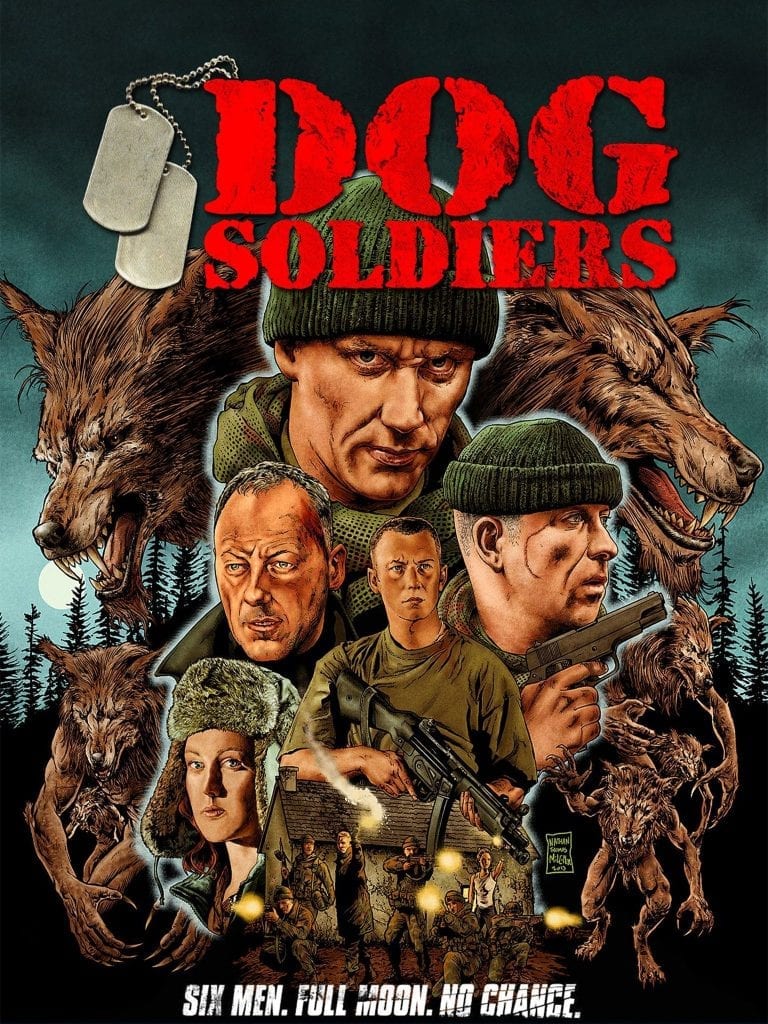 Note: Dog Soldiers was released digitally in 2020. Here’s the remastered trailer for that.

Scott Waters
Scott Waters escaped the North of England as a child and has lived in the occasionally frozen/occasionally fecund land of Canada since then. An epigrammatically jocose former Canadian Infantry soldier who got himself some "higher education", he became an artist and writer. These days he does some work with aid groups, dips his toes in the Army while continuing to dip his toes in art and writing. There is a general "toe-dipping" theme.