One of the big misconceptions about shotguns sits in regard to barrel length and pattern density. For many years the idea that barrel length affects shotgun pattern clattered about. The myth revolved around the idea that shorter barrel shotguns patterned wider and long barrel shotguns had a tighter pattern. This was an idea passed around for quite some time, and only recently has the old myth been overturned. 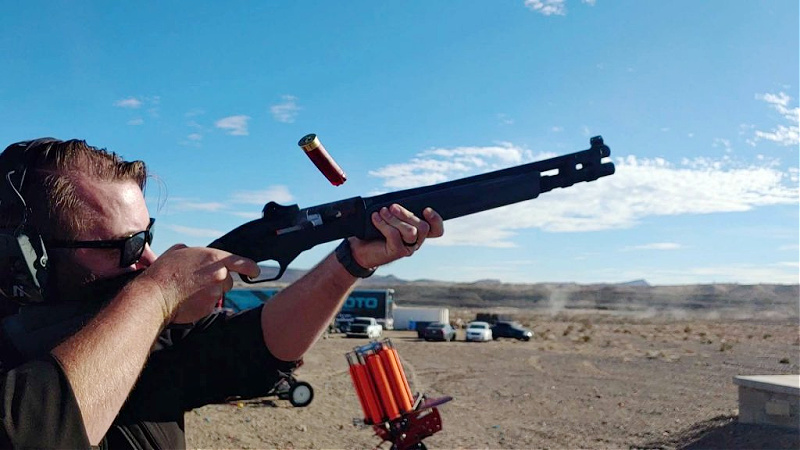 Shotgun barrel length has no real effect on the way your shotgun patterns.

How do I know? Well, I spend a lot of time shooting shotguns, and this includes barrels as long as 28 inches and barrels as short as 10-inches. Shotgun barrel length doesn’t affect patterning. What affects your pattern is your choke.

In a shotgun, the choke occupies the last few inches of your barrel. These devices apply a gradual constriction which delivers a tighter pattern. There are several different choke types that apply different levels of restriction to your pattern. Some are aimed solely at bird hunting, and others work for buckshot and birdshot. Some are so tight that slugs can’t be safely used with the choke.

The choke at the end of your barrel will be the main deciding factor in how your shotgun patterns, not barrel length.

Where did the barrel length nonsense originate?

I have two theories here. First, most shorter barreled shotguns are designed for tactical use and do not have a cylinder choke. A cylinder choke might as well be considered the absence of a choke. They do not tighten your load at all. Thus, it would appear that a Remington 870 with 18.5-inch tactical barrel patterns is a lot looser than a 26 inch Remington Wingmaster with a modified choke.

Second, I believe the idea came into play because of crude sawn-off shotguns. Bubbas taking a hacksaw to the barrel of their 26-inch Wingmaster will give you a shorter barrel while also cutting the choke right off of it. This results in a pattern much wider than before.

Those are my theories anyway. So now you know that shotgun barrel length has nothing to do with how a shotgun patterns.