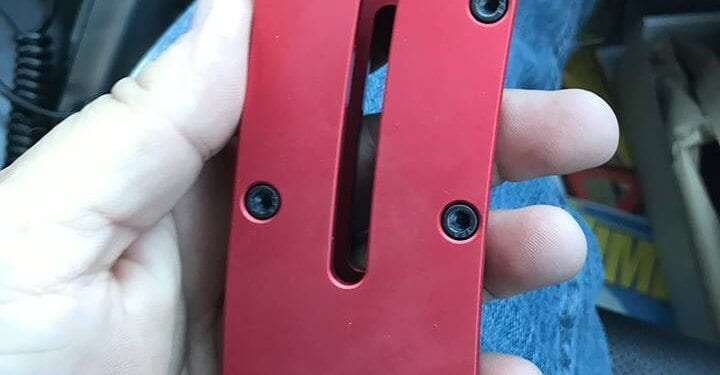 The popularity of pistol caliber carbines (PCC) has increased exponentially. This is in part due to USPSA’s inclusion of PCC into its own division. So now you can race with your PCC and be officially scored. USPSA has been dominated by handgun since its inception, however the market and popularity of pistol caliber carbines has caused USPSA officials to give them a serious consideration into competitive use.

I dabbled in PCC a few years back when I was living in New York state. I used my KRISS Vector carbine in local matches while waiting for my pistol permit to be approved. Pistol Caliber Carbines are quicker and easier to shoot than a handgun. Due to the fact that you are shooting from a more stable position with at least four points of contact: support hand, firing hand, cheek and shoulder.

Lately I have been shooting a lot more PCC and specifically my CZ Scorpion carbine. I even had some prototype +10 rd magazine extensions made to get 40 rounds in my Scorpion Mags. Well CZ Custom shop has done even better. They made an aluminum magazine extension that adds 20 rounds to your 30rd magazine. Giving you 50 rounds of 9mm.

Some of you may wonder if the magazines can hold up to all those rounds. So far I have not heard of these having issues. There are a handful of factory mags that have had cracked feed lips but CZ USA has been great in replacing them at no charge.

Why would you need 50 rounds of 9mm? Well its not a matter of need but a matter of speed. Reloading takes time. Yes there are some very skilled shooters who can reload faster than I can type the word “reload’ but if you can eliminate the time needed to reload then you will be faster than someone who has to reload. This is why I wanted 40 rounds in my Scorpion magazines.  Most USPSA stages have a 30 round count on average. Some stage designers like to increase that number for the open shooters who maybe rocking 29rd STIs or SV Infinities. So 40rds is an ideal number for me. 50 is a bit more than 40 but you know you will never have to reload in a stage unless something happens to the magazine.

The CZ Custom magazine extension come with an extended spring, that is actually the most crucial part of the extension. You can have a long extension but if you don’t have a spring that will push the rounds up into the gun, it is useless. The mag extension retails for $73.39 on CZCustom.com